4 Reasons Dolphins Deserve to Swim Free, not Suffer in Hunts or Aquariums! 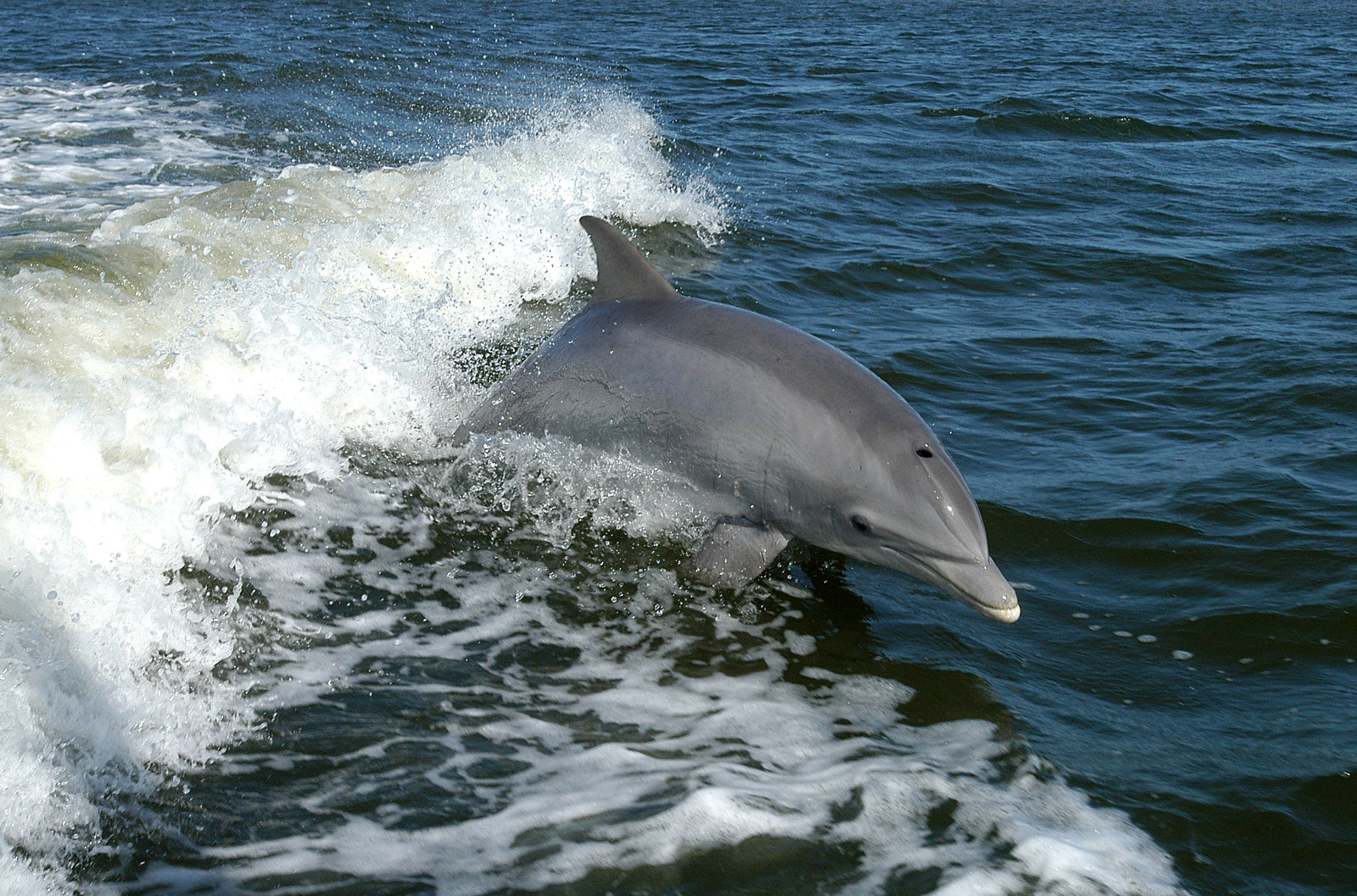 Dolphins are incredibly intelligent, complex beings. They have high levels of cognition, they show the ability to bond with their pods, and make for incredible parents. Watching dolphins play and interact with one another is quite incredible. It is no surprise that some people just go wild over these fantastic flipping critters. When you think about it, they’re basically the puppies of the ocean (if dogs could swim over 25 miles per hour, that is).

Sadly, this playful, energetic nature is what makes them a staple in aquariums and marine parks. While it might be fun to watch a dolphin swim back and forth in a tank, humanity’s interest in seeing dolphins in captivity isn’t all fun and games. We have learned over the years how detrimental captivity can be to a dolphin’s mental and psychical well-being and yet, we continue to keep these incredible creatures in tanks. Here are 4 reasons why dolphins deserve to swim free.

1. The aquarium industry is fueled by annual hunts and mass-slaughter.

Many different voices for the protection of dolphins and other cetaceans make the case that the slaughter of dolphins in hunts would not be possible were it not for the financial support of captivity sales. Sea Shepherd’s Cove Guardians go so far as to suggest that “the captive dolphin entertainment industry and the dolphin drive hunt in Taiji are directly and inextricably linked. Buy a ticket to a marine park and you are supporting the slaughter of these innocent, sentient beings.  Supporting a live dolphin show or participating in a confined swim-with-dolphin program anywhere in the world is the same as killing a dolphin in Taiji.”

Hunting dolphins is an expensive enterprise, one that is made all the more possible when each dolphin they capture live can be sold into captivity at $32,000 or higher. One ocean conservation organization, BlueVoice, says that though dolphin and whale watching in the wild has become more popular at the turn of the century, the continued demand for dolphins from the aquarium industry fuels the continuation of Japan’s dolphin hunts.

Paying to swim with, pet, and kiss dolphins in an aquarium or park might sound like a way to show you love dolphins, but it’s also sadly a way to fund their demise.

2. Entertainment routines might be pleasing to humans, but they damage dolphins.

Dolphins perform a number of routines for shows in parks and aquariums on a daily basis. On the surface, it might not seem any different from teaching your dog a few new tricks. But the behaviors dolphins are taught for our entertainment can actually pose a threat to their health. According to World Animal Protection, a dolphin that has beached itself for visitors to pet or kiss them can slowly crush their internal organs with their own weight if left for an extended period of time. Wild dolphins do not voluntarily beach themselves. Additionally, a dolphin making “cute” noises and bobbing its head for show is trained through food deprivation. Those dolphins aren’t waving to say “Hello!” they’re waving to say “I’m starving”.

3. A dolphin would never willingly call a fish bowl home.

Just as much as we wouldn’t want to (nor be suited to) live in our bathtub for the rest of our lives, dolphins express symptoms of psychological stress and biological illness under the undesirable living conditions provided to them through captivity. It is not a question of whether or not dolphins can have full lives in captivity anymore – it is fact.

The average lifespan of a dolphin at SeaWorld San Antonio is only four years.

According to the Animal Welfare Institute, “Statistics of dolphin deaths during capture and confinement prove that dolphins do not belong in captivity … captive dolphins are forced to swim in endless circles in artificial habitats, interact with unfamiliar dolphins and other species and perform behaviors that are unnatural and in some cases painful. Captive dolphins also face exposure to human infection, bacteria and chemicals and suffer from stress-related illnesses.” There are clear and important reasons why, as much as we might want an easy way to pay to see live dolphins, we cannot do so in good conscience.

Some even suggest that, with today’s technology, virtual aquariums could pave the way to a future in which dolphin and other cetacean captivity will not be defended as “necessary” for entertainment or education purposes. This way, dolphins could have their natural habitats, and we could study and be entertained by lifelike presentations of dolphins shown the way they would normally interact in the wild. After all, what we learn from captivity isn’t really how a dolphin naturally acts, but how they act under extreme pressure in a foreign place.

4. Captivity isn’t just unsafe for dolphins: humans are at risk, too.

While we generally conceive of dolphins as peaceful animals, and safety measures are required in scenarios where average aquarium and park visitors interact with them, this doesn’t rule out unfortunate accidents: “Although not naturally aggressive to humans, cetaceans in  captivity have inflicted serious injuries — including broken bones and internal injuries — on people who have been swimming with and petting them.”

Additionally, dolphins are still living, breathing animals, who need to do things that most animals do – they can produce as much to five times more urine and feces than human beings, and when confined permanently together in small living quarters, amass a great deal of waste that can be sprayed onto nearby human visitors. This has the potentiality to transmit several diseases – you definitely didn’t go to SeaWorld with the intent of getting a lungful of dolphin poop!