Can It Be True? Liberals and Conservatives Actually Agree on Animal Rights? 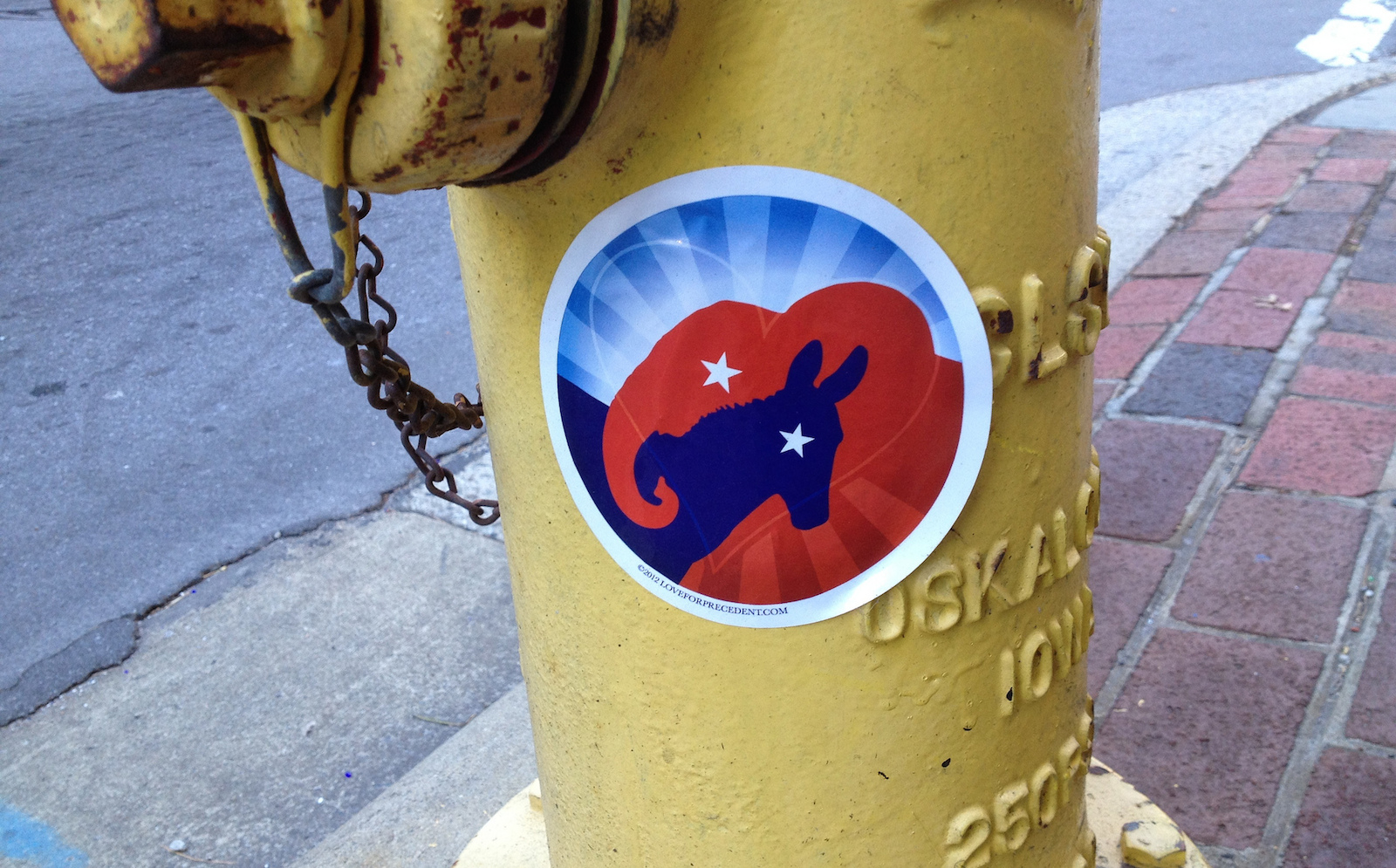 Animal welfare and rights have long been considered a fairly liberal and left-wing issue. The “hippies” of the world appeared to be the only ones truly invested in the lives of animals (just look at that wild, liberal Cory Booker!).

However, recently, animal welfare has started riding the line between left wing and right wing. Conservatives are not only coming out as vegetarian and vegan, but some right wing politicians are starting to support more ethical treatment of animals, specifically in the farming industry.

Although many have been saying it all along, animal rights is an issue that should transcend political views. And it seems like we may finally, as a culture, be seeing changes that indicate acceptance of animal welfare as a problem that needs attention across the political spectrum.

Conservative animal rights activist and PETA staff writer, Alison Green writes “when you think about it, there’s nothing partisan about compassion. And conservatives, who have as much heart as anybody, shouldn’t want there to be.”

Matthew Scully, speechwriter for several politicians, journalist, vegan, and animal rights supporter, has long been an advocate for this way of thinking. Scully, who has is also an avid pro-life supporter, feels that animal rights should be considered as an issue in the same category as the debate on abortion. Many conservatives fall into the pro-life category. What doesn’t make sense is their common feeling that animals are less important. Scully feels that, as humans, we are responsible for caring for the “weaker” creatures. This means taking a stand towards abuse and cruelty to both children and animals.

“Compassion for animals doesn’t drain away some finite reserve of moral energy and idealism, to the detriment of human welfare, but surely adds to the supply,” writes Scully in his article Pro-Life, Pro-Animal. As a vegan, he doesn’t understand how farming practices continue to be so inhumane.

Farming practices are typically considered a “necessary evil” for human survival. Unfortunately, in recent months, farming practices have been used as political tools. New Jersey Governor, Chris Christie, had the opportunity to support progress in the plight of farm animals, and instead, chose to use the opportunity for perceived political gains. Republicans and Democrats had come together earlier in New Jersey to change legislature and ban the use of inhuman gestation crates for pigs at factory farms in the state. Although 93 percent of New Jersey citizens supported the legislation, Christie vetoed it, reinforcing the idea that Republicans have little concern for animal rights. Christie’s decision to veto the bill is thought to have been influenced by his desire to gain favor with Iowa pork producers, in the off chance he runs for President and needs their money … sorry, mean “support.”

But just because Christie’s actions were clearly politically charged does not mean that the political divide on animal welfare issues is as stark as we like to believe it is.

Although farm animal issues tend to be the ones most widely addressed by politicians and effected by legislation, it is hardly the only form of animal cruelty in our daily lives. Conservatives can be found in other areas, fighting alongside Liberals for change, as well. Earlier this year, for example, Senator Bob Smith, a conservative, delivered a speech against elephants being used in circuses to his colleagues.

“People say I’m an animal rights nut,” Smith stated. “I’m not. But they [animals] don’t have a congressman to speak for them.’’

In fact, Smith’s argument against keeping elephants in circuses highlighted the very real threat to public safety that keeping wild animals in close proximity to humans poses. Smith’s argument was incredibly rational and took into consideration the basic fact that we know to be true about elephants, “they hate being held in captivity” and as the result, they can lash out, just as any other frustrated sentient being would.

“This is not an unreasonable concern,” said Smith. “How do you stop an elephant if it goes berserk in the Capitol?”

Tony La Russa, manager of two different baseball teams and outspoken member of the Tea Party, has recently not only come out as an animal rights activist, but is actually doing something for animals. He established Tony La Russa’s Animal Welfare Foundation, a rescue that provides shelter care for lost and abandoned cats. La Russa has even publicly renounced eating meat.

A matter that considers public welfare should hardly be a polarizing issue, even if it means allowing certain animals basic rights and freedoms.

Another area of animals rights that spans the isle is animal conservation. Protecting wild animals is an issue that has historically gained support from people and leaders of all political affiliations.

Looking back, President Nixon was the one who signed Clean Air Act, the Endangered Species Act and the National Environmental Policy Act. President Bush expanded the clean air act, and Republican presidential candidate John McCain was in favor of climate regulation. None of these men would have been considered a liberal “hippie” by any means. They were conservatives who supported preserving our Earth and the animals on it. These are the same principals that should convince people across the country to support animal rights.

Proof Liberals and Conservatives CAN Be Friends

In 2014, all 50 states finally passed felony animal cruelty statues. The U.S. military announced that it will end the use of live animals in medical training. Many other animal rights issues are continuing to be considered by politicians, a clear sign that political parties are coming together to support animal rights and welfare. There are groups of right wing vegans with hashtags like #tofupartypatriots coming together. It is no longer unusual to find a conservative animal rights activist.

Certain things, such as animal cruelty, are fundamentally wrong. It doesn’t matter what your religion, your political affiliation, or where you are from. Thankfully, this is finally beginning to be universally accepted, especially in the area of animal rights. People are coming together not as “liberal” or “conservative” activists, but as activists.