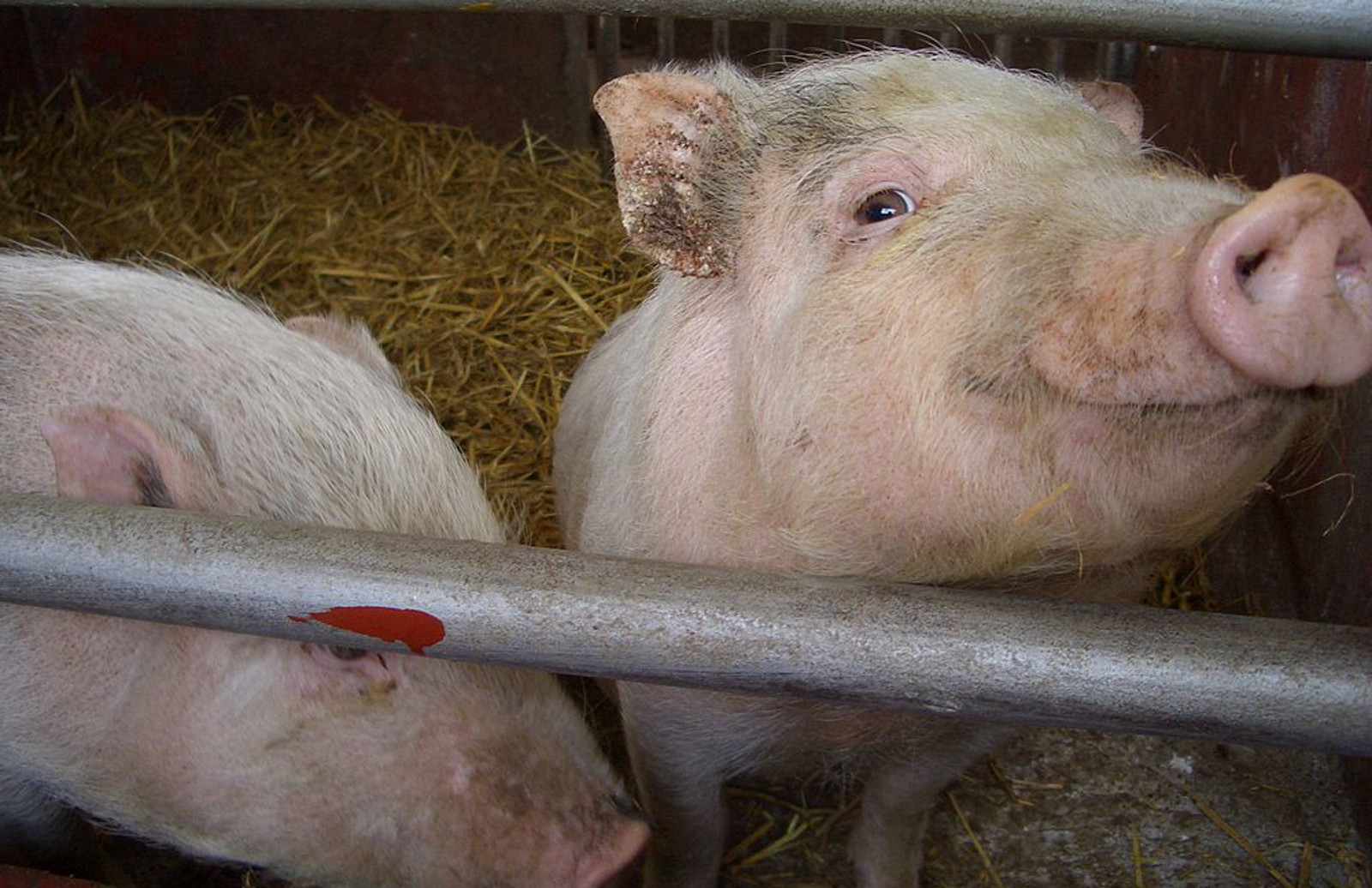 The growth of industrial farming has transpired in part because there is a lack of government regulation regarding the standards of care and treatment for livestock and animals. Unfortunately, maximizing production at a minimal cost usually comes at the expense of the welfare of the animals living there (not to mention the planet). Most live their entire lives indoors confined to spaces so small they’re unable to turn around and are subject to abuse that would be illegal if they were not considered “commodities” – rather than animals.

As more people are made aware of the horrible conditions that animals on factory farms are forced to endure, more are choosing not to support this cruel industry. When consumers learn the truth about where their cheap animal products come from, they become much less inclined to continue purchasing them. Some are even inspired to take action against the animal agriculture industry.

There are many passionate people who have made the decision to lend their voices to animals suffering in factory farms and the results are pretty amazing. Although we haven’t won yet, we’ve certainly made some incredible progress in moving away from large industrial farming. It can seem at times that nothing but negative news comes from the subject of factory farming, but it is important to stay motivated for the sake of the billions of animals whose lives are at stake.

Don’t lose sight of the bigger picture and remember these four reasons we’re confident society is starting to head in the right direction:

1. Gestation Crates Are on the way Out!

Gestation crates are designed to restrain pigs in the pork industry. These crates are so small that most pigs never see their tails for their entire lives.

Chipotle and Whole Foods have prohibited the use of gestation crates since early 2000 and finally others are starting to follow in their footsteps. Fast food chains like McDonalds, Subway, Campbells, Qdoba, Hardees, Sonic and The CheeseCake Factory all have policies pledging to completely eliminate gestation crates from their global supply chains.

Not to mention, Target, Costco, Marriott, Royal Caribbean and Carnival cruise ships have all pledged to completely eliminate gestation crates from their global supply chains before 2022.

2. Chick Culling Might Soon Become a Thing of the Past

The slaughter of male chicks at birth is a major issue in the egg industry. Males are not considered commercially viable to egg producers and as the result they are separated from the female chicks and killed in high-speed grinding machines.

Unilever, the worlds third largest producer of consumer goods, purchases eggs for Hellmanns, Ben & Jerry’s and Slimfast. In early October of this year, Unilever announced that they will work with the egg production industry as well as the animal rights community and research groups to develop an alternative that can put an end to chick culling. Unilever is one of the industry leaders, so their movement away from this cruel practice is sure to set a positive trend.

Conditions for livestock have improved in recent years in large part because of the animal rights groups exposing the inhumane treatment occurring on many factory farms. Some states have shot back by proposing ag-gag bills that would criminalize journalists and activists by making it illegal for them to publicize their findings.

Thankfully politicians are beginning to see how harmful these laws can be. In 2013 there were 15 anti-whistleblower bills proposed and not one of them passed; let’s make sure they never do. What can you do to help? Continue to share the information and investigations of the factory farm industry with those you know. You can also write a letter to your state legislator to let them know you’re opposed to anti-whistleblower laws. Find out where your state stands here.

Potentially the biggest sign of progress against factory farming does not come from the animal agriculture industry at all, but rather it comes from us, the consumers. The progress made to improve the welfare of animals in these farms (even if it seems small) was ultimately made in response to consumer demands. As more and more people stand up and refuse to purchase animal products because they do not agree with the extreme cruelty animals on factory farms are subjected to, the industry is forced to change. The end of chick culling and gestation crates would never have come about if consumers didn’t stop buying from brands that they knew use these practices.

It’s true what they say, knowledge is power. The animal agricultural industry can only push for more anti-whistleblower laws and continue the inhumane treatment of their animals if the public turns a blind eye to the issue. If we keep talking, they’ll have no choice but to keep listening.

Perhaps the biggest steps away from factory farming have not been made by corporations, but by consumers. Just look at how popular non-dairy milk and meat substitutes are becoming. When we make choices with our dollar, there is incredible potential to make a positive impact.