This Baby Elephant May Be Cute, but Here’s Why He Doesn’t Belong on a Beach 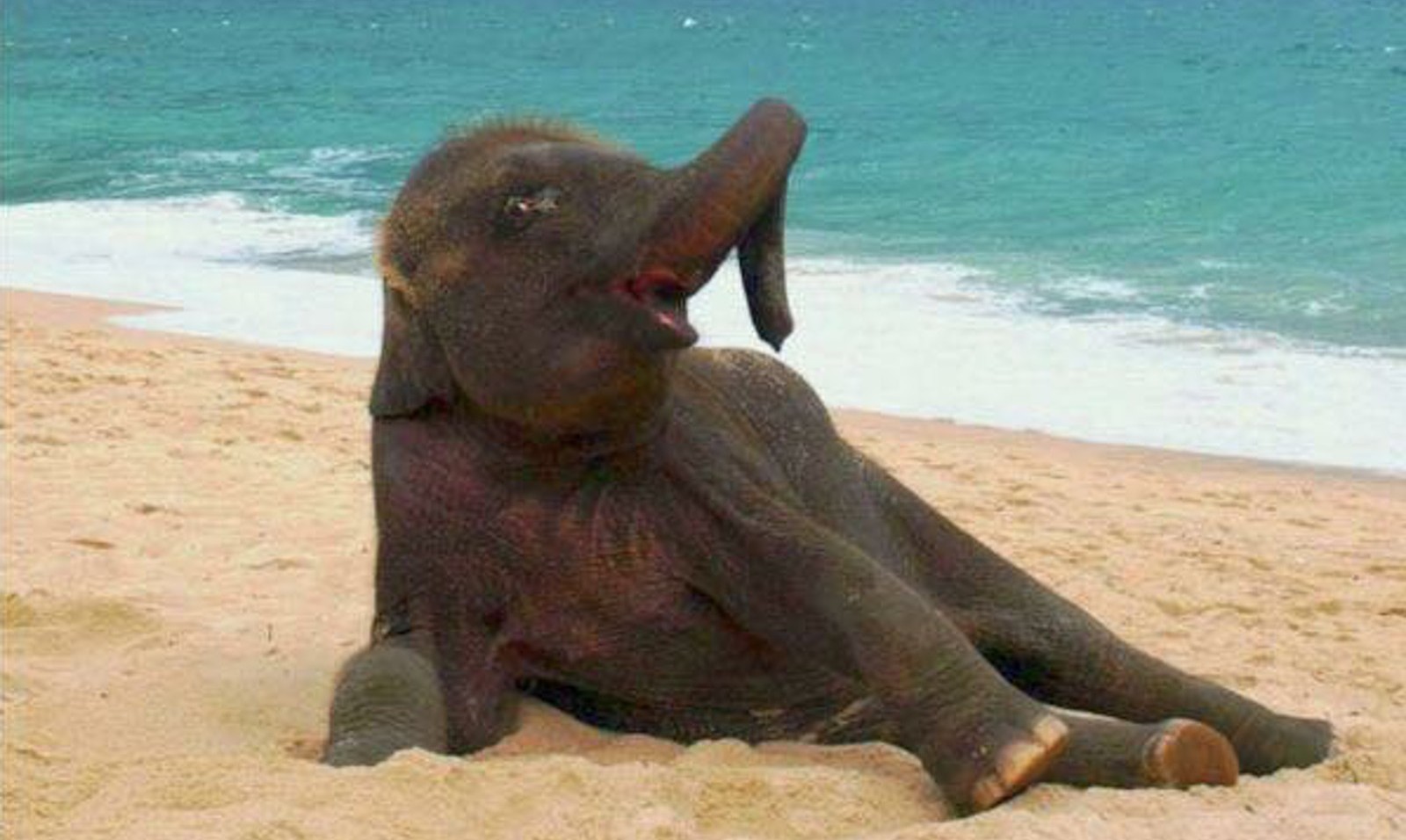 Ah, beautiful pictures of animals – who doesn’t love them? A video of a wild elephant herd looking after their younger members, for example, or a picture of some rescued farm animals snuggling together, is enough to make any animal lover sigh with joy. Sharing photographs and videos of animals can be a great way to spread the message that other species are not so different from humans when it comes to their ability to love and be loved. Social media is a powerful tool for education on a range of issues that affect these animals’ lives, such as factory farming, species extinction, or the pitfalls of captivity.

However, there are certain animal pictures that you should think twice about sharing. One example of this might be a picture of a tiger cub posing with a tourist. Tiger cubs and other big cats are often exploited by roadside zoos and other captive animal attractions, where they are used as selfie props by unscrupulous “carers” who then cruelly discard the animals once they are no longer small and cuddly enough. It is common practice to separate the young clubs from their mothers and starve them in order to render them as small and docile as possible.

It can be hard to tell, at first glance, whether a cute picture or video is exploiting the animals involved. One simple question you can ask yourself is: is this animal engaging in a behavior that comes naturally to them? Another important consideration could be: is the animal in their natural habitat, or perhaps in a reputable animal sanctuary that protects them from human interference and aims to replicate their wild habitat as closely as possible? If any of these questions cannot be satisfactorily answered, the best policy is to avoid promoting that particular picture or video as “cute” or “funny.” Chances are, the situation is far from cute for the animals involved.

This is the case for the baby elephant named Spunky below, who has been forced to pose for photographs on a beach. 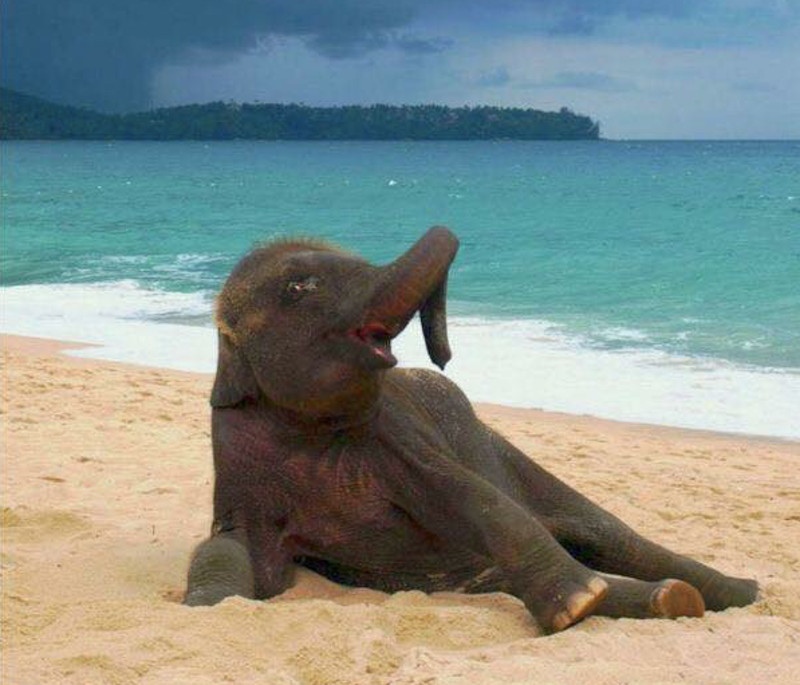 There is no doubt that Spunky looks adorable, but elephants are not naturally inclined to hang out on the beach. As part of the widespread elephant tourism industry that persists in certain parts of Asia, baby elephants are often forced to go into the sea for the amusement of tourists. A nail is typically pierced into the baby elephant’s ear, urging them to move into the salt water. From the perspective of the tourists, it looks as though the elephant is being guided into the sea, but they are in fact being stabbed into submission.

A beach environment is unsuitable for elephants, due to a lack of shaded areas. Salt water is also too abrasive for their sensitive skin. In addition, most baby elephants who are put to work in this way have been torn away from their mothers at a very early age, and will likely be forced to work in a trekking camp once they are older. Spunky may look as though he is having fun, but the truth behind the elephant tourism industry is anything but.

Whenever videos or pictures of wild animals in unnatural situations are shared, it should always be accompanied by a critical analysis of why they are harmful to the animals involved. In this way, they can be used as educational tools, helping others to recognize harmful pictures (and speak out against them) whenever they see them in future. For more information on how you can avoid indirectly causing harm to animals by promoting pictures or videos that portray their exploitation, read the articles below.