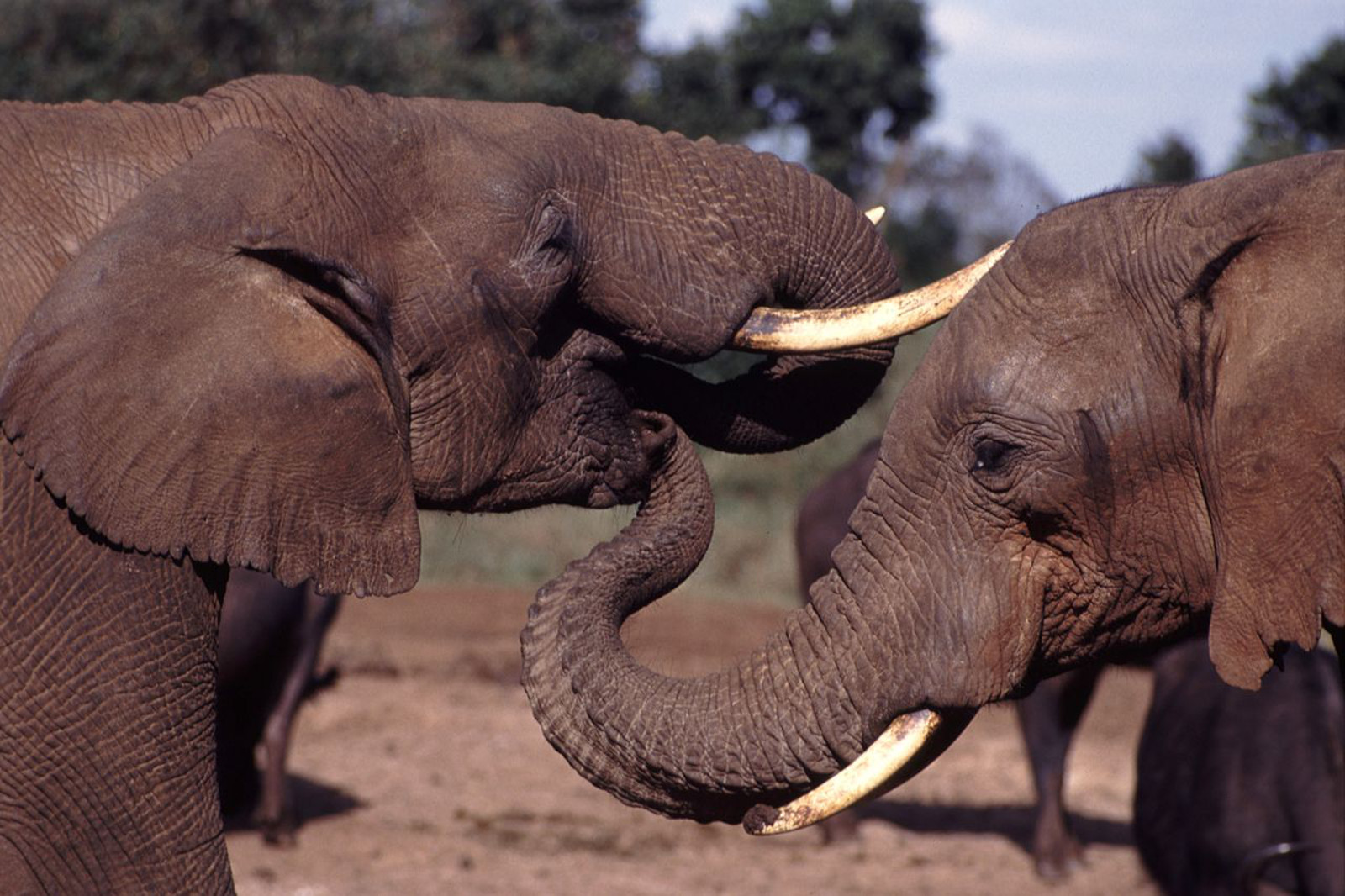 When it comes to animals, humans still have a lot to learn. We forget that some animals are also capable of most of the same behaviors that we have – we just don’t see them because they might do them differently.

We often forget that animals are capable of feeling the same emotions we do and sharing similar bonds with friends and family. The result of this willful “forgetfulness” is reflected in the way we treat animals. We separate them from family and friends, place them in captivity for our own entertainment, or even condemn them to life on a factory farm until the day they are turned into one of our meals.

A major step towards ending this vicious cycle of forgetfulness is to practice compassion. Animals really are not all that different from us, save the tails, fur, or scales. So, let’s for a minute take a look at all the ways that animal families are just like our families.

While males live relatively solitary, female elephants live in highly bonded herds. PBS says that in a herd, the matriarch will rule over a multi-generational family with six to 12 members – consisting of her offspring, sisters, and sisters’ offspring. Elephants have long been known to rush to the aid of babies caught in strong river waters, or stuck in mud, or staying to mourn the death of a herd member.

Back in 2012, two herds of South African elephants made their way to the house of Lawrence Anthony – the conservationist who saved their lives. They stayed at the house for two days apparently mourning his passing, according to Belief Net. It had taken them 12 hours to reach the house, not having visited in a year and a half.

Wolves may have even stronger bonds between the alpha male alpha female dogs. Defenders of Wildlife says that some may even sacrifice their own lives to protect the rest of the pack. It was once thought that wolf packs consisted of unrelated individuals who often fought each other for dominance till L. David Mech researched wild wolves and debunked the idea. He found that the pack consisted of the mated alpha pair, their puppies, and some adult offspring from previous litters.

Sarah Heimlich provided the first evidence suggesting matrilineal (individuals linked by maternal descent) social organization in killer whales in the 1980s. According to the report “Conservation Plan for Southern Resident Killer Whales (Orcinus orca)” prepared by the National Marine Fisheries Service, the members of these groups from extremely strong bonds and individuals rarely separate for longer than a few hours. Even offspring live with their parents for their entire lives.

Dolphins exhibit strong social bonds and are a species that only exhibit caring behavior towards their own species but also towards others as well – they have saved humans from shark attacks and drowning, and have also helped seals and whales. The first time dolphins were recorded trying to help save another dying dolphin was in 2013 when five individuals formed a raft with their bodies to keep an injured dolphin above the water, with ten others later taking turns to do so, according to the BBC.

Lions are the most social of all the wild cat species, and live in prides. While males have a harder life once they become older, The Big Cats says that old females even with missing teeth are waited on and shared food with. Nuzzling is not just a cuddly behavior, lionesses lick each other and males rub their heads to strengthen social bonds says the Business Insider.

Bio Expedition says that there is a strong social structure within chimp troops. The mother-offspring is so strong that, even after they grow up into adults, they will continue to have affection for and care for their mother. Like with lions strengthening social bonds, chimps socially groom each other not only to clean off each other’s bodies but to reassure each other as well as to maintain friendships, says the Canisius College Ambassadors for Conservation. The site also says that chimpanzees live in communities with different sub-groups similar to human society, with a male chimp gaining the support of other community members to help him become an alpha male.