We humans have a very weird tendency to anthropomorphize animals. Maybe it stems from the adorable animated movies in which birds help a cruelly maligned heroine clean her house. Maybe it stems from an innate desire to cuddle things that we find cute. It would take a lot more psychoanalyzing than we care to attempt in order to come to a consensus on why we do this, but the fact is people like to snuggle up to a wild animal and interact with it as if we’re suddenly going to exchange phone numbers and start texting each other the next time a Real Housewives marathon is going on.

The issue with that is, animals kinda don’t feel the same way. And by kinda, we mean that aren’t into this at all. Baby tigers and elephants don’t wake up in the morning, dreaming of being taken from their mothers so they can pose in a selfie with us and dolphins would totes rather be in the ocean with their pod than in a petting pool with a bunch of strange people.

That’s not to say that anyone is wrong for loving an animal so much that they want to commune with it. Far from it. It’s a completely understandable desire to see a being that you care about up close. The problem is, that desire is one-sided and forcing an animal to spend quality time with you at the detriment to said animal doesn’t show that you care. In fact, it’s kinda stalker-y. For reals, it’s creepy. Stop.

There are no captive animals that made it to the zoo, circus or theme park because they waltzed in there and said, “sign me up!” What’s more, there are a few kinds of animals that seem to be the go-to’s when it comes to “animal encounter” experiences. Here are the reasons that paying for a shot to cuddle with one of them isn’t the right way to show those animals that you dig them.

Taken from their mothers at eight weeks of age or even earlier so they are not dangerous to handle, these tigers become socialized with humans as they’re used as a tourist attraction, which makes them unsuitable for ever being released back to the wild. 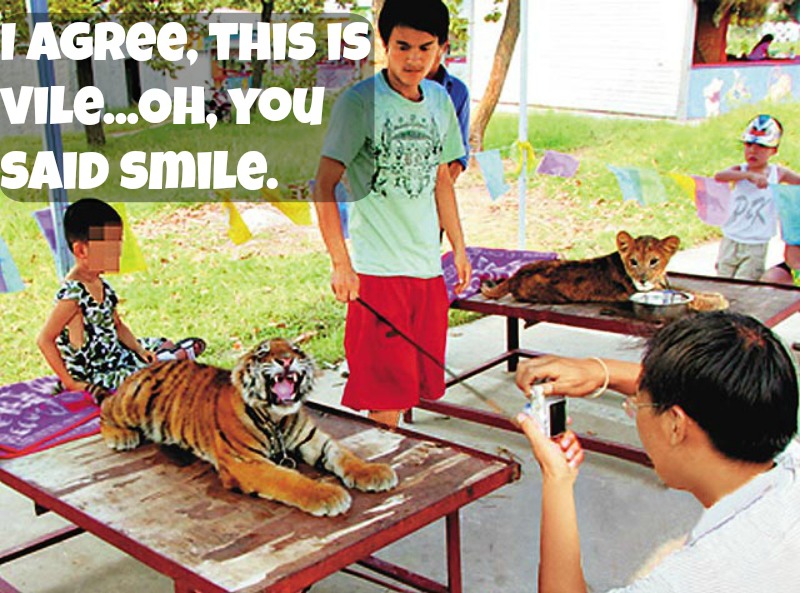 Nocturnal and naturally shy, the fascination with endangered and protected Slow Lorises for tourists in Thailand subjects these little guys to a lot of stress. That’s not to mention that they’re also poisonous, so their teeth are pulled prior to handling so they can’t bite anyone. 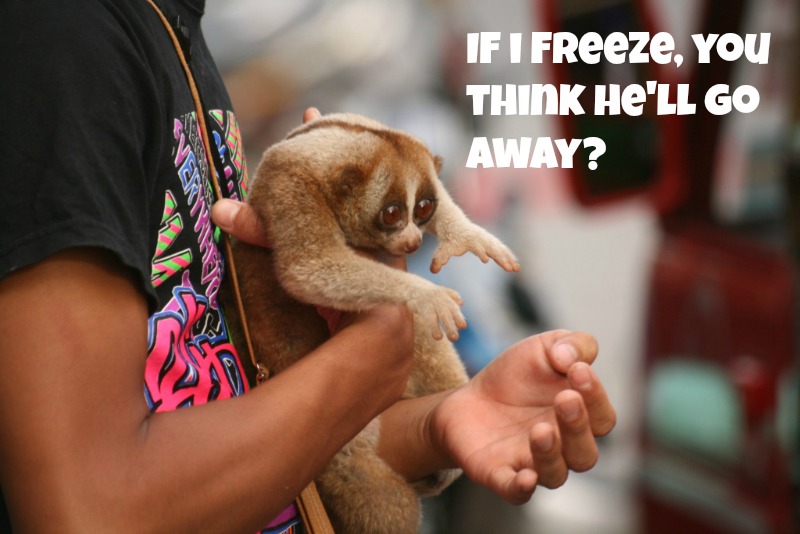 Baby elephants used in tourist animal encounters aren’t there because they want to be. Taken from their mothers at a very young age, these animals are “broken” to render them docile enough to interact with the general public and then subjected to painful punishments (like nails in the ear) if they appear not to follow directions laid out by their handlers. 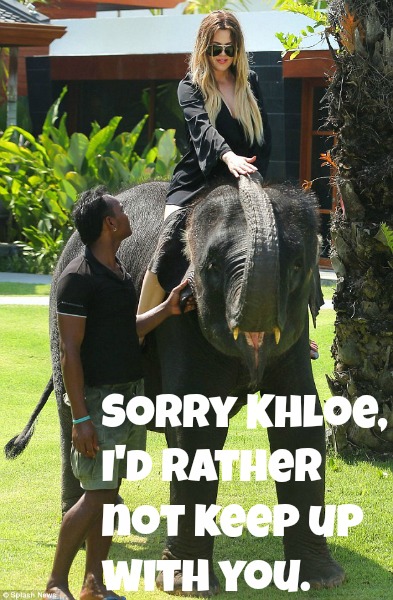 When not kept in aquariums and left to swim around in small tanks, tourist opportunities in the Cayman Islands allow sting ray encounters where boats full of tourists can swim with them in open water. This might not seem so bad, especially considering that it’s illegal to pick the rays up. Unfortunately, reports of rays being hit by boats or injured by overzealous tourists while tour operators look the other way serve as another reminder that animals in the wild should be left alone. 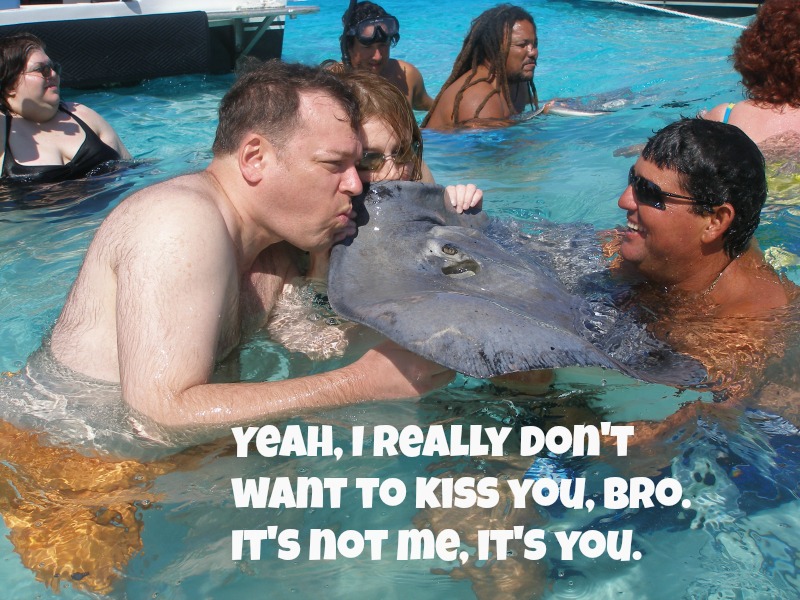 Baby elephants aren’t the only pachyderms that suffer when included in tourist attractions. Young or fully grown elephants are used for elephant trekking experiences, particularly in Thailand and Vietnam. Elephants used for this purpose are kept isolated in tourist camps, trained using nails or bull hooks, and suffer sunburns and blisters along with back injuries from carrying more weight than they were ever meant to. 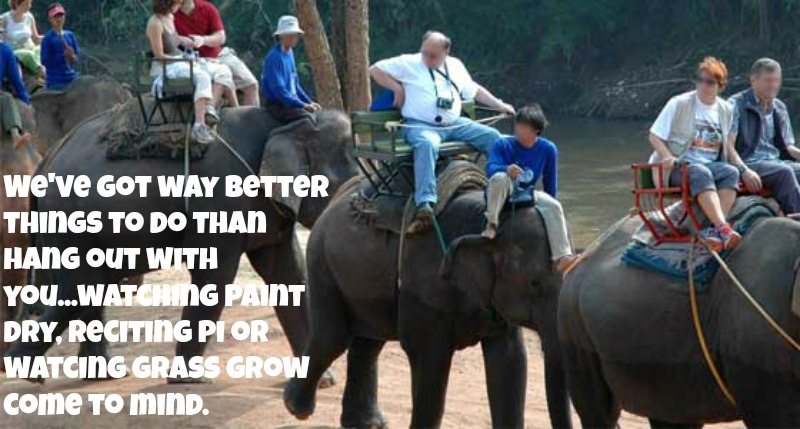 Dolphins are highly social creatures that are used to swimming large distances in a given day. As the central attraction in dolphin encounters, they’re not just subjected to potential injury or disease from the humans they’re forced to do tricks with, they also suffer frequent intestinal issues and even death from eating the various things  those people drop in their tanks. 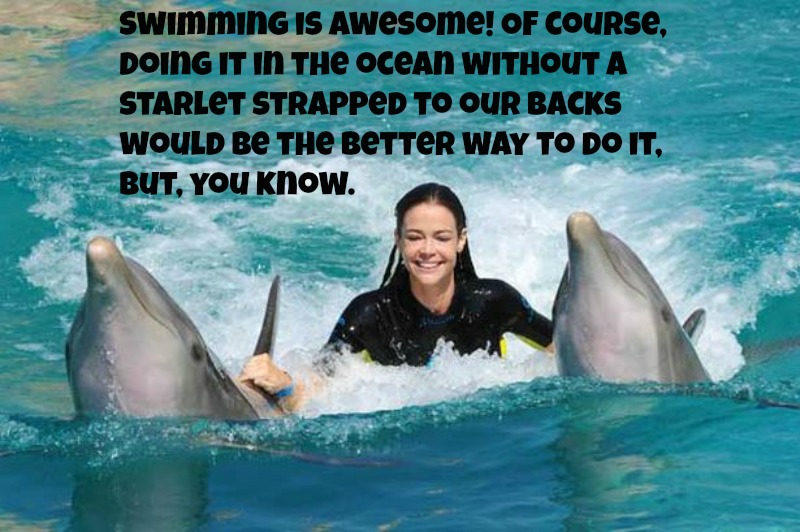 Lead Image Credit: What I Vegan