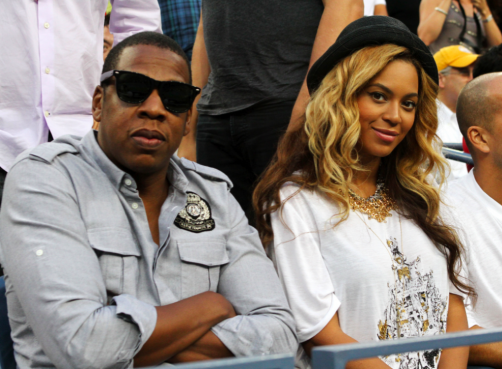 Okay, okay … we are sure by now you have seen the photos. Queen B. herself, looking incredibly fabulous, wearing a floral lei and face paint, while out enjoying her holiday vacation in Thailand … the only not so fabulous part of these photos, the baby elephant underneath her. Oh ‘Yonce, what were you thinking!

While to some people, vacationing in Thailand and riding on the back of a baby elephant might seem fun, to us Green Monsters, these sort of attractions are nothing but cruel. Surely tourism agencies would tell you differently, but there is an incredible amount of suffering involved in Thai elephant tourism. The wee-baby elephant that Beyoncé has so happily perched herself upon, was likely taken from his mother and forced to endure a six-month “breaking” period, during which time he was locked in a small enclosure and continuously beaten by his mahouts (trainers). This process is said to strip the baby elephant of all his will to fight back against the mahout, once this is accomplished, they can be trained (by way of more pain and fear) to carry paying customers.

It is not unlikely that this poor elephant will spend everyday after this one carrying other tourists, exposed to the extreme heat and weather of Phuket, knowing little but a life of pain and misery. Asian elephants are incredibly social and emotional beings and forcing them to carry guests without proper breaks for food, water or rest is incredibly cruel. These elephants are forced to live in camps where they rarely get to interact with one another and when they are not working, they are chained in place for hours on end.

So Bey, before you start thinking about rewriting “Drunk in Love” to be “Trunk in Love,” please reconsider. Celebrities have the rare ability to influence an enormous number of people who look up to them, making it even more important for stars to think about the implications of their actions. Perhaps Beyoncé takes one ride on a baby elephant … then hundreds of thousands of others decide to follow and replicate this “adventure.”

Beyoncé is a huge proponent of being a strong, independent individual, so we entreat you to follow that example and say no to cruel elephant tourism – she might not know it yet, but once she figures it out, we truly believe Beyoncé will do the same.