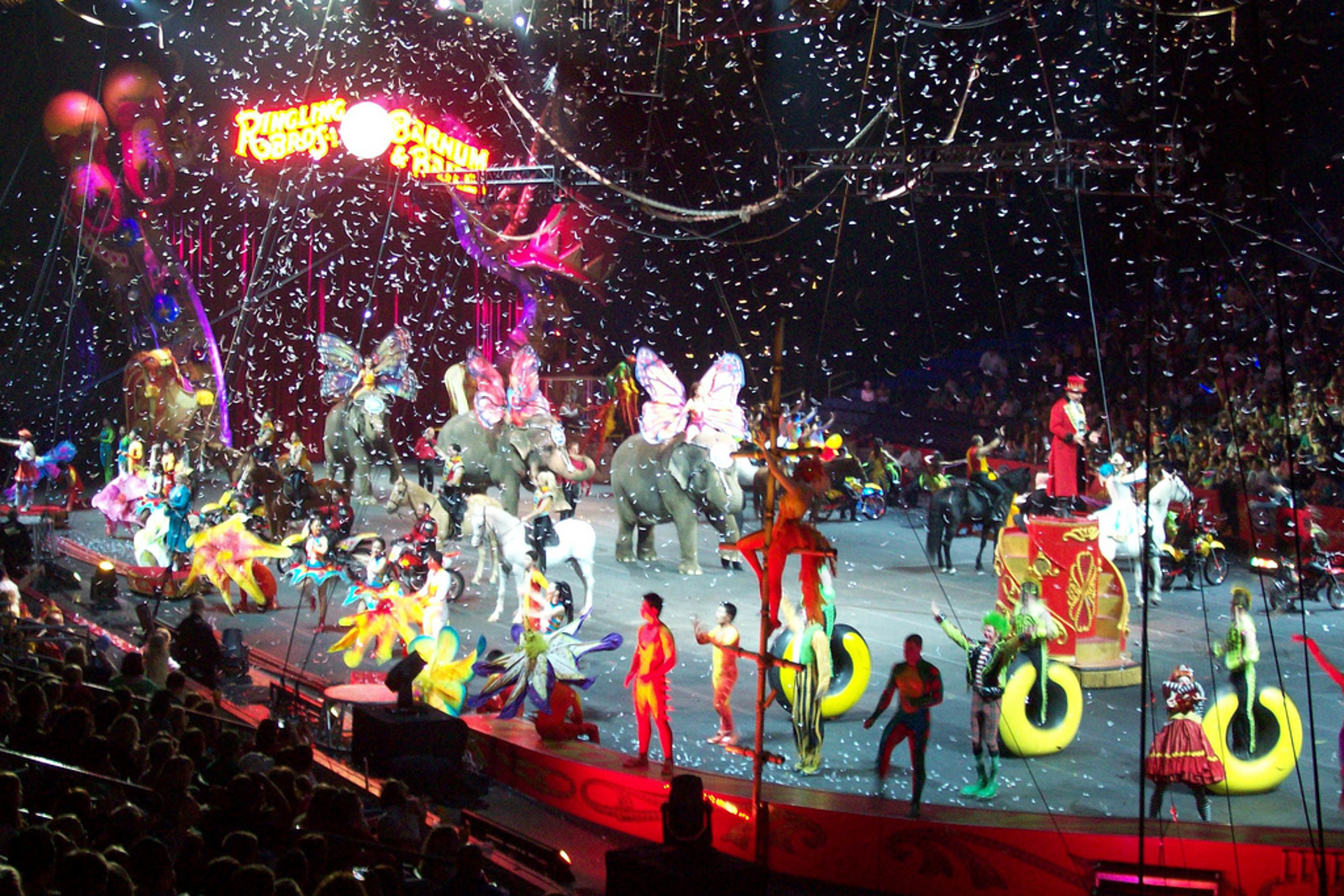 As animal lovers, we jump at any chance we can get to see wild animals up close and personal. You might think that going to the circus is a great way to do this. Sadly, many of the ways we get to see these creatures involve cruelty in one way or another. We tend to overlook the inhumane aspects of animal attractions because we are taught to believe that the people responsible for caring for the animals really do, well, care. This is not to say that every animal caretaker or trainer wishes harm on the animals they work with, but the fact of the matter is a circus, zoo, or marine park is no place for a wild animal.

When you stop looking at these attractions as an opportunity for you to see the animals you love, and see them for the profit-driven businesses they truly are, the discrepancies between good intentions and cruel actions become apparent. One of the tell-tale signs that the show you are attending is inhumane (well, besides the animals in cages that pale in comparison to their natural environments), are the methods used to train the animals. When you know what the pole being used to guide the elephant really is, we’re guessing you’ll be more than ready to skip the next excursion involving wild animals.

Commonly used on elephants, a bullhook is a long pole that has a sharp hook attached at the end. These hooks dig into the elephant’s sensitive flesh (usually used right behind the ears or ankles) causing extreme pain for the animal. Elephants used in circuses or for rides are taught to fear the bullhook from an early age.

Elephant tourism has become incredibly popular for tourists visiting Thailand. Camps that offer tourists the chance to trek through the jungle on elephant’s backs or watch shows featuring elephants painting, dancing, or performing tricks operate under the guise that these animals perform these tasks because they are smart enough to learn and enjoy the attention. However, all of these attractions use Bullhooks to control the actions of the elephants. Using pain and fear, these attractions are hardly the fun-filled experiences they boast themselves to be.

In the same manner, a bullhook is used to enforce learned fear, whips are used for big cats, bears, and other animals to make them perform.

Whips are one of the many methods that are used in punishment-based training. These methods are supposed to teach the animals to associate certain behaviors (disobedience, aggression, etc.) with punishment, thereby discouraging them from acting out negatively. Like Bullhooks, whips are items that animals come to associate with pain and learn to fear them. Theoretically, the sight of a whip would be enough to ensure the animal’s cooperation, but when they become frustrated or antagonized they act out (understandably) and trainers must “remind” them who is the boss by beating them.

When elephants aren’t performing, they are held in chains. During the six-month “breaking period” in which elephant calves are taught to be submissive to their trainers, they are chained standing up for up to 23 hours a day.

Elephants used for trekking and painting excursions also much undergo a breaking period. Being restrained by chains for so long often leads to cuts and scarring around the elephant’s ankle – especially if they are continually pulling on the heavy chains to get away.

The Animal Welfare Act allows the use of electric prods to train circus animals. Tasers are used to teach animals to perform tricks by way of fear and pain. After they learn that failure to perform will result in a shock, animals do tricks on command – often prompted by the intimidation of the prod.

Animals trained for use in movies are also trained with electric prods. Animal Defenders International investigated the methods used to train elephants used in the films “Water for Elephants” and “Zookeeper” and found that the elephants were shocked repeatedly using electric prods to get them to perform the behaviors the producers wanted.

Operant training is a form of teaching animals to perform tricks that involves depriving them of food or water and only providing these when the trick is accomplished. Circuses employ this method to ensure that animals perform on cue during shows.

Taking selfies or photos with wild animals has become a popular draw for tourists, both abroad and in the U.S. By depriving animals of food or water until they sit and pose, animals learn to associate being fed with these behaviors.

Animals used in marine parks for shows are trained using similar methods. Dolphins and orcas are incredibly intelligent animals, but they are reduced to doing flips and begging to be fed. SeaWorld trains their orcas in pairs and will withhold food if both animals do not accurately perform the desired task. The frustration that these animals experience can manifest itself as aggression, either directed towards one another or the trainers responsible for withholding food.

When you realize the cruelty involved in these shows involving animals, you might feel a bit overwhelmed. But in reality, as a consumer, you have an amazing amount of power. These attractions are made possible by ticket sales, so when the buying stops … so do the shows. In the wake of Blackfish, the film that exposed the cruelty behind SeaWorld, the park’s sales dropped drastically.

There are many better ways to enjoy animals that do not involve these cruel forms of training or abuse. Check out this article for 10 humane ways to interact with wild animals. When we stop supporting abuse, we are taking the first step towards ending it – are you ready to change?