Jinkies! Edgar’s Mission Rescues the Mystery Gang AND Gets a Surprise in Return 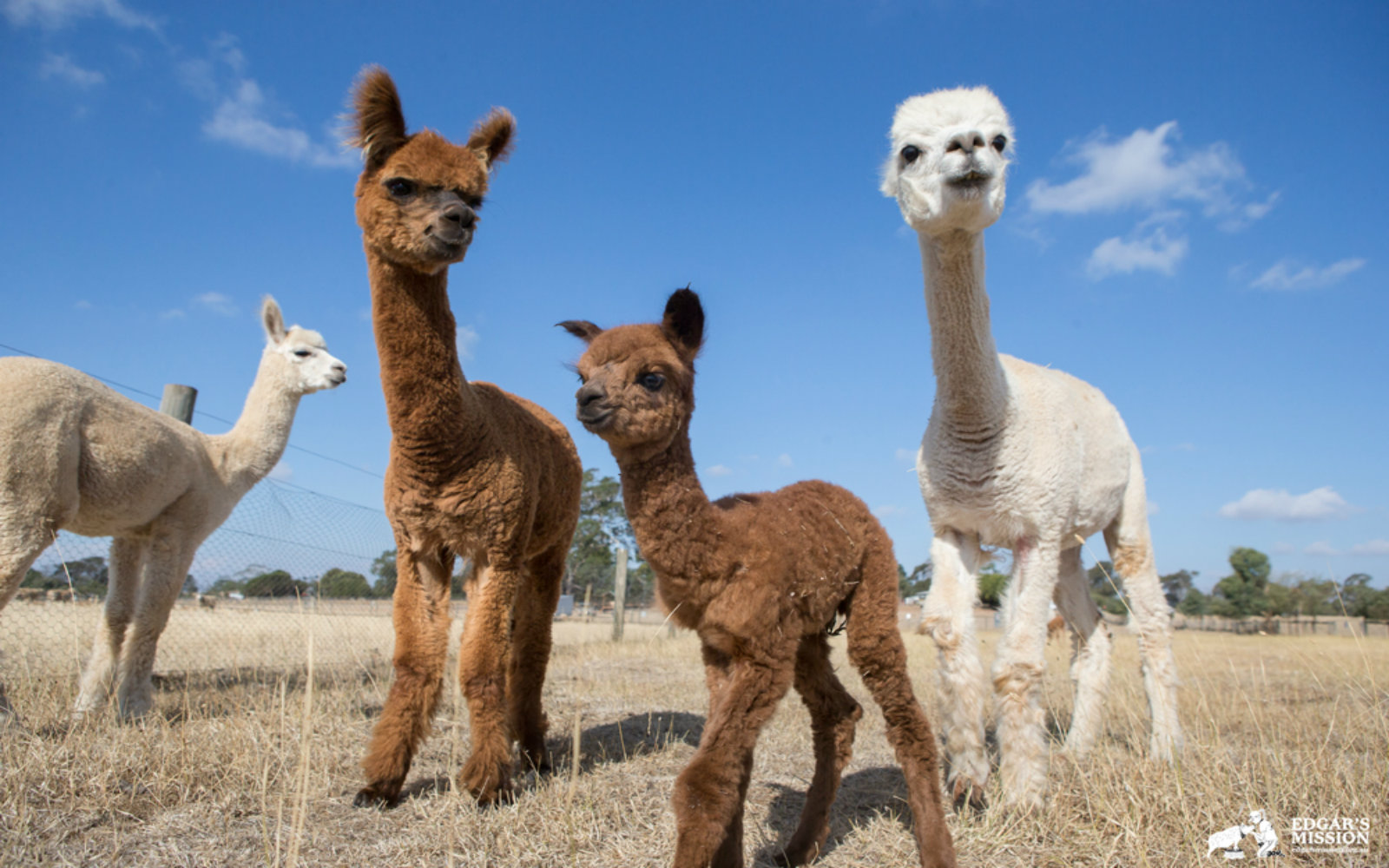 Zoinks! The Mystery Gang … you mean the beloved characters from that one 70s cartoon show right?

Well, not exactly. This “quirky quartet” is a group of alpacas rescued by Edgar’s Mission. The four alpacas (Daphne Blake, Velma Dinkley, Shaggy Rogers, and Scooby Doo) were brought to the farm animal sanctuary, “not only down on their luck in their condition as well.”

Before an RSPCA investigation led to their rescue, these alpacas lived in a crowded lot with many other animals. These four received little to no care. The female alpacas were often pregnant, sometimes before their young babies were even grown. Pam Ahern, of Edgar’s Mission explains to OGP that the alpaca is generally a very hardy animal, and for this reason they’re not usually found in sanctuaries. However, when they are it means they’ve come in pretty terrible condition.

Alpacas are native to South America, but it is estimated there are around 60,000 alpacas living in the land down under. These furry mammals are traditionally farmed for their notoriously luxurious wool; however, they are quickly becoming popular pets. While alpaca’s are considered to be easy to care for, most owners are still unaware of an alpaca’s needs.

Alpacas require good shelter, shade, and clean water. Sounds simple enough, right? Well, these furry animals also need supplementary feeding during droughts or harsh winters. They should also receive a good haircut at least once a year, and their hooves and teeth should be checked as well. Much like any other pet, alpacas require de-worming medications and shots, but they are easy to keep in well-fenced yards. These requirements for the animal’s survival are often not adequately met, and alpacas can be left to suffer.

A Quick Rescue Thanks to Edgar’s Mystery Van

Found with thin bodies and clearly empty tummies, the Mystery Gang members all exhibited the malnourishment that often results from a lack of animal knowledge. Thankfully, they were given a second chance to recover and survive at their new sanctuary home. Using a special brand of “scooby snacks,” rescuers were given the chance to earn the trust of the timid bunch while helping the animals add on a few necessary pounds. 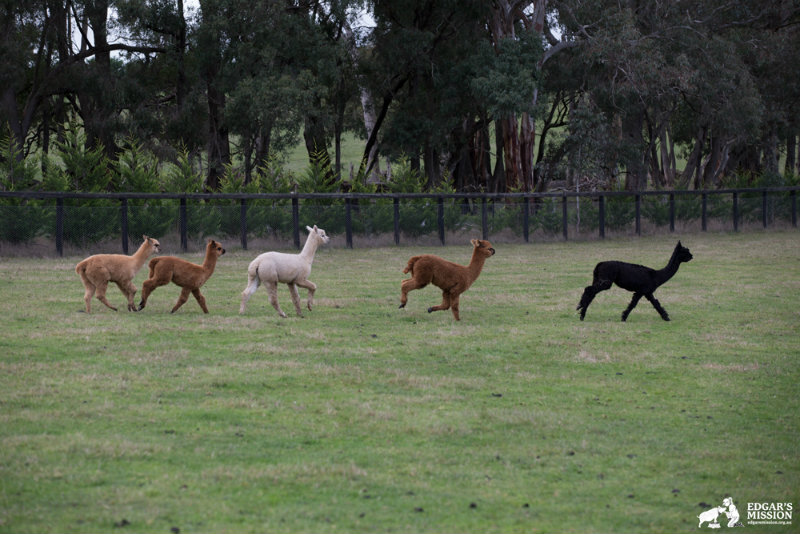 Workers at Edgar’s Mission would feed each alpaca a ration of chaff, alpaca pellets, and minerals. To help gain the love of the four rescues (along with all other animals at the sanctuary), Weet Bix treats would frequently make an appearance to the Gang.

The Gang Gets a Surprise

Thanks to the help of Edgar’s Mission, rescue pals Velma Dinkley and Daphne Blake gained more weight then expected … and not just through the pleasure of eating food! Turns out these two females were pregnant with crias (the term for baby alpacas … how cute!) and gave birth to their bundles of joy just one week apart from another that winter. 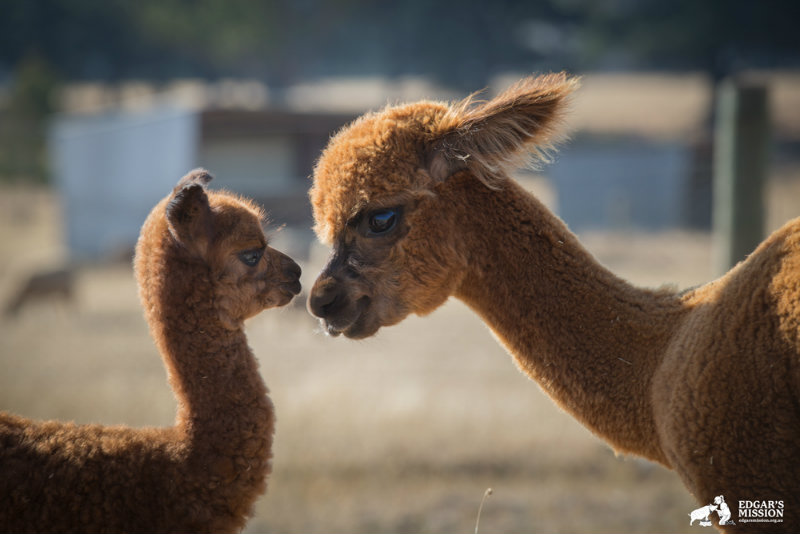 Named Scrappy Doo and Scrappy Don’t, the tag team of baby alpacas were welcomed into a world where they will “know nothing but love and kindness for the remainder of their days.” 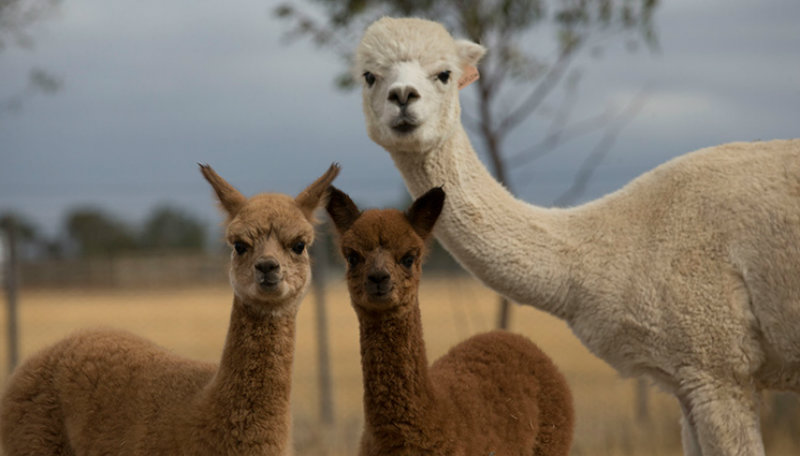 Ahern explains, the two crias “simply love each other” and that they “hang out together and get up to all sorts of high jinx.” 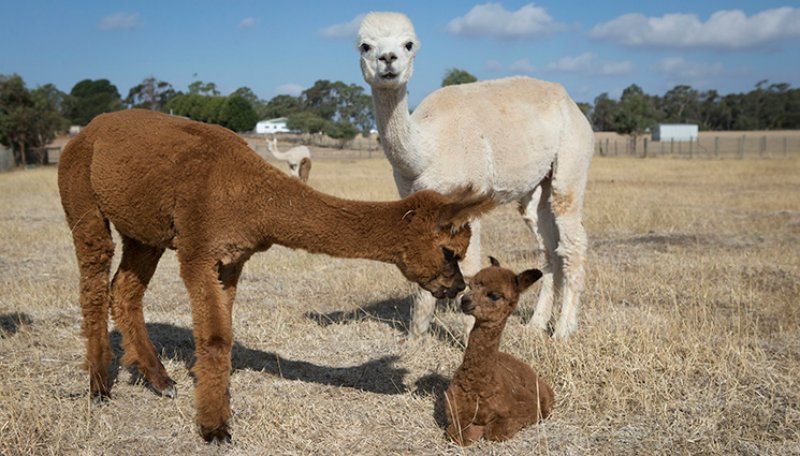 She continues, “They are eternally curious and they fluffy fleece make them so huggable and cute. They love to hang out in their little herd with their mothers and siblings, Scooby Do and Shaggy Rogers and our original alpaca, Macho has hooked up with them also.” 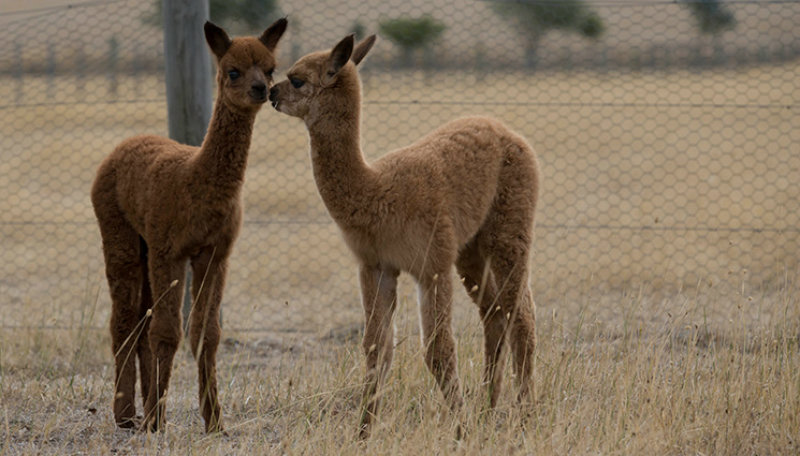 Being curious and rambunctious as any young alpaca, the duo enjoy spending time with their mothers, siblings, and of course the Mystery Gang. Their favorite activities include running up and down hills, dropping their heads, and kicking their heels up into the air … simply because they can! 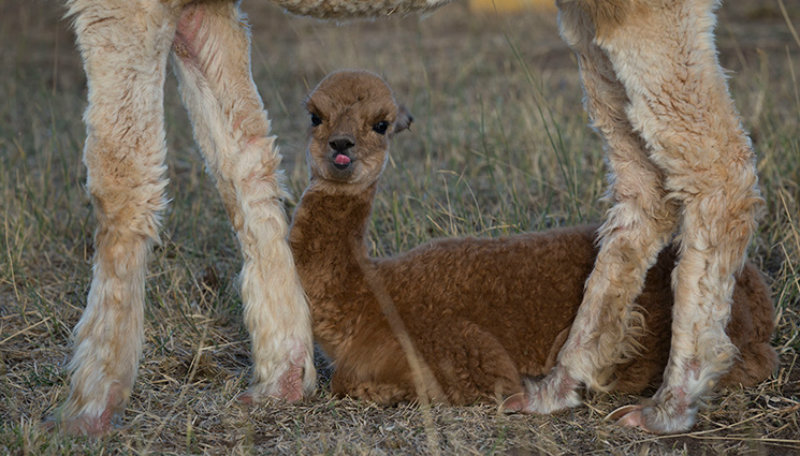 A Call for Compassion

The story behind the entire Mystery Gang is one that reminds us that these creatures belong in the wild, not to be domesticated for human profit, or entertainment. The sad fact is these gorgeous creatures would have never found their way to Australia if humans did not regard them as pets, the subject of entertainment, or animals for farming to produce profitable goods (such as alpaca fur). Far too often the soft, fuzzy fur that makes alpacas so lovable is what encourages humans to exploit them. 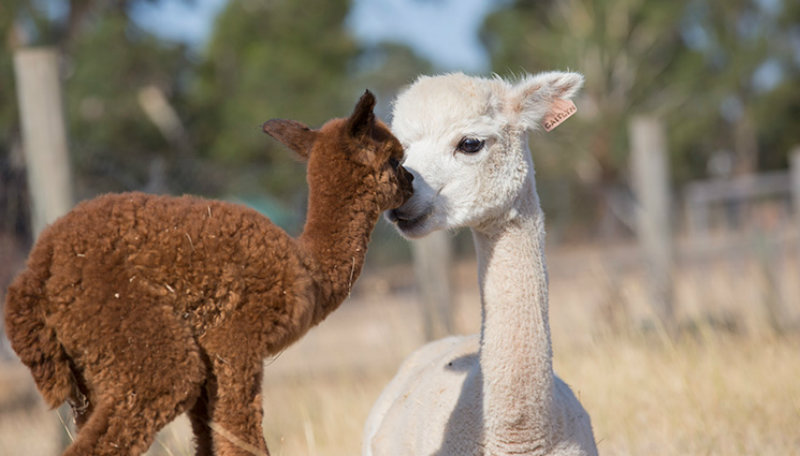 For this reason, Ahern reminds us, “we have duties to [animals] — the very first being that we must ensure they are able to have a life worth living and each and every one of us can work towards this end. The way for us to do so is indeed no mystery to be solved, all it takes is the power of kindness.” 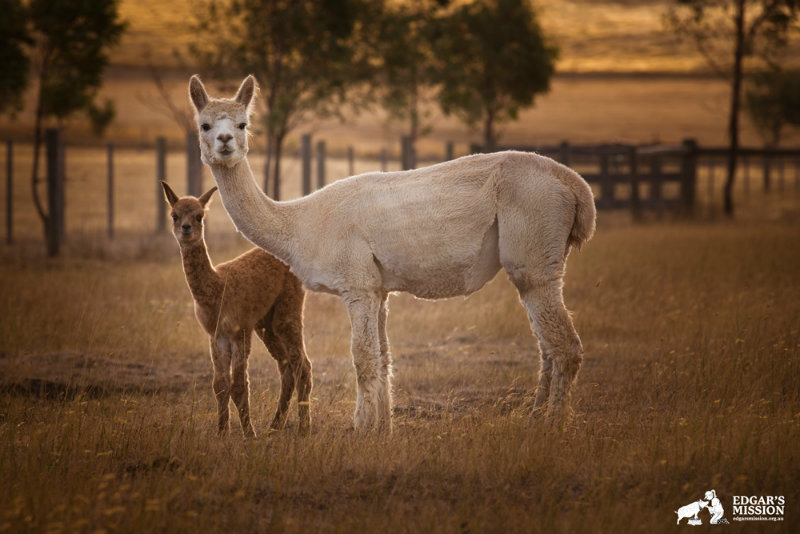 Currently, all of the alpacas are doing swell, meandering around the farm sanctuary, keeping a close watch on all the residents as they chomp on some grass. These happy alpacas have it thanks to the help of the meddling (actually, more like compassionate) rescuers at Edgar’s Mission. Just look at the beautiful joy that Edgar’s has made possible for these alpacas. It is certainly wonderful to see the positive that can come out of unfortunate beginnings. 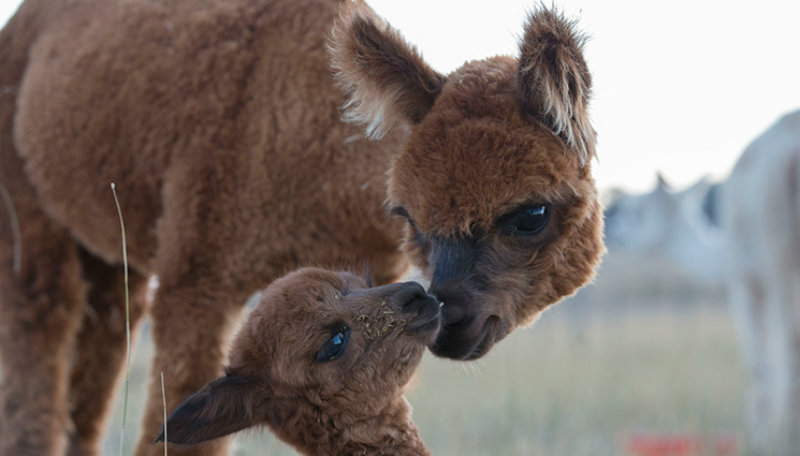