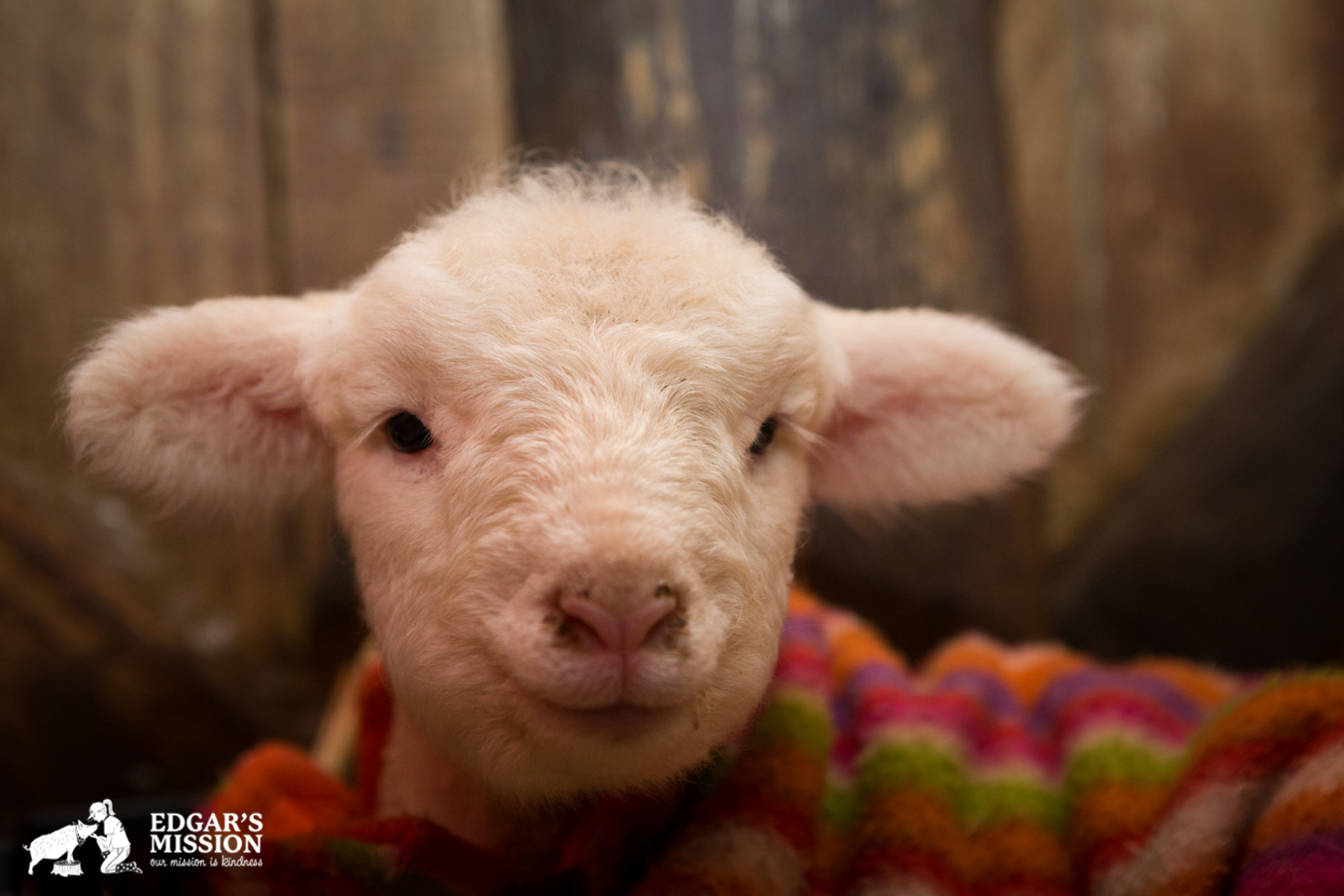 It is the middle of lambing season in Australia; it is also incidentally the dead of winter on the other side of the hemisphere. The combination of the influx of new little lambs and the bitter cold winter does not always make for the happiest news for newborn sheep. Luckily, however, Edgar’s Mission Farm Animal Sanctuary is on high alert, ready to take in little lambs in need of care and shelter.

The statistics surrounding lamb mortality are rather harrowing. It’s estimated that 25 percent of weaning baby lambs won’t make it through the winter. However, the kind people at Edgar’s Mission refuse to see the animals that come into their care as numbers or statistics. No matter how grave the situation, each individual lamb is seen as at “someone” not a “something” and given the undivided care and attention they need.

Edgar’s Mission has rescued a number of lambs already and each has been properly outfitted with a name and a colorful fleece and sent to play with the fleet of other lambs that have been rescued during this brutal winter. Together, they are a rag-tag team of rescues, but they are without a question the cutest little gang you will see.

So, without further ado…meet the new lambs of Edgar’s Mission! 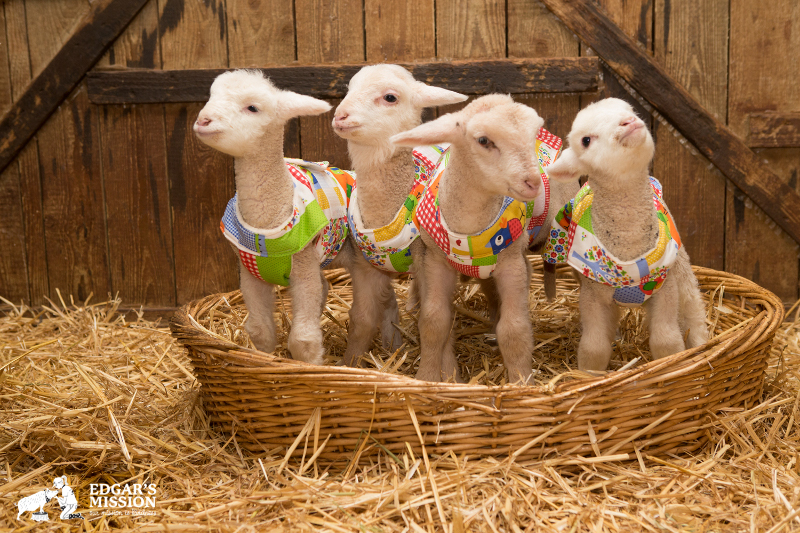 Calliope, Michelambelo, Michellelambelo, and Precious (respectively) are all new additions this lambing season. Hailing from different corners of the state, they’ve banded together and slowly but surely come into their unique and not-so-sheepish personalities. 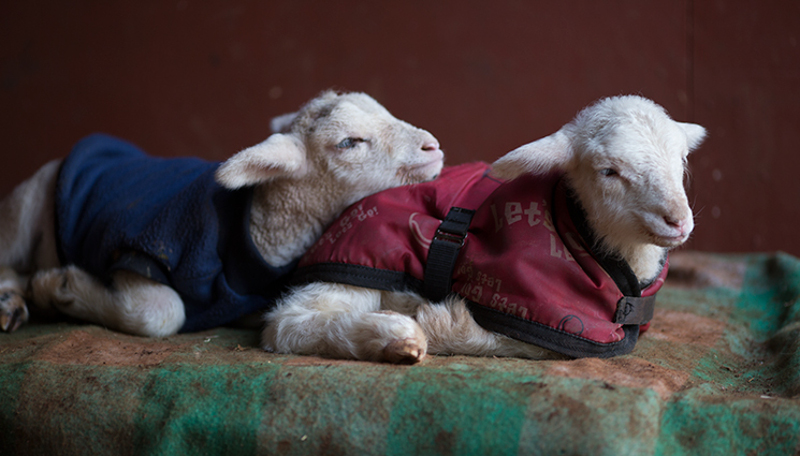 Michelambelo and Michellelambelo, are aptly named after the painter, Michelangelo.

On the Edgar’s Mission website, the inspiration behind this name is given as follows, “The famed Italian was considered one of the greatest artists of all time, his gifted hands swept across many fields of the arts and one of his most outstanding works still adorns the ceiling of the Sistine Chapel in Rome today. Standing the test of time this masterpiece is described as picture perfect.” 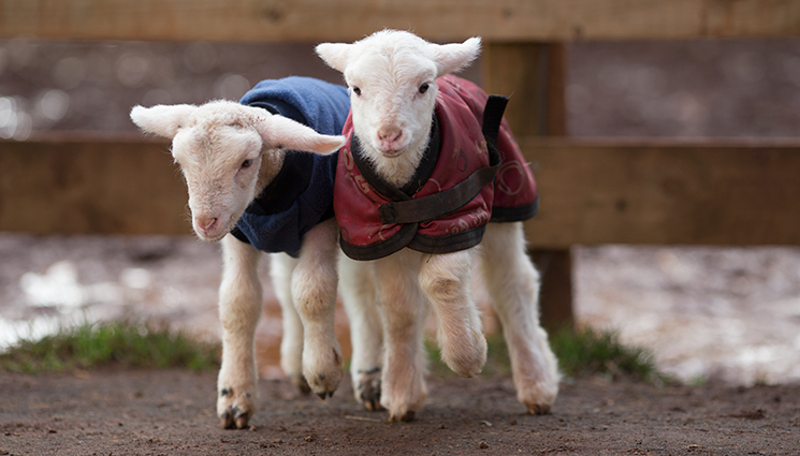 The little Lambelos too are picture perfect–just look at their sweet, innocent faces. Michel and Michelle did not come from the same farm, but were rather each discovered in need on opposite sides of the state, but were united at Edgar’s thanks to the kindness of a compassionate stranger.

These two may be difficult to tell apart based on appearance alone, but their personalities are highly distinct. Little Michelambelo is, “forthright and bold” whereas Michellelambelo, “is more content to snooze peacefully under a heat lamp and mosey out when she’s ready.” 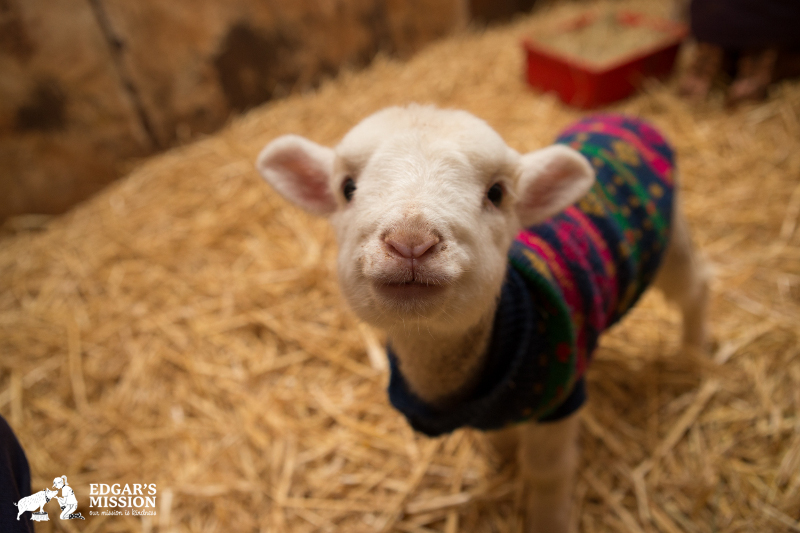 Precious’ story is one that is sadly too common for little lambs. Rejected by her mother shortly after birth, it was expected that the 2kg lamb would pass away before her owner returned from the days  work, however, despite being neglected this little one refused to give up.

Fighting against the “bitterness of the day and the difficult birth she had endured,” Precious kept breathing as if she knew that she would one day be given the joyful life she deserves. Upon discovering Precious still alive in the barn, her owner surrendered the little lamb to Edgar’s Mission, a place where she would receive the care and attention she had  been rejected by her mother.

After receiving Precious, Edgar’s staff were not convinced she would be able to make it through the night, considering the significant trauma she had already endured. However, this is certainly not a lamb to be underestimated.

Precious not only made it through the night, but, “loves her bottle and seems content, even playful, in her world. Despite suffering blindness (we are yet to know whether this is temporary or not) and possible brain damage she has made firm pals with the Lambelos, Michel and Michelle.” 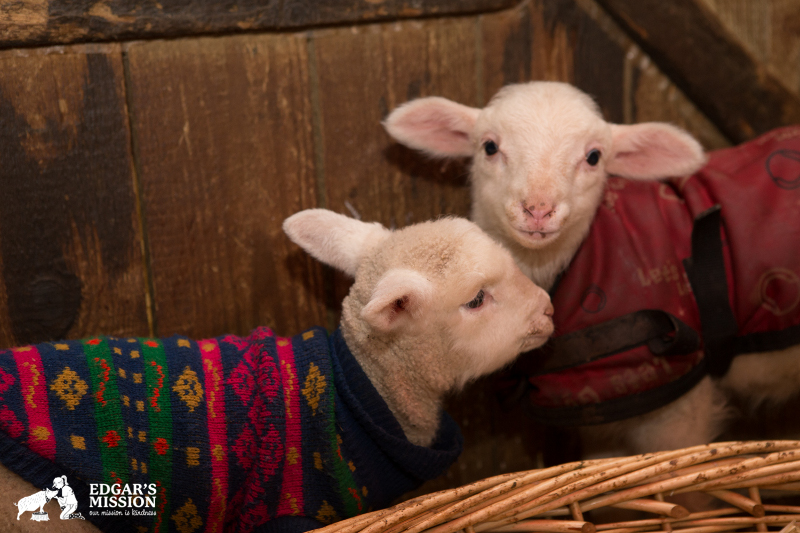 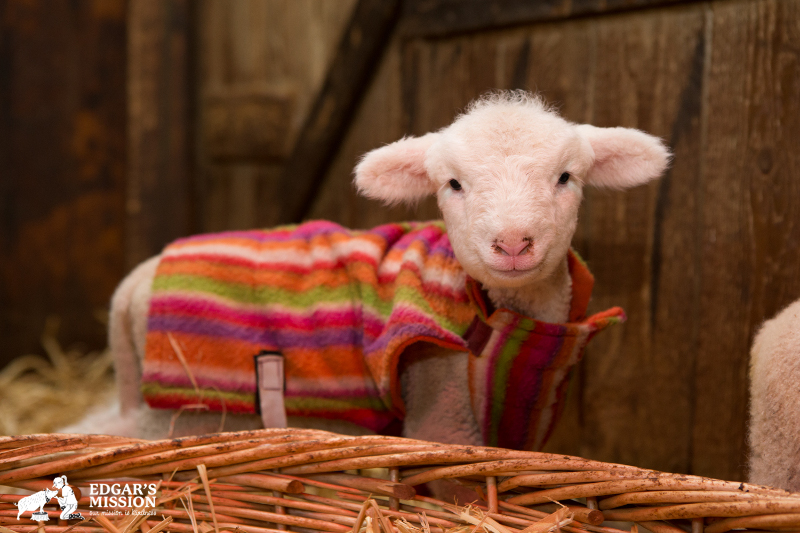 Calliope, the last of the four to join the lamb party at Edgar’s Mission, has too overcome abandonment and now lives in the warm, safe sanctuary. Found freezing on the side of the road, Calliope was rescued just in time to avoid becoming, “a fox’s dinner,” or any such sad fate.

As Edgar’s writes on their website, “Baby it’s cold outside…But our hearts are now warm knowing that dear little Calliope is now safe.”

And seeing her little smiling face is enough to melt any heart–even if you’re sweating out the summer in the Northern Hemisphere!

Calliope has joined the pack of little lambs, all proof that with a little compassion statistics can be beaten for the better.  Seeing the kind acts of so many strangers who have brought these lambs–and many more to come–to safety during this lambing season is enough to give us all hope that one day soon the mortality rate for weaning lambs will be turned around.

As Edgar’s states on their site, “To see the three [four!] wee ones together, so innocent and pure, vulnerable and happy, nothing is more true than the powerless are precious.”