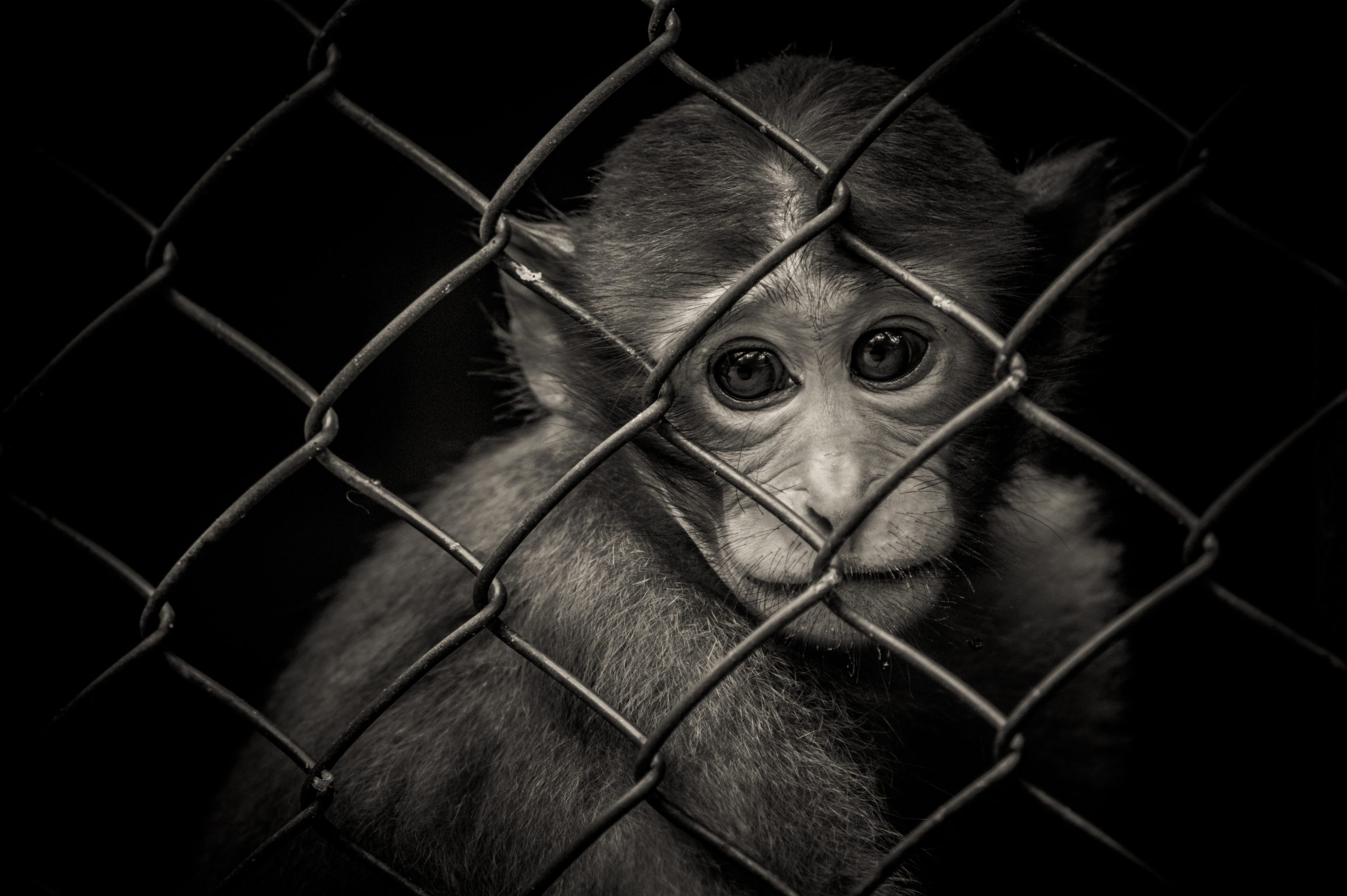 Whether it’s giving puppies heart attacks, crippling kittens, or forcing mice to vape, you may have heard that the U.S. government wastes $20 billion each year on cruel, useless, and outdated animal experiments.

But did you know that some of the animal tests you’re paying for with your hard-earned tax dollars are happening overseas with virtually no oversight from U.S. authorities?

A new White Coat Waste Project investigation just uncovered that the National Institutes of Health (NIH) shipped an estimated $140 million to animal labs in foreign countries in 2020. In total, the NIH currently authorizes over 350 animal labs in 57 countries to get your money for animal testing. The NIH doesn’t even inspect these facilities and some of these countries have weak laws or no laws at all protecting animals in labs.

Here are some prime examples of this worldwide waste:

The UK’s University of London-Queen Mary received $428,249 in 2020 and $1,136,715 total since 2018 to hook zebrafish to nicotine and ecstasy. The fish were placed in tanks where the water was spiked with nicotine. The experimenters explained, “Chronic treatment with nicotine…was carried out in groups of 20 fish at a time in the home tank before inducing withdrawal.” The fish experiencing withdrawal showing anxiety and memory loss. In some of the experiments, fish were then injected with the street drug ecstasy. The fish were then killed and dissected.

The University of Concepcion in Chile received $166,212 from the NIH in 2020—and nearly a million dollars since 2017—to study mice, in the experimenters’ words, “drinking in the dark.” Genetically-modified mice between 8 and 12 weeks old were used in “binge drinking” tests in which they were given alcohol-spiked water in complete darkness, or injected with alcohol in experimental chambers. The young mice were killed and their brains were dissected.

McMaster University in Canada has received $2,352,212 from the NIH since 2015 to force-feed mice human feces and terrorize them. Experimenters restrain mice for long periods to stress them out, measure the abused mice’s anxiety and depression, and then kill and dissect them.

A local government in Denmark received $122,522 in 2020 and $401,369 from the NIH since 2017 to study alcohol consumption in monkeys. Experimenters capture dozens of wild vervet monkeys in the Caribbean, lock them alone in cages, and give them alcohol-spiked water for up to 24 hours a day. The monkeys then received doses of drugs already approved for use in humans to see if it reduced their alcohol consumption.

The University of Melbourne in Australia received $1,087,683 in 2020 from the NIH to perform invasive and deadly experiments on rats. In the studies, rats will have devices implanted to electrically induce urination so experimenters can map the nerves that control their urinary tracts. The rats are then killed and dissected.

That’s over $6 million just for these six sickening experiments!

Here’s what Dr. Jim Keen, an animal lab veterinarian and whistleblower, had to say about our findings: “I’ve seen firsthand how federal regulators can’t even prevent waste and abuse at animal research and testing labs right here in the U.S., so there’s no way they can do so at facilities 7,000 miles abroad where they have no authority and even less transparency. Taxpayer funding of animal research in foreign countries raises serious concerns about animal welfare, transparency, and research oversight that the NIH has not adequately addressed.”

He’s not alone in his concerns: A February 2021 national poll of 1,000 taxpayers by Lincoln Park Strategies found that 61% of voters—Democrats, Republicans and Independents alike—want to restrict U.S. tax dollars from funding animal testing in foreign countries. And lawmakers from both sides of the aisle like Rep. Fred Keller (R-PA) and Lucille Roybal-Allard (D-CA) are listening and taking action to hold the NIH accountable.