10 Miraculous Times Animals Stepped in to Save Human Lives 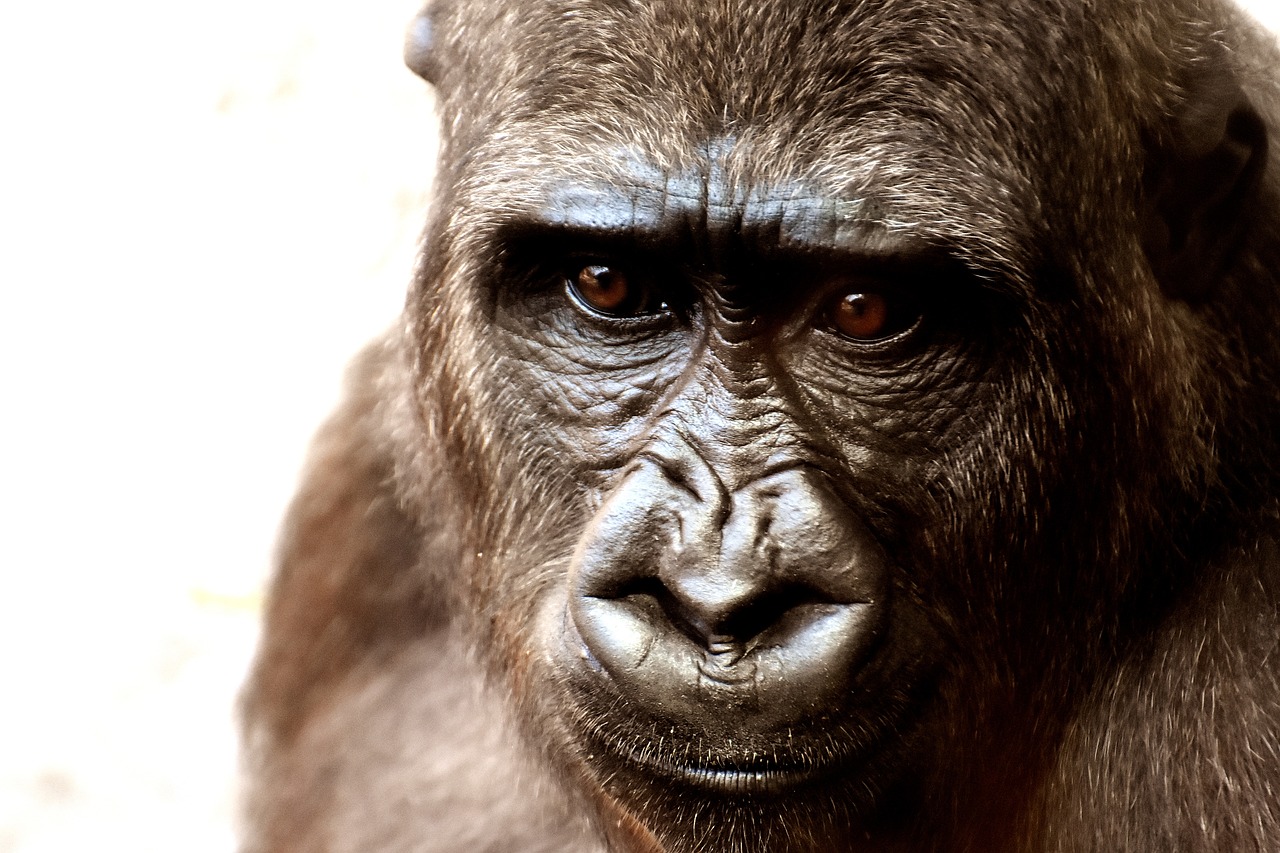 We’re all familiar with heartwarming stories of humans stepping in to help save animals, whether that’s helping a dog stuck in highway traffic or even reaching into a shark’s mouth to remove hooks! We can see when an animal is hurt or struggling and we have an intrinsic desire to help them. Nonhuman animals can exhibit such behavior as well! Sometimes these animals help each other, such as this sweet piglet helping his feline friend during a tough time, and sometimes these animals help us! These 10 stories recount times when animals displayed compassionate, helpful behavior towards humans.

When a humpback whale began pushing and guiding scientist Nan Hauser in the water, she didn’t know what to think. At first, she was scared and confused, until she realized the whale noticed something she didn’t – a large tiger shark swimming nearby. Upon seeing the shark, Nan understood that the whale was trying to protect her and guide her back to her boat. Nan, who has dedicated her life to protecting whales, had never experienced anything like that before, though she knew that whales sometimes displayed a similar behavior when protecting seals from killer whales. Though she doesn’t know exactly what goes through the minds of these whales, she knows that they have this altruistic desire to help animals of other species.

Like the previous story, this tale involves aquatic animals protecting someone from a potential shark attack. In this case, a pod of dolphins surrounded Adam Walker, a long-distance swimmer, after a great white shark emerged in the water beneath him. These 10 dolphins swam alongside Adam until the shark left the vicinity. Coincidentally, Adam was swimming to raise money for the Whale and Dolphin Conservation nonprofit organization. Seems like he picked the right cause! A similar story happened in 2004, that you can read about here.

In 1996, a young boy visiting the Brookfield Zoo with his family fell into the gorilla habitat below. While onlookers watched in fear, Binti Jua, a western lowland gorilla, wandered over to the hurt boy, scooped him in her arms and cradled him until the paramedics arrived. Remarkably, Binti Jua seemed to act out of an intrinsic desire to nurture this injured child. While this story demonstrates how kindhearted and perceptive gorillas can be, occurrences like this also demonstrate how unethical zoos are. Two decades after Binti Jua warmed the hearts of Americans, a similar situation occurred in the Cincinnati Zoo that, unfortunately, did not have a happy ending. In 2016, a young boy fell into the gorilla habitat at the Cincinnati Zoo, where Harambe, a silverback gorilla, resided. Because Harambe’s response appeared to be more aggressive, he was sadly killed in order to safely retrieve the boy. Situations like these show that zoos put animals (and visitors) in unnecessary and dangerous situations.

4. Lulu the pig saves woman having a heart attack

When Jo Ann Altsman suffered a heart attack in her home, she was lucky to have her faithful companion pig, Lulu there! Pigs are incredibly smart and perceptive animals, so Lulu immediately knew something was wrong. After trying in vain to help Jo Ann up, she ran outside and stood in the road, oinking until finally, one driver stopped to see why this pig was so distressed. Lulu led the man to Jo Ann and thankfully an ambulance was called before it was too late. Doctors stated that if just 15 more minutes passed, Jo Ann would probably not be alive to tell the tale. For this act of courage, Jo Ann rewarded Lulu with a jelly donut.

5. Sasha the pit bull saves family from a fire

After a fire broke out in this California family’s apartment, Sasha the bit pull alerted them by repeatedly barking until the mother of the house, Nana Chai, awoke. Not only that, but Sasha worked on saving Nana Chai’s baby by carrying her off the bed. Sasha’s heroism was also demonstrated by Baby, a 10-year-old pit bull, who saved his family from a fire twice! Too often, pit bulls get a bad rap for being “aggressive,” but historically, they were known for being “nanny” dogs because of their gentleness around children. Pit bulls like Sasha and Baby show loyal and brave these dogs can be!

6. Sammi the chicken saves man from a broken heart

Okay, so maybe this isn’t the tale of an animal valiantly stepping in and saving someone from an imminent crisis, but Sammi the chicken has certainly helped Dave Cox through a tough point in his life. After the passing of Dave’s close pal, a dog named Cort, Sammi was there to provide companionship. Many people don’t consider chickens to be caring, fun friends, but Dave knows differently. The pair go everywhere together, whether that’s on a road trip to New Orleans, or just on a trip to the grocery store. To keep up with perhaps the most well-traveled chicken, you can follow her Instagram here!

7. Pearly the parrot saves his family from fire

Around 4 o’clock in the morning, LauraJean Niesel and her fiancé awoke to the sound of their parrot, Pearly causing a ruckus. Evidently, Pearly was trying to alert his family that a fire had engulfed their laundry room! Thanks to this bird’s loud squawks, the family got out safely and called the fire department in time to stop the fire from spreading.

8. Sea lion saves man after he jumped from the Golden Gate Bridge 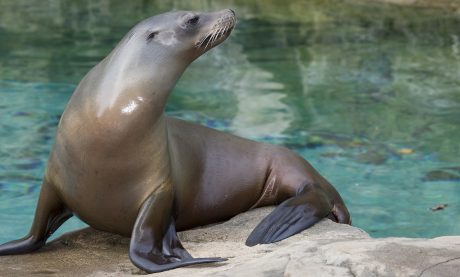 Suffering from mental illness led Kevin Hines, who was then just 19 years old, to attempt to take his own life by jumping from the Golden Gate Bridge in San Francisco. Astoundingly, he survived the impact but suffered severe injuries and was desperately trying to stay afloat in the freezing waters. He felt a creature in the water and was scared until he realized this animal was bumping up and helping him swim. Although at the time he did not know what animal helped save his life, he later found out from an onlookers photos that the animal was a sea lion! Kevin Hines now travels the world to educate others on mental health and suicide prevention.

9. Pride of lions save kidnapped girl 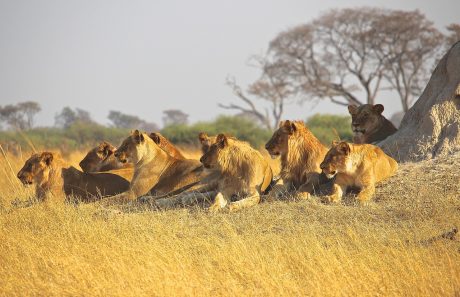 Lions are often known for being majestic but ferocious hunters. However, for a 12-year-old Ethiopian girl, these animals became her saviors after she was kidnapped by a group of four men. With the police on their trail, the kidnappers were on the move, however, their plans were thwarted when they encountered a group of lions who chased them off. These lions then stayed with the young girl until the police arrived. According to one policeman’s account, “They stood guard until we found her and then they just left her like a gift and went back into the forest.” Some experts believe that the girl’s cries for help sounded like the cries of a lion cub which made the lions sympathetic.

Even though Claire Nelson wasn’t feeling her best, she went about her morning as usual. That is, until her adopted cat Rusty started acting strangely. He kept jumping up on her and pawing at her chest and legs while yowling. Finally, she decided to take the bus to the doctor’s office when at the bus stop, she had a heart attack. She believes Rusty knew something was very wrong with her and was trying to alert her. She claims that the best thing she ever did was adopt Rusty, “I thought I was saving his life. It turned out he saved mine.”

Animals don’t get enough credit for how intelligent, perceptive, and caring they can be! Unfortunately, animals are often seen as commodities or pests. However, these stories demonstrate that animals are complex beings that can display altruistic behavior. Animals help humans in so many ways, so let’s return the kindness by always treating animals with respect!