10 Facts that Prove Fish are Highly Intelligent and Emotional Creatures 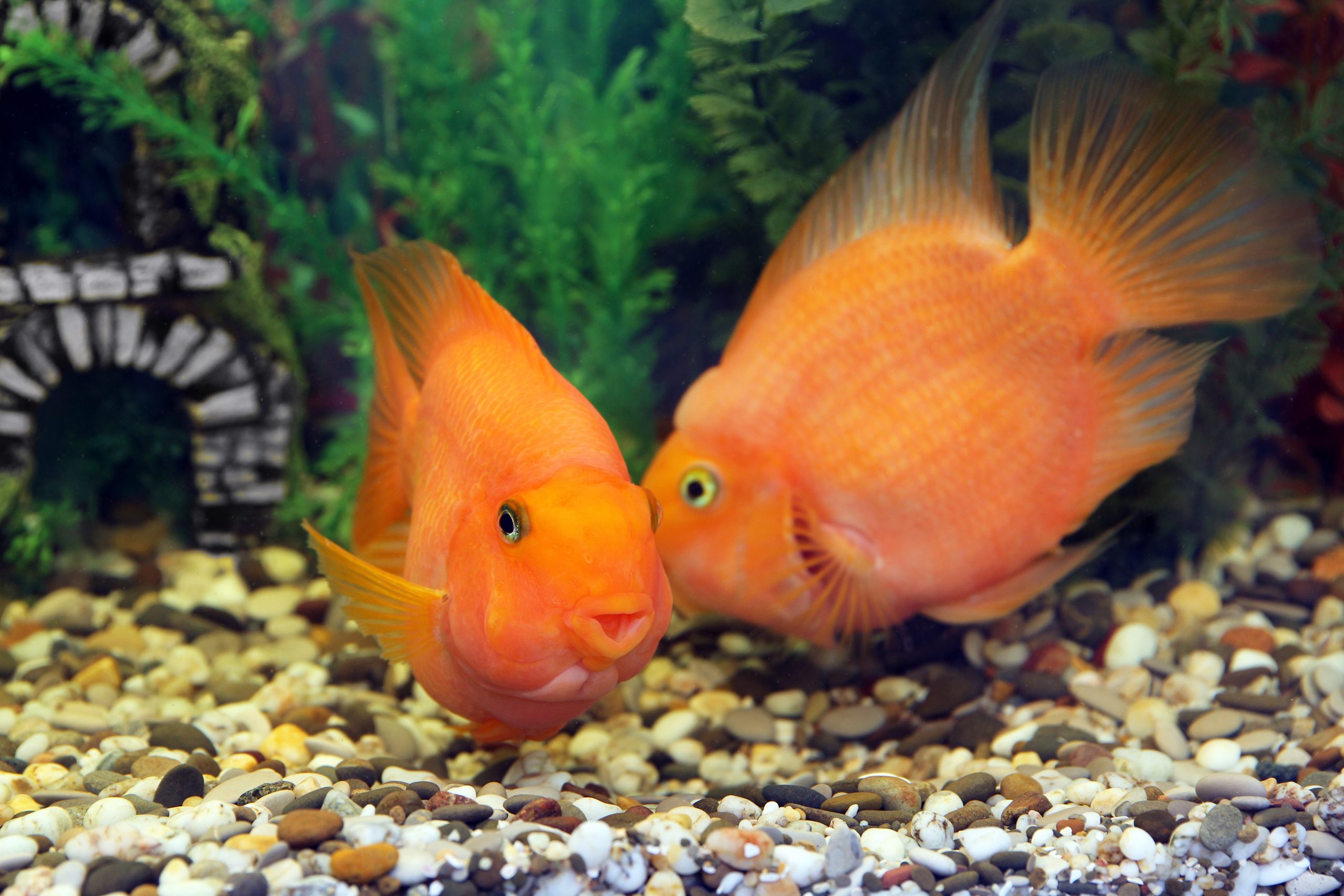 Did you know that fishes can feel depression? TikTok comedian Kylen, known as k_the_1, shed light on fishes’ feelings in his viral TikTok that has now been watched over 20 million times. His skit is a silly vignette in which Timothy confronts his fellow fish friend Jeff who has been experiencing depression. You can watch the insightful pep talk below!

pray for our depressed fish out here 😔🙏🏾 #jeff #fyp #foryou

Although this is a light-hearted skit, Kylen is right! Fishes can feel depression. In fact, research suggests that fishes are emotional, intelligent beings who have the capacity to exhibit certain traits that were once believed to be uniquely human.

Scientist Julian Pittman spoke to the New York Times about his research on developing anti-depressants that involved looking for signs of depression in fishes. According to Pittman, fishes are so useful in his studies because their emotions are so pronounced. While fishes might not engage in existential dialogues as Jeff and Timothy did in the TikTok above, they do display patterns of behavior that are similar to those displayed by humans with clinical depression. Primarily, these behaviors include a loss of interest in food, toys, and exploration. As behavioral biologist Culum Brown noted in the same article, “Depressed people are withdrawn. The same is true of fishes.”

Just as fishes can experience depression, they can also experience the joy of having fun. Fishes display numerous behaviors for no practical reason other than they just enjoy them. For example, researchers have observed fishes striking a bottom-weighted thermometer, riding bubble streams, and even jumping for joy, like the rays in the video above!

Fishes have been shown to pass down information to new generations. In fact, fish migration pathways are thought to be heavily influenced by these traditions. This social learning is so influential, that the infamous collapse of the North Atlantic cod fishery was caused, in part, by overfishing the older, more knowledgeable fishes.

The most well-known example of fish altruism is exhibited by tiny fishes who clean inside the mouths of larger fishes. These larger fishes return the favor by not eating the tiny fishes. However, their altruism extends beyond reciprocity. If attacked by a predator, the larger fishes will sometimes even endanger their own lives by waiting for the cleaner fishes to leave their mouth before they flee so they don’t swallow and kill them. These complex relationships between fishes demonstrate their intelligence and ability to form bonds with each other. In fact, these cleaner fishes are so intelligent that they can recognize 100 of their different ‘clients’ and prioritize the ones who they haven’t tended to in a while.

5. Fishes can use tools.

Tool use was once thought to be so sophisticated that such skills were exclusive to humans. However, as demonstrated by the resourceful blackspot tuskfish above, fishes can use tools in a variety of ways. Some fishes use the technique shown in the video to crack open mollusks to eat. Others prefer different methods, such as archerfish, who shoot streams of water at their above-ground insect prey. These streams of water are not only exceptionally precise but correspond to the size of the target. Fishes don’t only utilize such skills to help catch dinner. Certain fishes such as cichlids and catfish sometimes glue their eggs to leaves and small rocks so they can transport them around.

Similar to tool use, scientists once believed that cerebral lateralization (a.k.a having two distinct brain hemispheres) was unique to humans. However, research has demonstrated that certain species of fish have lateralized brains that allow them to tend to multiple stimuli and effectively multitask.

In a clever study, researchers presented cleaner wrasses (a type of fish) and various types of primates with identical helpings of food on a red and blue plate. After a couple of minutes, the researchers removed the red plate and left the blue one. The cleaner wrasses were the first animal to discover that the way to maximize food intake would be to consistently eat from the red plate and then the blue one. Each of the fishes had figured out the trick after only 45 trials, whereas only two of four chimps had the made the same conclusion after 60 and 70 trials, respectively. The human child took over 100 trials!

For too long humans have believed that because animals don’t have verbal language similar to that of humans, they must not be as intelligent. However, electric fishes prove that the same logic could be used to argue to downfalls of human cognition. These unique fishes have 3 distinct electroreceptor organs that allow them to detect predators and prey, navigate in dark waters (electrolocation), and communicate with each other. This communication is so complex that members of some species have even been perceived as arguing with each other. Humans cannot comprehend this sophisticated style of electric communication, but these fishes understand and use this skill in a variety of ways.

Other fish species have also found ways to communicate by “vibrating their swim bladders, grinding their teeth, rubbing their bones together, jiggling their gill covers, and even farting.”

9. Fishes are skilled in spatial learning.

In terms of navigation, fishes are on par with terrestrial vertebrates. They can use a vast array of techniques to navigate, such as cognitive maps, landmarks, and magnetic fields. In fact, fishes possess the ability to locate objects using feature cues, which is a skill humans don’t develop until around age six.

Research shows that certain species of fish, particularly zebrafish are social animals, much like humans. These fishes can form friendships that make them feel safe and experience other positive emotions. Similarly, some fishes pair off with a foraging friend. When searching for food the two fishes alternate between foraging and keeping watch for predators. This behavior is so remarkable that it is actually believed to be unique to fishes! Just as fishes can make friends, they can also make enemies. When confronting a predator, if a particular fish defects or hangs back, the other fishes will refuse to cooperate with that particular fish in the future. This not only shows that fishes can remember individual identities, but that they can hold a grudge!

The body of research backing these facts demonstrates that fishes are complex beings that display a variety of emotions and intelligent behaviors. But unfortunately, fishes don’t get the love and praise they deserve! Fish expert Culum Brown believes that this apathy towards fish largely stems from the fact that humans don’t recognize and understand fish emotions because they look so different from mammals. Without that emotional connection, empathizing can be hard. But, as with any other animal, fishes deserve our care and attention!

If you have a fish at home, make sure to provide lots of environmental stimulation in their tank so they don’t get bored and sad. Fishes are emotional, intelligent creatures that like to have fun; switching up their tank decorations helps to keep things interesting!

The suffering that fish are currently subjected to is overwhelming and beyond comprehension, but we can change this reality. Please consider taking the following actions:

Furthermore, to give fishes the respect and care they deserve, keep them off of your plates and refrain from fishing, even if you plan to throw them back. Aside from fishes being sentient creatures who want to live, there are numerous other reasons to avoid eating fishes, including fish extinction, and pollution consumption. To inspire your Fishesless meals, check out the delicious recipes listed below!