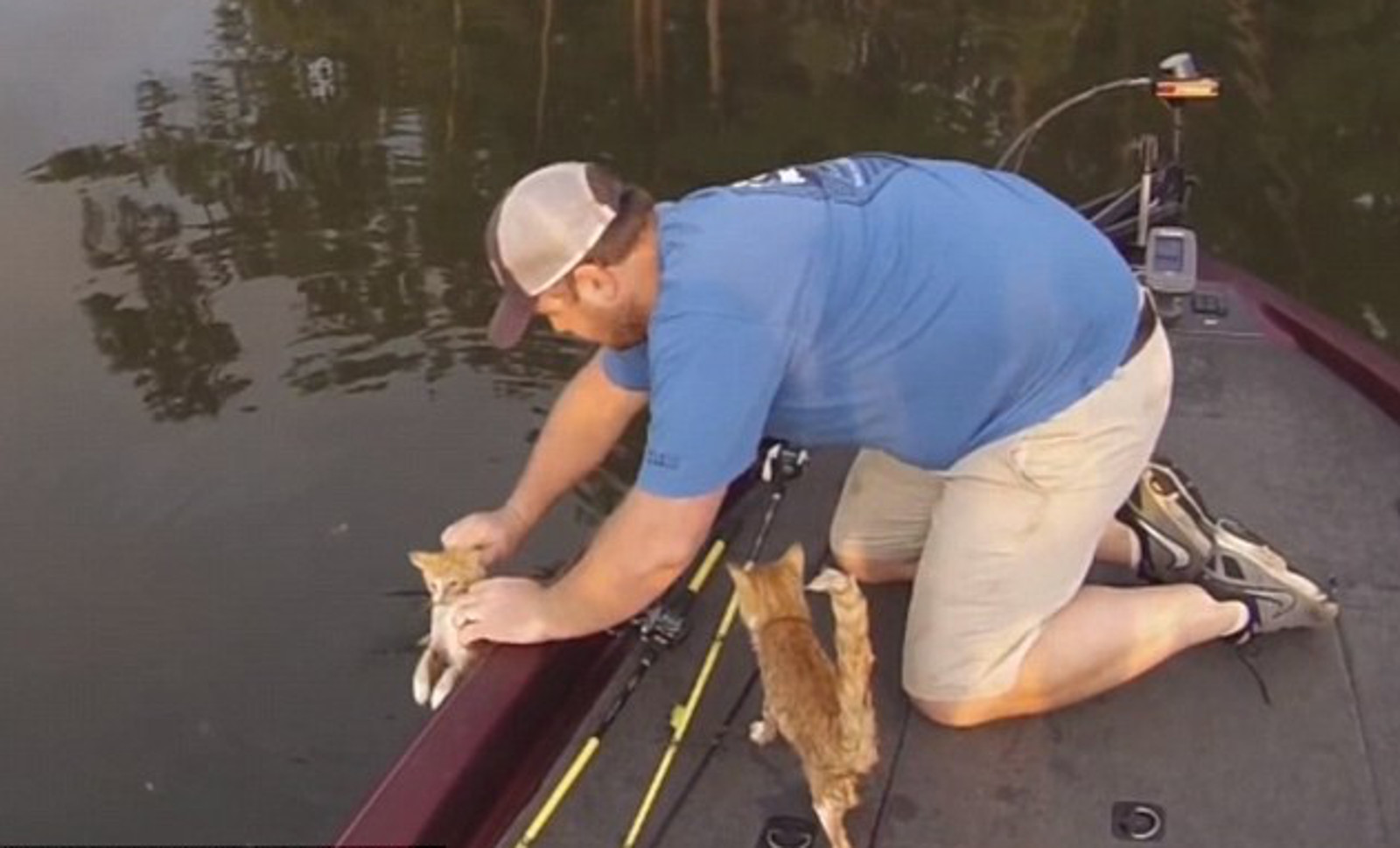 We here at One Green Planet love to celebrate and bring attention to the hundreds of sanctuaries, rescues and shelters all over the world that work tirelessly, and often with little recognition, to rescue and rehabilitate thousands of animals every year. Although we’re endlessly thankful to these organizations, it’s important we take time to appreciate every individual that saves the life of an innocent animal. That includes the everyday citizens who, at times, risk their lives to save the life of an animal in distress.

Here’s a roundup of some of our favorite selfless acts of love:

In Russia, Rustam Vadim wasted no time saving the life of his family pregnant dog, Squirrel, who had gone missing days earlier. The building that Vadim’s family lives in recently underwent construction and it sounded as if Squirrel had gotten trapped underneath the foundation of the building’s new pavement. After reaching out the housing authority and being told that they were not in the business of destroying pavement, Rustam took matters into his own hands. With little hesitation, he started chipping away at the stones one by one as an onlooker recorded the emotional incident. Thankfully, Squirrel was saved and gave birth to a litter of healthy puppies a few days later.

2. Party Cat Gets a New Life 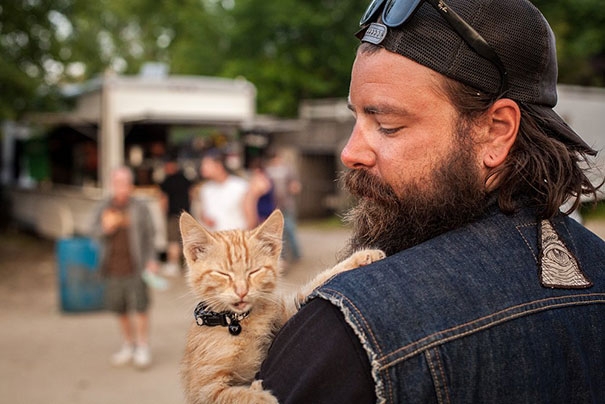 On his trip home from the Born Free motorcycle show in California, Pat Doody stopped at a truck stop in Las Vegas to fill up when he came across a badly burned orange kitten. Pat knew he had to help, so he wrapped the young kitten in his vest and kept him fed, hydrated, and warm in the days that followed. Pat began to call the kitten Party Cat, and he became an instant sensation wherever Pat would stop along the way. By the time Pat made it back home to New Jersey, Party Cat was healed and even lucky enough to find his forever home with the man who rescued him.

When Jason Frost and Brandon Key went fishing on the Warrior River in Alabama, the last thing either of them expected to catch were two orange kittens. Swimming towards their boat, Jason positioned himself to grab the kittens while Brandon got the entire incident on video. The fishermen believe someone may have attempted to dispose of the kittens in the water. Thankfully, these two men were there to save them and both kittens have since been adopted into a loving home.

Vero Salgado risked her life running across a busy highway to save an injured dog near Mexico City. The video, recorded by her daughter, shows Vero weaving in and out of traffic to reach the frightened dog. After coaxing the dog towards her, Vero was able to place a leash on the animal and bring it back to safety. Anybody who has ever been on a busy highway knows how dangerous it would be to attempt to cross it on foot, we’re so happy that Vero and the dog she saved were both unharmed.

Meagan Penman was traveling in Thailand when she came across a stray dog on the beach in Hua Hin. The dog was barely able to walk and struggled to drag his back legs towards Meagan. Not knowing what was wrong with the dog, she brought the dog back to her hotel and immediately began calling veterinarians in Thailand. Once Meagan discovered the dog had a broken back, she started a fundraiser to have him transported back to Canada where he could undergo more testing. Today, Leo lives with his foster mom, Jamie, in Ontario, and is getting all the love and care he needs! 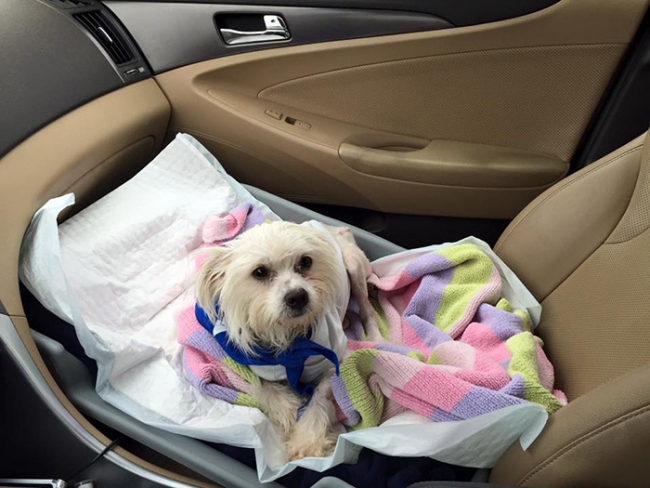 David Loop was driving in Los Angeles when he passed a lifeless small body in the road. He pulled over and saw it was a dog, so he stepped out to move the dog away from oncoming traffic when he saw the dog blink. Upon realizing the dog was still alive David retrieved a litter pan from his car and scooped the pup up and brought her to a vet clinic. Thanks to his quick response, the dog, which he named Miracle, is expected to make a full recovery now spending much of her time now at home with David.

Richard Christianson rescued an injured cat from the middle of a freeway in Arizona, even after rescue groups told him it was too dangerous to attempt! According to Richard, the cat was dehydrated and injured but didn’t resist or attempt to flee when he approached him, and instead went limp in his arms and began to purr. Richard brought the cat to the local Humane Society where the cat underwent two surgeries. After a month of rehabilitation, the cat, dubbed “Freeway,” was able to go to his forever home with the man who rescued him. 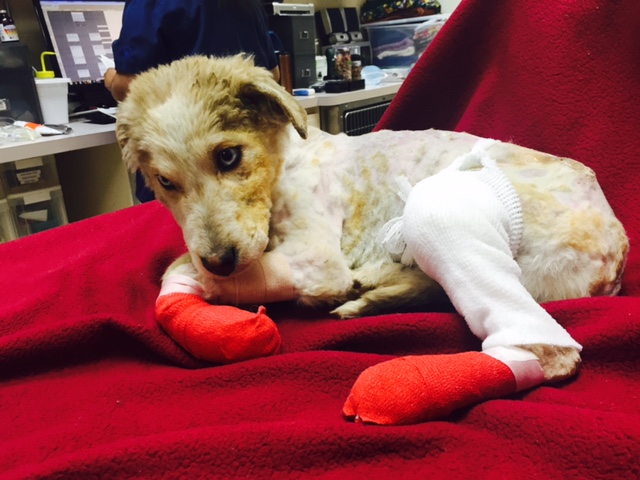 Clayton Van Wert was walking through a garbage dump in Minnesota when he heard faint whimpers coming from the yard. Following the cries, Clayton came across a metal dumpster on fire in the yard with a puppy inside. Utilizing his gloved hands, Clayton removed the puppy from the dumpster and saw his charred fur. The pup was in serious need of help, so Clayton brought him to a veterinary clinic. Veterinarians believe someone must have disposed of the puppy, now named Phoenix, given the unlikely odds that the puppy would’ve been able to get inside of a metal dumpster. Thanks to Clayton, Phoenix is recovering and undergoing rehabilitation!

As you can see from these stories, anyone can be a hero for animals in need. A little bit of compassion truly goes a long way! Saving one animal might not change the world, but for that one animal their entire world is changed.