At a time when food costs and inflation are soaring, it’s galling to see food companies charging a premium for seemingly “more humane” products that are actually from animals raised in cruel, factory-farm-like conditions.

The often-seen label “free-range,” for example, may only mean that some animals had minimal access to a small outdoor run and otherwise lived indoors, crowded in barren sheds. And while “cage-free” claims on egg cartons indicate that cruel battery cages are prohibited, the same claim is meaningless on the packaging of chicken meat products because those birds spend their entire lives in giant, cramped warehouses—not in cages. Common terms like “humane” and “humanely-raised” are also unreliable unless paired with strong, independent welfare certifications.

Food producers are using labels like these—whether meaningful or not—more than ever because they know that demand for meat, egg, and dairy products from more humane sources is rising: new ASPCA research shows that 86 percent of grocery shoppers are seeking out meat, eggs, and dairy products with positive animal welfare claims and are willing to spend more money on these items. Sales of products with labels like “cage-free,” “free-range,” and “pasture-raised” have climbed by 27 percent in the past two years.

You would think this rise in demand for higher welfare standards would result in better conditions for animals, yet the number of pigs, chickens, and cattle raised in inhumane conditions on factory farms has only grown. 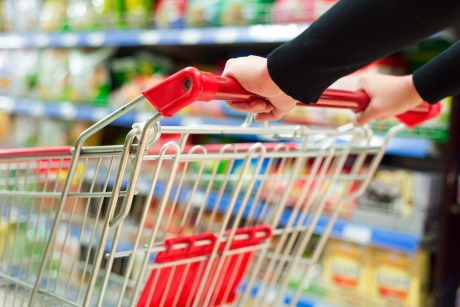 A Lack of Definition and Regulation

One reason for the disconnect between demand and supply is that the USDA barely defines, much less regulates, the majority of claims around animal rearing, and the lack of oversight means large multinational corporations are profiting from doing the bare minimum while responsible organic and true higher-welfare farms struggle to compete.

Animals aren’t the only ones affected by this kind of inconsistent, confusing labeling. Humans are, too. In the ASPCA’s study, nearly 90 percent of those who purchased products with claims that had little to no actual impact on animal welfare reported doing so because they believed the label indicated higher-welfare standards. And 79 percent knowingly paid more for those products based on the same misconception.

While the current USDA organic regulations require animals to have continuous access to the outdoors rather than being kept under continual confinement, the term “access” is—as with other labels—not clearly defined. As a result, we’ve seen varied interpretations of organic standards, particularly in the organic poultry industry, where chickens on organic farms have been given as little as a concrete “run” outside a crowded warehouse. These egregious practices by large multinational corporations do not align with consumer expectations and hurt organic farmers already engaging in higher-welfare practices. 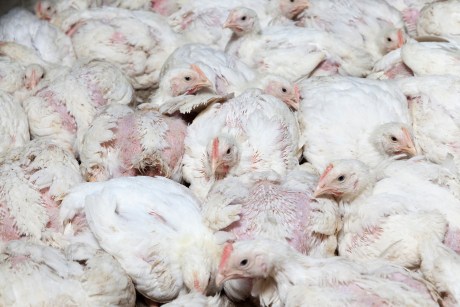 Encouraging Actions by the USDA

For years, advocates have called on our government to step in and ensure labels meet consumers’ expectations, and, finally, the U.S. Department of Agriculture (USDA) has taken some encouraging steps. The agency recently announced long-sought reforms to study and revisit certain food label preapproval guidelines and moved to advance urgently needed requirements to strengthen animal welfare standards in the Organic program.

Originally finalized in 2017—only to be delayed and ultimately withdrawn by the Trump Administration in 2018—the USDA has now introduced a new Organic Livestock and Poultry Standards (OLPS) rule, a much-needed second chance to give the 60 million animals raised on organic farms meaningful protections against factory farm-like conditions.

Everyone now has the opportunity to urge the USDA to set consistent and rigorous animal welfare standards and enforce honesty in food labeling by submitting a public comment on the OLPS rule. We also encourage you to join the growing movement of people fighting factory farming by replacing industrially produced animal products with plant-based alternatives or meaningfully welfare-certified products using the ASPCA’s Shop With Your Heart Grocery List.

Once consumers have access to truthful information about farming practices, the end of factory farming becomes more of a matter of when not if.