Food Labels 101: Top 10 Ingredients You Need to Know About For Optimal Health

Have you ever taken the time to look at the ingredient list on the back of that box of cereal? You might be glazing over terms such as maltodextrin, dextrose, or lecithin. It looks like a foreign language, chemically derived, and, if you’re like most of us, you toss the box into your cart or back on the shelf based on the price, without thinking twice about those undeterminable terms on the back.

For decades, society has placed their trust in the food industry to provide the best quality product via the safest processes. Yet, recent health studies have begun to illuminate lurking dangers in these so-called safe processed foods. As our attention has been hyper-focused on the macronutrient content of the processed items we eat — carbs, protein, and fat — we’ve been lackadaisical in reviewing the ingredient list. This isn’t because we don’t want the best, but mostly because the language squished into that tiny, undefined section of the packaging needs a dictionary to go with it. 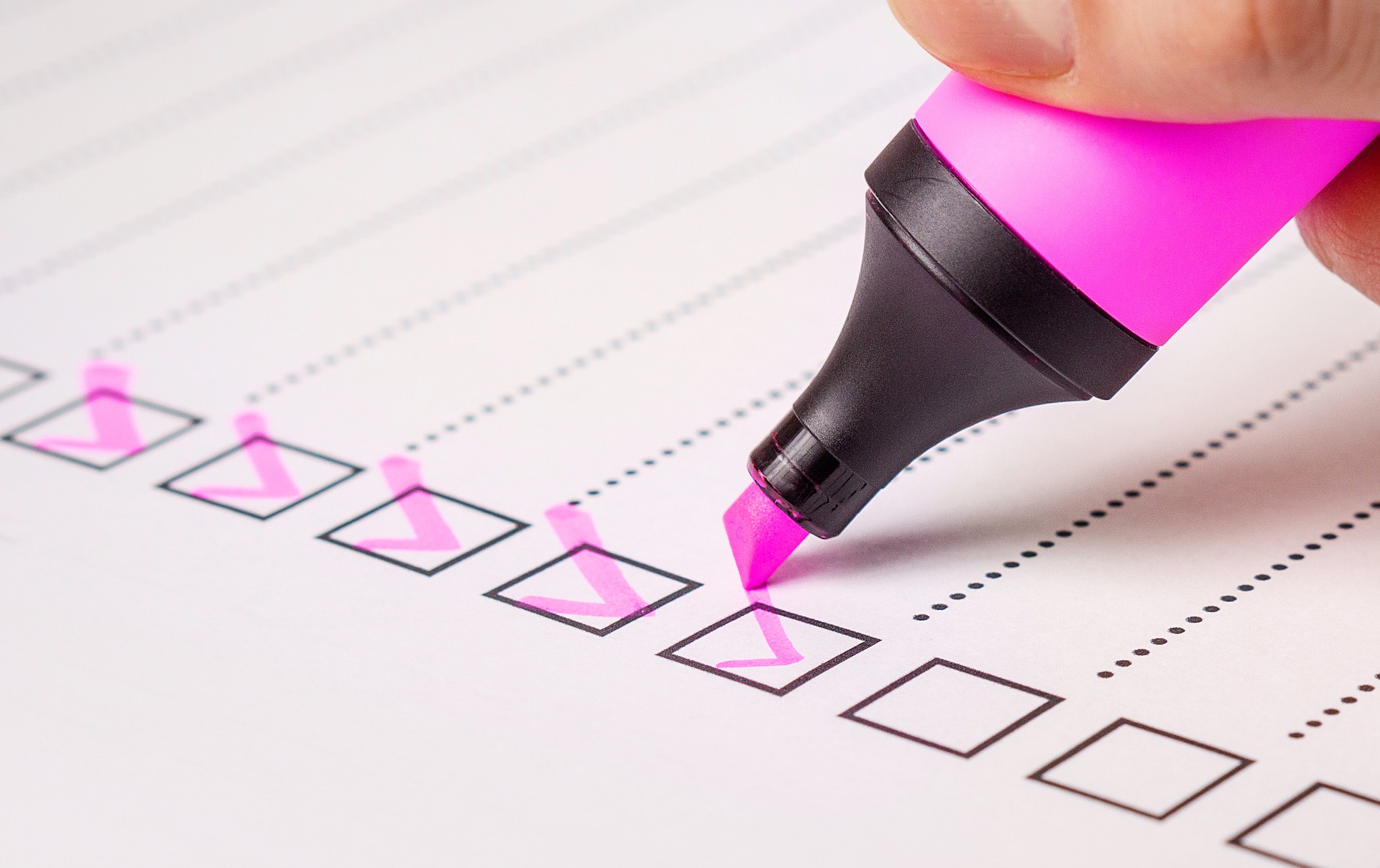 So, let’s take a deeper dive into some of the more common chemical-based terms in processed foods and determine whether they are good or possibly harmful for our health. 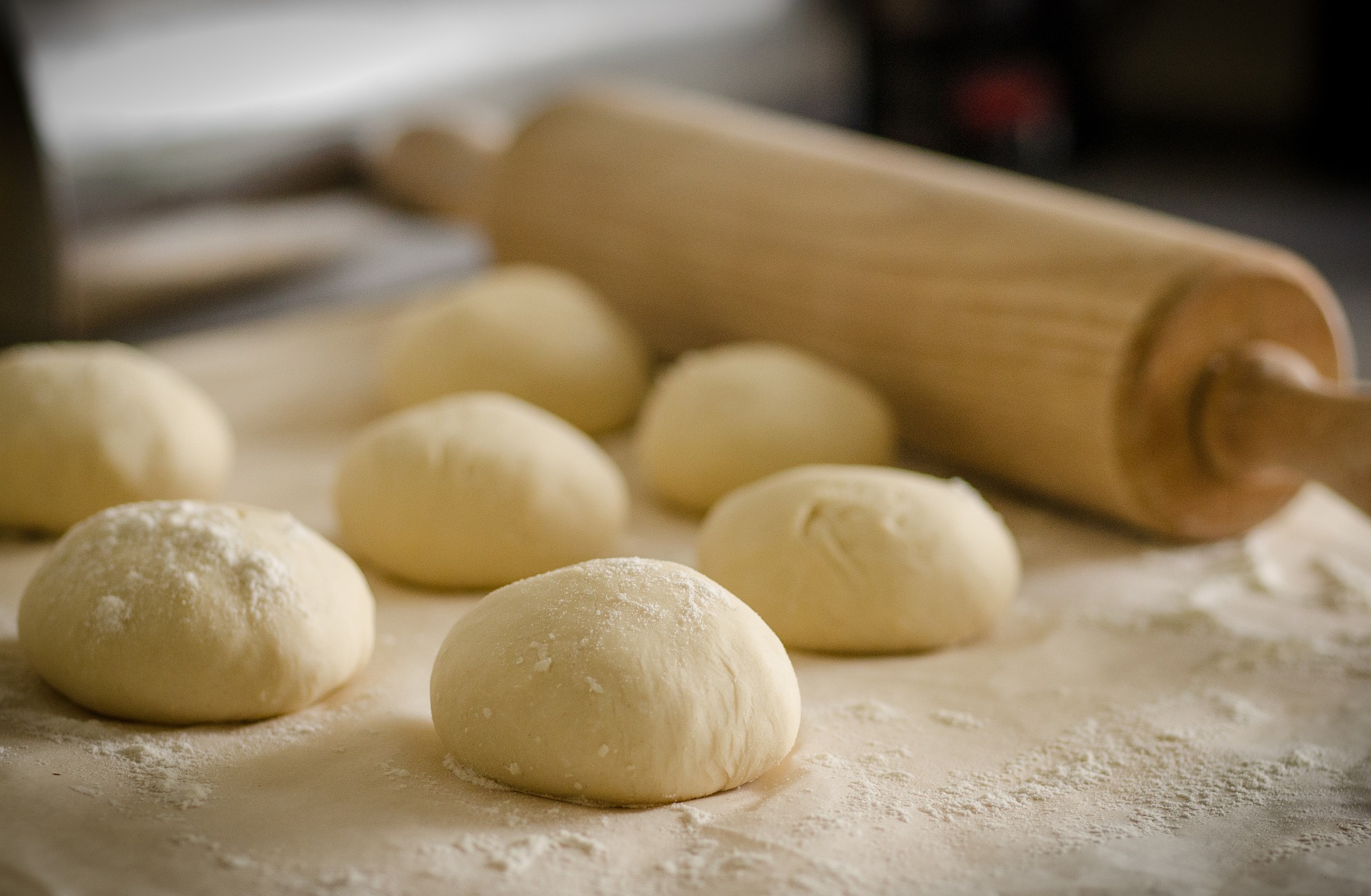 Azodicarbonamide (ADA) is a chemical substance used to whiten, also referred to as oxidizing, cereal flour and condition dough used for baking bread. It is not a naturally occurring substance, yet is created “industrially by the condensation reaction between hydrazine sulfate and urea under high temperature and pressure, followed by oxidation with NaOCI.” In the end, you wind up with a red-orange crystal-like substance. While also used in food products, ADA is found in rubber and plastic products, most notably yoga mats.

Yep, that’s right. The same product used to make the mat you sweat out your stress on is also used in that fluffy piece of white bread served for breakfast an hour later. Along with the negative public fall-out of this fact, came purporting allegations that ADA may also be linked to health issues such as asthma, gluten irritability, immune system issues, and cancer. 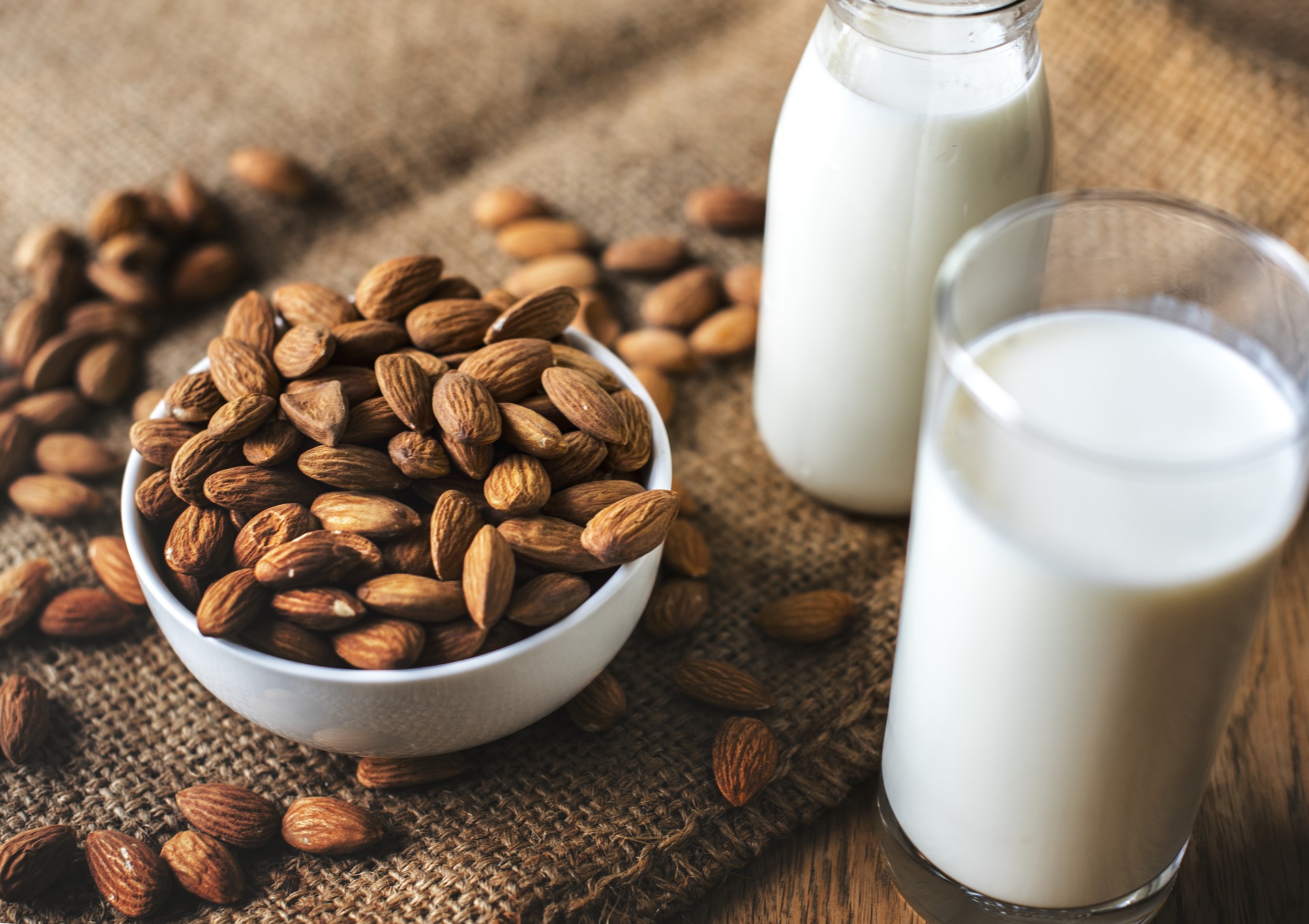 We’ve all heard of the necessity of calcium. This essential mineral is important for bone and teeth health, as well as muscle, heart, and nerve function. Calcium is primarily found in dairy products but is also becoming a popular and necessary additive to processed foods such as plant-based milk and cheeses, packaged cereals, power bars, and even baked goods. This additive is called calcium carbonate and is “naturally derived from the earth’s limestone, marble or sedimentation of crushed marine shells.” For those practicing a plant-based lifestyle, choosing products with calcium carbonate is a great way to add a little more of this essential mineral to your diet! 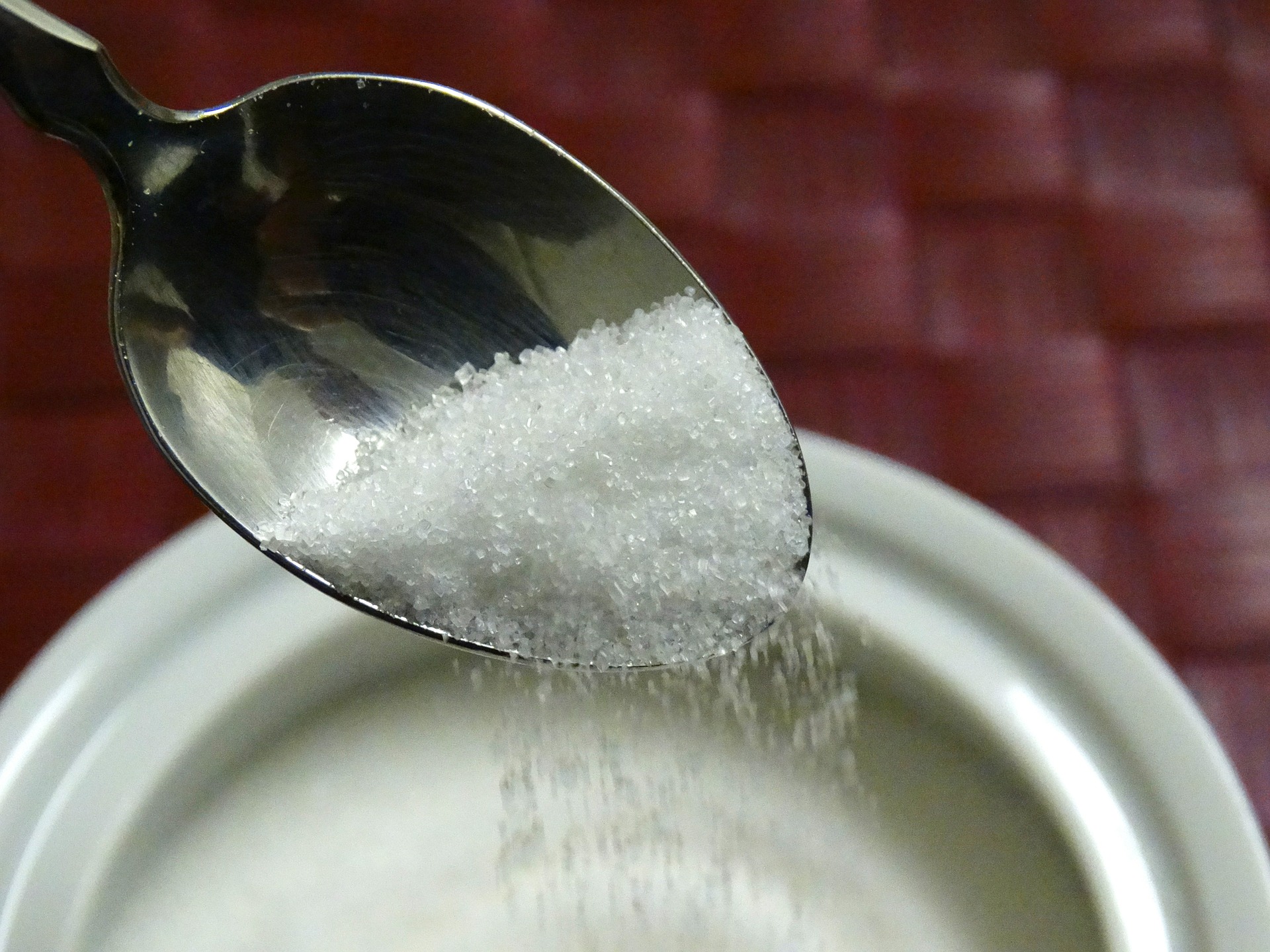 Has anyone ever told you to be aware of those added sugars in your food? Most likely, you didn’t know that dextrose is actually a form of added sugar. When starch-heavy plants, such as corn, wheat, and rice, are broken down, dextrose is created. Through heavy processing, these starches are turned into “monosaccharides using enzymes, and to a lesser extent acid.” Even though dextrose is created from natural products — and indicated as ‘natural’ on your ingredients label — it is still a highly-processed item in your food. It is primarily used as a sweetener in “packaged and processed foods.”

Much like lecithin, Gellan Gum acts as a thickener in many vegan or vegetarian foods. Yet, this food additive is also used in beauty and personal care products, paper-production markets, and industrial cleaners. Gellan Gum is created via “bacterial fermentation using a sugar source,” much like Kombucha or pickled vegetables. The sugar “provides a source of energy for the bacteria to consume.” The popularity of this food additive in vegan and vegetarian products stems from its creamy, plant-sourced texture that is free of animal fats and animal products. Similar products include locust bean gum, xanthan gum, and guar gum, which may pop up in the ingredient label on health foods and vegan products such as plant-based alternative milk, vegan cheese, and vegan yogurts. 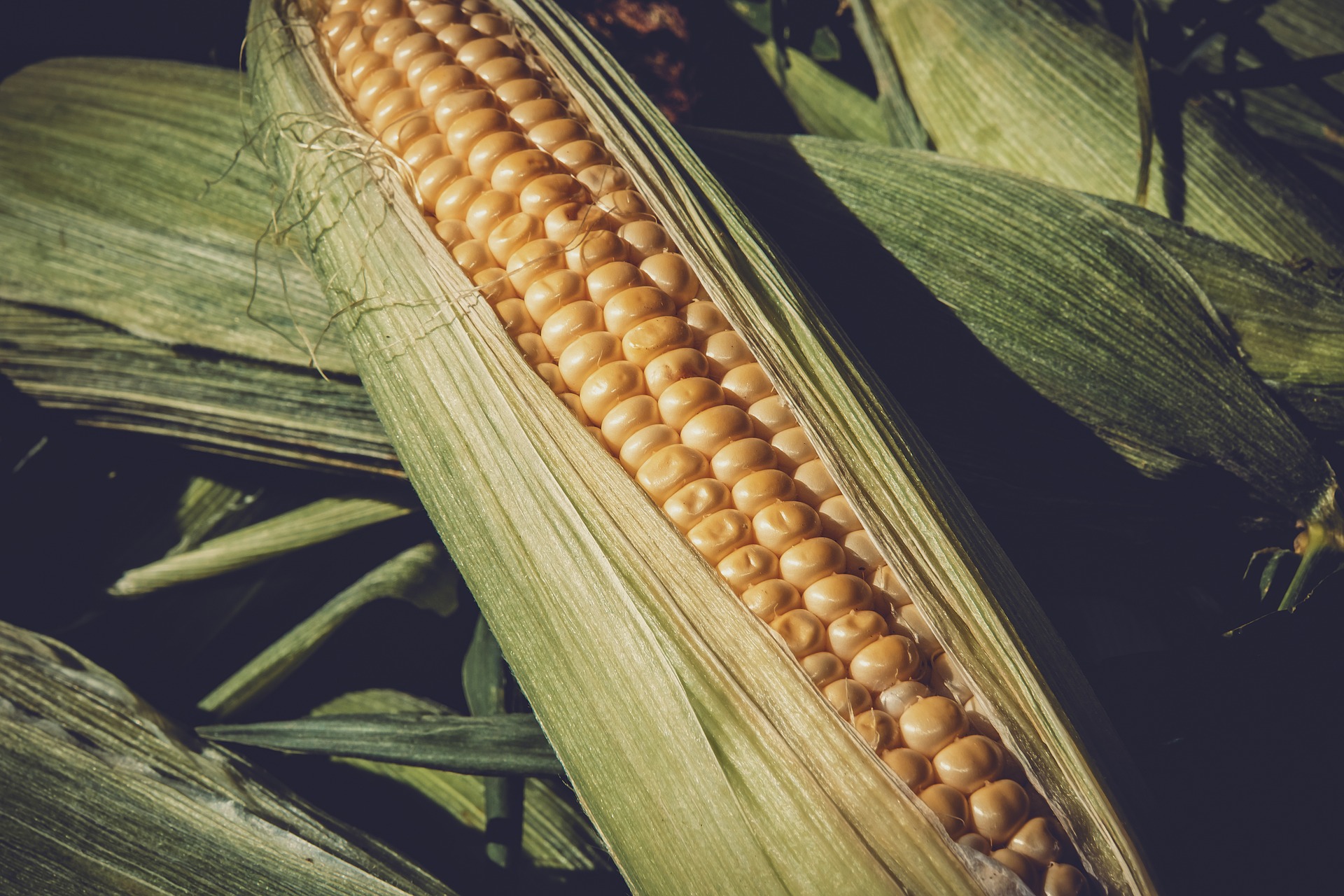 Hopefully, due to the public admonishment of this food additive, we are all aware of the damaging health effects of high fructose corn syrup (HFCS). But, if this is a new term, here’s the breakdown of HFCS and why it should be avoided.

High fructose corn syrup comes from corn starch, a “chain of glucose (a simple sugar) molecules joined together.” Once the starch is industrially broken down it becomes corn syrup, which is 100 percent glucose (just a technical term for sugar). Where does the fructose come from? Well, fructose is simply another term for fruit sugar. During the processing of corn syrup, enzymes are added that “convert some of the glucose” to fructose creating “high” fructose corn syrup. Therefore, if you see this item in your ingredient label, you can simply read it as sugar.

While high fructose corn syrup offers zero nutritional value, a diet high in HFCS has been attributed to various health issues such as a higher risk of obesity, diabetes, heart disease, cancer, and inflammatory diseases. 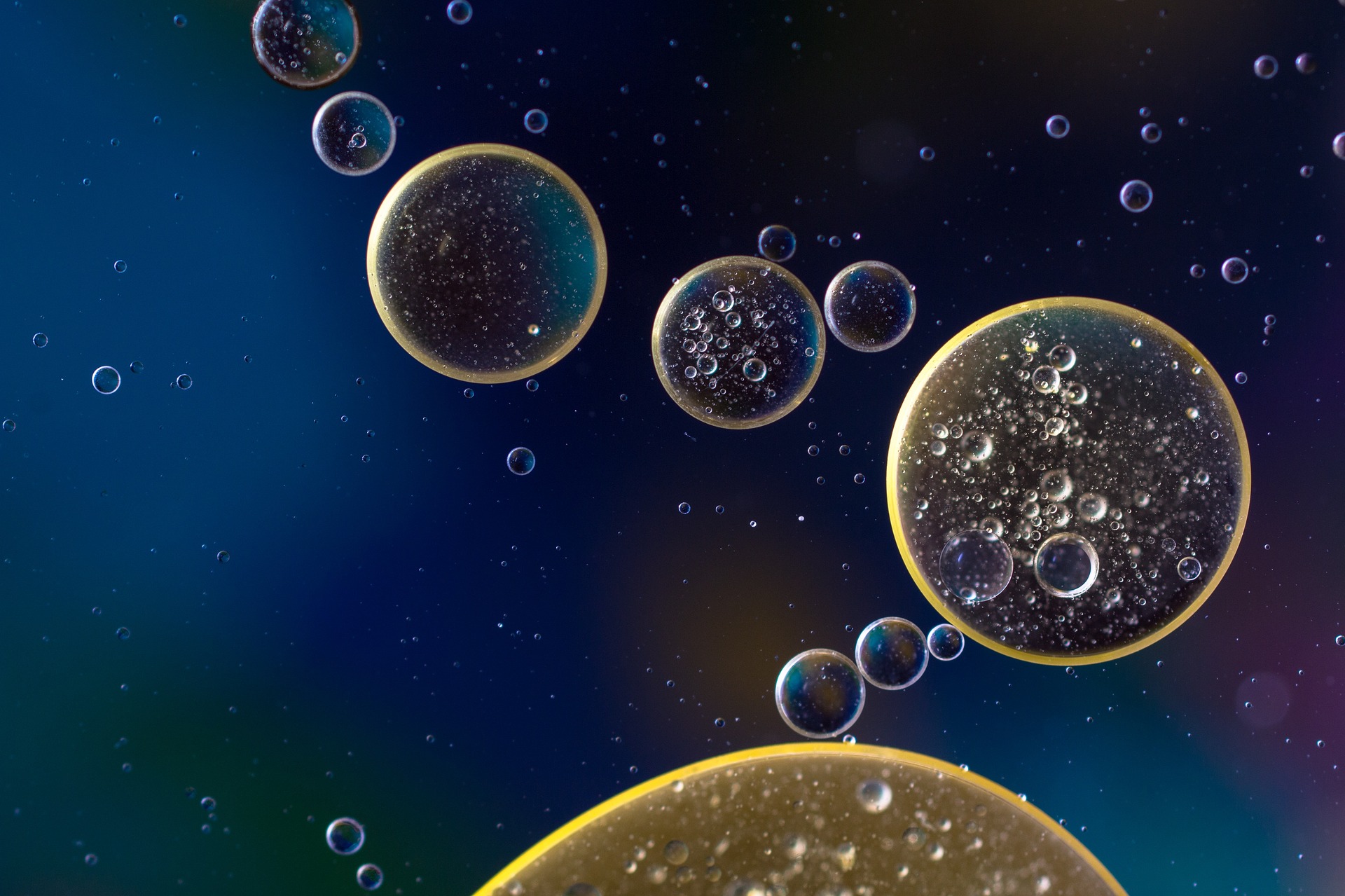 Lecithin is a popular food additive called a natural emulsifier. An emulsifier is a “surface-active agent that acts as a border between two immiscible liquids,” two substances that can’t form a homogenous mixture such as oil and water. Basically, an emulsifier allows liquids that don’t mix, to mix into one concoction, while also extending the shelf life of the product. They are made of phosphoric acid, choline, glycerol and glycolipids, fatty acids, phospholipids, and triglycerides.

Yet, where does this emulsifier come from?

Lecithin is primarily sourced from any “oily substances” that are found naturally in both plants and animals including soybeans, fish, grains, legumes, eggs, and even yeast. While lecithin has always been seen as a safe and natural food additive, a recent study published in Nature suggests that lecithin could be negatively affecting our gut microbio, increasing the risk or incidence of “obesity, metabolic syndrome, and inflammatory bowel disease.” 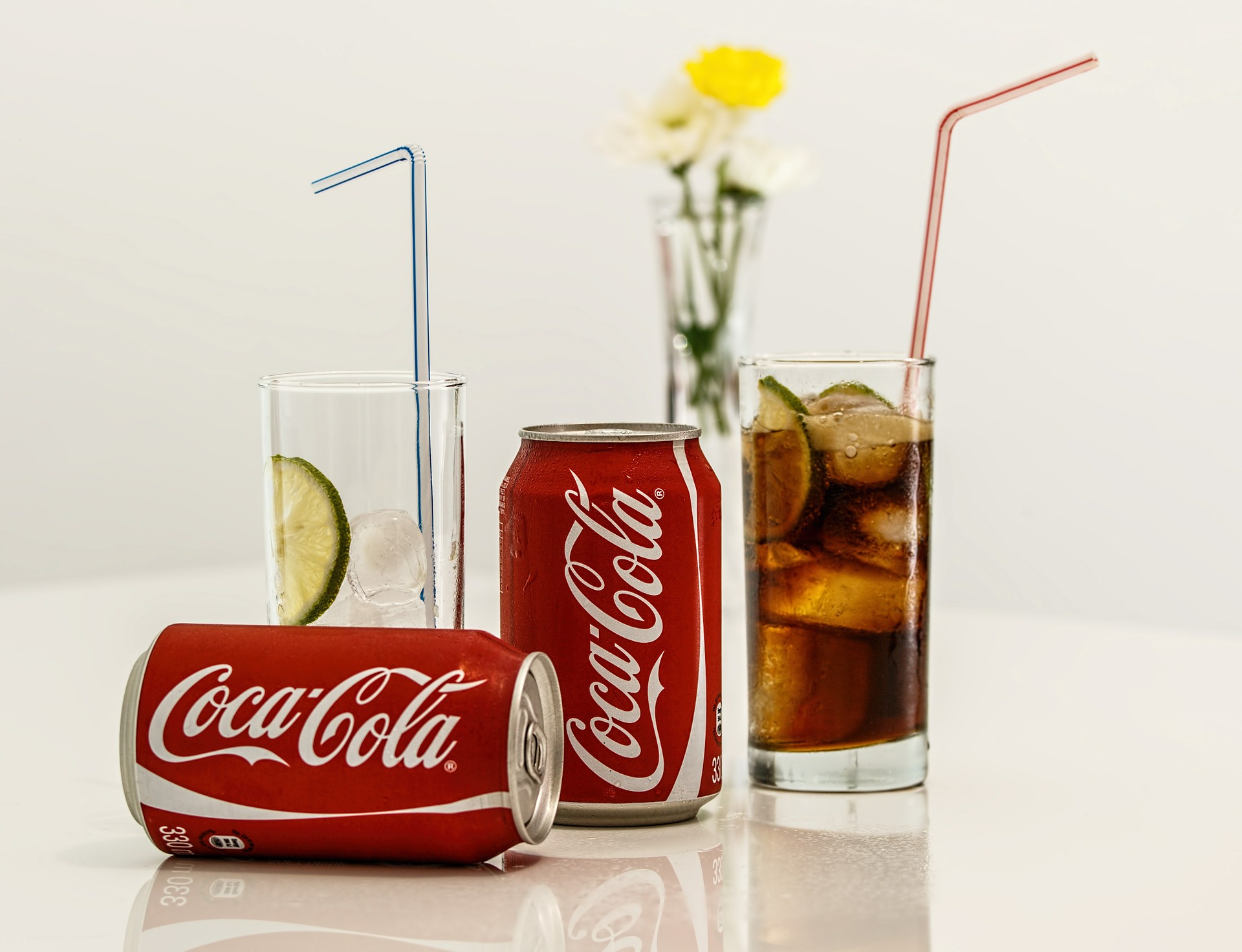 Phosphoric acid (H3P04) is a weak, colorless, odorless inorganic mineral acid that has a syrupy consistency. This particular food additive is generally found in soda beverages and processed foods and provides a tangy flavor, while also extended the shelf life by staving off bacteria and mold growth. As with so many other food additives that we’ve reviewed in this article, phosphoric acid is also used “as a rust inhibitor, a dental and industrial etchant, fertilizer feedstock, and as an ingredient in home cleaning products.” Along with soda beverages, phosphoric acid is found in bottled or canned coffee beverages, iced teas, and creamers, packaged bars, as well as some dairy products and enhanced meat products.

Unfortunately, phosphoric acid has been linked to many health concerns such as lower bone density, kidney issues, increased body acidity that negatively affects dental health and acid reflux sufferers, damages tissue, and has been shown to decrease nutrients in the body. 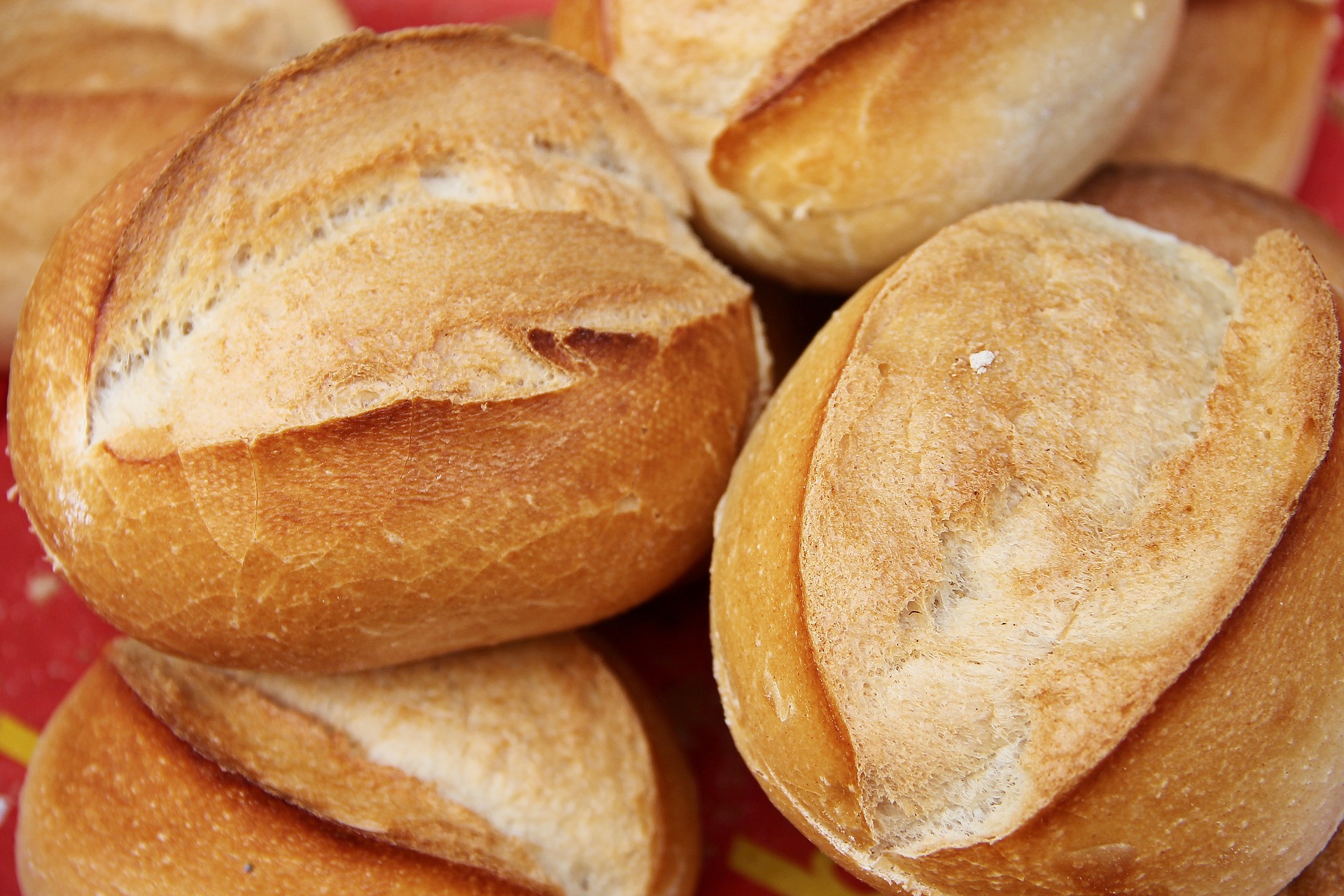 Potassium bromate is a widely-banned food additive including the European Union, Brazil, Canada, to mention just a few of the global markets that refuse to carry products that contain this agent. Why? Laboratory studies revealed that potassium bromate caused cancer in mice and rats. Unfortunately, potassium bromate is still legal in the United States, and has “remained legal since it was first patented for us in baking bread, in 1914.” Potassium bromate is a bromate — a chemical compound that contains bromate anion — of potassium — is a chemical element and one of the alkali metals first discovered in the ashes of plants — and is popularly used as an oxidizing agent. This highly processed, chemical agent is used to age flour quickly, enhance elasticity and bleach dough. The end product — the fluffy, white bread product you can buy at your local grocery store — contains less than 20 parts per billion of potassium bromate.

Yet, in a 1982 research study performed in Japan, the possible cancerous effects of this food additive caused a wide-spread ban of the item. Given the small amounts that remained after processing, the United States Food and Drug Administration decided to keep it as legal.

With that said, per LiveScience.com, “whenever bromated flour isn’t baked for long enough or at a high enough temperature, or if too much potassium bromate is added in the first place, this harmful additive can potentially be found in the final product in far greater quantities.”

Per the Environment, Health and Safety Online (EHSO), sulfites are “used as a food preservative or enhancer” and are found in various forms such as potassium or sodium bisulfite and metabisulfite, sodium sulfite, and sulfur dioxide. Sulfites are added to a broad range of processed foods including baked goods, beer, dehydrated vegetables, dried fruit, grain products, molasses, soup mixes, tea, vinegar, and wine. Oftentimes, sulfite and salt are accidentally thought to be the same product, yet salt is a naturally occurring food product while sulfite is an inorganic chemical creation used as a food additive.

When you’re reviewing the ingredient list on the back of a packaged product, sulfites are generally labeled as sulfur dioxide. While most of the population can safely ingest sulfite, some negative allergic reactions have occurred in a small population including nausea, diarrhea, shortness of breath, hives, and, in rare cases, fatal shock. 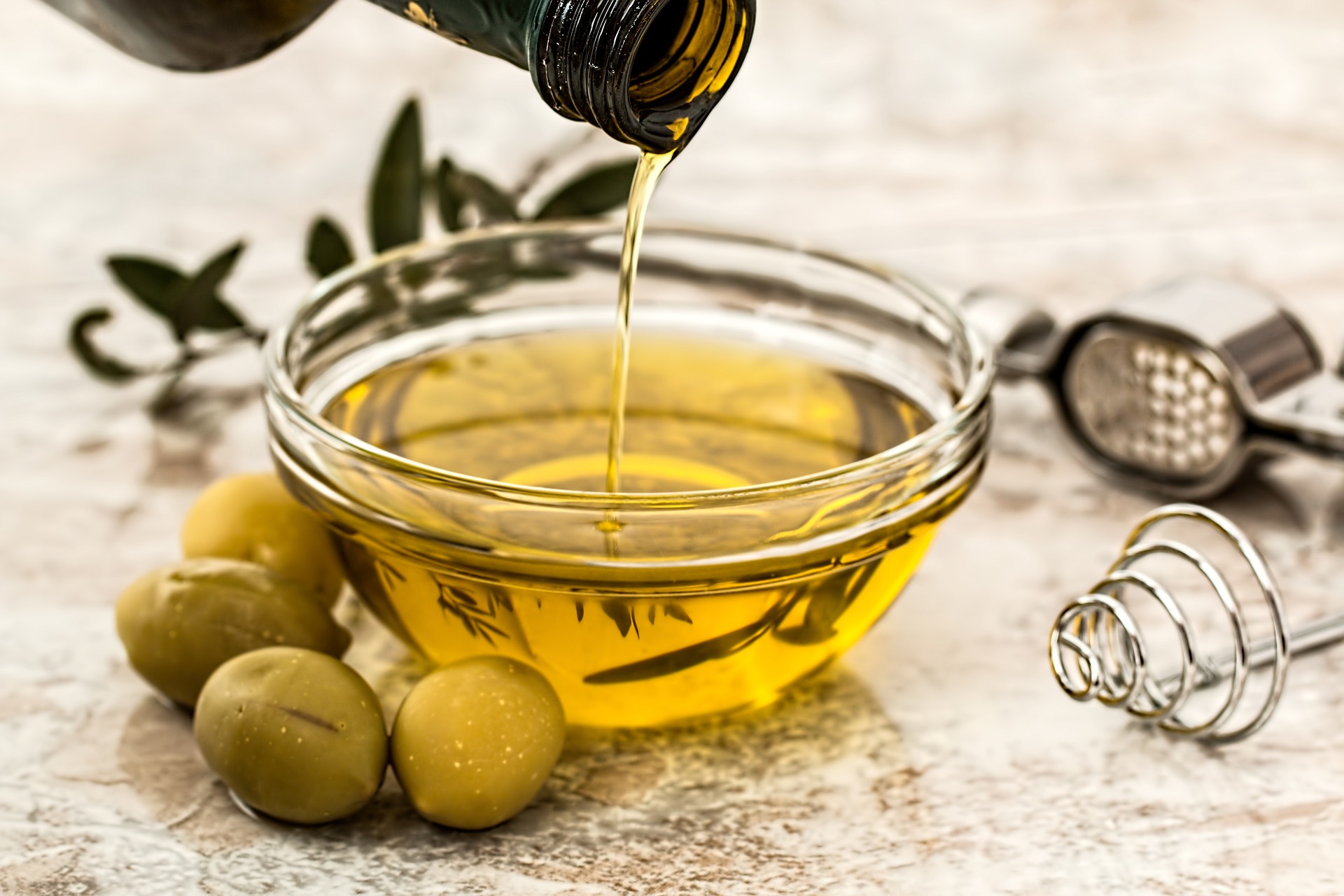 Discovered as a “dietary fertility factor in rats” during laboratory studies in 1936, tocopherols come in a variety of chemical types including a-tocopherol (found primarily in Europe in olive and sunflower oils) and y-tocopherol (found primarily in American in soybean and corn oil). While tocopherols come in various forms of methylated phenols, also referred to as organic chemical compounds, when boiled down to a language we all understand they are basically a form of vitamin E. Tocopherols are primarily used to increase vitamin E content in oils and as an “antioxidant to prevent oils from going rancid.”

In order to completely avoid consuming potentially harmful or dangerous food additives, try cooking raw ingredients at home! We highly recommend downloading our Food Monster App, which is available for both Android and iPhone, and can also be found on Instagram and Facebook, in order to find an endless supply of plant-based, delicious recipes. The app has more than 10,000 plant-based, allergy-friendly recipes, and subscribers gain access to new recipes every day. Check it out!