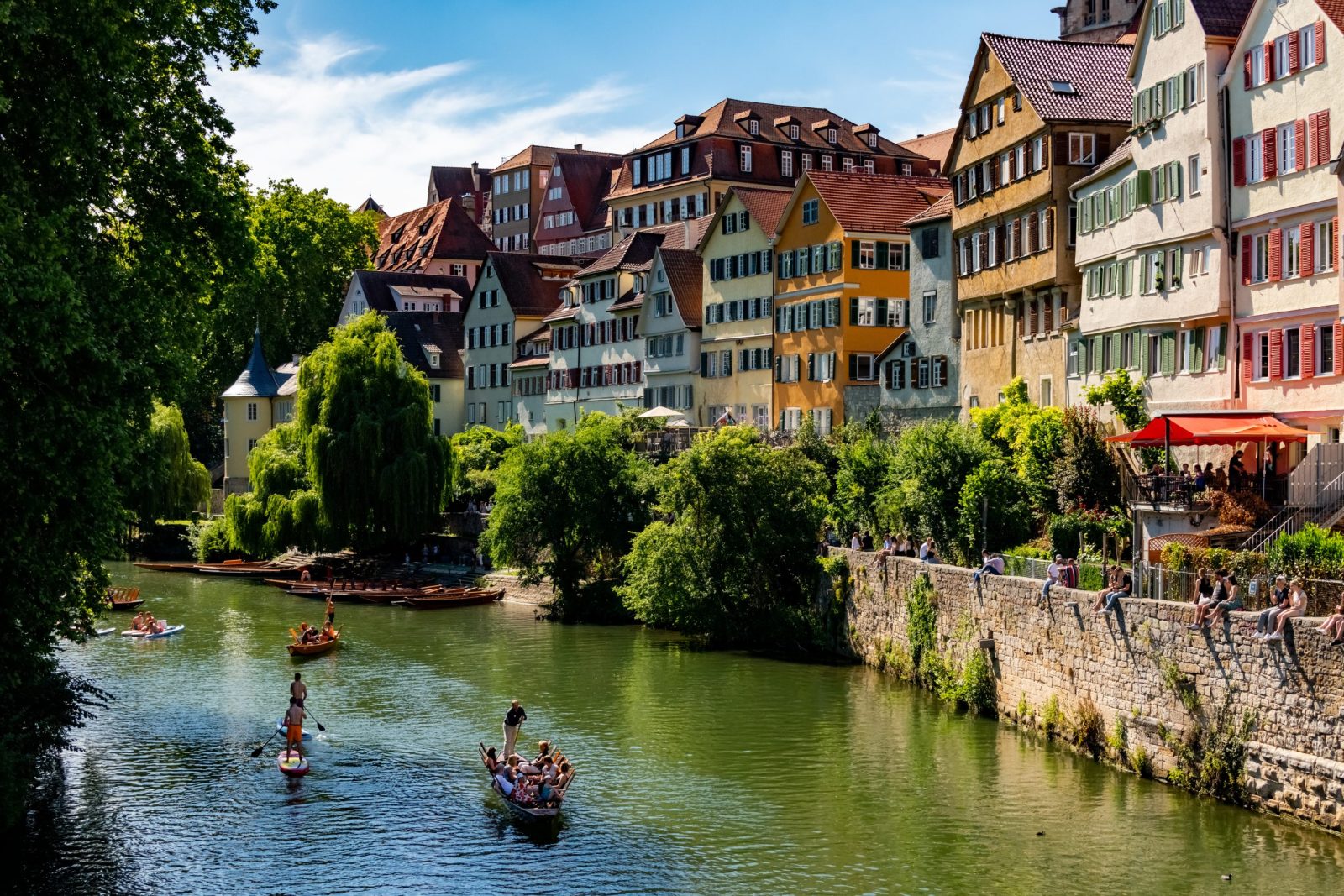 Located in Germany’s southwest, Tübingen is known for its green reputation, where veganism and environmental friendliness are a part of everyday life.

The small city is built around an old town with cobbled alleyways, old timbered houses, and beautiful canals. Most of the German cities were destroyed during WWII, but just one bomb fell on Tübingen, leaving it nearly fully intact. The Neckar river rushes through the city center and forms a little island called the Neckarinsel, covered in gorgeous blooming flowers in the spring.

This place already sounds like a European vegan fairytale, but it just keeps getting better. It is located in one of the nation’s sunniest spots and is known as a university town for how many young students live there. There are nearly 90,000 residents, and more than 27,000 are students at the local university.

Tübingen was one of the centers for the German student demonstrations in 1968, which took place all over West Germany, protesting traditionalism and authority, which made much of Germany what it is today. Tübingen is green, eco-friendly, and very open-minded to alternative lifestyles.

“In Tübingen, there are self-governed housing initiatives, where cooking and grocery shopping is organised collectively and is mostly vegan,” explained Jenny Bröder, who has been living in Tübingen for 12 years and works at the university. “The people running and living in these housings are often politically active, cultivate an awareness for social and ecological topics, and contribute to the cultural scene by organising concerts, lectures, festivals and parties. The food offered at these events is usually vegan too.”

Srishti Chaudhary visited once and was pulled back years later and made it her home. She wrote for BBC Travel that many of the people she has met are vegetarian or vegan. It is common if someone asks you if you eat meat or have any allergies. The city even officially participates in Veganuary every year.

“Our vegetarian offering of the day gets sold out much quicker than the meat offering,” Alok Damodaran told Chaudhary. Damodaran runs a South Indian food truck in the city, and for a country that is so well known for its sausage, this is amazing!

The young, energetic vibe of the city allows for sustainability to be possible, and the community is conscious of environmental issues. The city is constantly redesigning to be more environmentally friendly and keep up with the times. There are many bike lanes, and the city also has high parking fees to deter locals from having a car. This February, a law was passed that said cars will no longer be allowed to drive on the city’s central street. They will be reserved only for bikes and buses, which students can travel on for free weekends and after 7:00 in the evening. The government has plans to make buses free all the time.

The city spends three times as much on bicycle infrastructure per capita than Copenhagen, the city’s mayor, Boris Palmer, told Chaudhary. In just the first few weeks of the tax, there was 15 percent less waste in the city’s trash bins.

Naresh Taneja, who has owned the vegan Indian restaurant Maharaja in Tübingen for 30 years, said, “I have stopped stocking any disposable plates. We were already encouraging our customers to bring their own lunchboxes, and now this tax helped even more.”

The government has also helped local businesses deal with the packaging tax and helped purchase dishwashers and reusable cutlery. However, the only McDonald’s in the city is not happy with the tax. They are suing the city over the tax, but the mayor is confident that the tax will prevail when the case is heard.

“We believe that a city has the right to frame such a tax, and then even a big company has to accept that. I can’t believe why an international company can’t switch to reusables if every small business can do that.”

Many cities all around the world should learn from Tübingen’s practices and measures to have a functioning and eco-friendly city. What an amazing example of what could happen if everyone was aware of environmental issues and cared about saving the planet!