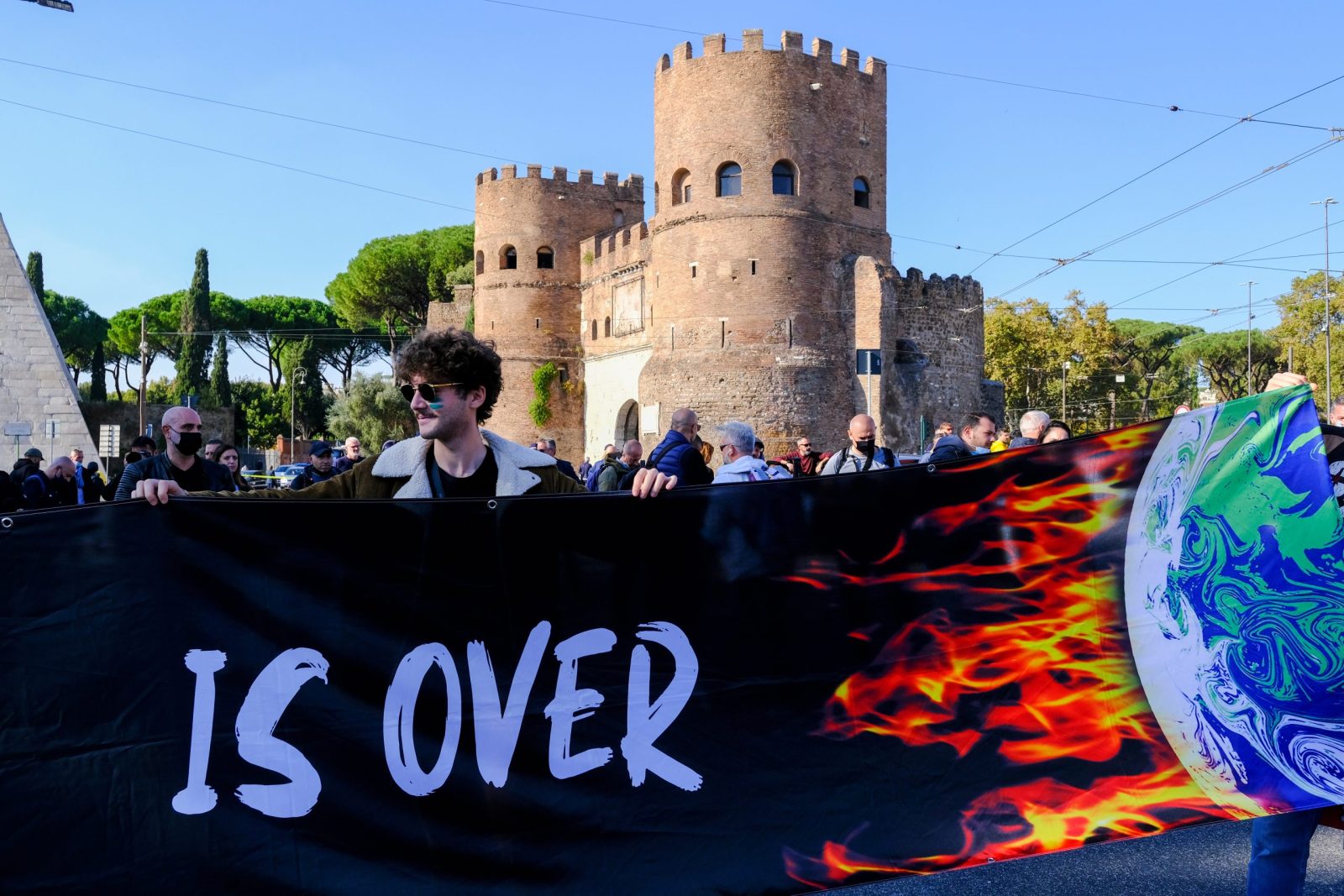 Last week, protesters worldwide demanded that leaders take action against global warming and call for an end to the destructive war in Ukraine. They demand an end to the environment-destroying invasion and the support of the fossil fuel industry, especially that in Russia.

No European country receives more fossil fuels from Putin than Germany. We are funding a war & destroying the climate.

Protests worldwide were called by the Fridays for Future movement. The movement is a youth-led and organized movement inspired by Greta Thunberg and other young activists. In 2018, they would sit in front of the Swedish parliament every schoolday for three weeks, protesting the government’s inaction on climate change. The movement soon went viral.

In Indonesia, activists dressed in red robes while some held signs saying “system change, not climate change.” Other posters said, “G20, stop funding our extinction.” G20 is an intergovernmental forum of the European Union and 19 other powerful countries. The group is supposed to address issues related to the global economy, financial stability, climate change mitigation, and sustainable development. The group is clearly not doing what it was intended to do, and with the group’s next summit happening in Indonesia later this year, the world is demanding that they address these problems.

Thousands of mostly young activists at climate strike in Berlin chant "Stand with Ukraine" before marching through government district in German capital. pic.twitter.com/TLhliXVtcf

Nearly 300 protests also happened across Germany, where nearly 250,000 Ukrainian refugees came in the last month. Throughout the worldwide demonstrations, the Ukrainian flag was prevalent. In Berlin, two Russian activists spoke and condemned the actions of their government.

Ilyess El Kortbi, a 25-year-old refugee from Ukraine, is currently in Berlin and praised the brave activists from Russia for speaking out against the war.

“They are doing the best they can,” he said. “Even if their regime is authoritarian and really repressive, they still continue standing with us against Putin.”

Many activists are upset that countries continue to buy fossil fuels from Russia even though we know how detrimental they are to the planet and how they impact global warming.