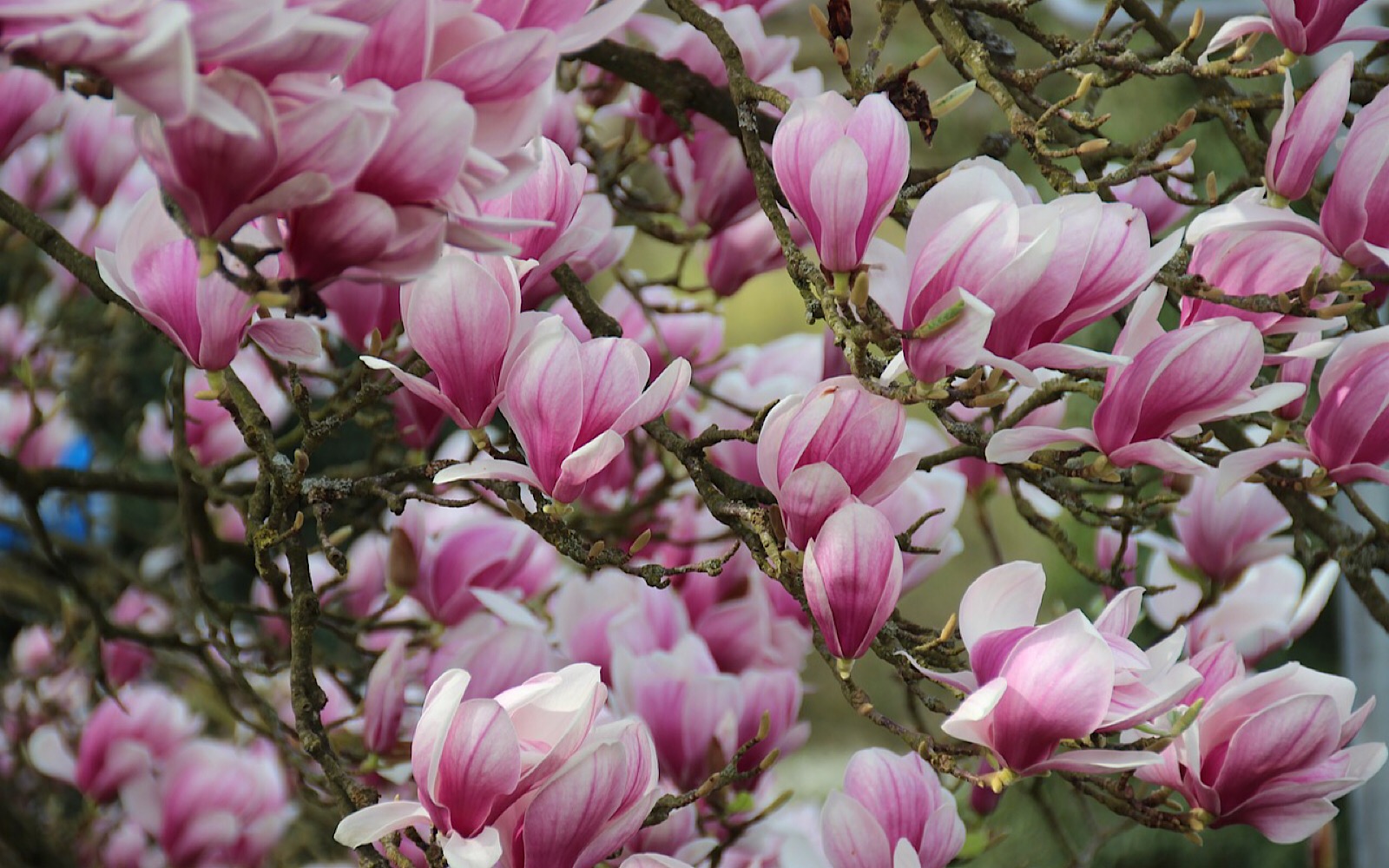 Hopefully, as spring rolls around, growing food will be on a lot of people’s minds, but that isn’t to say there isn’t time to enjoy some flowers. One of the most hope-inspiring parts of spring is to notice those first delightful blooms stretching out, signaling that the cold and snow have just about closed up shop for the season.

For those of us who use the flowers to move quickly into spring, it’s best to choose those that bloom earliest. By and large, that means that bulbs and perennials are likely going to be in the flower beds. Conveniently, these flowers don’t require cultivating year in and year out, and because they are in the ground waiting for the first opportunity to bloom, they’ll do it as early as possible.

Considering the garden’s vertical and horizontal spacing and the need for some color variety and mid-March excitement, here are ten early bloomers to include in the flower bed. The bees will like them, too. 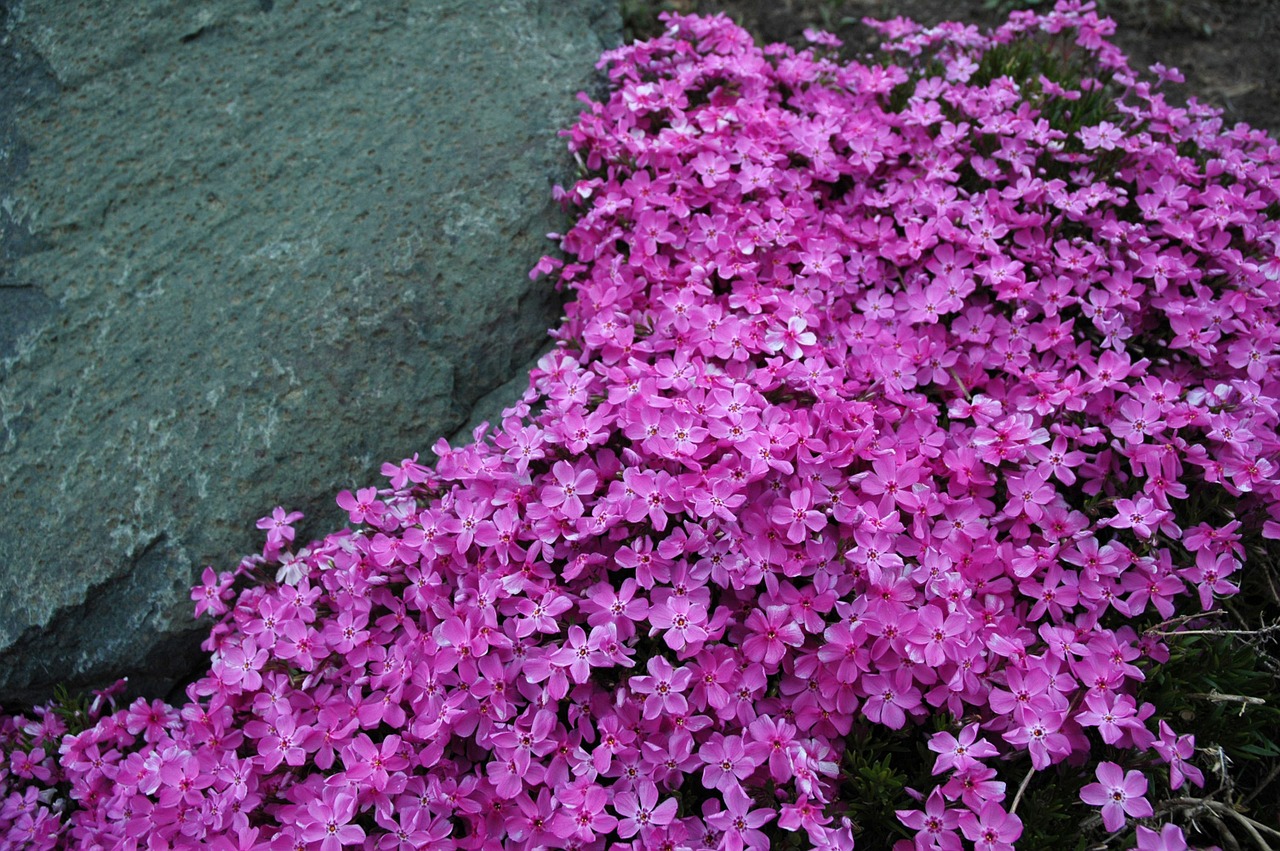 A relatively carefree plant, creeping phlox does its duty over rocks and less than ideal soils. It carpets the ground and blooms. It can also be propagated by cutting the plant in half down through the roots, leaving one half in the original hole and growing the other half elsewhere. It’s a semi-evergreen with needle foliage and small, five-pointed flowers. Flowers can be red, white, purple, and mixtures of these colors.

Also a ground cover, as suggested by the “creeping,” creeping myrtle grows quickly, covers the ground, and is resistant to most pests, animals, and diseases. It’s also known as periwinkle and produces purple flowers. This is a very tough plant that’ll establish itself well and hang around for years to come.

While snowdrops might seemingly be the last thing you want in spring, these flowers — white as one might have guessed — are beauties. They are renowned as very early bloomers, sometimes even known to push through the snow in an effort to get going. These are bulbous plants that’ll die by the summertime and return for another visit the following spring. 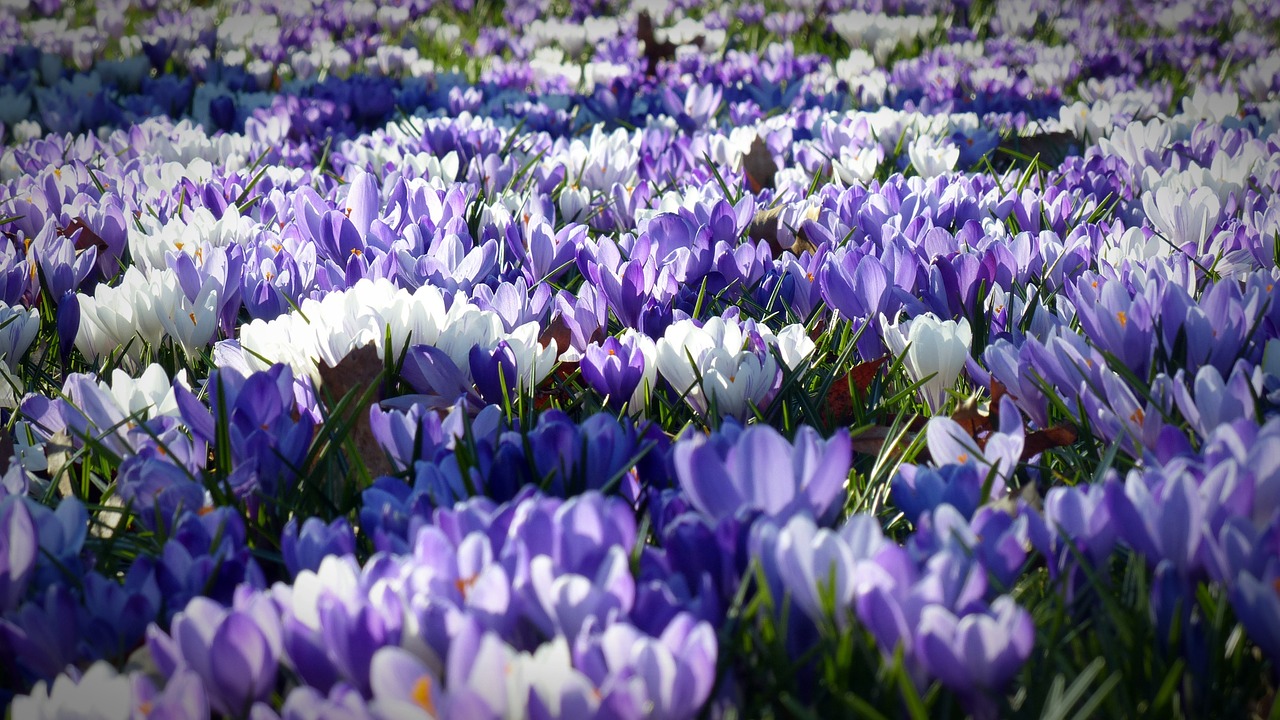 Though sometimes considered a bulb, crocuses actually spring forth from corms, underground plant stems that swell up to look like bulbs. Whatever the case, they come shortly after snowdrops but provide much more color. The foraging wild animals aren’t particularly fans, so they are likely to make it back year after year.

These perennials bare yellow flowers in early spring, and they are actually relatives of buttercups. The plants grow to be about a foot tall and have feathery leaves. When buying these, it’s important to go for the perennial varieties rather than annual. The annuals, of course, won’t come back for free next spring.

More recognized for being bottled and sold on pharmacy shelves, witch hazel is actually a flowering bush and close relative to the sweet gum. In reality, they can be huge — 30 feet tall and half as wide — so they’ll probably work best towards the back of the bed or in corners, where they won’t be blocking other blooms. That said, they do emit a wonderful aroma. 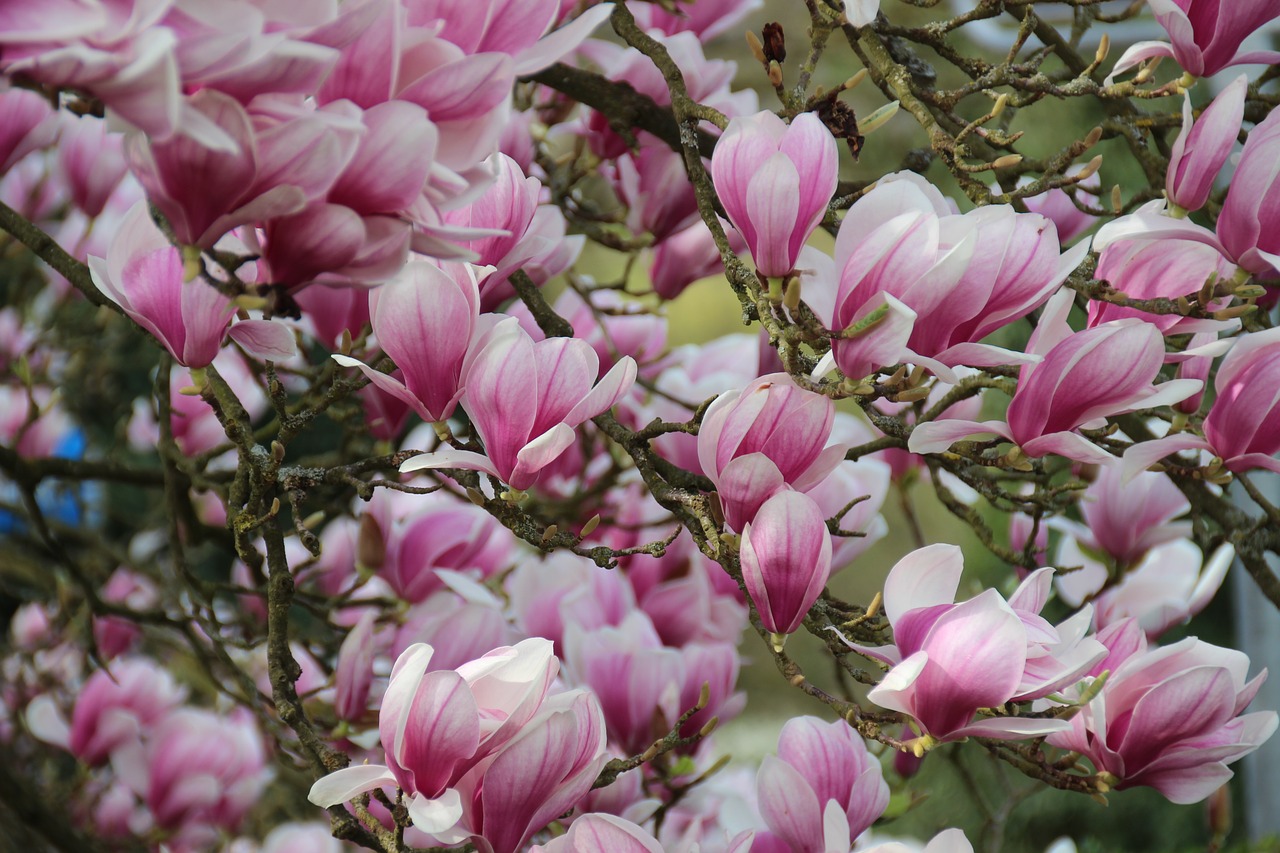 Speaking of wonderful aromas, magnolias are massive flowers with the most fragrant blooms, and some like to show up early in the season. Magnolia trees are mostly a Southern thing, but there are actually many other varieties (other than the Southern Magnolia) to choose from, some of which do okay in colder environs. Understand the mature size of what you are planting with these as some magnolia trees are enormous.

Flowers will appear even as early as late winter, and they are beautiful and come in a huge variety of colors. Many of the flowers are pleasantly aromatic and enduring. This is also a plant that deer and other wildlife aren’t keen on, so it will be less likely to be eaten. Hellebore is a perennial evergreen and will perform well in dappled light, i.e. shadier spots.

Surprise, surprise — bleeding hearts are pinkish flowers that bloom into heart shapes with little teardrops dripping from the bottoms. They also form generous lines along arching limbs. They, too, will provide some color in shady areas. They do, however, want for fertile soil, so cue the compost. 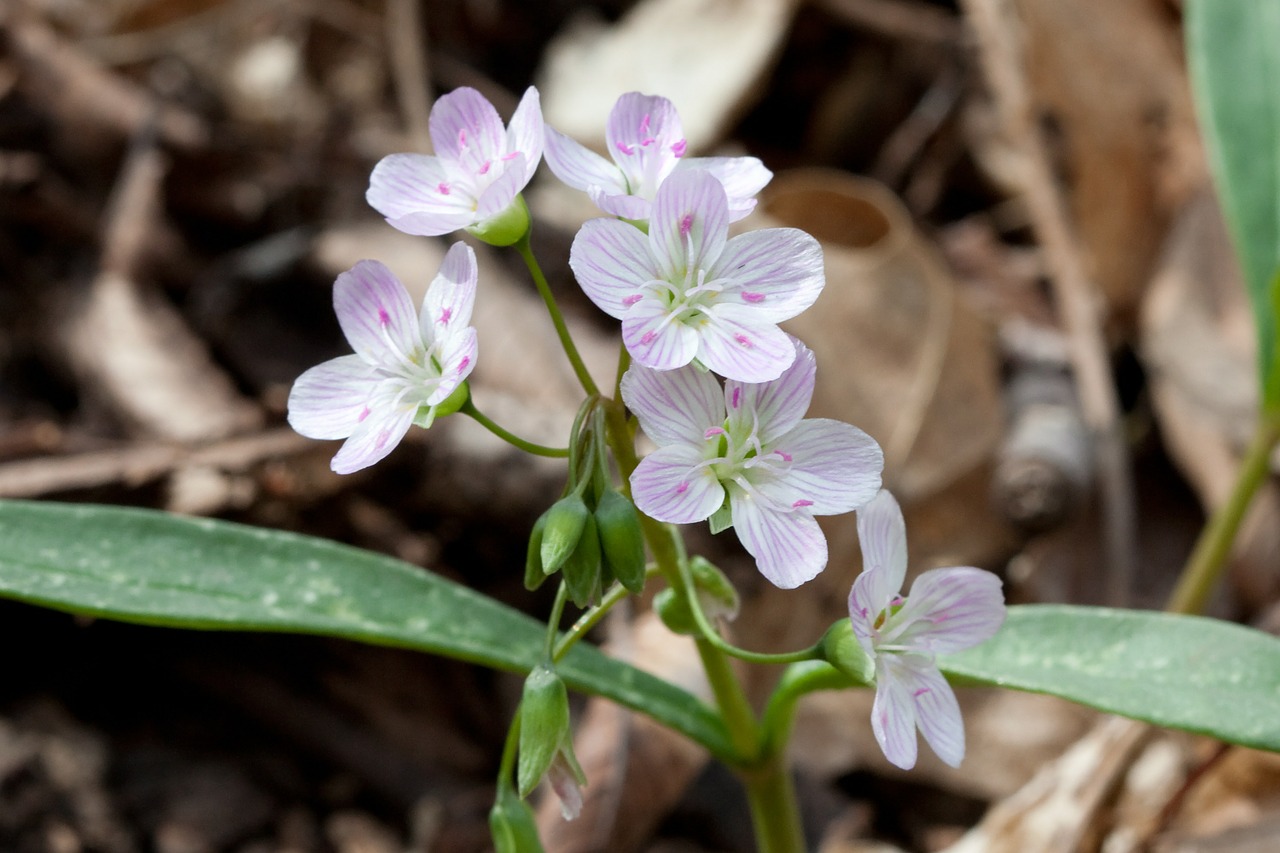 It’s hard to pass up on the spring beauty because, not only does it provide an early spring flower, but it also delivers an edible tuber. It’s a wildflower related to purslane. The petals are white and pink stripes. The roots are small and potato-like and can be cooked as such, which is why they are also referred to as “fairy spuds.”

Nothing says spring like flowers, so it’s a wonderful thing when they start to bloom. With the early blossoms, we know all that green and goodness are right around the corner, and in the meantime, we have some color to take us the rest of the way.