Think Vegan Food Is Boring? These 15 Meaty Dishes Are 100% Plant-Based! 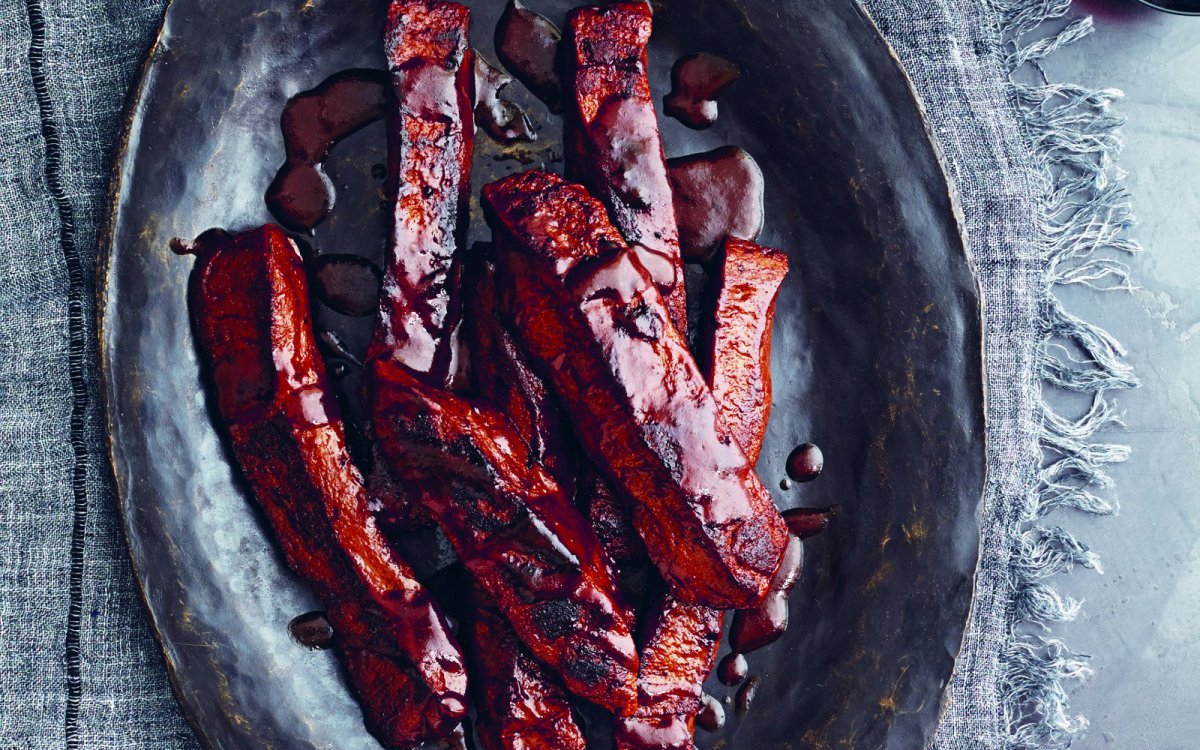 We all have those nay-sayers in our lives. While you’re on a plant-based quest to make better choices with your food, your health, and the planet, you have those that doubt you. People say that they can’t give up meat, simply because of taste alone, and nothing compares. Others complain of not feeling satisfied, or even worrying that they’re going to be eating salads for the rest of their lives!

The complete opposite is true. While dark leafy greens are important (and we should all have them in our diet) it’s fun to let loose and sink your teeth into some meaty, hearty meals. No animals harmed! Do your body and your tastebuds a favor, and check out these 15 dishes, all on our Food Monster App. No, they are not salads. Yes, you will need a napkin.

Travis Piper‘s ‘Chicken’ and Whole Wheat Biscuits is a special one. It’s super fast, easy to make, and so delicious for such a high percentage of whole wheat flour.

This is a quick, easy version of the classic Chinese dish, beef and broccoli. Kristen Genton‘s 10-Minute Seitan ‘Beef’ And Broccoli slightly spicy, sweet sauce coats the tender broccoli and the sautéed seitan and the whole thing is topped with fresh green onions and sesame seeds. You’ll never have to order delivery again.

Crispy, crunchy, spicy, and reminiscent of something you would order in a fast food joint. The patty in Melanie Sorrentino‘s Spicy Fried “Chicken” Sandwiches is made from vital wheat gluten that has been cooked in vegan chicken broth, then dredged and fried in a spicy batter until crisp and golden. Serve this crispy patty with your favorite greens and a creamy sauce that’s addictively spicy.

While reaching for a package of plant-based sausage is easy enough, making Hot for Food‘s Bangers and Mash recipe yourself is great! Yes, they require some effort, however, the result is highly rewarding. You’ll just need to let them sit overnight in the fridge so plan accordingly. You can make different sizes for hot dogs or breakfast sausages. Shape them longer and skinnier for hotdogs and grill or pan-fry them in BBQ sauce. For breakfast sausages, make small patties or smaller sausage links and panfry them in a light coating of maple syrup.

These Churrasco-Style Seitan Tacos With Roasted Brussels Sprouts by Travis Piper are beautiful and will be a guaranteed hit at the dinner table. Seitan give the taco a realistic “meaty” texture and adds filling protein to the dish. Add on some fresh mildly spicy jalapeños and little salsa, and we were done.

These Balsamic BBQ Seitan and Tempeh Ribs by Rhea Parsons are indulgent, delicious and will satisfy any BBQ cravings you may get. Serve them with some mashed potatoes and cole slaw or your favorite BBQ fixin’s. They make a great appetizer or entree.

The sweetness of root beer makes it a perfect ingredient for Steven Seighman‘s Root Beer BBQ Seitan Wings. Mixed with some spice and heat, these delicious ‘wings’ have the best flavor profile – spicy, smoky, and a bit sweet. YUM. You probably have most of these ingredients in your kitchen already. What’re you waiting for?

Joni Marie Newman‘s BBQ Seitan Ribs are bone-in and so much better than the real thing. These smokey seitan ribs are molded around ‘bones’ and then, slathered in BBQ sauce, slowly baked in the oven, and then finished off on a grill. They are a labor of love but well worth the time.

These BBQ Seitan Ribs With Homemade Barbecue Sauce from the Veganize It! cookbook are lip-smacking strips of deliciousness are messy and fun to eat. Tender, meaty homemade seitan is slathered in sticky homemade barbecue sauce, seared, and then baked until slightly crisp and caramelized around the edges. Serve these with a side of potato salad and coleslaw.

Jennifer Harmon‘s Slow-Cooker Sloppy Joes are the kind of recipe you need on hand for those nights that you want a delicious meal, but don’t have any time to spend in the kitchen. The mixture, which is composed primarily of tomato paste, garlic, Medjool dates, and onion, simply needs to be blended before left in the slow-cooker. So, go on! Go about your day and look forward to the scrumptious sloppy joes you’ll enjoy later!

Say hello to the ultimate Southern comfort breakfast; Lauren Hartmann‘s ‘Chicken’ and Waffles With Spicy Maple Syrup. Crispy vegan chickpea chicken on top off fluffy waffles topped with spicy maple syrup! The cutlets are made from a combination of chickpeas and vital wheat gluten, which gives it a satisfying, meaty texture. They’re paired with fluffy waffles and a spicy-sweet maple syrup that will have you licking your plate.

You can’t have a party without Buffalo wings and these ones are sure to be the star of the show. Melanie Sorrentino‘s Buffalo Seitan Wings are meaty, flavorful, and coated with a crispy batter that’s drenched in spicy Buffalo sauce. Pair with fresh celery and dairy-free blue cheese dip.

Just because it’s vegan it doesn’t mean it doesn’t taste amazing! Josephine Watmore‘s Stuffed Seitan Roast can be made in the morning and left to cool before things get too hectic. Then just slice off the portions you need for dinner and reheat for 10 minutes until hot all the way through just before serving. This way, it frees up space in the oven and makes preparing dinner more relaxed and less overwhelming!

These Pan-Seared Mushroom Burgers With Caramelized Onions and Arugula by Ashley Hankins are delicious, easy to make, and require less than an hour to prepare. Not only to mention, they hold up well to cooking, which is essential to a solid veggie burger. You can even make mini versions of these for your next party!

Looking for a single-serving vegan jerky you can take on the go? Try these Primal Strips Meatless Vegan Jerky in Teriyaki! This flavor is made from vital wheat gluten, also known as seitan, an ingredient known for its meat-like texture. A single 1-ounce package provides 11 grams of protein and is also free from both trans fats and cholesterol.

According to Amazon reviewer Tricky_Peanut, “was a little weirded out by the texture at first but its really delicious! After I finished the first one I had to pace myself so I didn’t polish off the box! I recommend these to all my friends, vegan or not.” If you’re interested, you can pick up a pack of 24 1-ounce jerky strips for about $26.

Check out our article about 26 Delicious Vegan Sources of Protein to further inspire you! Everyone, vegan or not, can enjoy a plant-based good meal.

You can find these recipes and many more on our Food Monster App. With over 15,000 recipes right in the palm of your hand, you’ll always have something delicious and new to try. It’s available for both Android and iPhone, and can also be found on Instagram and Facebook. Full of allergy-friendly recipes, subscribers gain access to new recipes every day. Check it out!
Lead Image Source: BBQ Seitan Ribs With Homemade Barbecue Sauce