Here’s How to Make Canada’s Most Iconic Foods Vegan 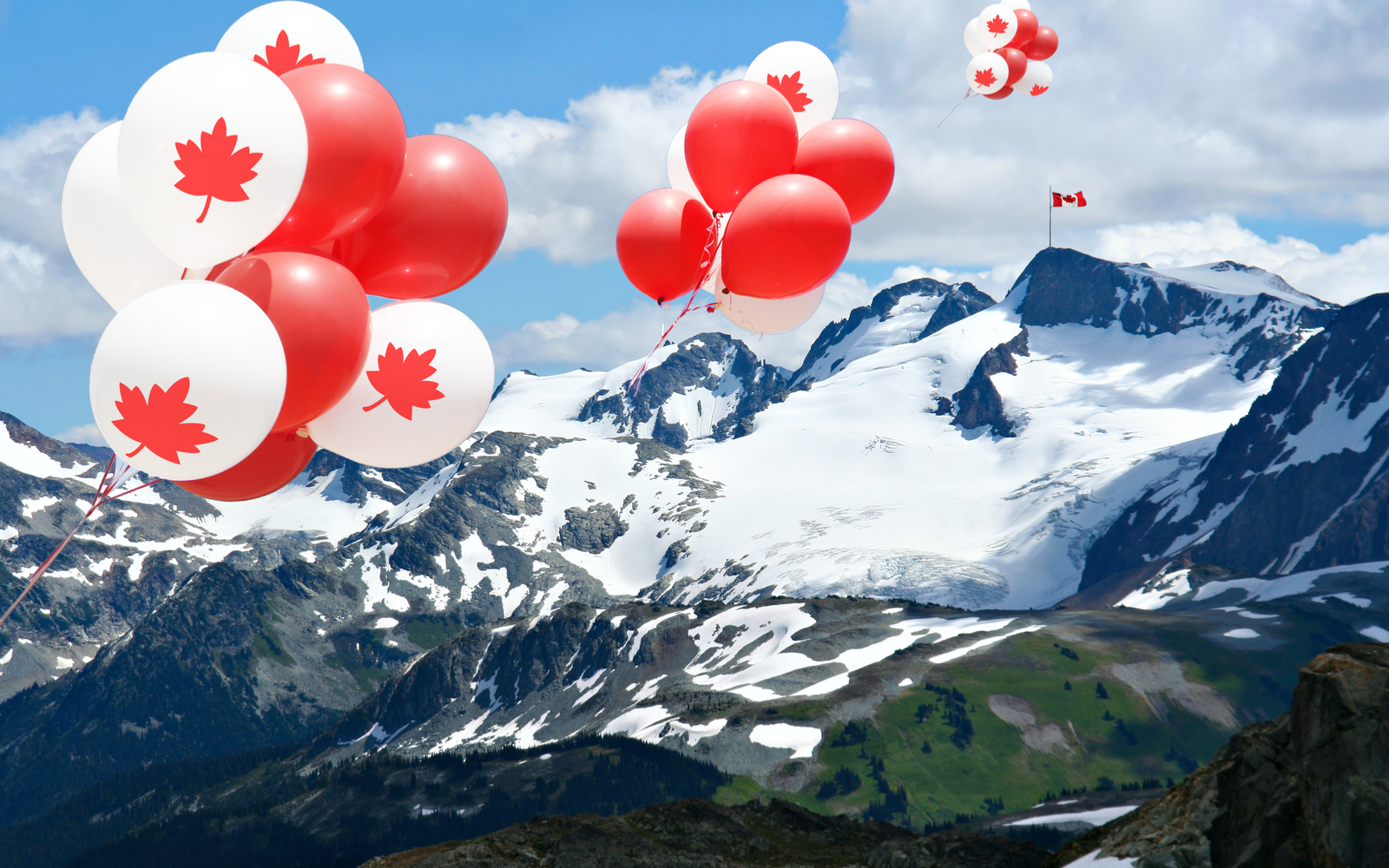 Known for its great lakes, its maple syrup, and its North American Swedish Fish production facility — okay, maybe that latter example is a stretch — Canada, is responsible for more than just an abundance of famous hockey players. Our neighbor up North has some seriously drool-worthy cuisine.

At first glance, some of their most iconic eats don’t appear to be plant-based — but worry not, hungry readers, because we here at One Green Planet took to our Food Monster App, and figured out how to make some of Canada’s most classic dishes totally vegan for you to enjoy. Learn about some of Canada’s famous food, and how to make it plant-based below!

If you have never heard of poutine, it’s time to start. Poutine is a traditional Canadian dish and the ultimate comfort food — french fries smothered in gravy and topped with cheese curds. It’s no surprise that poutine is all the rage — who doesn’t love French fries? And who doesn’t love French fries smothered in cheese? In this vegan take on the classic, pictured above, the fries are topped with some gooey, melted vegan mozzarella cheese. Then, the whole thing is smothered in a delicious brown “beefy” gravy.

Want more? Try this Poutine Bowl, or if you want something new, this fusion-inspired Kimchi Poutine. While the marrying of a Canadian favorite and a Korean digestion-enhancing, healthful flavor bomb might seem a bit strange, it’s actually incredible. Imagine biting into a hot, soft sweet potato fry that has been seasoned perfectly with fragrant, garlicky, gingery and impeccably spiced kimchi — then you get a hint of a tangy and ever so cheesy hemp sauce. Oh yeah. You know you’re down. Although this Raw Poutine is also just as nice.

Hilariously, Kraft dinner is considered somewhat of a Canadian national dish, but we all know that traditional mac and cheese uses liberal amounts of dairy and butter. Luckily, there are plenty of alternatives on the market. If you want to indulge in a comforting bowl of warm and cozy plant-based mac and can’t be bothered to cook, check out these 4 New Vegan Ready-Made Mac and Cheeses.

It’s time to celebrate the Classic Canadian Butter Tarts! Butter tarts are a classic Canadian dessert, but you definitely don’t need to be from Canada to include them in your baking repertoire! These tarts are a buttery and sweet (and almost salty) melt-in-your-mouth pastry that may or may not also contain raisins. So if you don’t like raisins, no worries — you can leave them out and this treat will still be unbelievably delicious.

Another recipe for Canadian Butter Tarts made with spelt flour and grapeseed oil may not be identical in taste to the traditional Canadian dessert, but they are just as delicious! The filling starts off by making a simple roux to provide body to the classic caramel-meets-custard butter tart filling. Then a bunch of other yummy ingredients are added: coconut milk for creaminess, coconut sugar for sweetness, maple syrup for a Canadian touch, and vanilla to really send it over the top. Pair these with a cup of hot tea.

It’s bagel time! Old-Fashioned Montreal-Style Bagels are not unlike the traditional New York variety. These bagels are boiled before they are baked. The boiling step is what makes these bagels truly authentic: locking in the moisture, adding the beloved chewiness, and enhancing the flavor by allowing the yeast to develop more complexity over the full length of cooking (as compared to the faster turnaround of just baking). Without that crucial boiling step, these bagels would simply be bread.

Luckily for our waistlines, these bagels are smaller than their gargantuan Montreal grocery store counterparts. With a delightfully chewy interior and a characteristic hint of sweetness, they’re a little irresistible. They can be dressed up or down with great success.

Not only is the maple leaf the symbol of Canada, but maple is actually the Great White North’s most famous export as well. We love maple because it can be used in both savory and sweet recipes. Just get a load of These 5 Savory Maple Dishes that are amazing during the autumn. One of our favorite savory maple recipes is for Canadian Maple Baked Beans. While these beans are fabulous on their own, serving them with crunchy toasted bread for dipping is also a solid option!

Nanaimo Bars, pictured above and named for the British Columbia town where they first appeared, have become a ubiquitous Canadian sweet snack.  They are so popular that there isn’t a single grocery store here that doesn’t carry a mass-produced version of them. Homemade is always better, of course, and with this super easy no-bake recipe, you’ll be whipping these up in no time – and making a lot of new friends in the process. All these require for sweet perfection is a little chilling time and, before you know it, you’ll be enjoying a diabolically sweet treat.

If you want a gluten-free version, try out these Nanaimo Bars instead. It’s got a solid crust, a creamy center, and a nice chocolate coating. You can’t go wrong with that.

We gotta hand it to Canada; their food is delicious. And check out how Canada May Tell Its Residents to Ditch Dairy and Meat, considering the Canadian government has released a new draft of their healthy eating recommendations and the guide favors a “high proportion of plant-based foods”!

If you’re looking for more recipe, we also highly recommend downloading our Food Monster App, which is available for both Android and iPhone, and can also be found on Instagram and Facebook. The app has more than 10,000 plant-based, allergy-friendly recipes, and subscribers gain access to ten new recipes per day. Check it out!