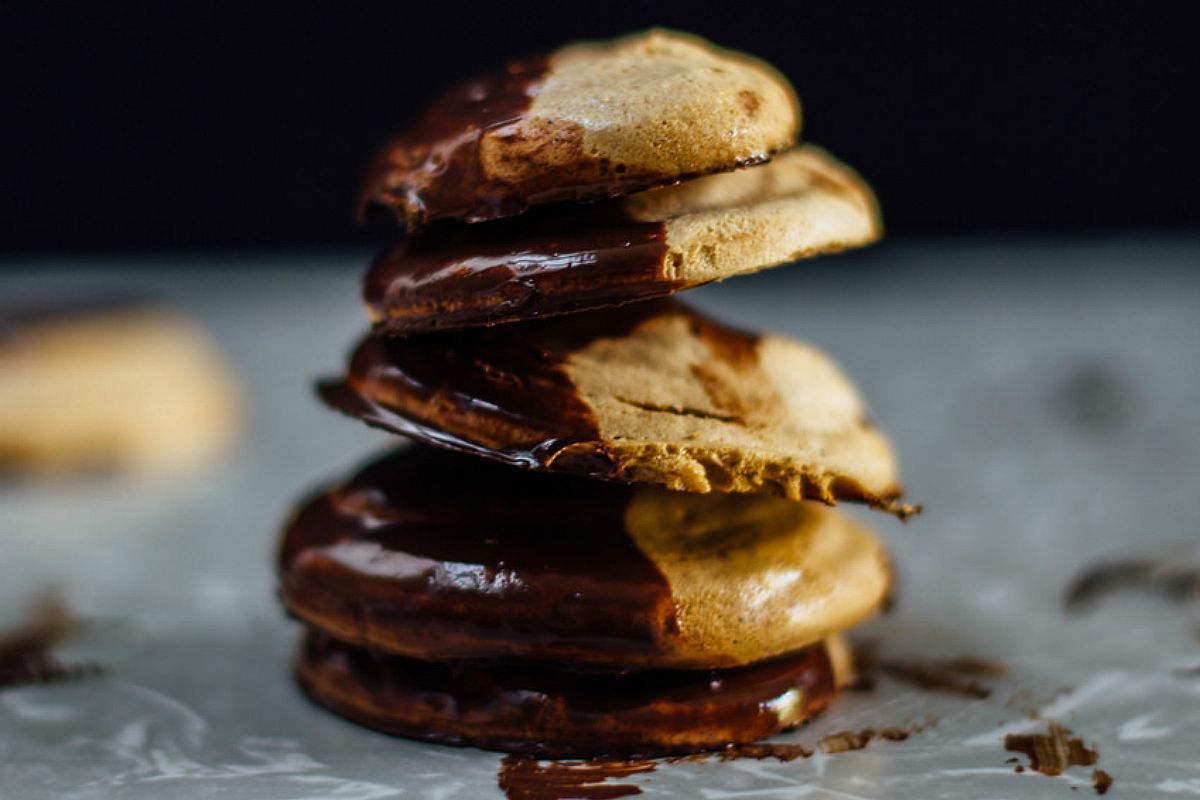 Ever since I made meringues with chickpea brine I’ve been wanting to experiment with different sugars. I’m not anti-sugar in the slightest but I felt like the taste of the meringues could be improved by the flavor of the sweetener. I’m a huge fan of maple syrup so I wanted to see if it would work in place of the icing sugar! It does!

For the maple meringues: For the chocolate dipping: