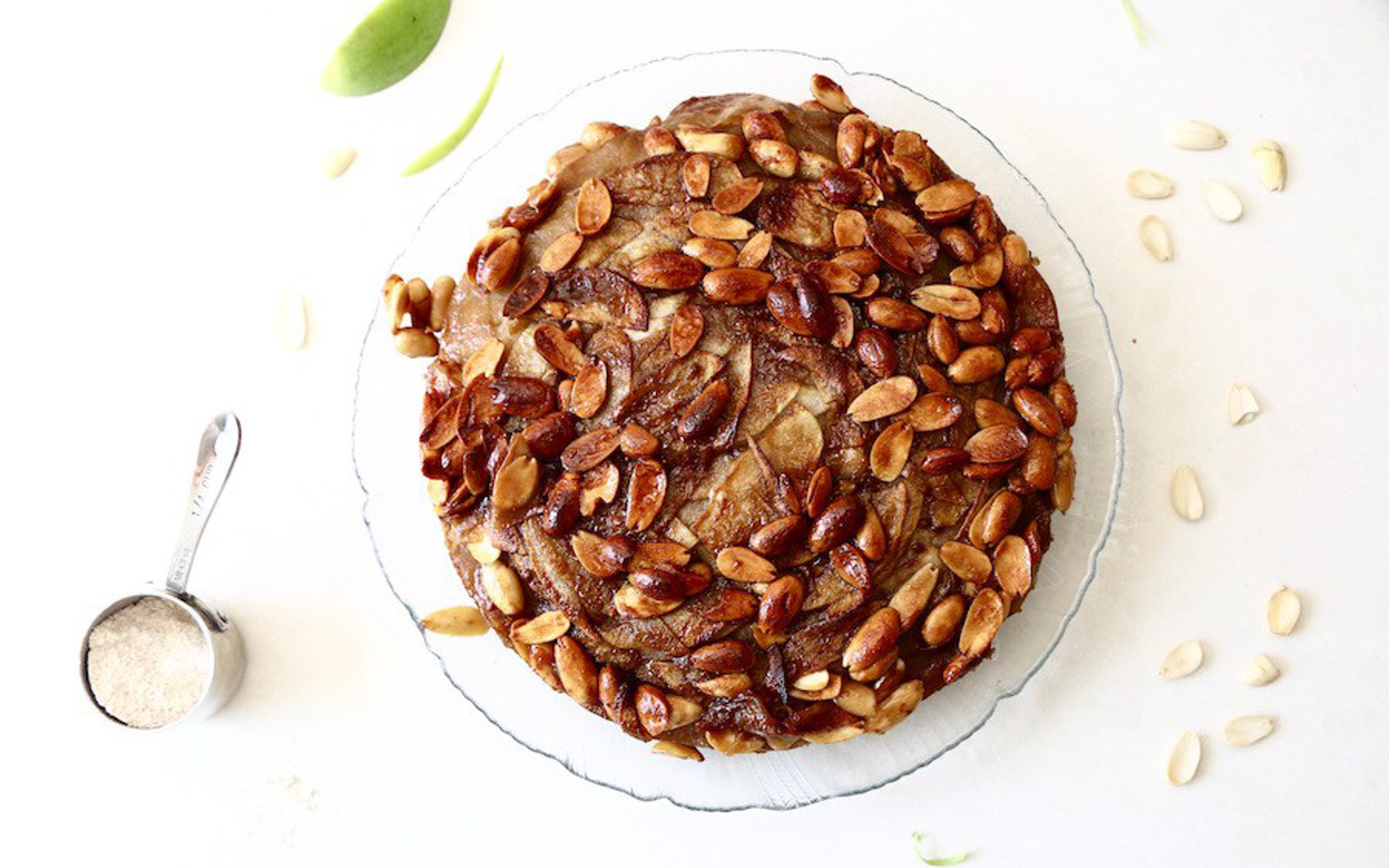 Traditional German cuisine isn’t the most vegan-friendly. However, that’s what makes veganizing all the more fun and creative. The same holds true for desserts! These Vegan German Dessert recipes will definitely convince you of that! From dense, chocolatey cakes to lighter, fruity ones, German desserts are absolutely delicious. If you’re tired of making the same old banana bread or chocolate chip cookies, try making some of these vegan German dessert recipes! You’ll be grateful (so will everyone else you share them with!)

We also highly recommend downloading the Food Monster App  — with over 15,000 delicious recipes it is the largest plant-based recipe resource to help you get healthy! And, don’t forget to check out our Dessert Archives!

While apfelkuchen is literally translated apple cake, you will find the term used to refer to a number of German desserts, some resembling more of a pie or crumble while others more closely fit a cake. Either way, they are all delicious and perfect for fall! This German Apple Cake With Candied Almond Topping by Lindsey Auerbach is unusual in that it has a staggered baking process. The first step ensures that the apples have enough time to dry out before they get covered with the almond topping. It also prevents the almonds from browning too much before the cake underneath is cooked. 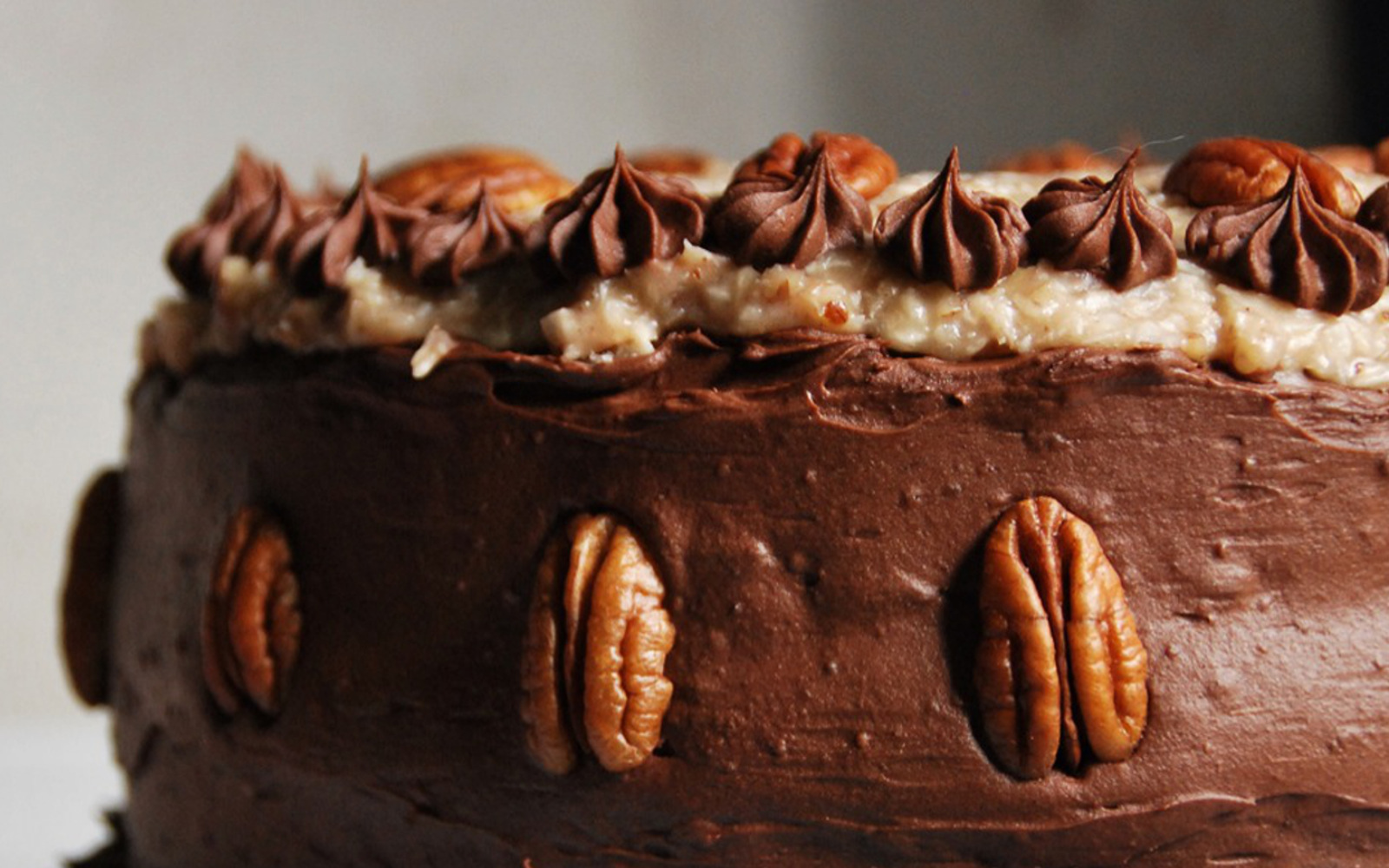 Hello, chocolate! A rich chocolate cake is covered in a rich chocolatey frosting and then topped with a nutty coconut layer. This gorgeous German Chocolate Cake by Bridge Rose is the ultimate birthday cake and is sure to be a hit with everyone! 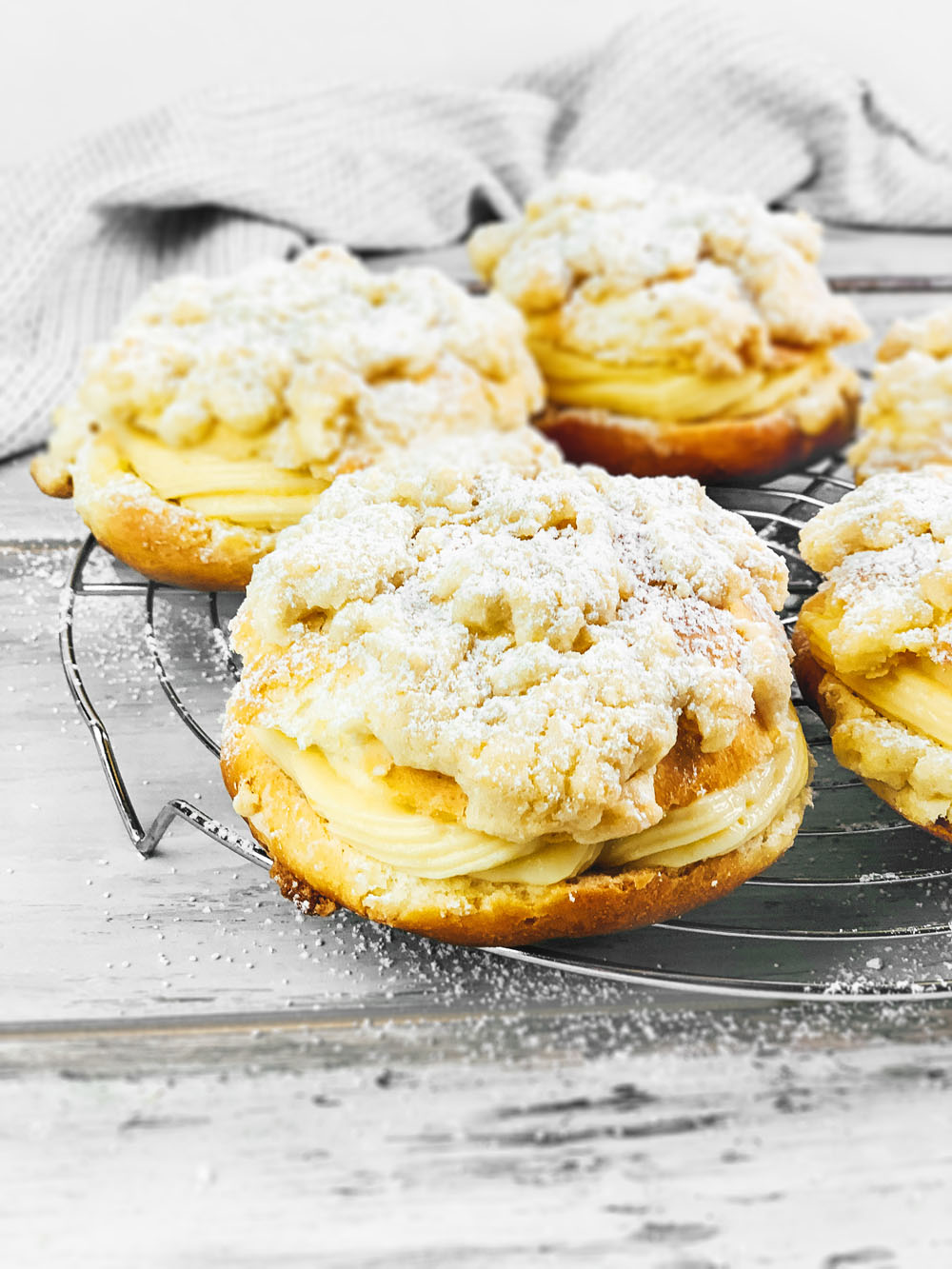 These are sweet yeast buns, filled with vanilla pudding, topped with crumbles and powdered sugar! German Streuseltaler with Vanilla Pudding Filling by Ivy make an excellently decadent dessert to enjoy on your own or with friends. 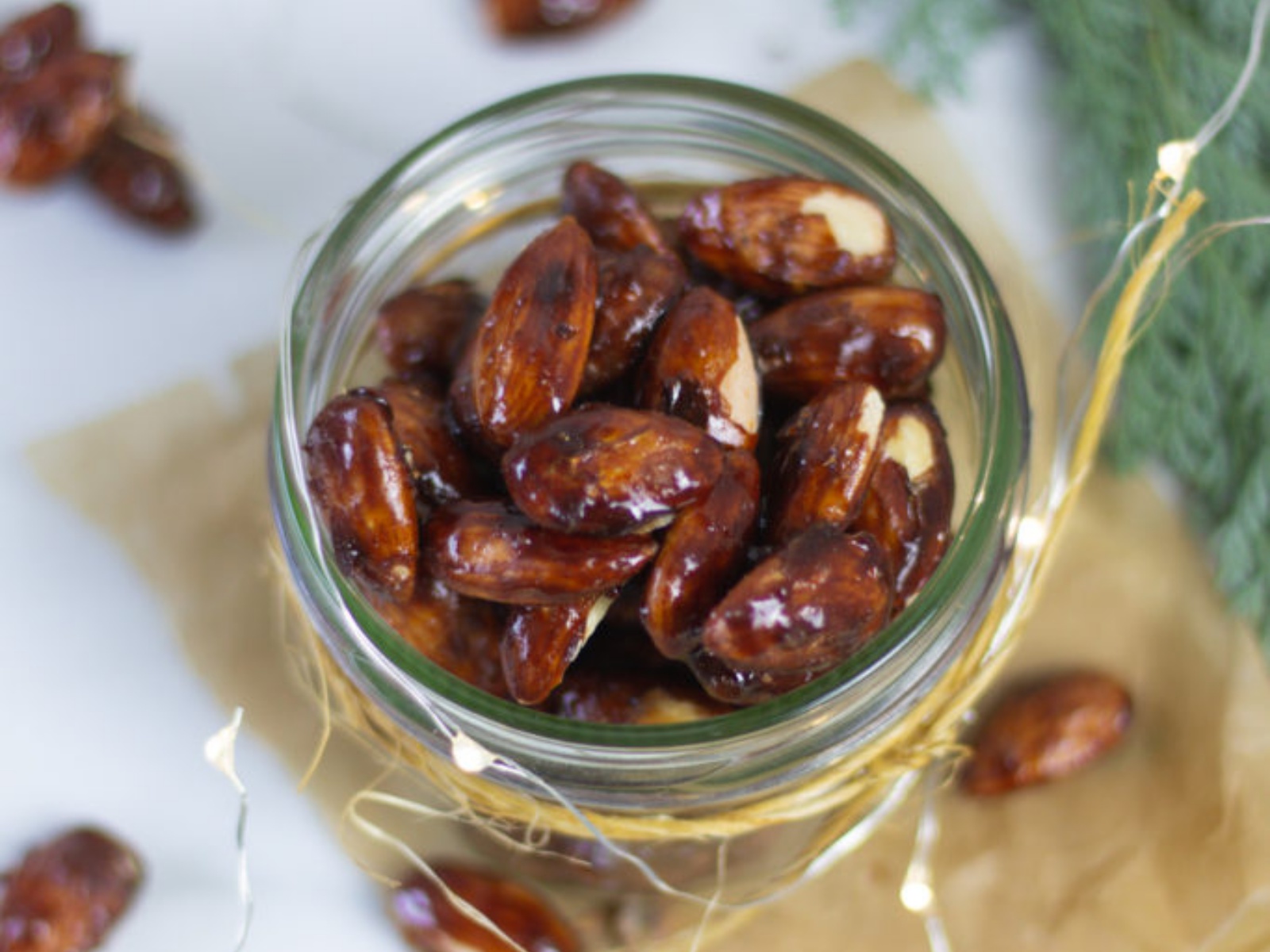 These German Almonds by Aryane Héroux-Blais are easy to make and wonderfully tasty! They’re sweet, nutty, and a great idea for a party snack or on-the-go dessert – sure to impress your friends and family! 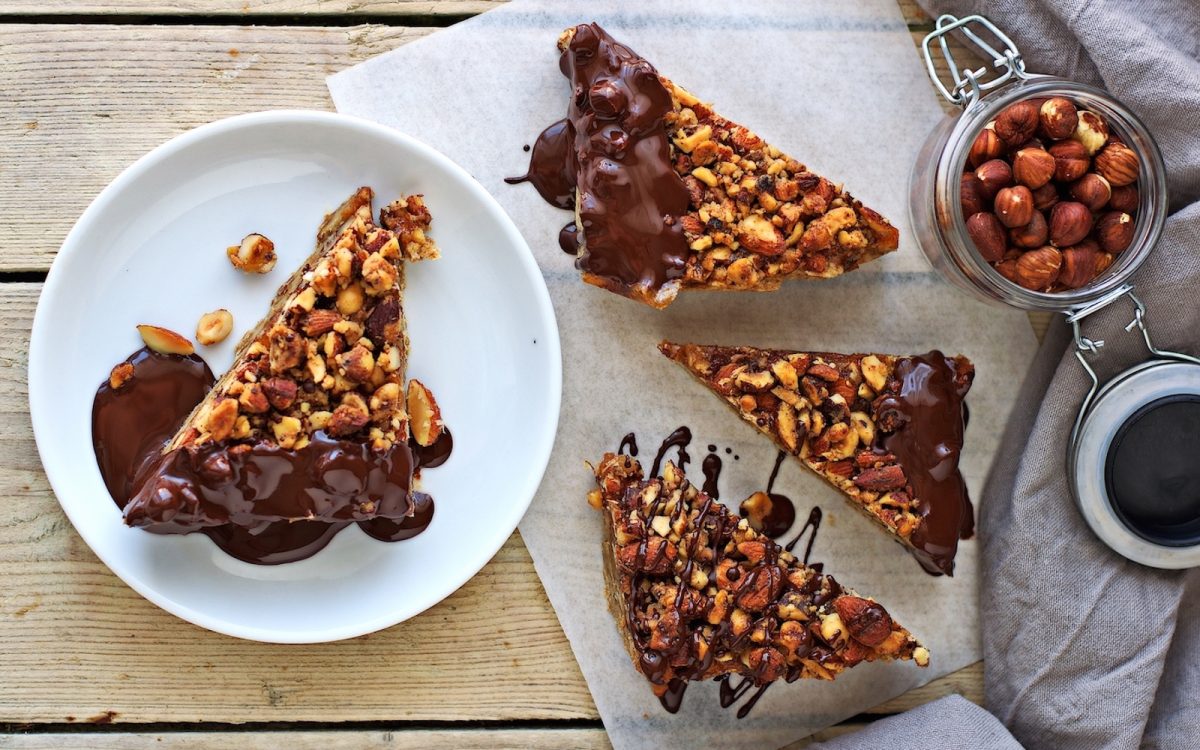 This cake, which isn’t quite a cake, was inspired by a dessert called a nussecken in Germany. They consist of a buttery shortbread crust with a topping of crunchy, caramelized nuts with a thin layer of apricot jam and a coat of chocolate. This gluten-free and vegan version has a buckwheat crust and the topping is made by caramelizing hazelnuts and almonds in a pan with coconut oil and maple syrup. This Nussecken: German Hazelnut and Almond Triangles by Florian Nouh has a melt-in-your-mouth crust like the original and a deliciously crunchy topping. It’s easy to make and serve (just cut into triangles!), so it’s the perfect potluck dessert. 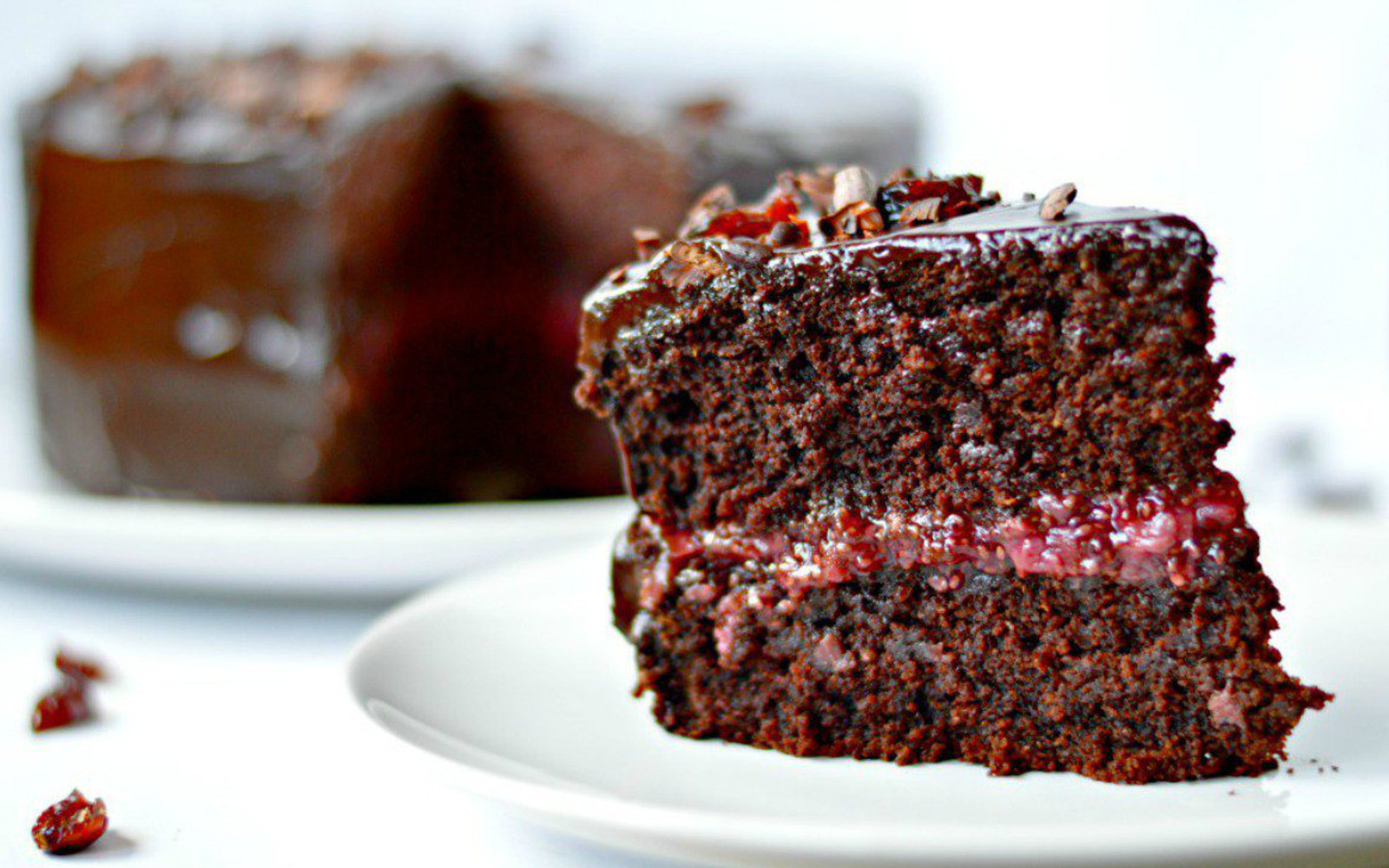 This vegan Black Forest Cake by Lucie Javorska is completely made of whole grains and can be made sugar-free. It’s much more nutritious than the original version, filled with refined sugar, butter, and white flour. With a decadent combination of moist chocolate cake, sour cherry filling and luscious chocolate frosting, this healthy vegan black forest cake is to die for. Plus, just one slice contains almost half of the daily recommended intake for fiber and around 25 percent of your iron, magnesium, and phosphorus needs per day! The cake is also a source of high quality carbohydrates and healthy fats from avocado and chia seeds, as well as a surprisingly high amount of protein. You can even eat a slice for breakfast and feel good about it. And the best part? It doesn’t taste healthy at all! This vegan black forest cake is the dessert you’ve been waiting for. 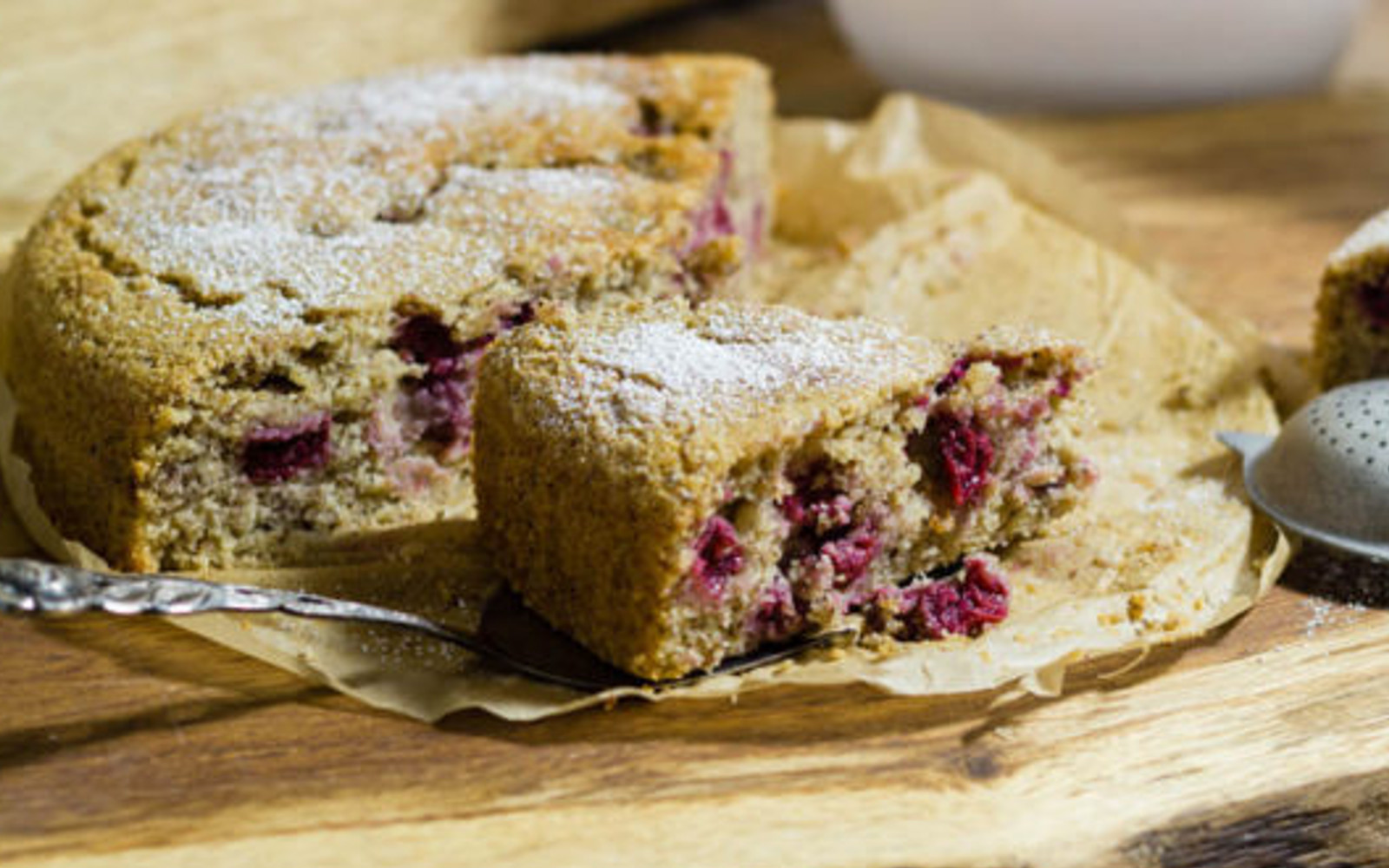 Nusskuchen, or nut cake, is a type of cake from Germany where most of the batter consists of ground nuts. In this version, it’s a blend of hazelnuts, almonds, semolina, and regular all-purpose flour. Morello cherries are mixed into the batter, giving each bite of this cake a burst of fruitiness that complements the nutty flavors. This Nusskuchen: German Hazelnut and Almond Cake With Cherries by Peffe Stahl is an excellent dessert for any holiday occasion. 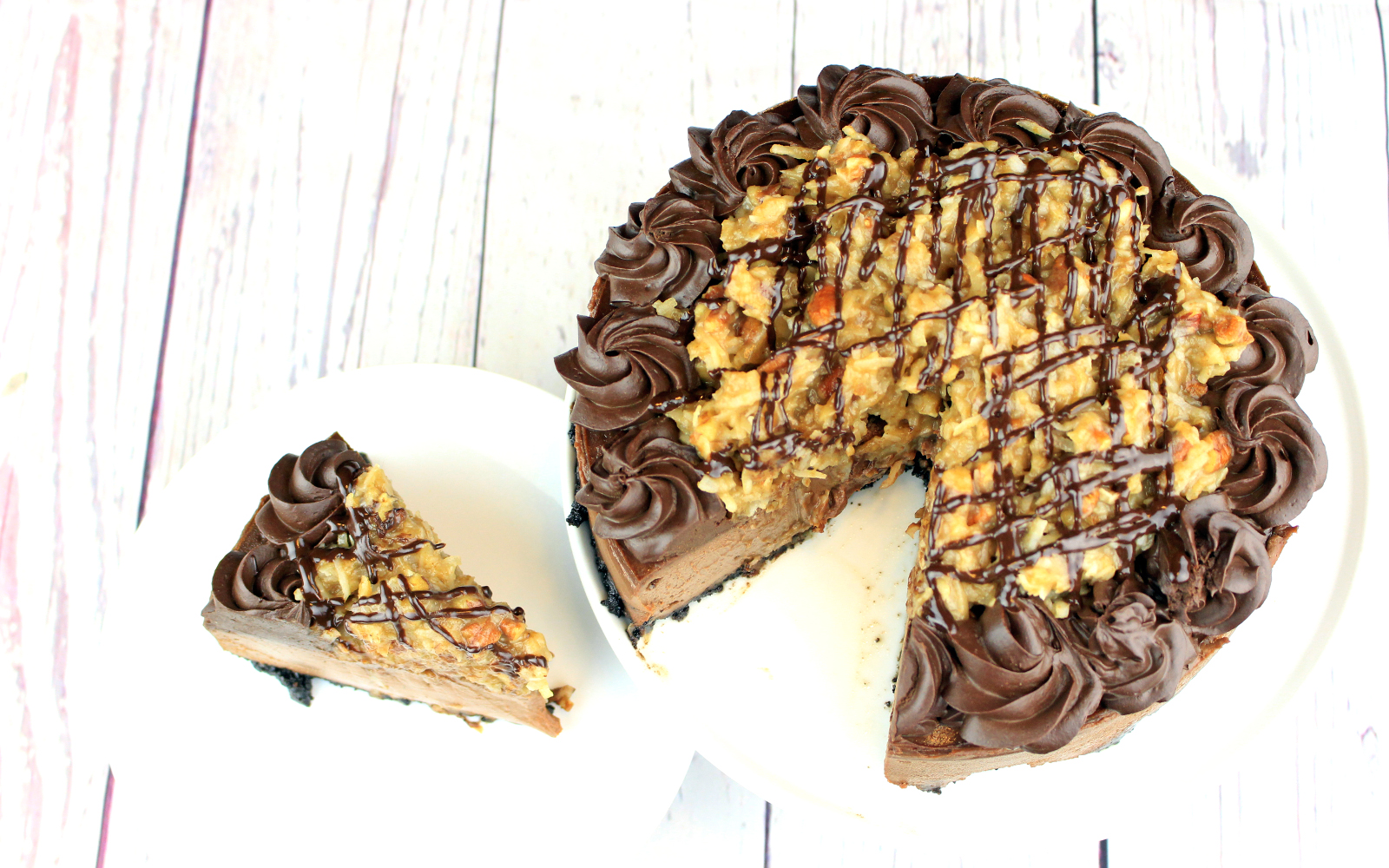 Many people are confused as to just what German chocolate is, and are surprised to find out it is merely coconut, caramel, and pecan topping (or filling for a cake). This is a super chocolate-y and creamy cheesecake piled with coconut pecan German chocolate topping. You will love this German Chocolate Cheesecake by Gretchen Price! 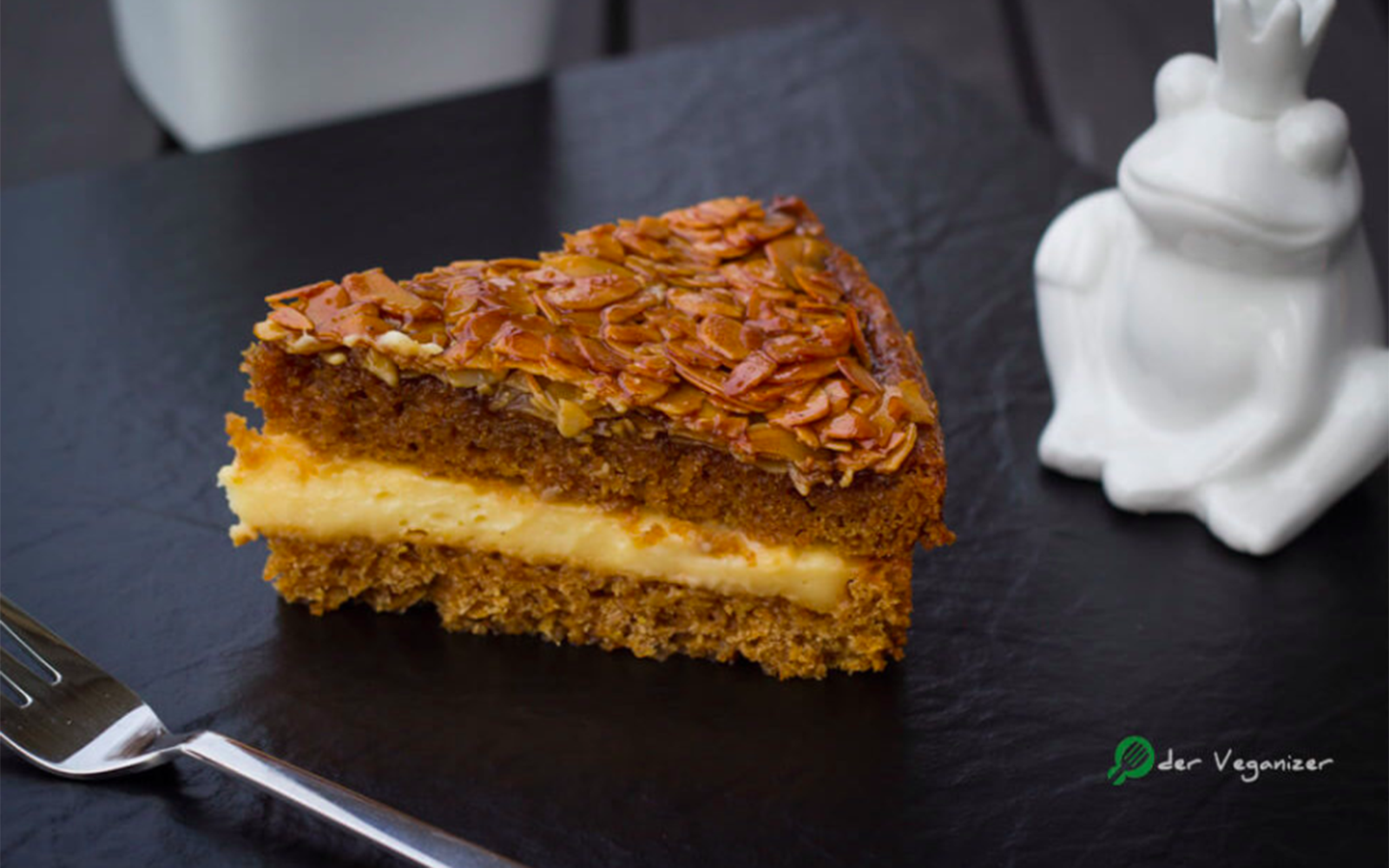 Here are a great vegan and gluten-free bee sting that was very similar to the 90s original. It’s healthier than my former favorite. Without table sugar, eggs, milk and then also gluten-free. This Bee Sting: German “Honey” Almond Cake by Peffe Stahl almost too good to be true! 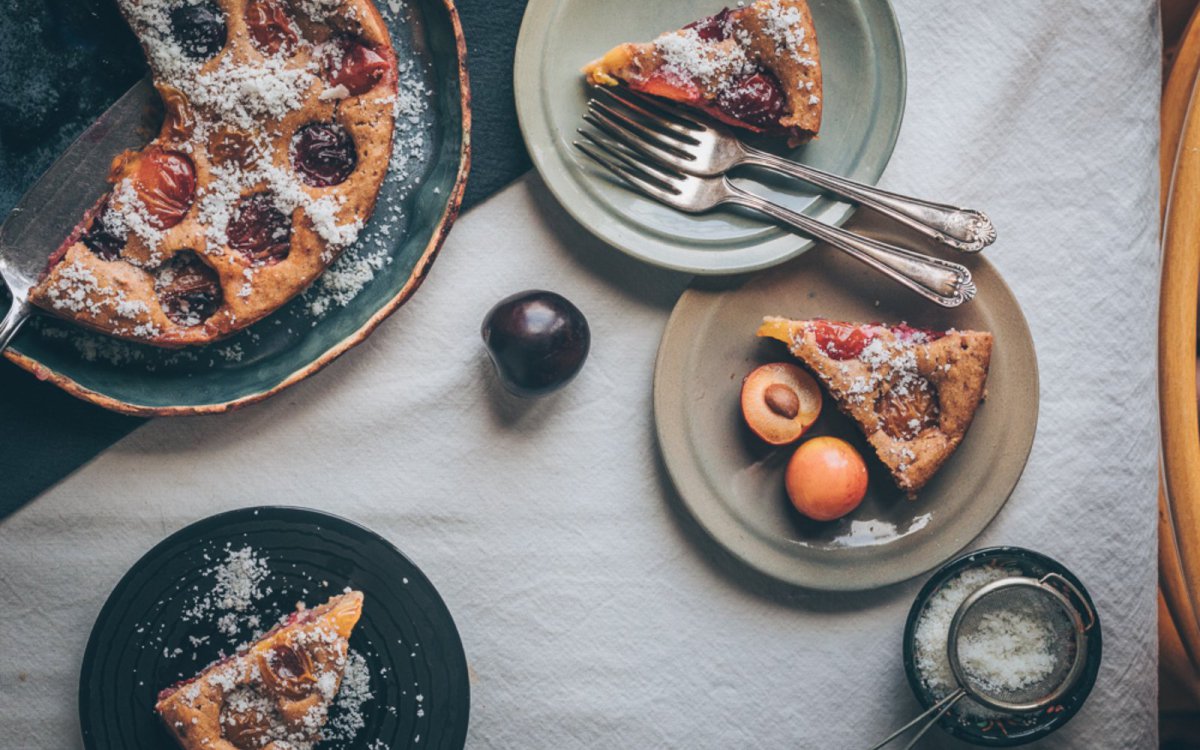 Get festive with this beautifully presented German Plum Cake by Katharina Boden! Sweet and moist, you can either serve it with finely shredded dried coconuts or powdered sugar. 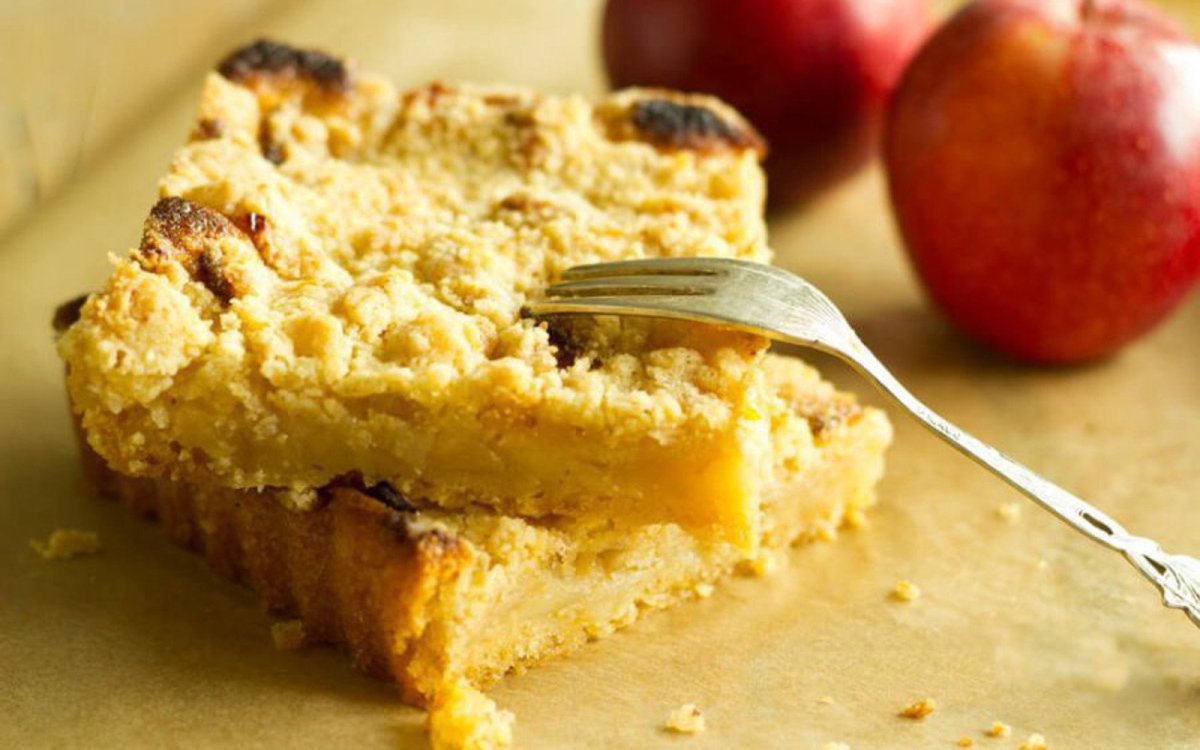 There’s no better way to celebrate the beginnings of fall than with an apple and cinnamon dessert! Apfelkuchen is a German apple cake similar in flavor to an apple pie. The layers of sliced apple are topped with an indulgent, crispy and crumbly coating. You have to try this Apfelkuchen: German Apple Cake by Peffe Stahl! 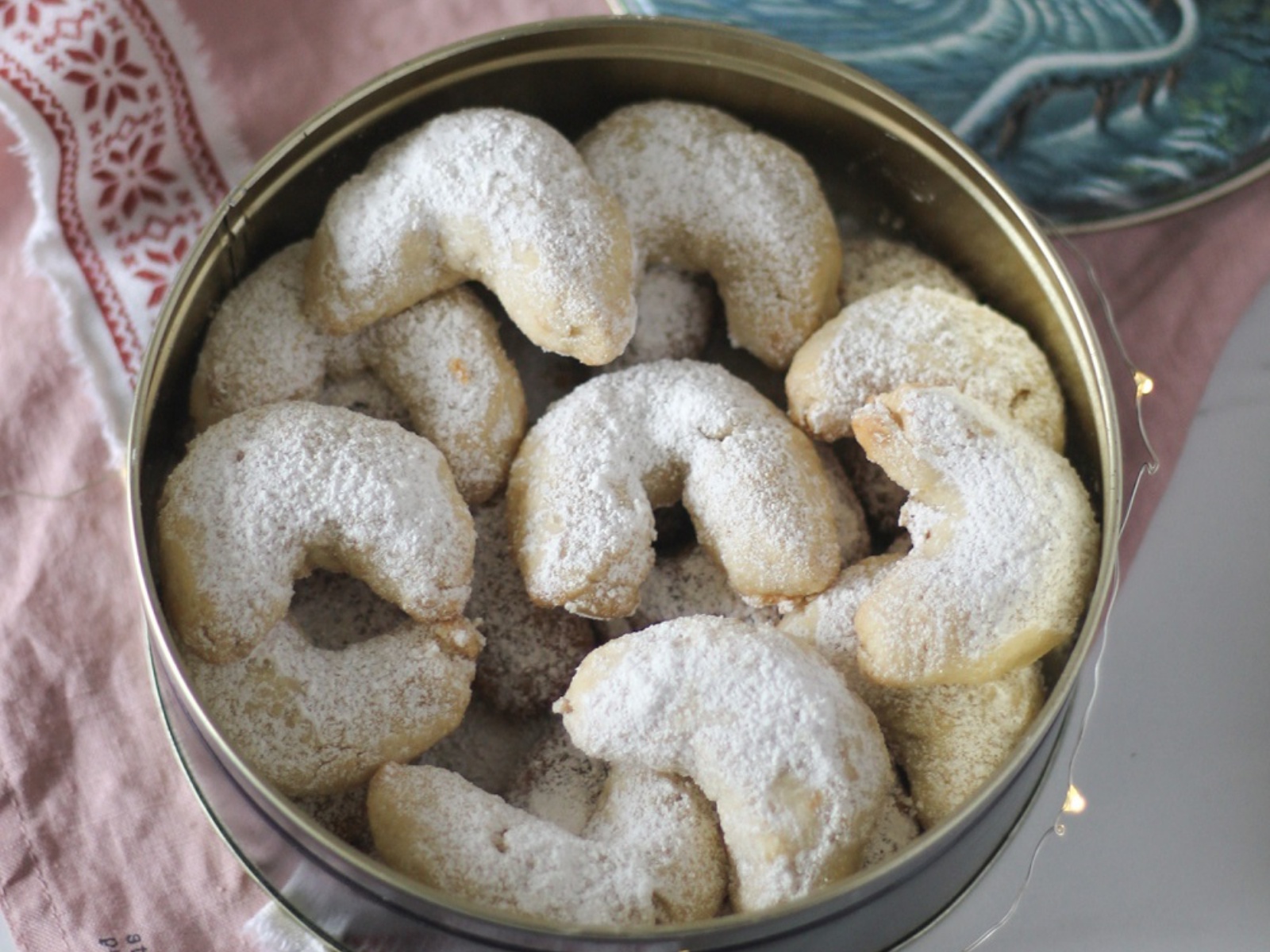 These classic German Cookies are a breeze to make and a treat to eat! You’ll never want another cookie recipe again after tasting these awesome German Vanilla Almond Crescent Cookies by Aryane Héroux-Blais. 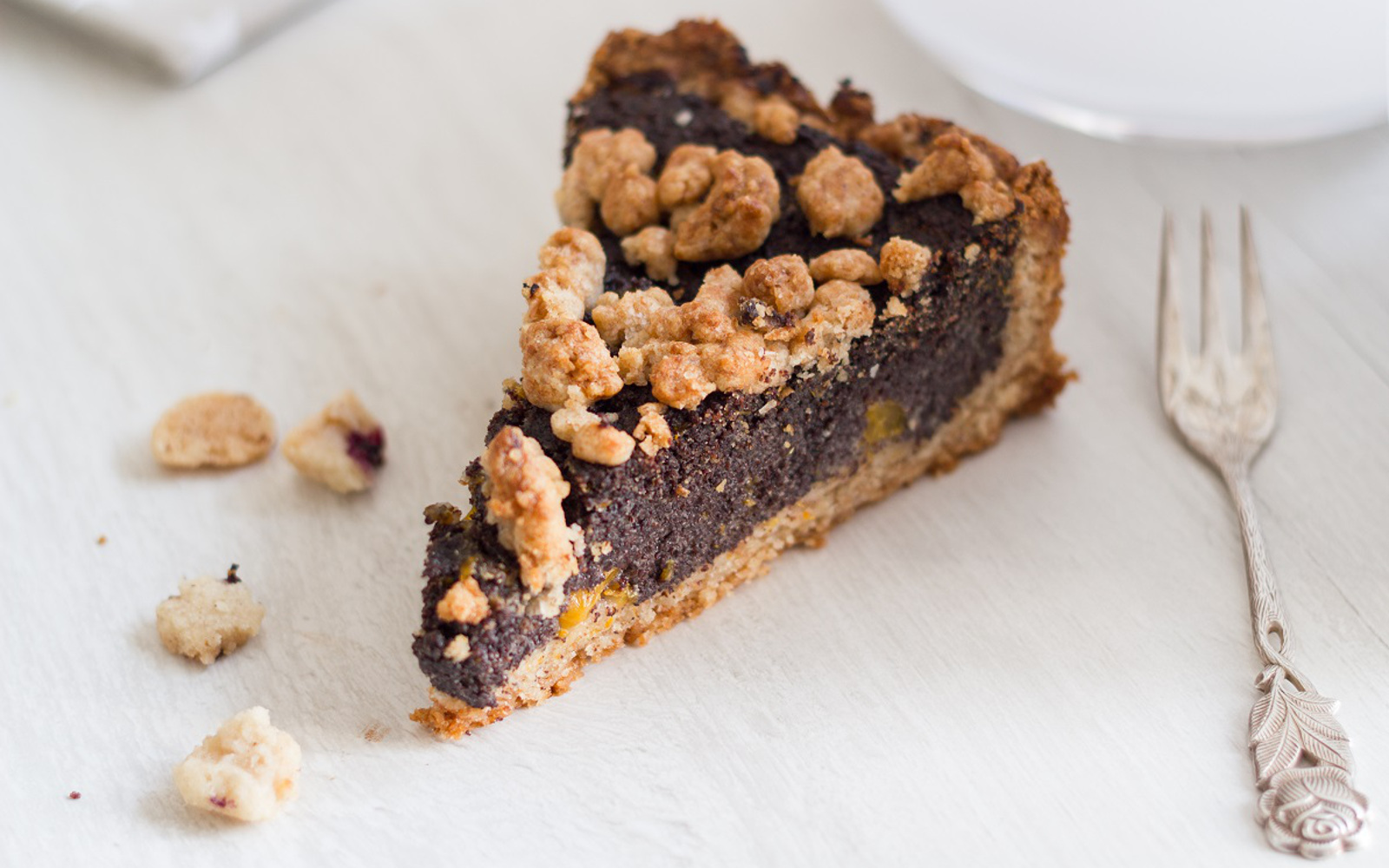 This German Poppy Seed Cake by Peffe Stahl is perfect for coffee or an after dinner sweet. The cake itself is dense and moist and there is a layer of sweet poppy seed compote spread in the middle of it which give it a little extra sweetness. Plus, this cake is easy to make so you can whip it up in a pinch. 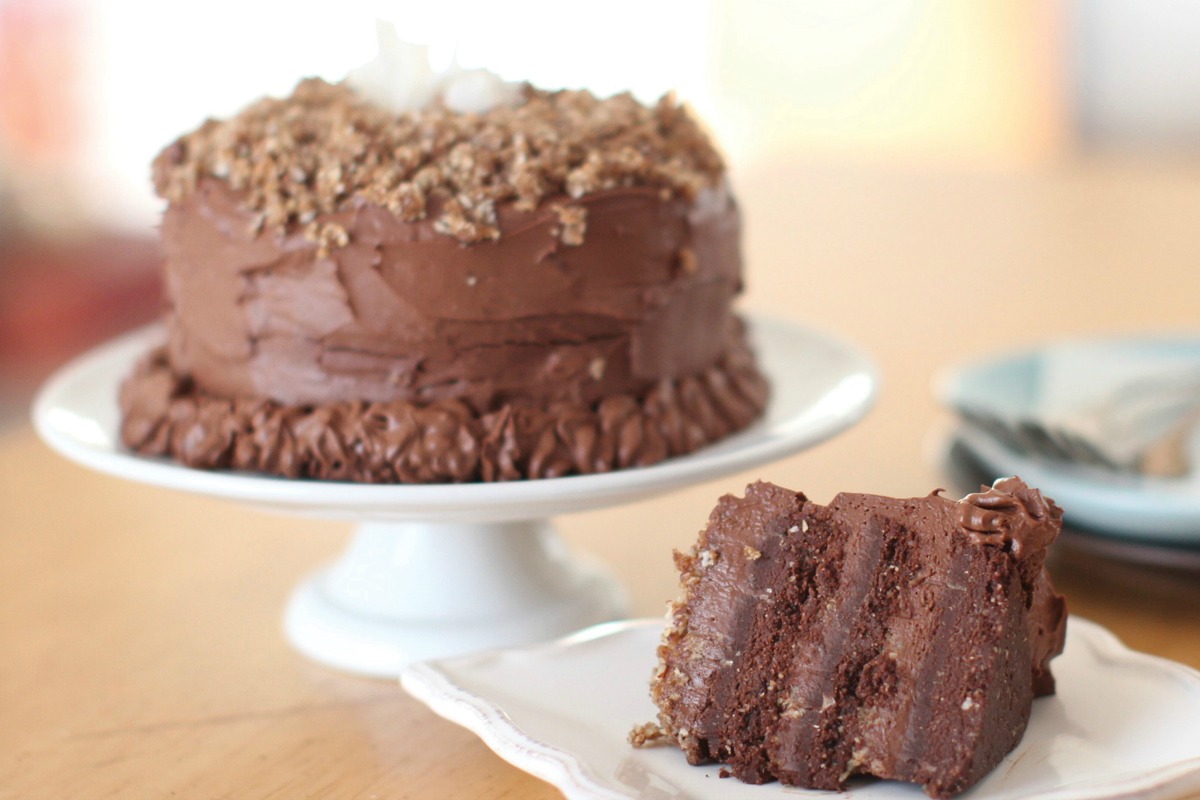 This decadent Raw Triple-Layer German Chocolate Cake by Christina Ross is perfect for a crowd! It’s not only super chocolatey and rich, but it’s also raw, grain-free, AND soy-free so everyone in the family can get a slice! It will look absolutely beautiful on any dessert table and stand out among non-vegan counterparts. This raw german chocolate cake is absolutely amazing! 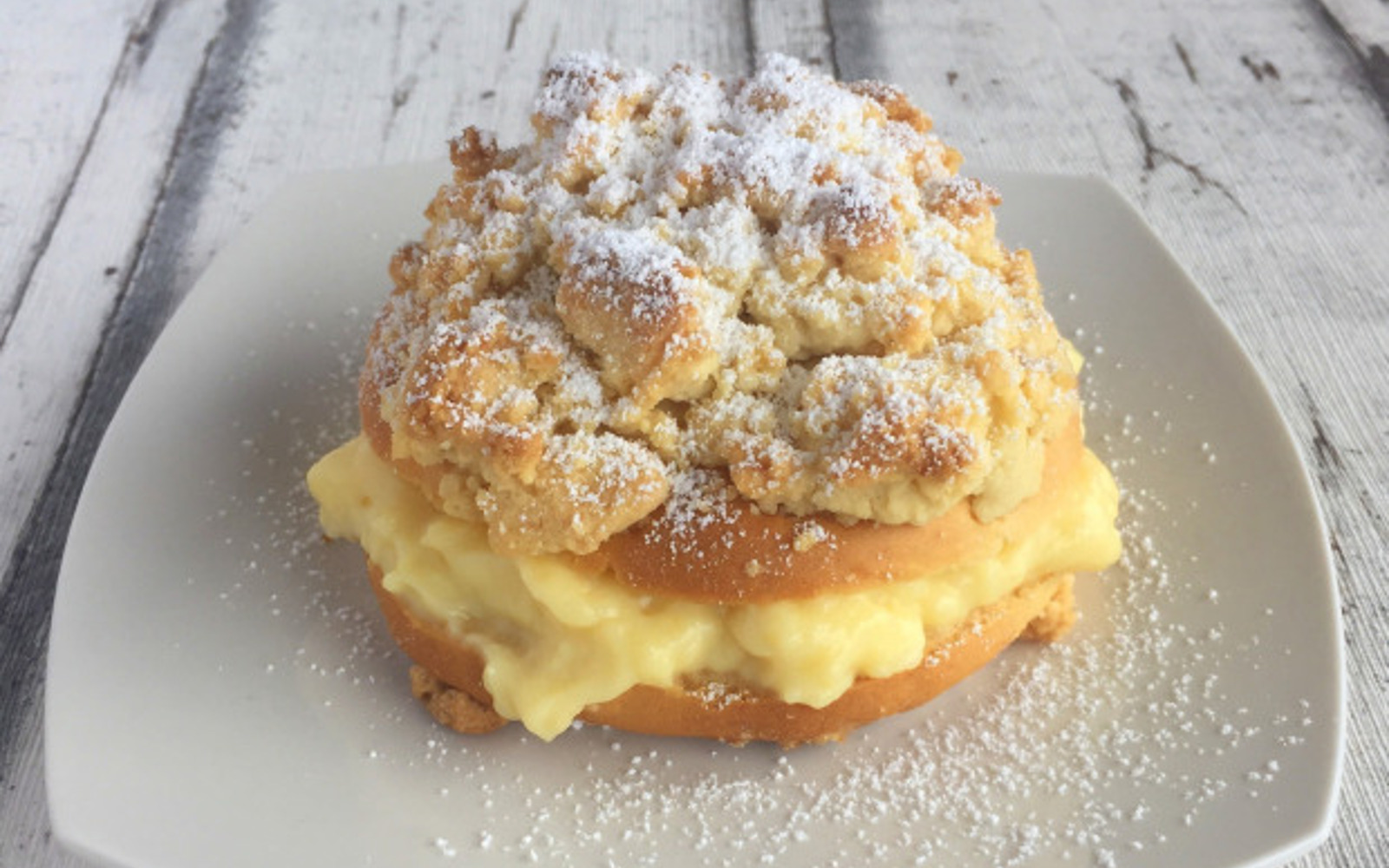 Popular all across Germany, streuseltaler can be found in just about any German bakery. It is typically comprised of a yeasted cake topped with streusel and then covered with vanilla glaze. Another popular way to serve this dessert is to cut the cakes in half and fill them with a creamy vanilla custard. Unlike the original, this Streuseltaler: German Custard-Filled Streusel Bun by Petra Vogel is egg-free and dairy-free! Serve it for breakfast or dessert with a cup of coffee. 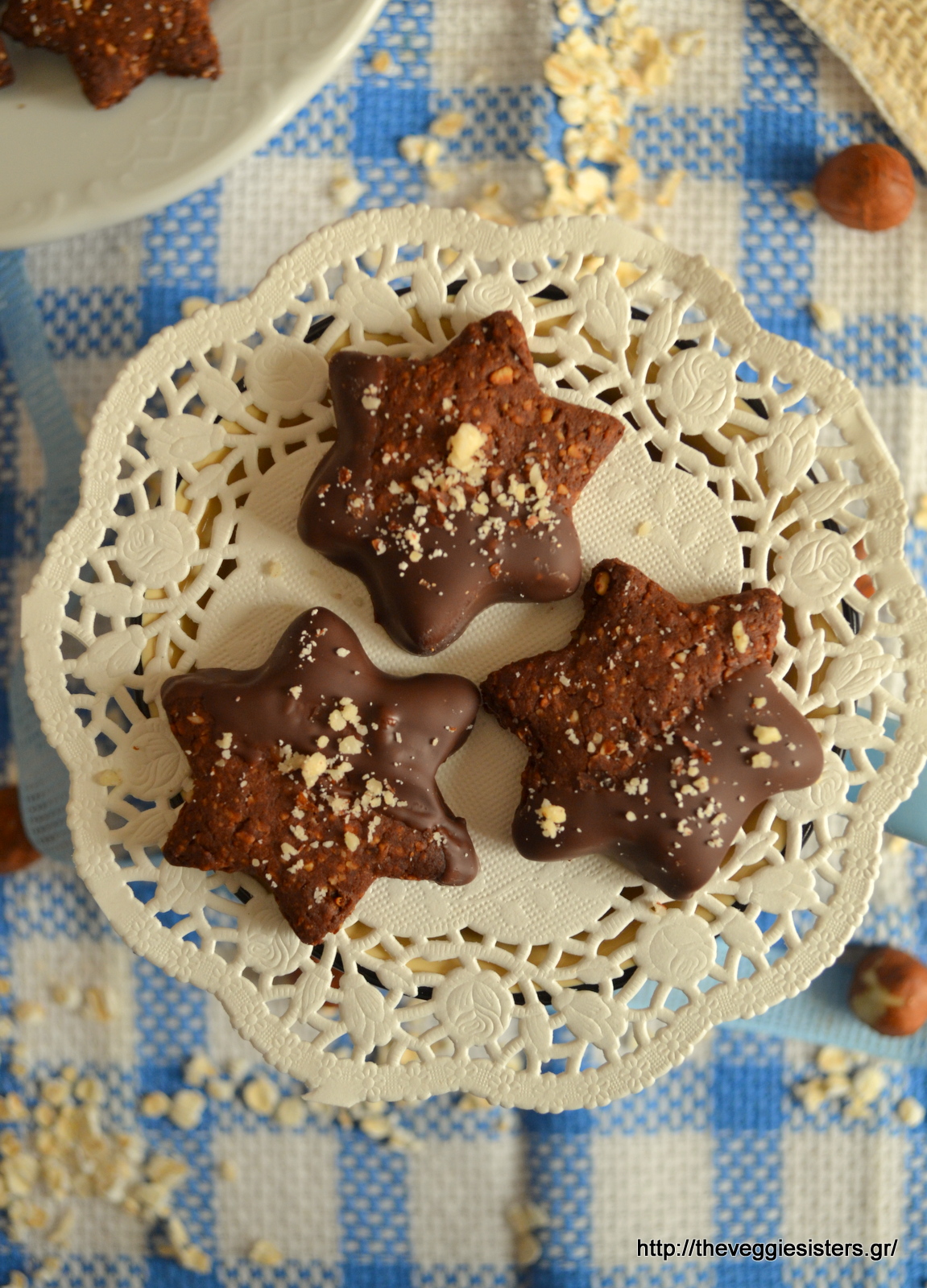