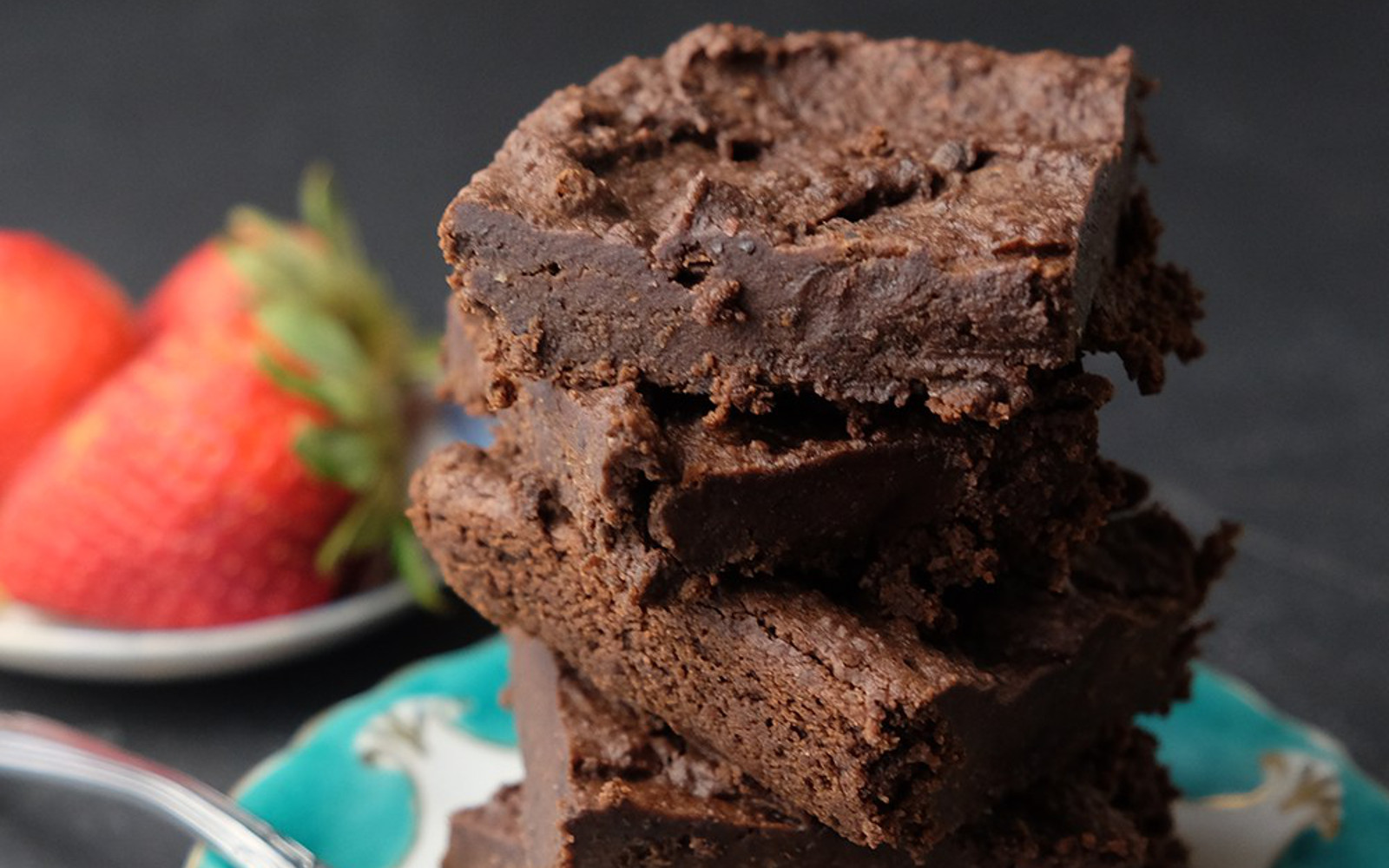 Black bean brownies may sound strange to you if you’ve never had them, but the black beans don’t affect the taste at all. You’re really just adding more nutrients to your treats by adding black beans. Brownies that are high in protein and fiber? It’s a win-win. You get your rich, yummy dessert, but you get the goodness of beans too!

To introduce you to the goodness of black bean brownies we put together these recipes from our Food Monster App as well as other brownie recipes and tips! 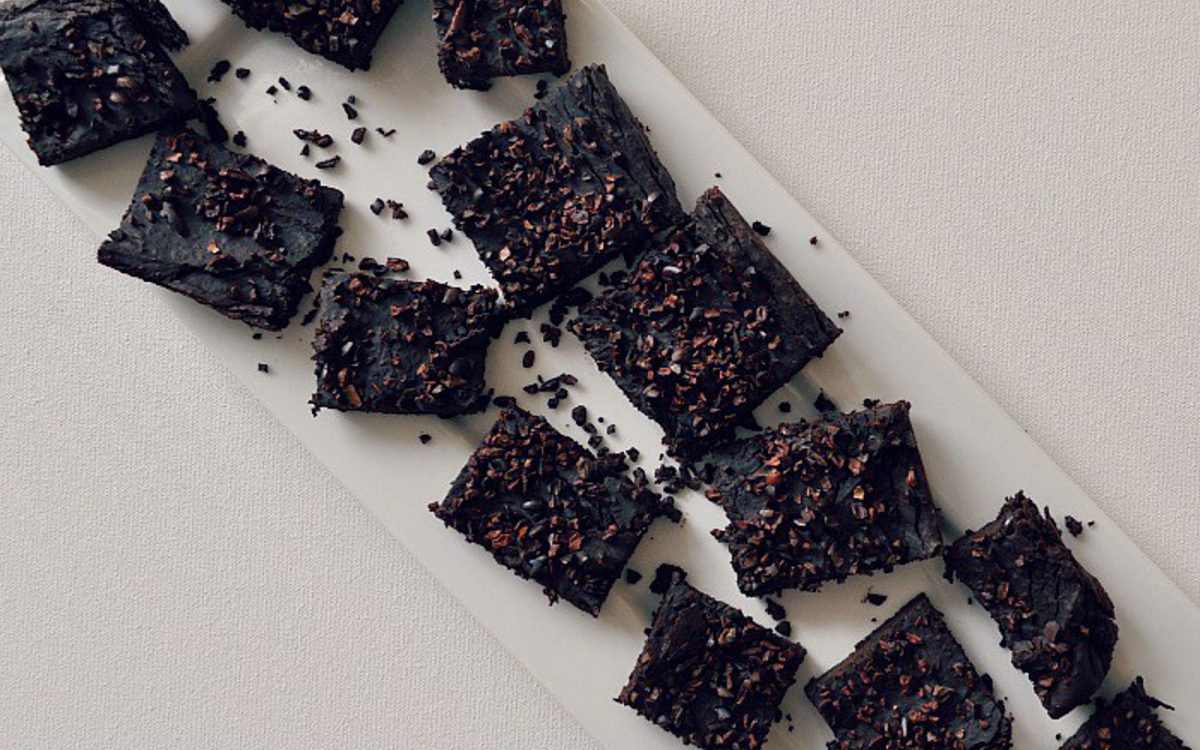 If you have a soft spot for chocolate, Sarah Baker‘s Flourless Avocado Black Bean Brownies will make their way into your regular dessert rotation. The avocado makes them smooth, creamy, and decadent. But the best part about this recipe is that it’s healthy … as far as brownies go, at least. 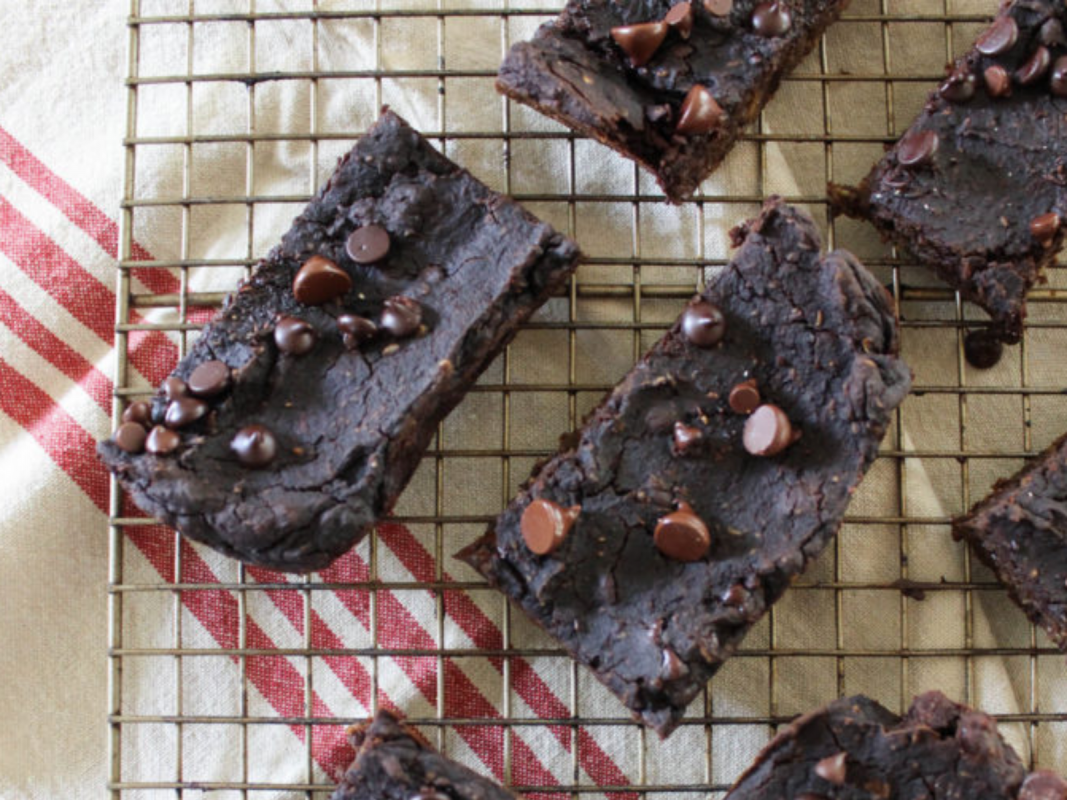 Robin Runner‘s Easy Pumpkin Black Bean Brownies are moist, not overtly sweet, delectable and the perfect comfort food. Adding beans clearly poses a healthier twist, along with maca (natural energy source) and no refined sugars tip this treat into a healthier category. Very simple, pretty much fail-proof and a hit with everyone. Let’s face it, no one needs to know black beans are in this recipe! 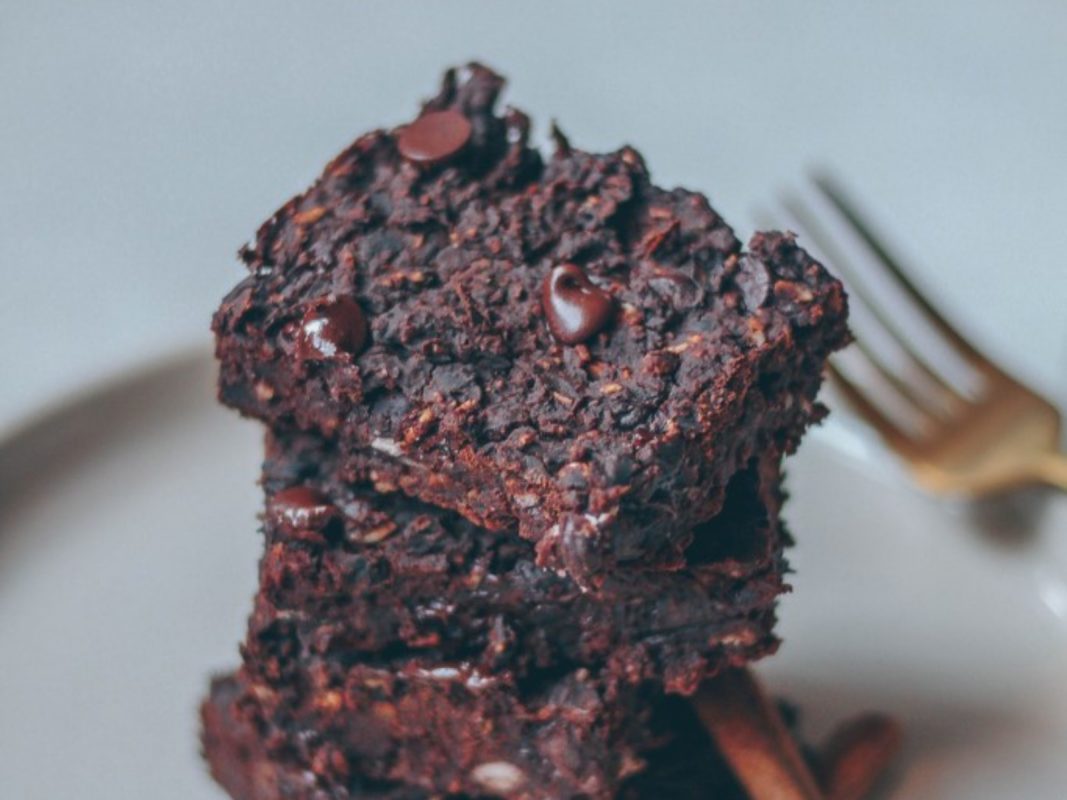 Believe it not these Pumpkin Spice Black Bean Brownie by Taavi Moore are incredibly fudgy, chocolatey, and simply melt in your mouth. Black beans add an amazing dense fudginess and trust me…you wont even taste them in the final product. An incredibly fudgy chocolate filled black bean brownie with a bit of festive touch by adding pumpkin pie spice. Embedded with gooey chunks of chocolate chips as well! 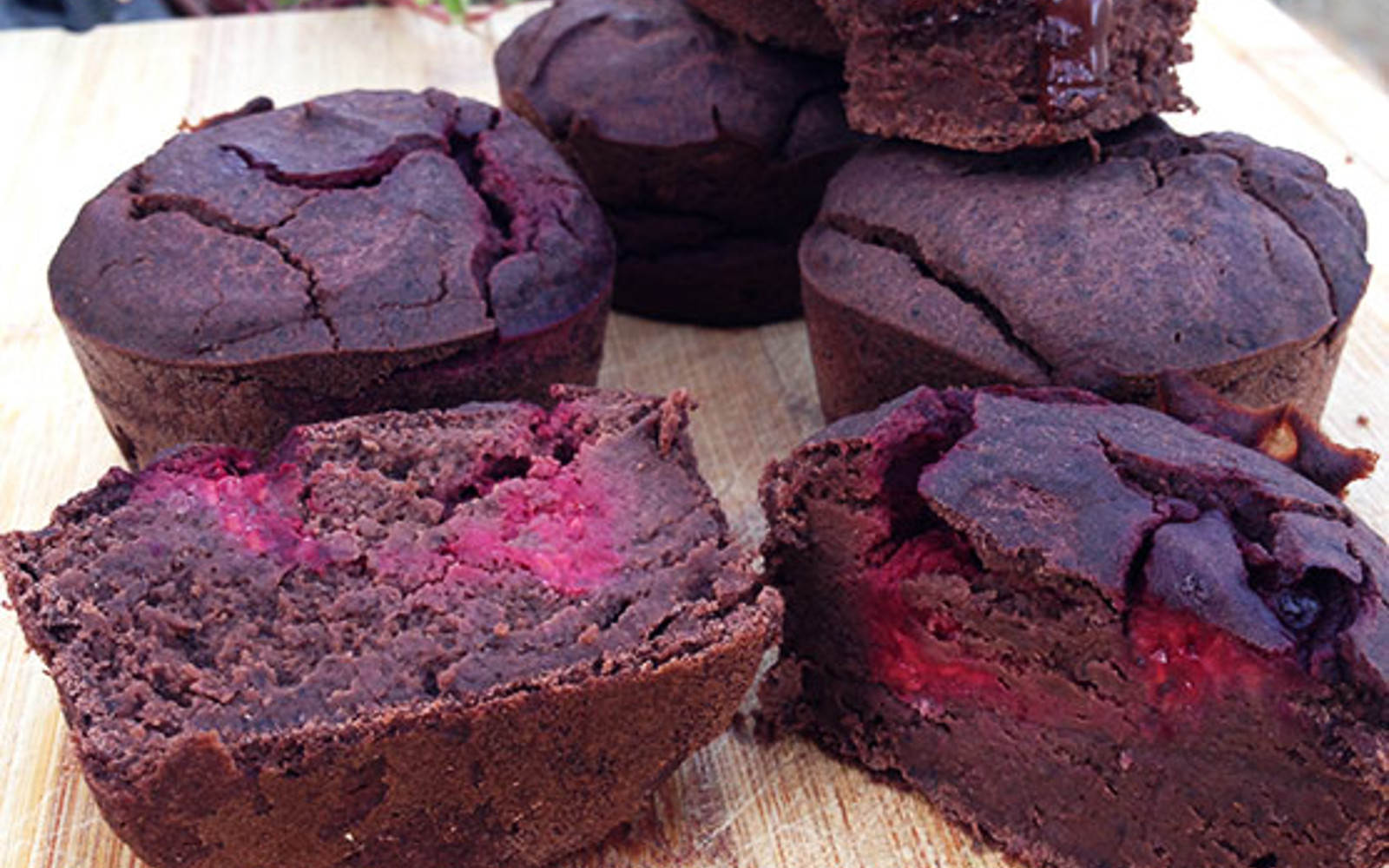 Once you master this Raspberry Black Bean Brownies recipe by Pauline Hanuise, you’ll never feel guilty about brownies again. These black bean brownies are super tasty and incredibly healthy to boot. And, depending on your mood, you can throw in some extra raspberries, pecans, or even – more chocolate. 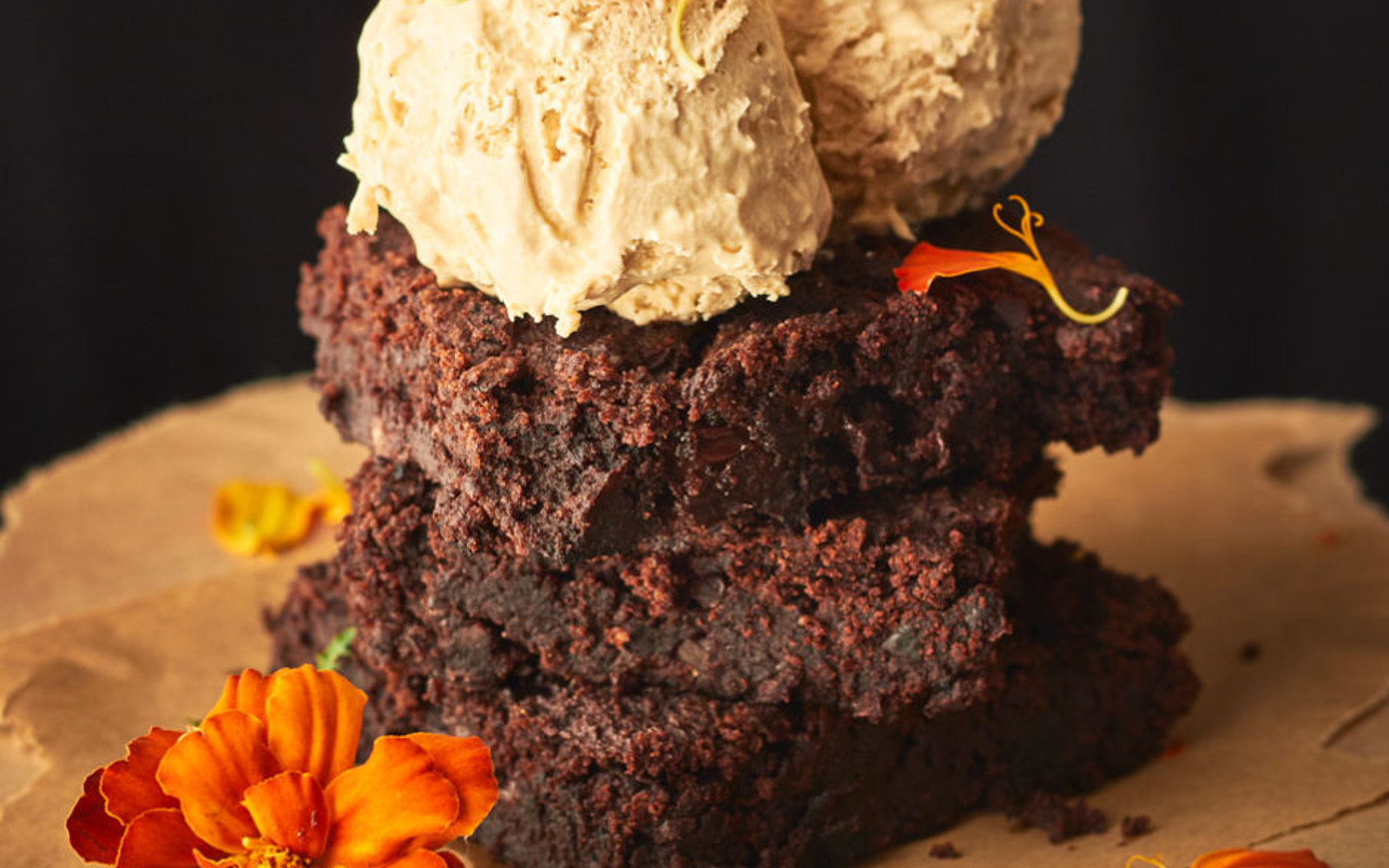 These delicious Black Bean Brownies by Katie Culpin and Josh Bailey are packed with protein and flavor; plus they have the rich, fudgy constancy of any good brownie. To top it all off, they are served with a simple homemade ice cream that provides the perfect, delicate contrast to these decadent chocolate treats.

Katrina Nixon‘s decadent, fudgy Almond Flour and Black Bean Brownies are sure to be a crowd favorite! While they taste just as chocolaty as any other brownie, these are actually pretty unique. For one, they are made with almond flour, so they are 100 percent grain-free. Secondly, they have a boost of protein, antioxidants, and vitamins, because they are infused with black beans! Serve these straight out of the oven for a gooey treat or allow them to set in the refrigerator for a firmer bite.

7. Hidden Protein: These 15 Vegan Brownies and Blondies are Made With Beans! 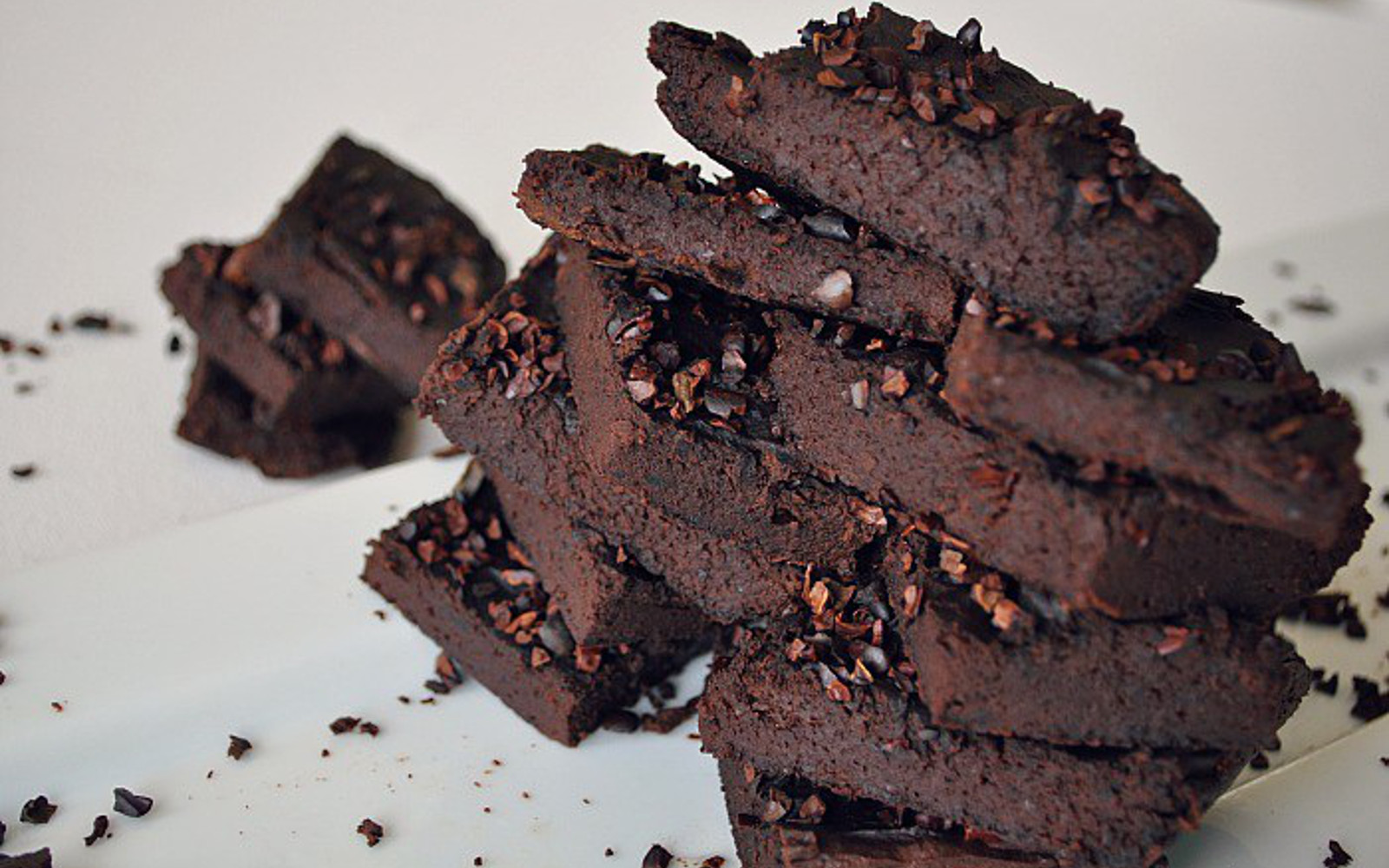 Source: Hidden Protein: These 15 Vegan Brownies and Blondies are Made With Beans!

There are plenty of great reasons why people love brownies and blondies — they’re rich, indulgent, fudgy, and decadent desserts that never seem to go out of style. Whether you’re someone who prefers the crusty, crispy corner pieces or dives straight for the fluffy middle section, brownies and blondies appeal to people of all ages — and now, we’re letting you in on a little secret. There’s a way to enjoy these classic treats in a healthier way, without compromising on flavor. How, you ask? By making them with beans! Try These 15 Vegan Brownies and Blondies are Made With Beans and see how great they taste!

8. Your Guide to Making The Ultimate Vegan Gluten-Free Brownies! 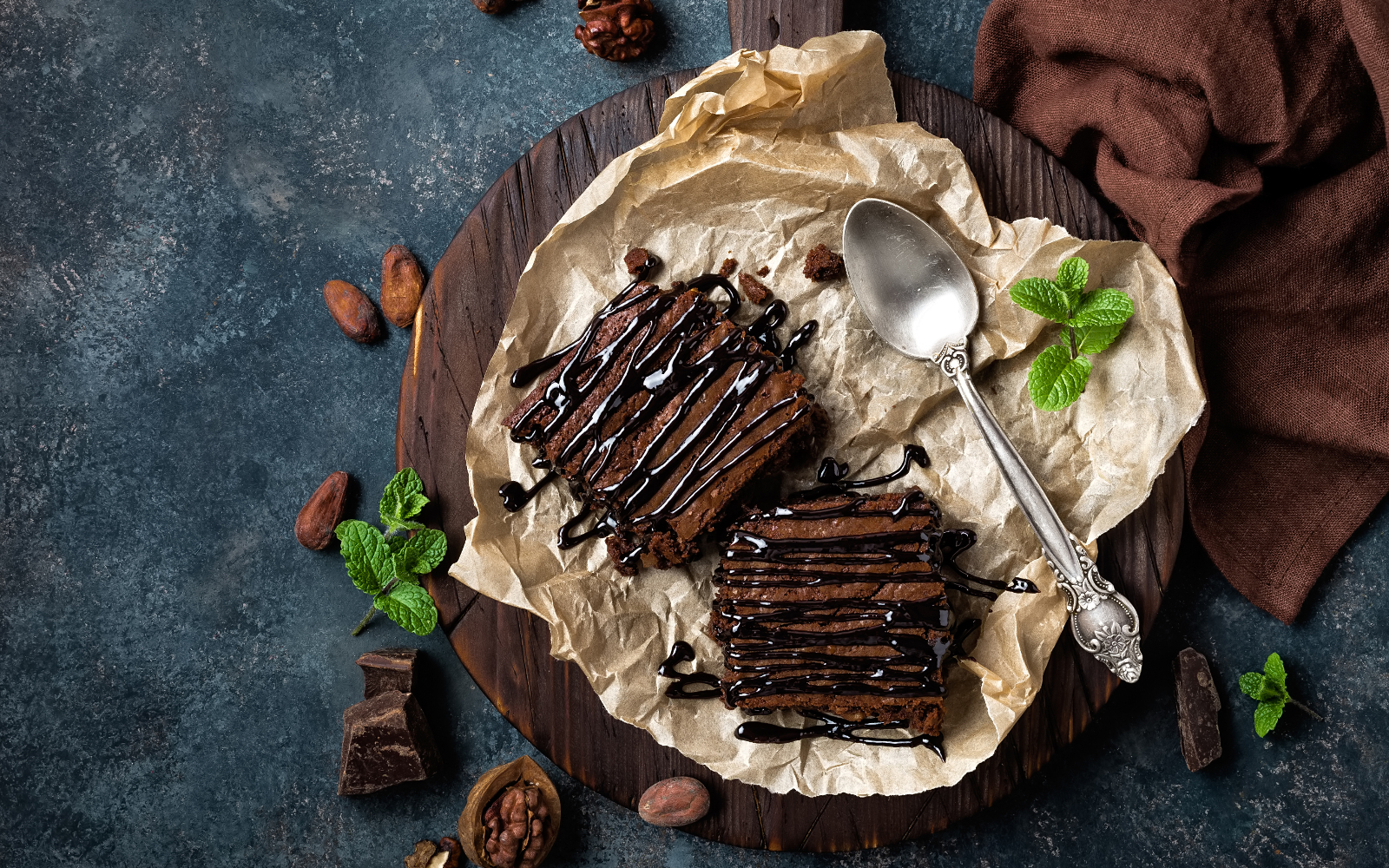 Source: Your Guide to Making The Ultimate Vegan Gluten-Free Brownies!

If you’re avoiding gluten or just want a fudgier or otherwise wheat-less brownie, we’ve put together the gluten-free brownie guide for you! Finding a go-to brownie recipe can be tricky. It seems like there are hundreds of variations, and sometimes it feels easier just to buy a boxed brownie mix, stir in some oil or egg replacer, and call it a day. (Which, by the way, is delicious and we totally recommend as well.) However, if you’re looking to bake gluten-free brownies from scratch, we’ve got you covered with this Guide to Making The Ultimate Vegan Gluten-Free Brownies! 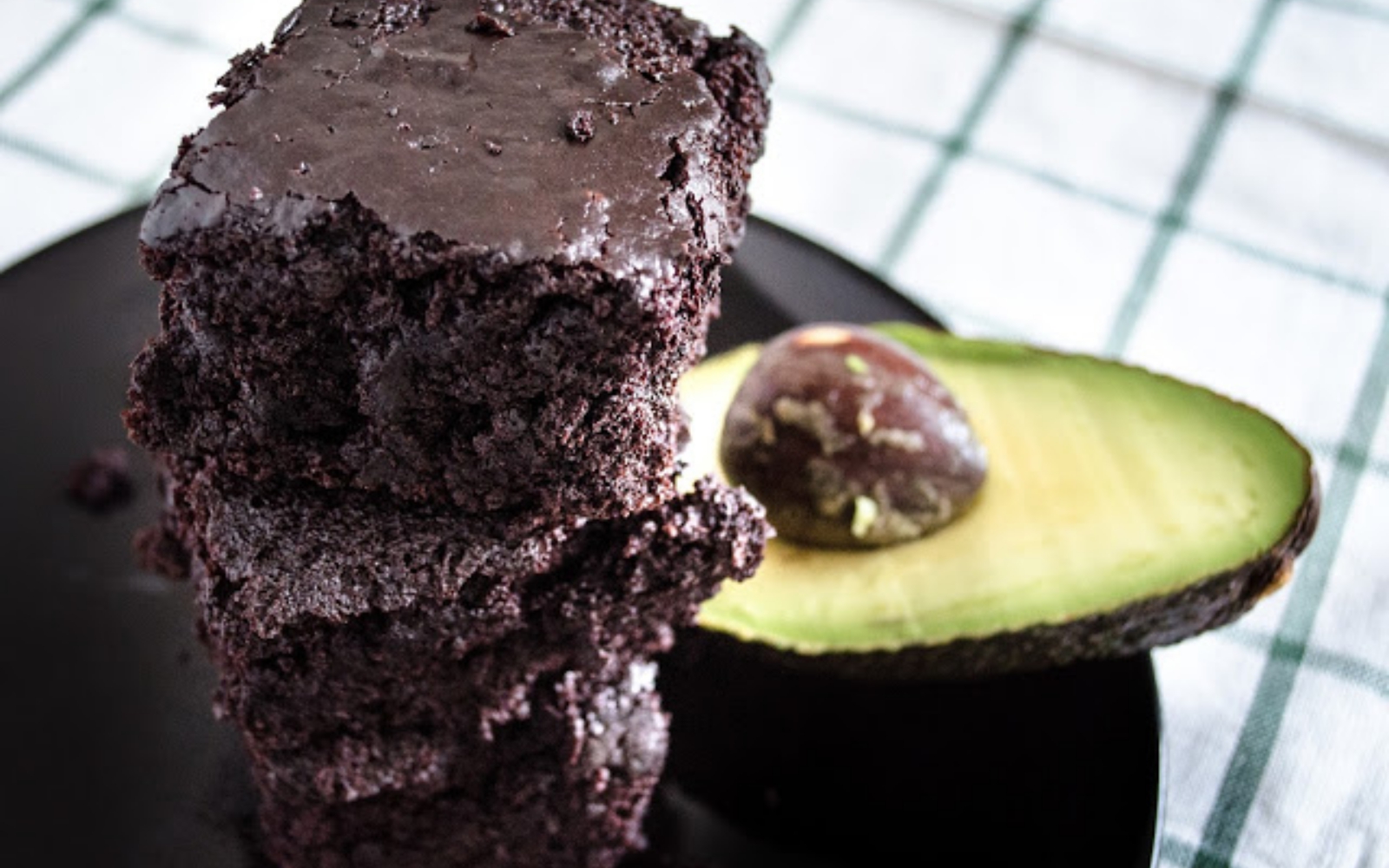 Brownies are super simple to make with plant-based ingredients. Learn how to make your brownies extra fudgy without all the extra oil! These tips from our Food Monster App bloggers will have you making Extra Fudgy Brownies With Unique Ingredients.

10. 15 Decadent Vegan Brownie Recipes for National Have a Brownie Day 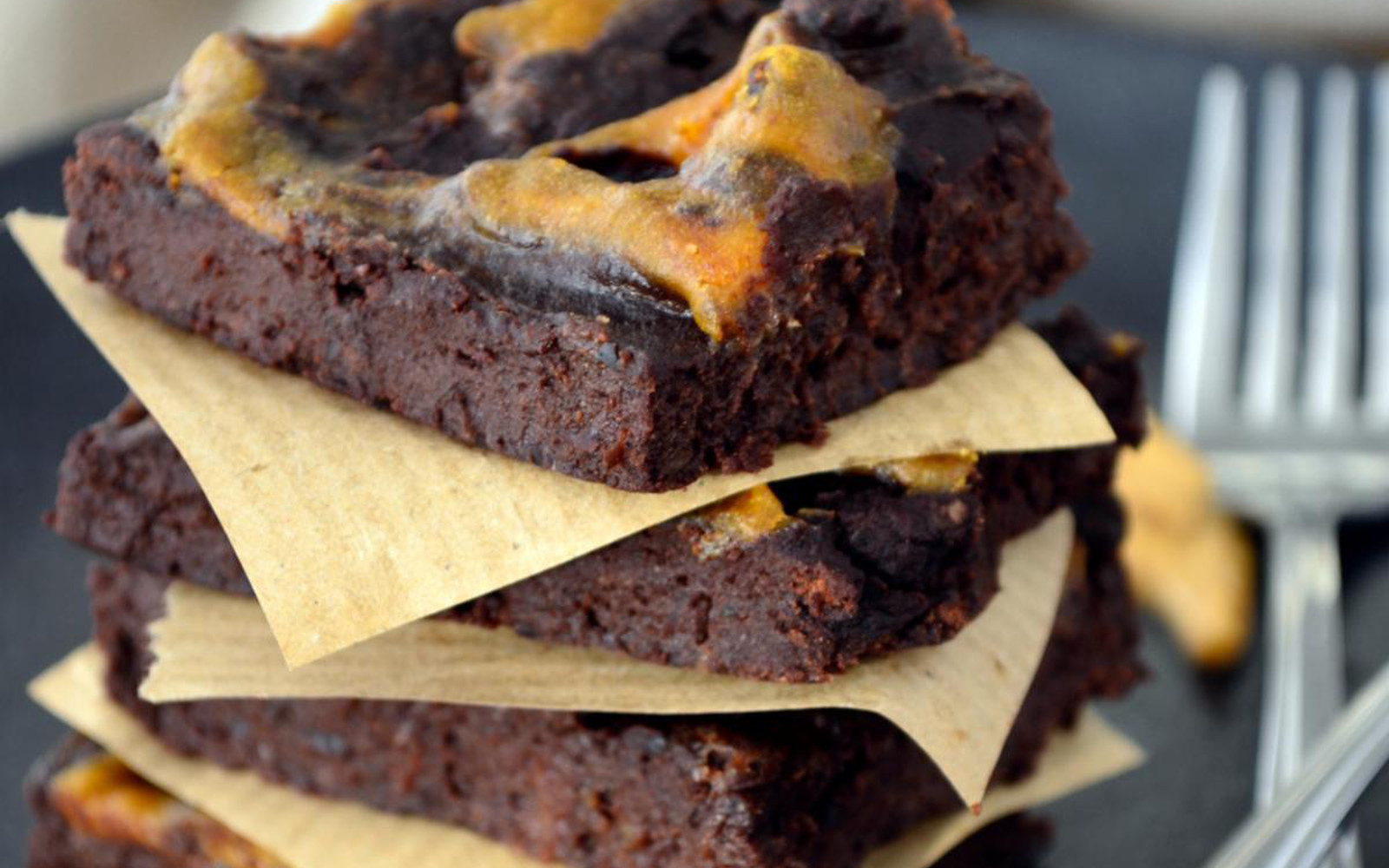 Brownies are the perfect dessert that could win over even those who don’t consider themselves chocolate lovers. You can make them cakey or fudgey, frost them or not, add chocolate chips or nuts. There is absolutely no shortage of creative ways to make brownies, and they are all super delicious. It doesn’t have to be National Brownie Day for you to try these 15 Decadent Vegan Brownie Recipes!

We hope you enjoy these delicious recipes! For more, download our Food Monster App where we have over 15,000 vegan and allergy-friendly recipes.