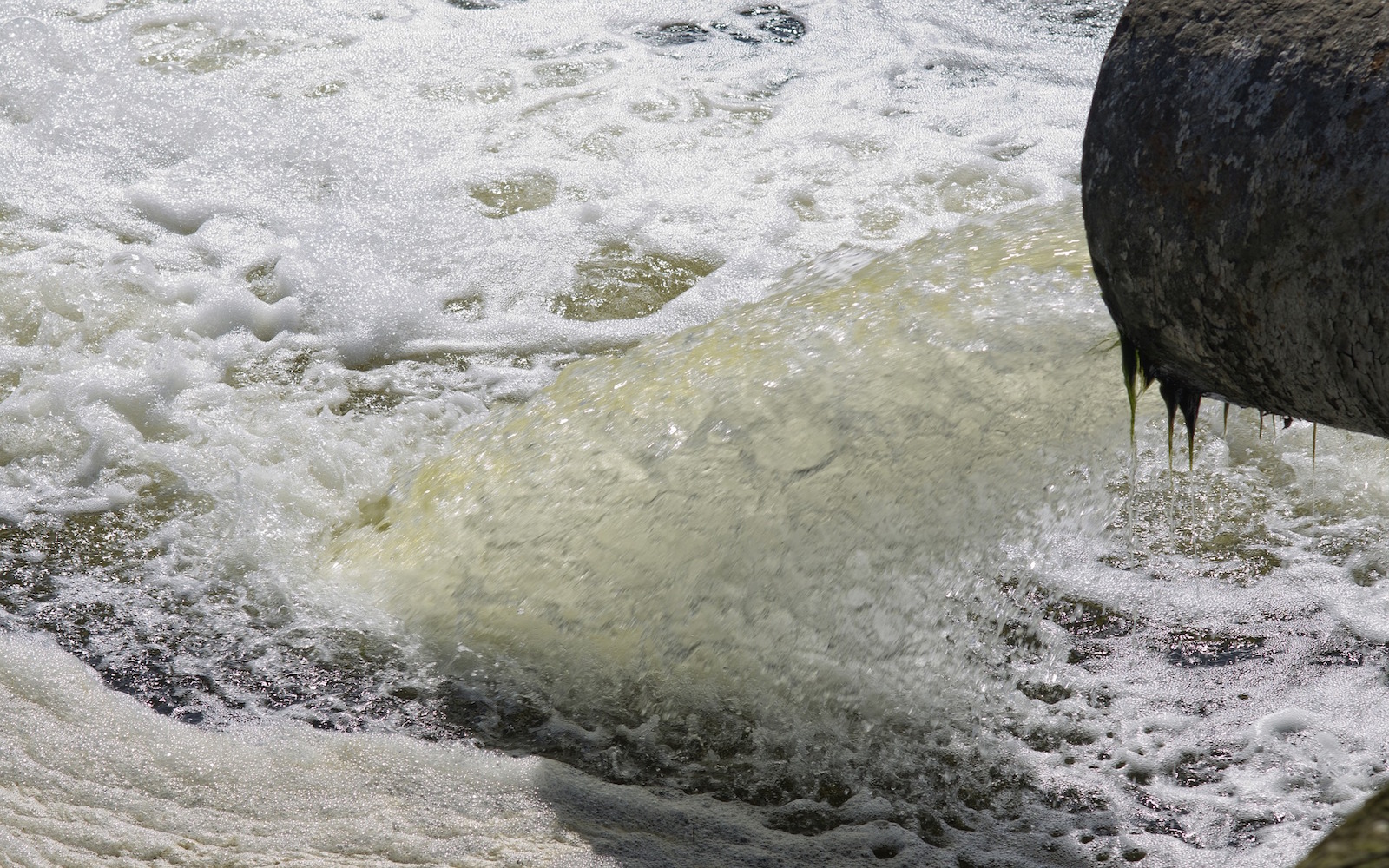 One of the many unpleasant realities associated with animals being killed in industrial U.S. slaughterhouses is that the enormous amount of waste they produce has to go somewhere. Where does it end up, you ask? Well, the extremely gross truth is that much of the nitrogen, fecal bacteria, and other pollutants that arise from slaughterhouse operations get discharged directly into our rivers, lakes, and streams.

As if this wasn’t horrifying enough, the Environmental Integrity Project (EIP) recently discovered something that takes this dirty little secret from bad to worse. Upon taking a look at the EPA’s records for the 98 large U.S. meat-processing plants that released more than 250,000 gallons of waste per day into waterways between January 2016 and June 2018, the nonprofit environmental organization found that 74 of the plants had violated their pollution control permits at least once.

And as the EPA data showed, the vast majority of the facilities repeatedly exceeded legal limits for wastewater discharge. In fact, over half of the plants (50 of 98) had five violations, and about one-third (32 of 98) had at least 10 violations. Further, several of the facilities were found to be responsible for infecting waterways with as much nitrogen pollution as a small city over the last two years.

As EIP Executive Director Eric Schaeffer reportedly described the disheartening findings, “This water pollution is really an environmental justice issue, because many of these slaughterhouses are owned by wealthy international companies, and they are contaminating the rivers and drinking water supplies of rural, often lower-income, minority communities.”

He continued, “State environmental agencies need to start cracking down on and penalizing these flagrant violations of the federal Clean Water Act. And EPA needs to step in and set stronger national water pollution standards for meat processing plants.”

After investigating the EPA’s records and uncovering just how much environmental havoc U.S. slaughterhouses are getting away with, the EIP was compelled to release a report called “Water Pollution from Slaughterhouses.”

In this report, which draws on research from Earthjustice in addition to EPA records, the EIP ranks the worst polluters in the U.S. in terms of total nitrogen pollution, which causes explosive algae growth and leads to low-oxygen “dead zones” in the water, thus making it difficult or impossible for fish to survive.

As stated in the report, the U.S. slaughterhouse linked to the greatest nitrogen pollution in the last year was the JBS pork processing plant in Beardstown, Illinois. This plant alone released an average of 1,849 pounds of nitrogen every day into a tributary to the Illinois River, an amount which is equivalent to that found in raw sewage from a city of 79,000 people, according to EPA data.

To make matters worse, this pork plant, which was at one time owned by global meat and dairy giant Cargill but is now owned by Brazilian-based international meat company JBS, was also responsible for a spill of 29 million gallons of hog waste in March of 2015, a devastating event which killed almost 65,000 fish.

As is detailed in the EIP’s report, these environmentally irresponsible operations are directly accountable for contaminating drinking water, causing widespread fish death, and making rivers and streams unsafe for recreation in communities across the nation.

And yet, penalties for these plants are few and far between, and in the few instances when they are given, they often fall by the wayside, thus allowing the operations to continue breaking the rules and jeopardizing public health without consequence.

As we wait for our state and federal government officials to step up and start enforcing permit violations committed by meat processing plants, there’s something we can all do right away that actually gets to the source of the issue: eat less meat and dairy.

By reducing or completely eliminating our personal consumption of animal-sourced products, we will help to nip this serious problem in the bud by preventing the pollution from being created in the first place.

To learn more about how opting to fuel your body with plants instead of animals can make a world of difference for our Earth and everyone on it, check out the Eat For The Planet book!