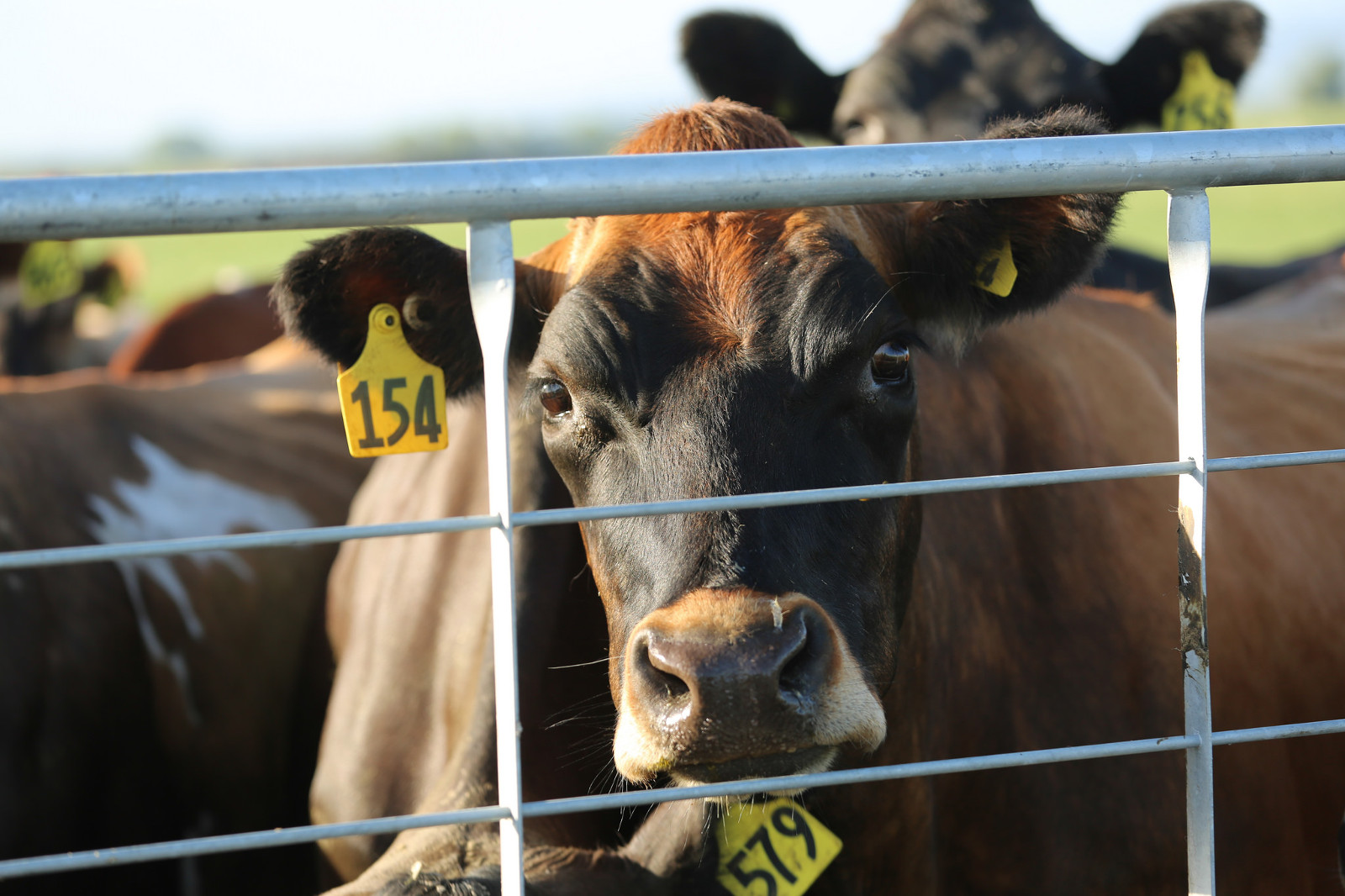 In recent years, public awareness about the shocking cruelty of the animal agriculture industry – particularly factory farms – has greatly increased. At the same time, more and more people are beginning to learn about how harmful the industry’s practices are to the environment. Far higher amounts of freshwater and land resources are required for the production of meat and dairy than for the production of plant-based foods. To take just one example, the production of beef requires approximately 160 percent more land resources than the production of plant-based protein products. Additionally, a person who stops eating meat and dairy products for one year can save 200,000 gallons of freshwater!

The world’s farmed animals produce around 130 times more waste than the entire human population. Approximately 150 gallons of water are required per cow, per day, to hydrate the animals, remove excrement from the floors of factory farms, and clean slaughter equipment. Once this water has been used, it contains too much animal waste, antibiotics, growth hormones and bacteria to be returned to the water treatment system. Instead, it must be stored in open-air lagoons that can be the size of several football fields. These lagoons often leak into the surrounding groundwater – and some farmers even drain them by spraying the polluted water onto neighboring lands – which can cause massive problems for drinking water supplies in the area.

Excess nitrogen and phosphate from animal manure has also been linked to the growth of algal blooms in nearby rivers and lakes. These blooms starve most forms of aquatic life in the waterway of oxygen, rendering it devoid of life. This pattern has been repeated on a larger scale in the Earth’s oceans. In 2014, the marine conservation group One World One Ocean estimated that there were approximately 405 dead zones in the oceans of our planet, all of which have been directly linked to chemical run-off from factory farms.

For many years, water pollution has been an extremely rampant practice within the animal agriculture industry. Between the years of 2010 and 2014, one single animal agriculture corporation, Tyson Foods, dumped 104 million pounds of pollutants into U.S. waterways – higher than the levels of pollutants that were dumped by oil and gas giant ExxonMobil.

Now, environmental advocacy group Earthjustice is taking a stand against this destructive practice.

Earthjustice is suing the state of New York for allowing large dairy producing companies to spread polluted water onto nearby lands without environmental safeguards. They are taking this action on behalf of a wide coalition of environmental protection groups, including Riverkeeper, Waterkeeper, and the Sierra Club.

In a recent blog post detailing their decision to sue the state of New York, Earthjustice heavily criticized a new permit system by the state’s Department of Environmental Conservation (DEC), which allows large industrial dairy operations to avoid having their safety plans reviewed by the state, and does not allow the plans to be seen by the public. The new permits also do not require dairy operations to adopt environmental safeguards that would help prevent water pollution in local communities.

Earthjustice explained, “Consider the common New York practice of winter spreading, in which liquid manure is applied to cropland when no crops are growing and when the ground may be frozen or covered in snow. The EPA and other experts have echoed what residents in upstate New York communities say – that this practice is too risky and should be banned. Yet the new permit allows dairies far too much leeway to spread manure on cropless soils in wintertime, creating a high risk of runoff into nearby waterways.” They also added that by granting this amount of leeway to dairy farms, the DEC is putting local residents at risk. “Towns where drinking water supplies are threatened or contaminated by dairy manure are already having to spend significant amounts on costly improvements to their drinking water treatment plans,” the group pointed out. “It would be far better to keep the source water free from dairy cow waste in the first place.”

Unfortunately, this is hardly the first time profits from the dairy industry have been put ahead of human and environmental welfare, but we applaud EarthJustice for standing up and making it clear that this cannot continue. You can help EarthJustice in their campaign by making a donation here.

The most powerful thing you can do to limit the impact of animal agriculture on the environment starts on your plate. You can learn more about the environmental devastation caused by factory farms, and how you can make a difference, by reading the articles below.

Another great resource to check out is One Green Planet’s #EatForThePlanet campaign. Here, you can find out all you need to know about how to slash your carbon footprint in half, conserve vital water supplies, protect endangered species, and ensure that our planet can continue producing enough food for many generations to come … all by making a few changes to your daily diet!