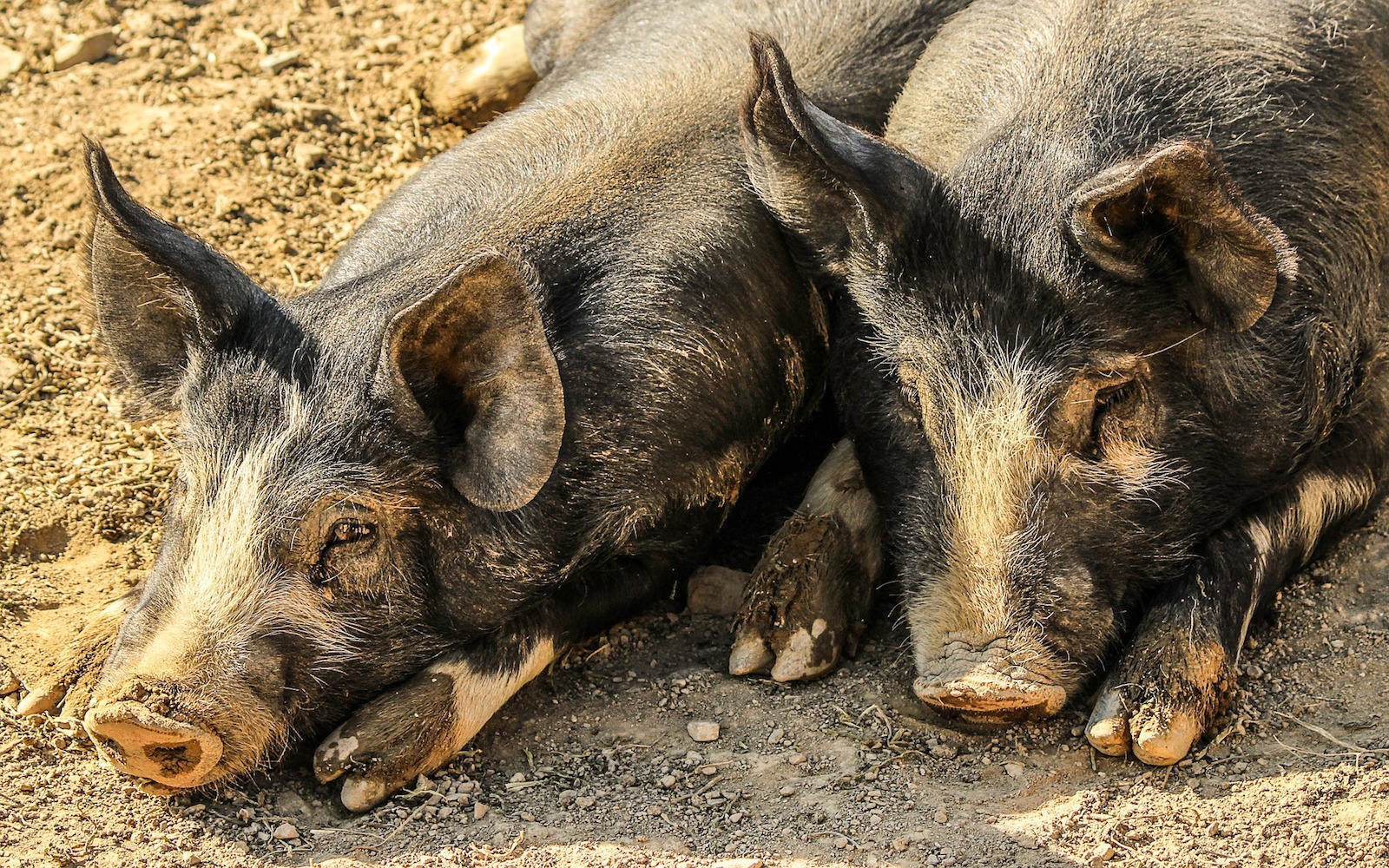 Time after time, research studies have revealed the very serious negative impacts that industrial-scale hog farms have on the communities where they are located. Among the many concerns associated with industrial pork production are environmental effects, economic impacts, and health consequences for those living nearby. It may seem crazy that hog farms can have such huge implications for nearby residents, but it quickly becomes more realistic when you consider the rampant air and water pollution directly caused by these operations.

In North Carolina, the state responsible for producing the second largest number of pigs in the U.S., the industrial hog industry is worth approximately $2.5 billion and confines around 10 million pigs each year on 2,100 jam-packed factory farms. Given the huge scale of hog farming here, it shouldn’t come as much of a surprise that North Carolina residents suffer some of the most extreme consequences.

For instance, it’s not at all uncommon for families living close to North Carolina hog operations to have to avoid breathing the air outside their homes because it is contaminated with dangerous gas particles put into the air by pig waste. Seem a bit extreme? Not when you take into account that inhaling large quantities of methane, one of the gases present in manure, can lead to vision problems, brain damage, heart palpitations, difficulty breathing, and even death. Imagine having to worry about that on a day-to-day basis!

Fed up with the devastating effects hog production causes for neighboring residents and workers, North Carolinians have repeatedly spoken out against these operations in recent years. Unfortunately, their calls for the state’s hog farms to improve their waste management methods and make other changes in order to protect the public’s health and well-being have largely gone unanswered — at least until recently!

In the latest public act to stop hog operations from continuing to get away with creating major health hazards for locals, neighbors of three North Carolina industrial-scale hog farms filed nuisance suits against Smithfield Foods, the world’s largest pork producer. They cited the “obnoxious, recurrent odors,” flies, and noises from rumbling trucks they are forced to endure on a daily basis as “unreasonable nuisances” (which is putting it lightly considering the serious health consequences!) and requested compensation.

In a much-deserved victory for these suffering North Carolina residents, a federal jury concluded that Smithfield Foods owes $473.5 million to six neighbors who have been deeply affected by its operations. Lawyers representing the neighbors pointed out that Smithfield has failed to take measures to minimize “nuisances,” such as covering waste pits or otherwise attempting to keep the unbearable odor and hazardous vapors resulting from liquid hog waste from being spread through the air to nearby residents.

The waste management (or lack thereof) implemented on most North Carolina hog operations is indeed cause for concern: The majority of the state’s factory farms collect liquid waste in open-air pits which are emptied by spraying excrement on farm fields, a practice which was banned at new livestock operations in 1997 after being found to be a huge public health hazard.

Smithfield Foods’ failure to store its excessive amounts of hog waste in a proper, modern way has forced community members to live with the foul odors generated by the cesspools, which one neighbor reportedly compared to the stench of long-dead corpses he found during his career as a police officer and firefighter. Unfortunately, this is the reality for those living in countless communities around the U.S., not just in North Carolina.

Are you disgusted by the fact that hog producers are jeopardizing the health and happiness of people just so that they can profit from the cheap mass production of pigs? You can help turn things around for our planet and these communities by opting to eat plant-based alternatives instead of meat and dairy! By reducing your consumption of animal products, you will help reduce demand for factory farms, thus playing a crucial role in helping to dismantle these highly destructive operations once and for all.

To learn more about how your dietary choices can make an enormous impact, check out the #EatForThePlanet book!