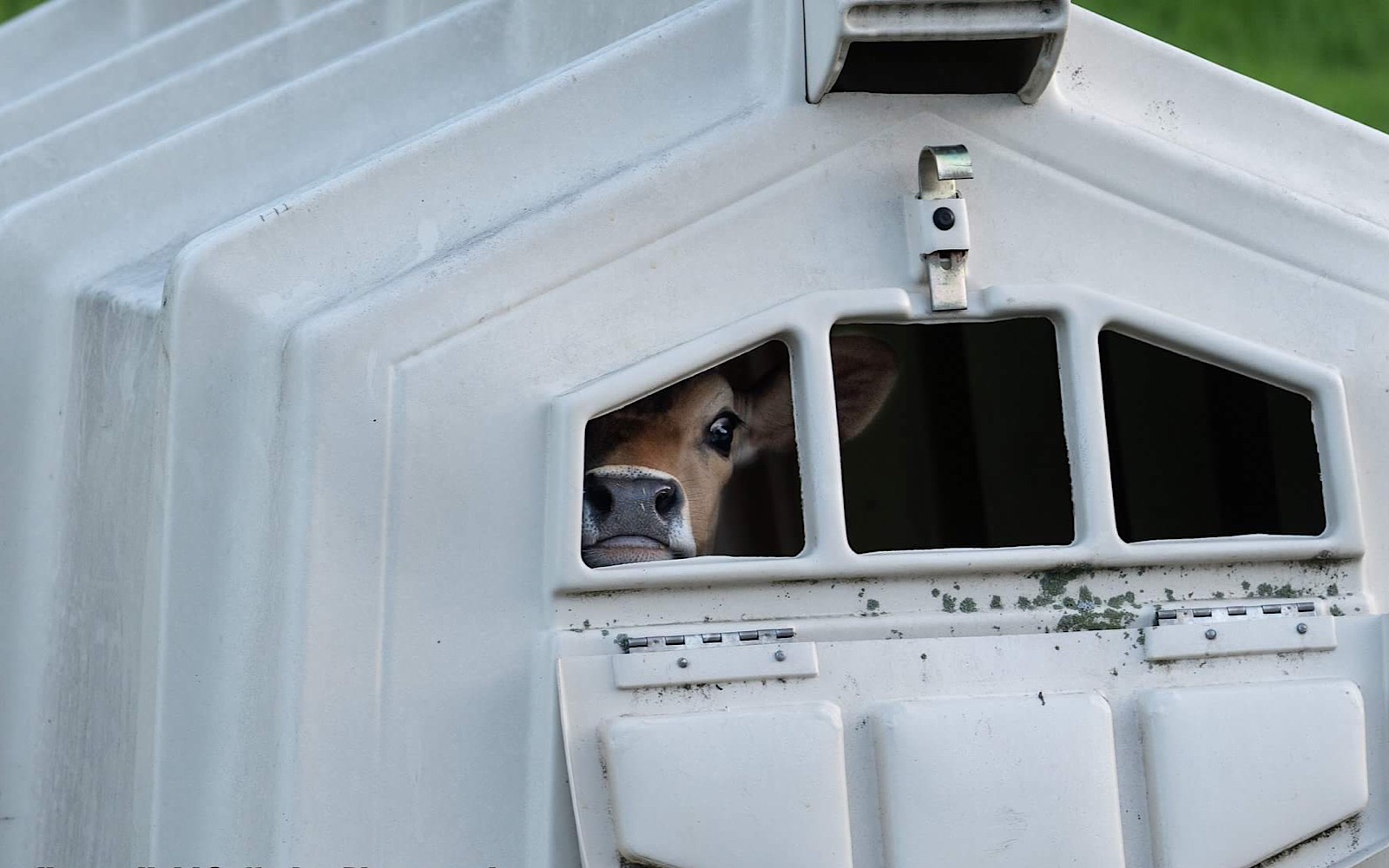 Big Dairy tries their best to mask the reality of the animal welfare violations and public health hazards typically linked to their industrialized farms. Despite participating in government checkoff programs that created the long-standing “Got Milk?” campaign and cutesy commercials starring “happy cows” chewing their cud in lush fields, there are still activists who make sure to unmask the reality behind the doors of these dairy farms.

Unparalleled Suffering Photography took to Facebook to share a chilling image of a young dairy cow peering out from her small hutch, where she has likely spent the majority, if not all, of her life after being torn away from her mother shortly after birth. Perhaps thinking a savior has finally arrived, the sweet-faced cow looks directly at the photographer with a look that is equal parts one of despair and hope. 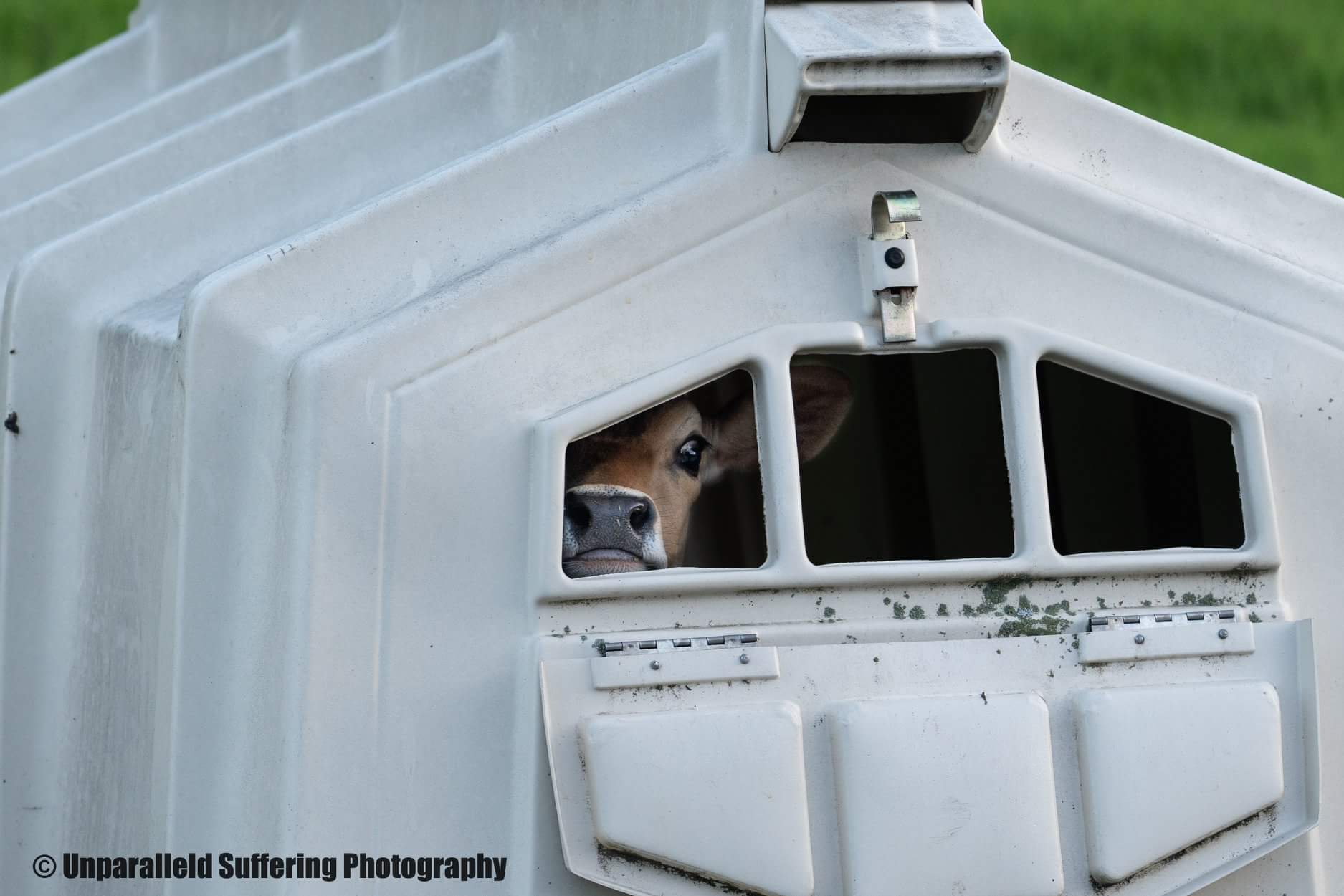 Cows used in industrialized dairy are anything but happy. Used as commodities, they are stacked row after row like inventory in horrid barns that are flooded with urine and excrement and not so much as even given the space to turn around, let alone happily gossip in green meadows like the industry wants us to believe. The cows’ health and wellbeing are only of concern if profits will suffer as a result, and so because of this and the filthy overcrowded environments they are kept in, they are administered alarmingly high rates of antibiotics, which has led to a severe increase in antibiotic-resistant bacteria, an extremely serious problem of major global public health concern. Additionally, the high rates of air and water pollution caused by these farms also pose huge public health hazards.

The general welfare of these literal cash cows is completely neglected. Typically forcibly impregnated by unnatural methods, dairy cows’ babies are then ripped away from them immediately after birth so that the milk naturally produced for them can become our cheese and ice cream. The ordeal is traumatic for both the mothers and babies, and some cows have even managed to escape long enough to chase down trucks taking away their babies. These babies then go off to hutches where they will either soon be turned into someone’s veal dinner or forced to become a replacement dairy cow, like the cow in the image above.

Hate the reality of industrialized dairy farms? Then please make sure you do your part to be the change the cows (and the environment) need. Thanks to rising awareness, many dairy farms are losing business and some are shutting down, but the massive industry still stands strong. As the Unparelleled Photography page states, “If you don’t want to support destroying individuals, destroying families, destroying clean water, destroying clean soil, destroying clean air, and destroying wildlife, then you should stop supporting dairy.”

Please make sure to do your part to spread awareness of the truth of industrialized dairy and SHARE this with your network!