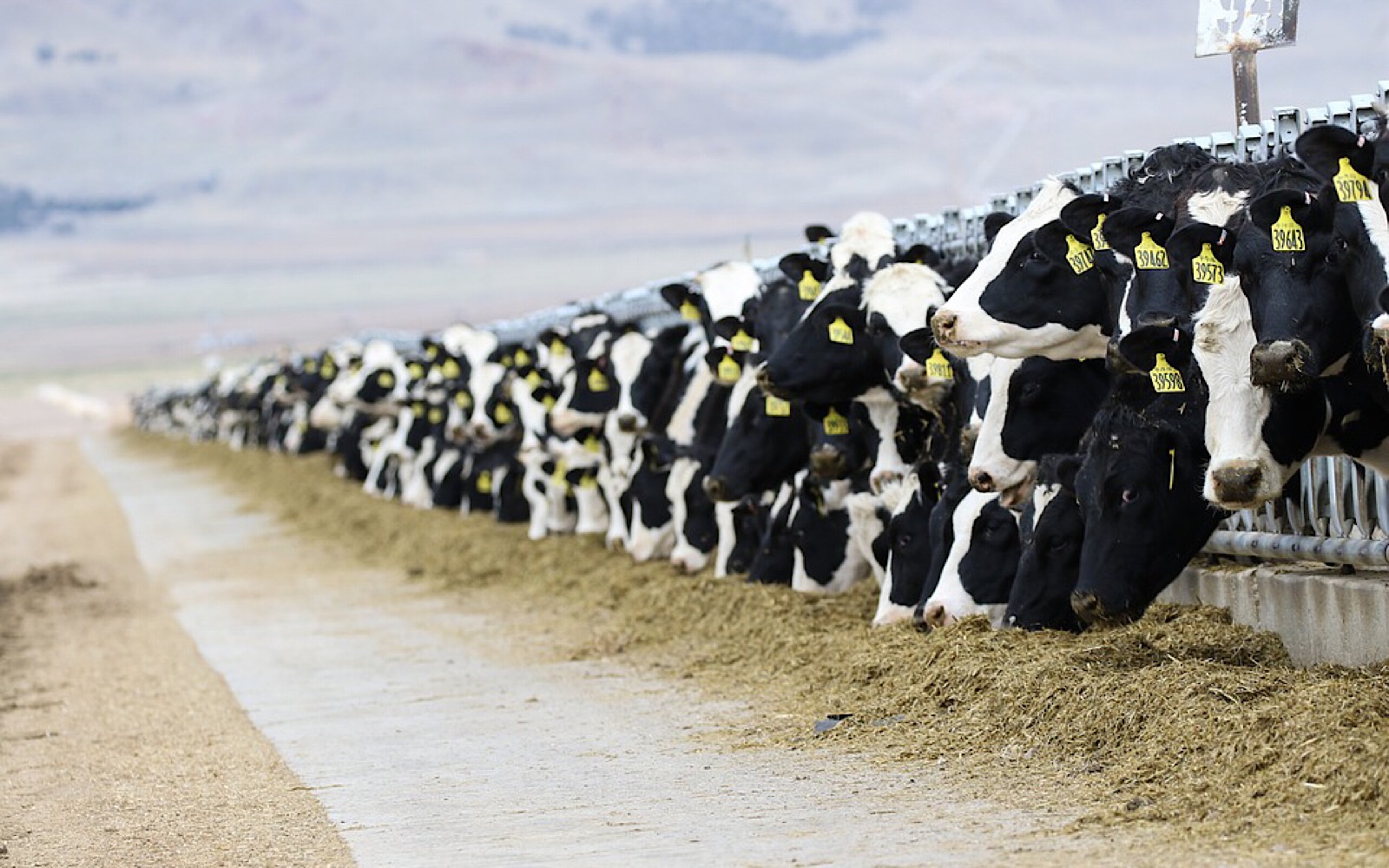 Dairy has made itself an all-too-common ingredient on supermarket shelves, finding its way into everything from granola bars, savory snack foods, and “health” shakes, and of course, the massive cheese and ice cream cases. However, what Big Dairy does not want people to realize is, despite their government-backed support like the “Got Milk?” campaign and other misleading commercials starring “happy cows,” the dairy industry is actually dying.

Just since the start of the year, nearly 60 dairy farms in Indiana have shut down, and they are not the first. This is a trend that has been happening across the country, with 52 dairy farms in New York losing their wholesale contract this year, and a number of long-standing (over a hundred years old) dairy farms and plants shutting down due to lack of sales. Although this can be seen as a sad thing for the families who rely on these farms for income, it must be noted that there are several former dairy farmers who have made the successful switch to growing plants, like almonds and hemp, instead.

Doug Leman, Executive Director of Indiana Dairy Producers, said this is not a new problem, and that over the last 50 years, dairy farmers have been producing more milk than consumers are buying. Many farmers are also blaming mega-corporations like Wal-Mart for the decline.

Leman is right to say dairy farms have been overproducing. Surely much dairy has literally gone down the drain in the past decades, but to put things into a more clear perspective, there is currently a stockpile of cheese in the U.S. that is as large as the Capitol building!

Dairy cows live miserable lives and are anything but the happy cows depicted in milk commercials. Life for a typical dairy cow involves living in an extremely overcrowded space flooded with excrement and urine, being forcibly impregnated by unnatural methods, and having their babies ripped away from them immediately after birth so the milk naturally produced for them can be given to humans. Mothers and babies cry out in anguish during the ordeal, with some mothers managing to escape to chase down the trucks taking away their babies. The calves are then taken to hutches where they will soon be turned into the commodity of “veal” or raised to become a dairy cow. And yes, when dairy cows stop producing a lot of milk, they are sent to slaughter.

As awareness of the animal welfare violations on dairy farms has spread, more and more people have begun to ditch dairy. Also, the concept of feminism has many people pointing out the hypocrisy of “feminists” consuming dairy and financially supporting an industry that exists purely on the abuse and exploitation of females. Of course, widespread lactose intolerance (after all, humans are not meant to consume milk after childhood, let alone another species’ milk) is also causing people to stop buying dairy and turn to popular plant-based dairy alternatives made from the standard soy and almond to coconut, rice, cashews, flax, peas, and the list goes on.

Additionally, those with environmental concerns are ditching dairy since the industry is responsible for dangerous rates of air and water pollution, contributes greatly to greenhouse gas emissions and climate change, and makes people seriously ill. To learn more about the environmental impact of industrialized animal agriculture, go here.

Many people are still unaware of the atrocities that occur to make their favorite cheese and ice cream, so please help do your part to speak up for those who cannot and SHARE this with your network!