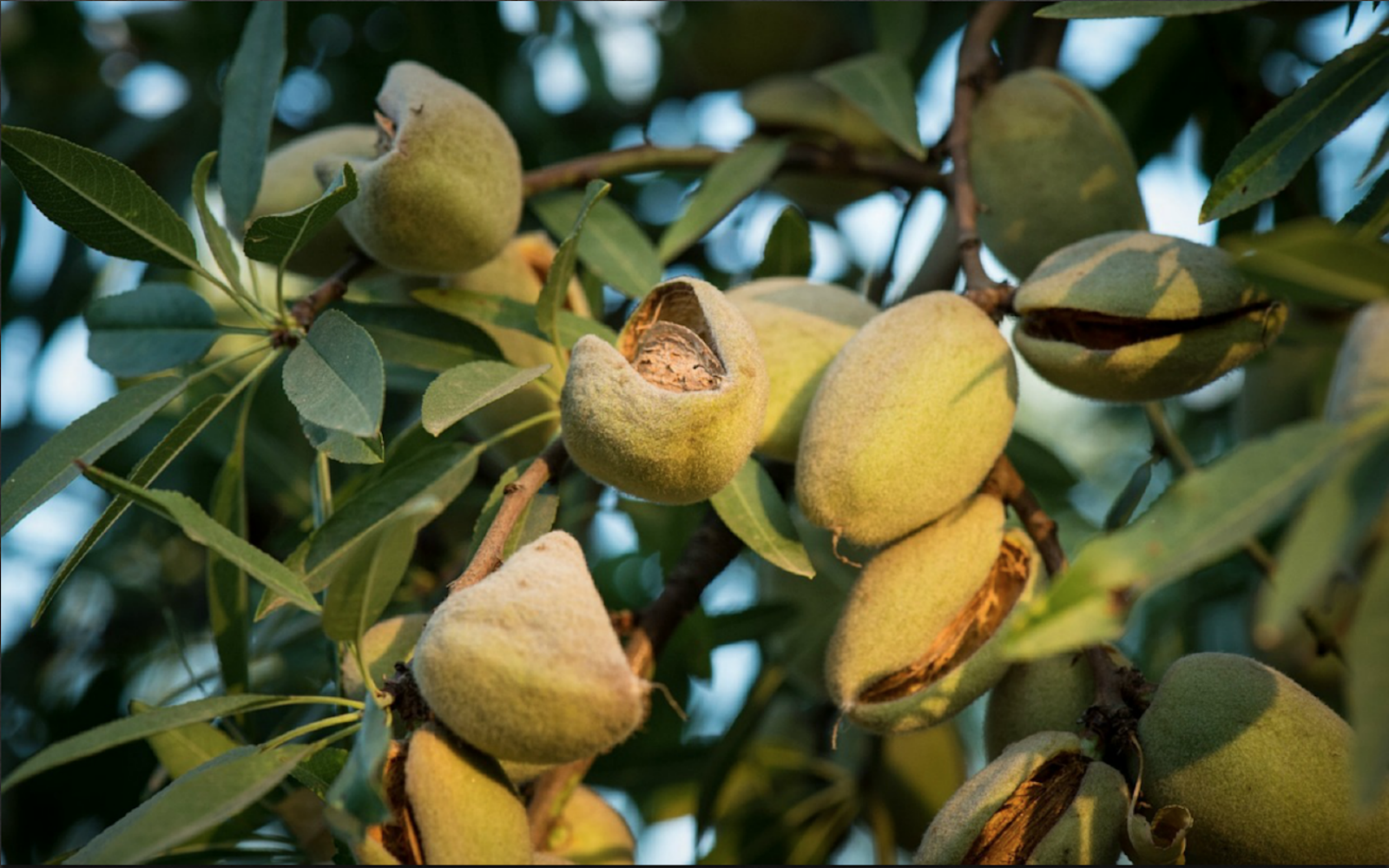 The number of Californian almond groves has nearly doubled over the past decade and now there is even more exciting news to share! Almond Board of California has predicted almond production to increase BY ONE-THIRD, from an estimated 2.25 billion pounds in 2017 to a staggering 3 billion pounds in 2021. Almond Board of California President and CEO Richard Waycott told Food Navigator USA the industry has been focused on water efficiency and have been able to produce a pound of almonds with a third less water than 20 years ago, which will allow for significant growth in the next few years.

But why the demand for almonds? Well, you guessed it – to meet the growing demand for plant-based alternatives, such as plant-based yogurts, milk, and nut milk lattes. Consumers are done with dairy and the numbers don’t lie. Consumption of dairy has been facing a steady decline for decades. Today, Americans consume 37 percent less dairy than they did in 1970 and in the past year alone, consumption of low-fat milk plummeted by 13 percent.

And it seems that the increase in almond production is actually partially being caused due to the fact that dairy farmers are planting almond groves to get in on this burgeoning trend!

Numerous farmers in California, one of the U.S.’s largest dairy-producing states, have given up on dairy in favor of planting almond groves. Waycott noted that dairy farmers who “…might have traditionally planted x-hundred acres of corn or silage for their dairy herds .. are now sourcing that from out of state and diversifying into almonds.”

Dairy farmers are increasingly opting for the “if you can’t beat ’em, join ’em” motto … which is a pretty good idea business wise as plant-based milk is set to reach a market value of $16.3 billion in 2018!

Almonds sometimes get a bad rep for being water-intensive crops, but when you consider the amount of resources needed for dairy, almond milk comes up as an environmentally superior product. When you add up the water used for food, water, and cleaning the facility the average dairy cow uses 4,954 gallons of water per day on a dairy farm. In fact, it’s estimated that it takes around 30 gallons of water to produce one glass of milk and 23 gallons of water to make almond milk. So while arguments have been made that almonds are a highly water-intensive crop, it is a better choice in than dairy – not to mention, almond production doesn’t come along with the methane emissions and extreme air and water pollution that dairy farming does.

As these almond-growing dairy farmers are seeing, the future of food is increasingly becoming plant-based. We certainly hope this is a trend that continues to grow and soon their cow’s milk portion of their business will disappear altogether!