Why Feminists Should Reconsider Their Love for Bacon and Cheese 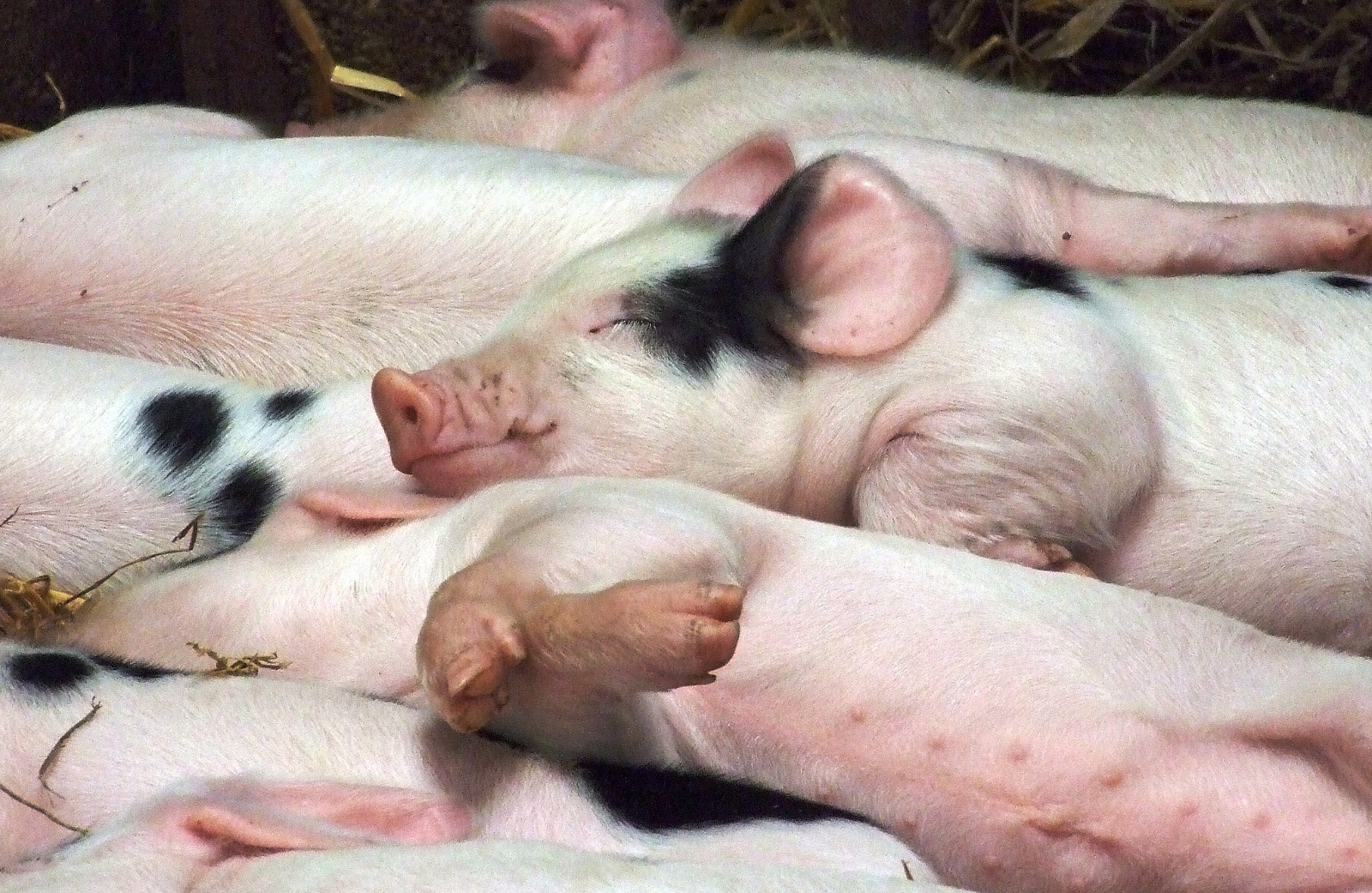 Though the term “feminism” invokes feelings of apprehension for some, it simply refers to the theory that women are equal to men and should be given equal consideration. At one point in history, this was a very radical proposition, and it was met with a great deal of opposition and consternation.

While most people are familiar with the women’s rights movement and its related struggles, few have ever considered the parallels between women’s rights and animal rights, or the feminist implications of a meat-heavy diet. Interestingly, women have much more in common with farm animals than one might think.

Here are 3 reasons why women and feminists everywhere should rethink their love for bacon and cheese:

1. Women and Animals as Legal Property

Historically, women were considered the legal property of their father, and once married, the legal property of their husband. This property status served to dehumanize women, allowing for abuse and the denial of basics freedoms. Women were denied the right to vote, sit on a jury, or own land, and their education centered around domestic skills such as cooking and sewing rather than reading and mathematics. In the 1800s and early 1900s, women began fighting back against this unfair and unjustified division between the sexes, demanding such basic rights as the right to vote. While women have largely broken free of their former property status, various gender inequalities remain even today.

Animals were also historically considered the legal property of their human owners, who could do with their animals as they pleased. Unfortunately, animals are still legally treated as property today. This designation allows the interests of an animal’s owner to trump any interests the animal may have. In the case of farmed animals, this means that farmers are allowed to crowd animals into CAFOs and perform painful and unnecessary bodily mutilations such as debeaking and ear cropping with few restrictions.

While Western women are no longer classified as someone’s property today the same is not true of the billions of animals used for human food every year. Their unchanged status as property remains at the heart of the ongoing struggle to gain meaningful protections for these animals.

Another disturbing connection women and animals have in common is the routine objectification of their bodies. For human women, this often comes in the form of unrelenting catcalls, advertisements that rely on conventionally beautiful women to sell products, or movies in which the main female character is relegated to playing the lead male character’s ditzy, sexy sidekick.

Animals today are also objectified. Cows and pigs are no longer seen as individual animals, but become beef and pork, steak and bacon. They are reduced to cuts and grades and become the object of jokes and fads, such as the inexplicable emergence of bacon motifs as a fashion statement.

There are often times when women and animals are contemporaneously objectified and sexualized, such as in commercials attempting to use scantily-clad women to sell juicy hamburgers. Such objectifications are frustrating and dangerous because their targets are no longer seen as independent beings with their own feelings – the woman or the animal is seen as an object, often for someone else’s pleasure.

Female animals suffer terrible exploitation in the agriculture industry. Female cows are impregnated every year through artificial insemination while confined in industry-termed “rape racks,” so that they will continue to produce the milk that we take for ourselves. Female pigs are impregnated and then confined to gestation crates that are so small that they cannot turn around and often go insane. Egg-laying hens often spend their entire lives crammed into battery cages or windowless “cage-free” sheds, where they are forced to produce eggs at an unnaturally high rate that depletes their bodies.

Most female farmed animals spend the two to five years of their lives in utter misery as their ability to produce babies, milk, and eggs is repeatedly exploited. Treated as machines, the exploitation of their bodies literally allows the industry to continue. Once their bodies are totally exhausted, these females are slaughtered and turned into low-quality hamburger or dog food.

For those human women who choose to become mothers, motherhood – including bonding with their baby and watching their child grow – is an incredible and uniquely female experience. Most female animals never experience this joy, as they are robbed of motherhood altogether. Mother cows have their calves taken from them within hours of birth so that humans can drink the milk intended for the calves. Mother pigs confined to gestation crates are often unable to even nuzzle their piglets. Mother hens are never allowed to hatch their own eggs and raise their chicks.

There is no question a human mother would be devastated if her baby was taken from her. There is also no question that animal mothers experience a similar devastation. They have been shown to call out repeatedly to their missing babies, try to escape from pastures and cages to find their babies, refuse to eat, and become noticeably depressed. These mothers are in pain, and it’s a pain that is easily understood.

Women have more in common with animals than many of us realize, including the historical treatment as property and routine objectification. What women and animals do not have in common is the ability to speak out against injustices. Human women were able to stand up and demand equal treatment and consideration. Animals do not have that same ability. They are voiceless, and they need us to speak up for them. Because women share a number of similarities with animals, we are uniquely situated to empathize with their current situation and fight to free them of it.

A great way for anyone to speak up for animals is by refusing to eat or use any products that are the result of the use and abuse of animals, both male and female. Check out this list of cruelty-free cosmetics, and consider making your diet a plant-based one with these recipes.