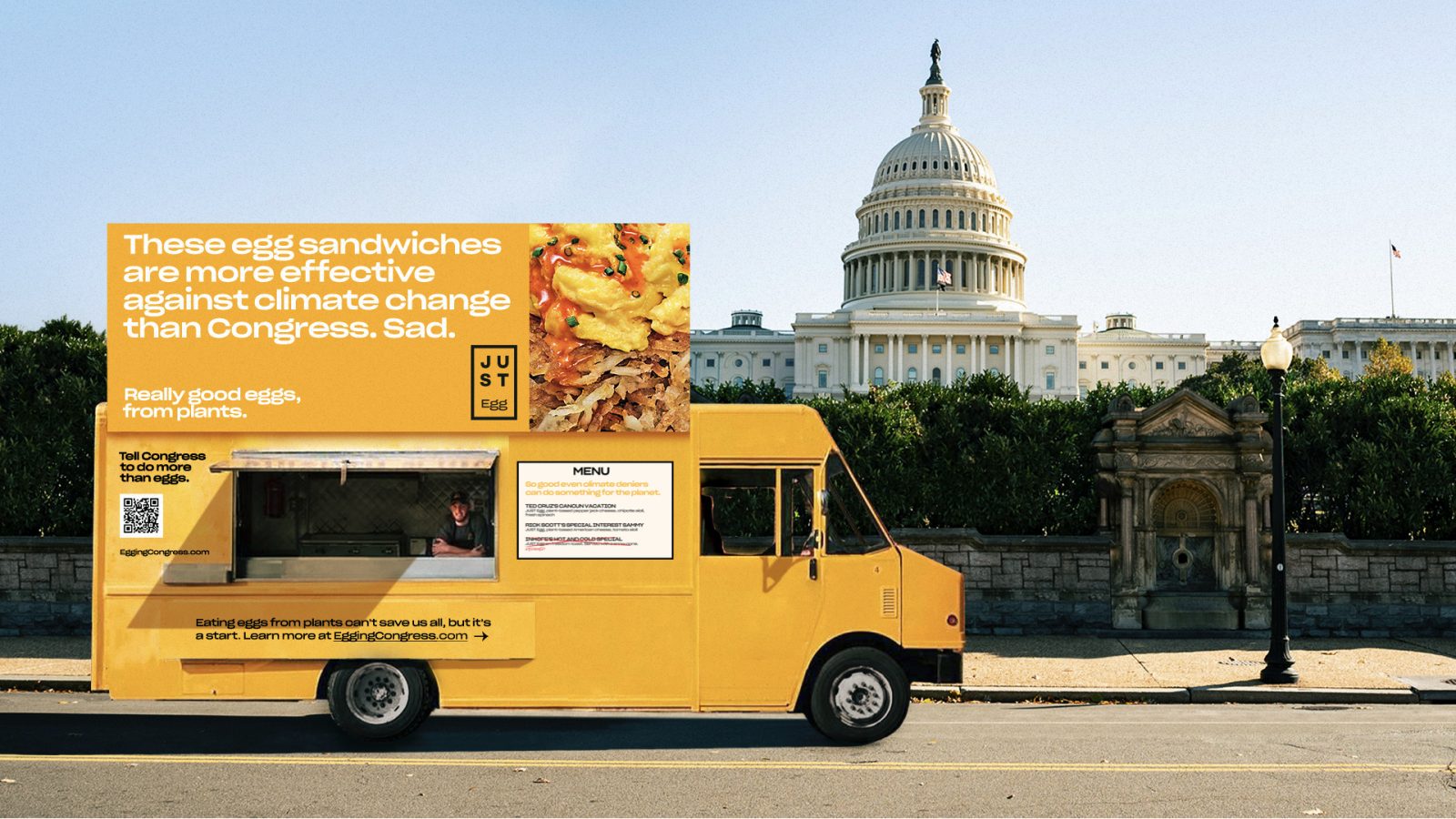 JUST Egg’s new campaign is calling out Congressmen and officials for denying climate change and failing to protect the planet.

The company decided to troll lawmakers in Washington D.C. with billboards, posters, and a food truck in their new campaign to bring climate change to the forefront. The campaign includes witty statements like, “These egg sandwiches are more effective against climate change than Congress. Sad.” and “So delicious it’ll make Ted Cruz begrudgingly combat climate change.”

JUST Egg, a Silicon Valley successful food tech, is using Earth Month to call out officials for blatantly failing to do anything about global warming. The hilarious sandwiches include the Ted Cruz Cancun Vacation, which calls out Ted Cruz, who believes climate change is not real. The sandwich features JUST Egg, vegan pepper jack cheese, chipotle aioli, and fresh spinach. Last year, he went to Cancun after his home in Texas was left in a state of emergency after a horrible winter storm. Despite this and the mounding scientific evidence, he still does not believe climate change is real.

Tom Rossmeissl, JUST Egg’s head of global marketing, pointed out to Adweek that the latest IPCC report said it’s ‘now or never’ for governments to act to stop the planet from warming more.

“If you look at the recent U.N. report and the science, it’s now or never to address climate change—this is a really big moment for humanity,” Rossmeissl told Adweek. “We want to add our voice in a creative way to the growing chorus of Americans asking for action.”

With all jokes aside, we hope that this will encourage people to try this egg substitute that is better for their health and the environment. It’s time that our government stopped ignoring climate change and started doing its job. Sign this petition to demand Sen. Ted Cruz’s resignation for booking a tropical vacation while his voters freeze to death.

Vegan egg recipes you can make at home!