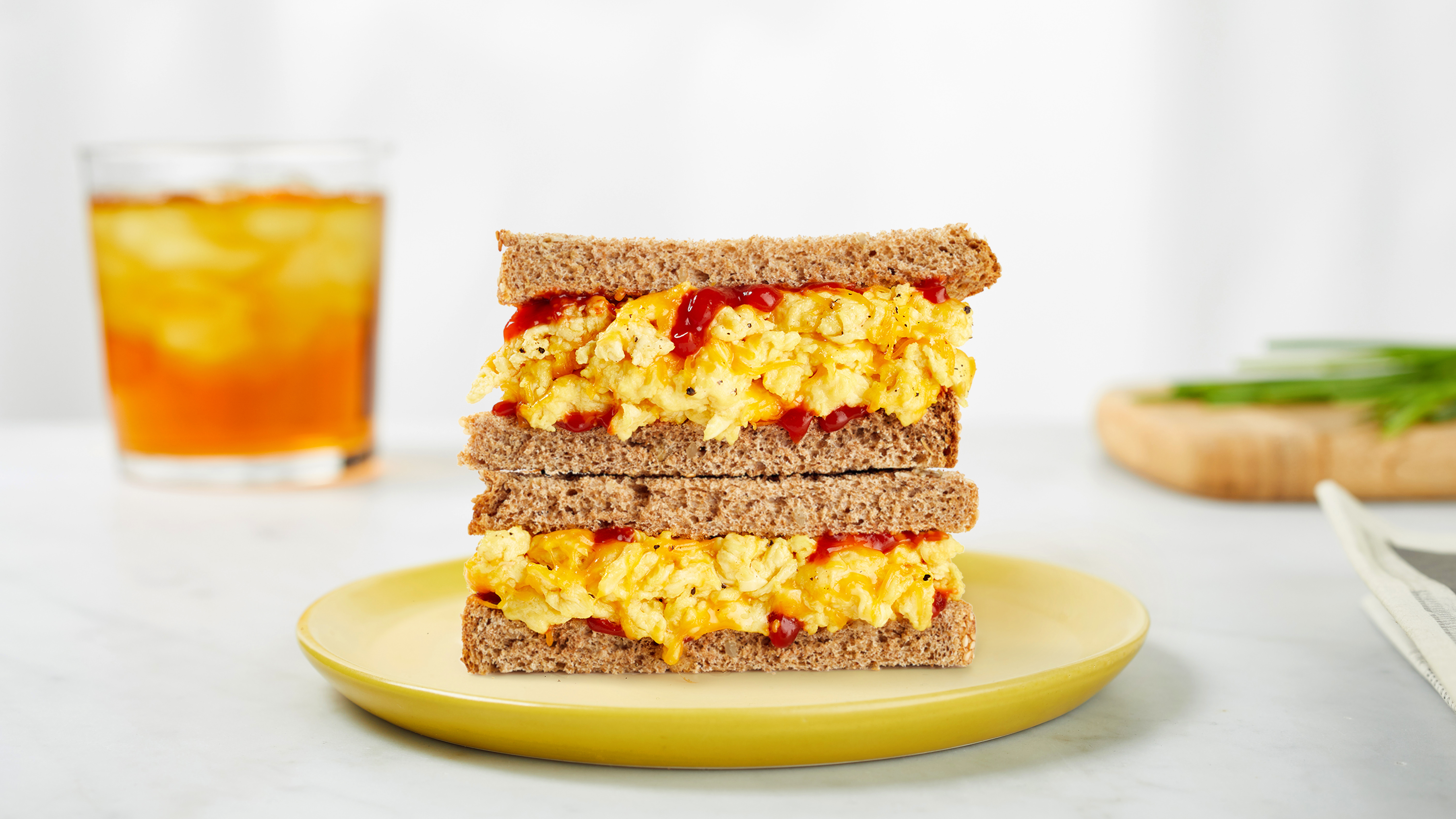 The vegan JUST egg is a plant-based egg substitute made of mung beans. It scrambles just like real eggs and can even be used to make egg-free omelets, breakfast sandwiches, and so much more! Basically, it can be used in almost every way you would use a traditional egg. It’s become quite the hit since it’s release. In it’s first week in stores, it outsold ‘real’ eggs becoming the top-selling liquid egg on the market.

It’s also become a popular and exciting plant-based addition to menus, both vegan and omnivore. Bareburger added the JUST egg to their menu in May. Other cafe and restaurant chains have also added the vegan egg to their menus. It just recently became available in supermarkets and grocery chains. It’s now available at Whole Foods and Sprouts stores!

Now, the vegan egg is available at Costco in bulk! This means customers can buy two packs of JUST egg bottles for the price of one. They are sold in a pack of two 12-ounce bottles at the price of $10, which is around the price of one bottle in most stores.

Until recently, only Costco stores in Southern California have been stocking the product, but it’s expanding to the Pacific Northwest. Hopefully, it will continue to expand to the rest of the country! This will give many people the opportunity to replace eggs in their diet without feeling like they have to break the bank to do so!

Make Your Own Vegan Egg Alternatives

Maybe you’re not very into the JUST egg product or just prefer to make your very own homemade egg substitutes. Well, you’re still at the right place. Check out these delicious recipes from the Food Monster App! 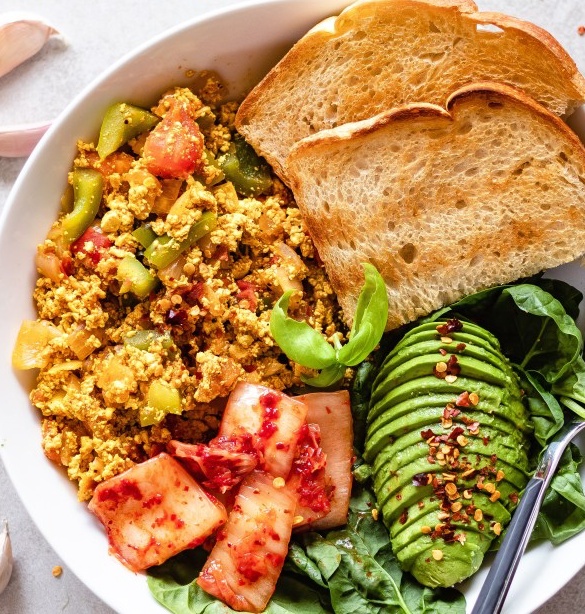 This 15-Minute Tofu Scramble by Lenny Wu is perfect! It’s chock full of amazing ingredients and it only takes 15 minutes to make! 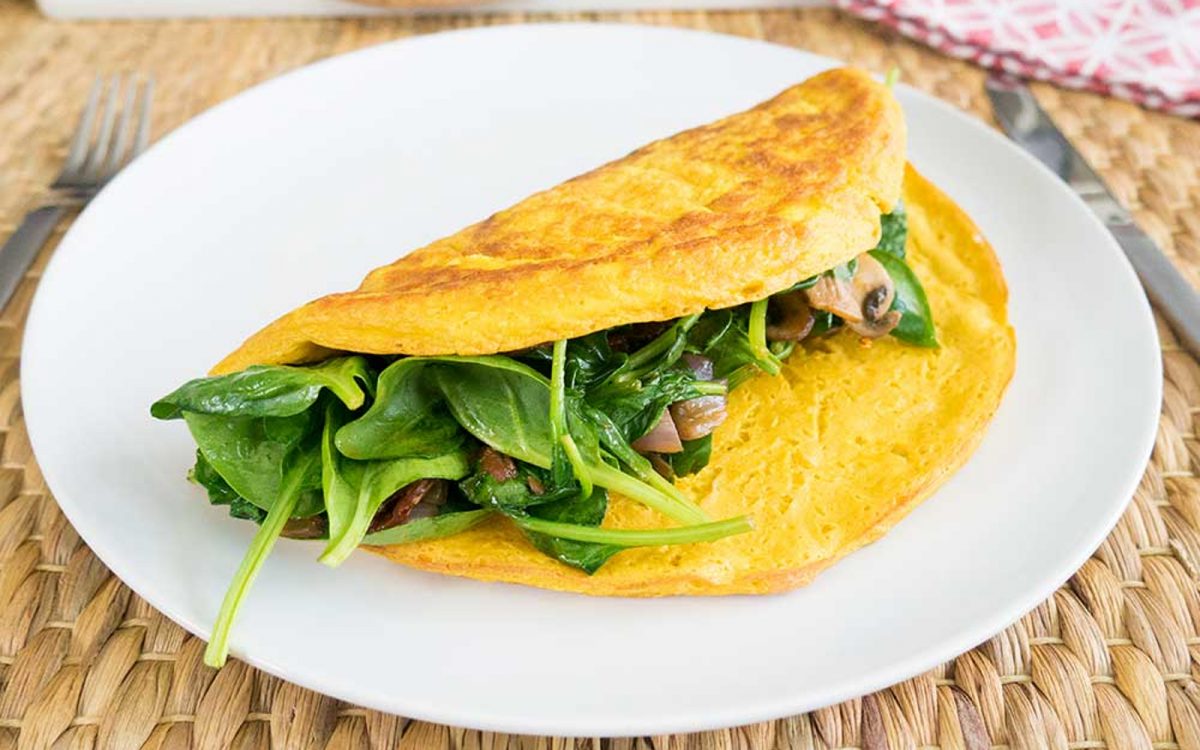 Getting plant-based protein at breakfast has never been easier or more delicious. This vegan Chickpea Flour Omelet by Philipp Ertl came out just the way it should be: Dense, almost crispy on the outside, and soft on the inside. The egg flavor was achieved with a combination of nutritional yeast and kala namak salt. You can buy kala namak salt (also called black salt) online and it lasts forever, as you only need to use it in small doses. It has a sulphuric taste, just like egg, but don’t overdo it as it would taste too intense otherwise. The natural sweetness of the sun-dried tomatoes with the earthiness of the mushrooms and spinach go together really well. A real breakfast for champions. Or a perfect after workout meal. 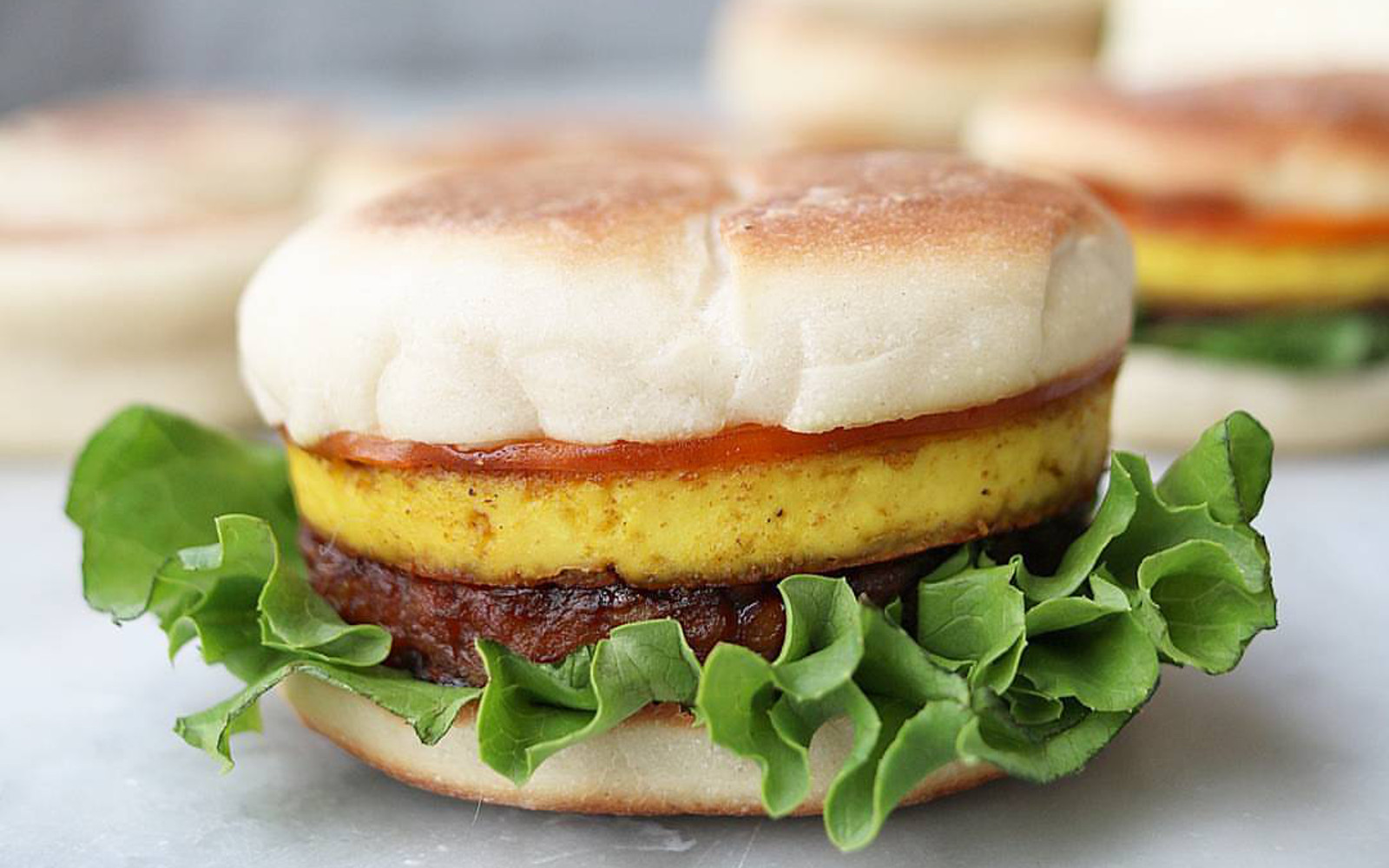 This Breakfast Sandwich With Tofu Egg and Tempeh Sausage by Victoria Rand and Christopher Bill is a veganized version of the classic sausage, egg, and cheese breakfast sandwich that puts its original counterpart to shame. The tofu egg is perfectly textured, colored with turmeric, and stacked on top of a savory piece of maple syrup-smoked tempeh, and then sandwiched between two homemade English muffins that are fresh out of the oven.