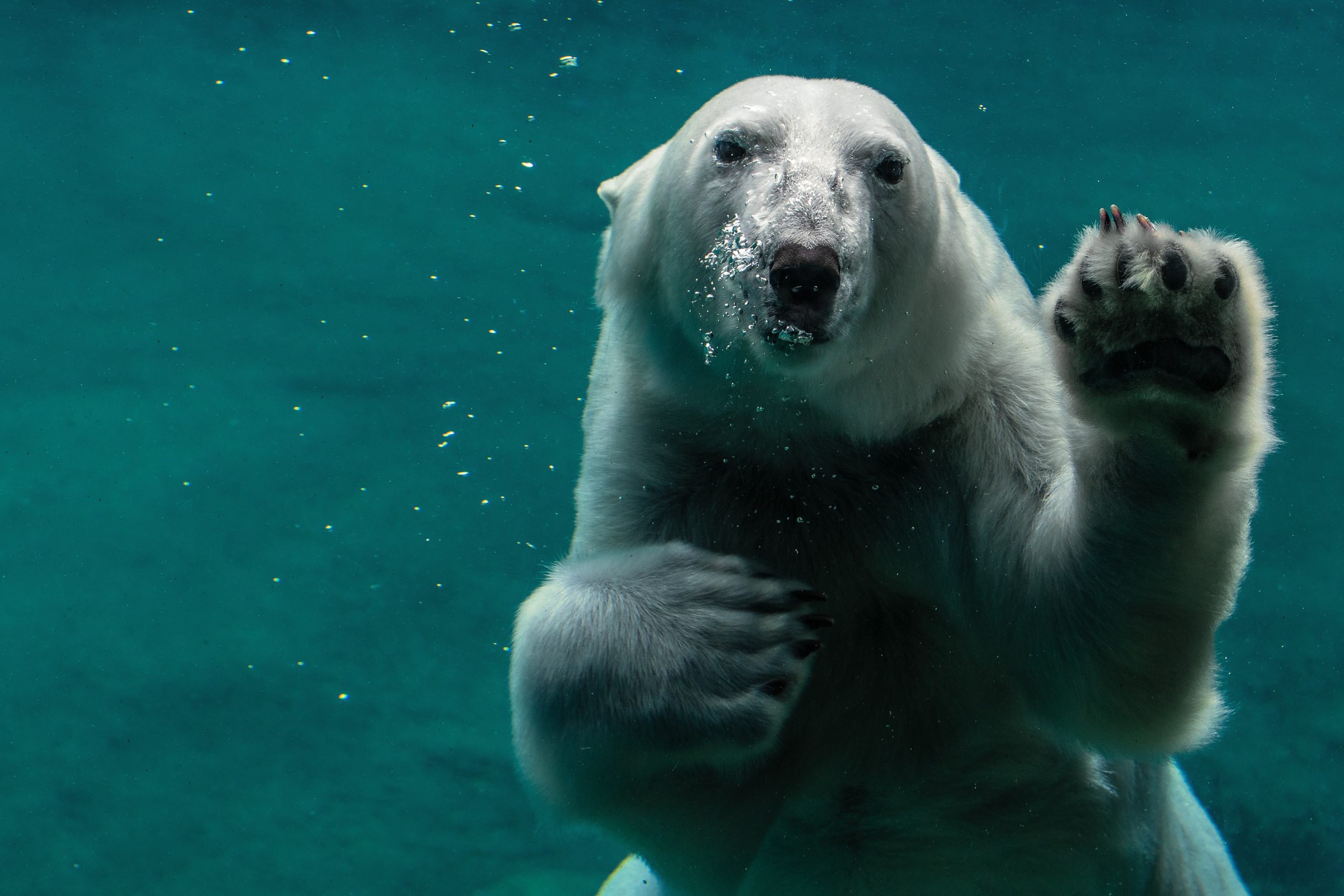 Photos of Alaskan polar bears fighting over a plastic jug were released by photographer Danny Sullivan last year. It’s yet another example of how plastic is affecting our world in a big way.

A family of polar bears plays at the edge of the waterway with a plastic jug filled with sludge. Some images show the bears with plastic in their mouth and attempting to eat it.

Sullivan was with his wife in Alaska as an assistant photography tour guide. He said of the photos and polar bears, hoping they will resonate with people and make them consider, “Wow, we really have to start changing the way we operate. Plastic rubbish has no place anywhere, but certainly not in wildlife hubs in Alaska.”

He said of the photo op, “The shots were taken in early October, in previous years that whole area would have been five foot under by then. They wouldn’t have had a chance to get to the plastic, it would’ve been buried. It was a good five degrees warmer than it should have been so the ice was actually starting to form at the end of the month, rather than the start. It shortens the window for the polar bears’ hunting season so it’s sure to have a knock on effect soon enough.

That’s not really the point though – the plastic shouldn’t have been there in the first place. What was a plastic gallon jug doing out here in far-flung Alaska? It just goes to show that what we’re doing is having an effect everywhere. Plastic floats. This could’ve come from anywhere and now there’s every chance one of these young bears has ingested it.”

Unfortunately, plastic has become commonplace in nature and in polar bear habitats. Watch this video for additional photos of polar bears finding and playing with plastic.

Read more One Green Planet news about how plastic has been harming marine life around the globe. Birds on the Midway Atoll in Hawaii are being choked by plastic, as are birds in the United Kingdom. A new study was recently published about manta rays in Indonesia consuming plastic at alarming rates.

Plastic waste is killing marine life all around the globe at an alarming rate, dead whales washed ashore with plastic in their stomachs have been found in the Philippines, Thailand, Spain and in more places that we can count! Not to mention, half of baby sea turtle population dies from consuming plastic! Sea Shepherd created an eye-opening campaign to draw attention to how plastic pollution impacts whales and dolphins. Plastic is also found in various land animals as well, like deers and cows.