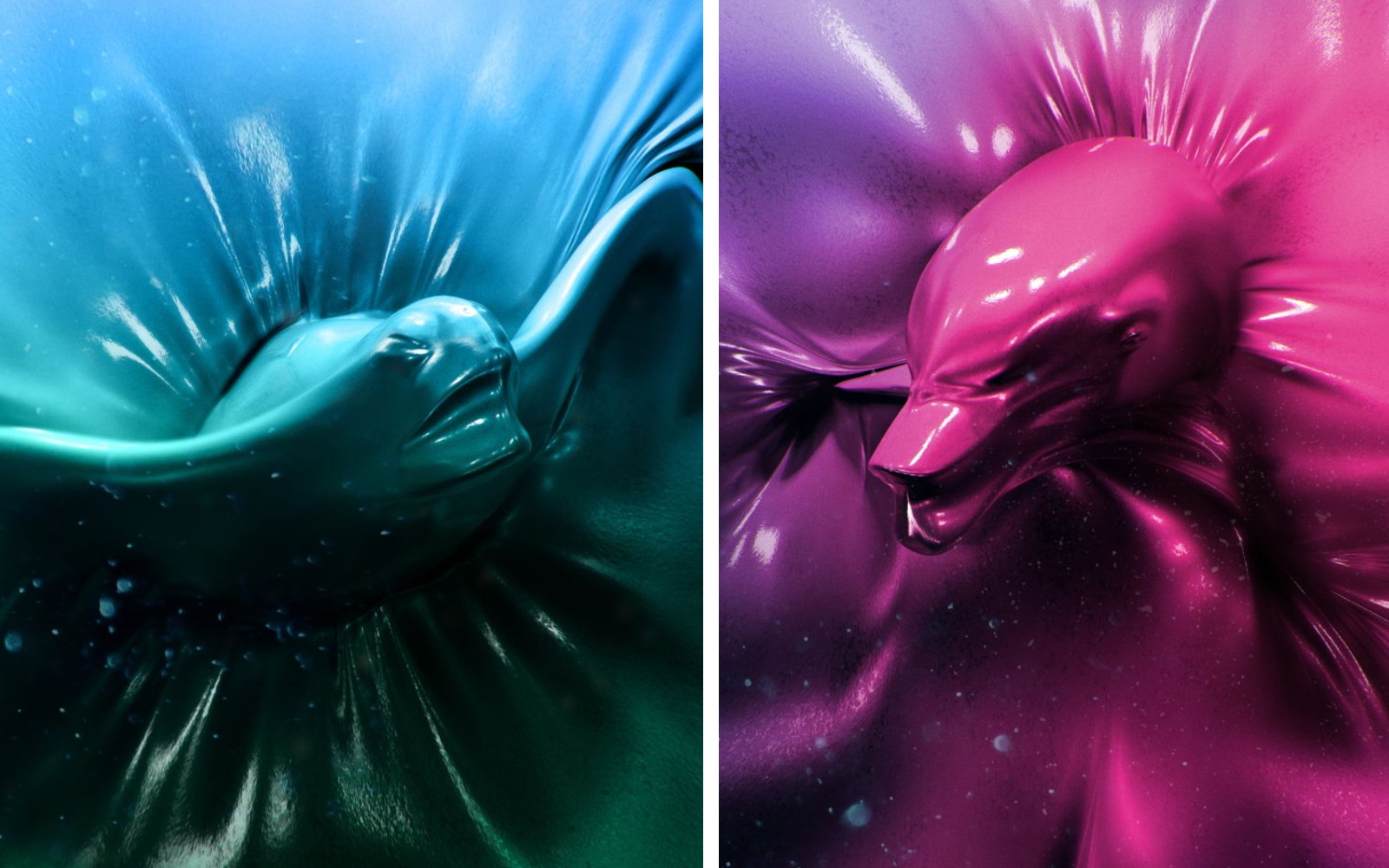 Sea Shepherd and the creative agency FF New York have teamed up to launch a new campaign to draw attention to the problem of plastic pollution. The project, “Plastic Ocean,” is made up of three stunningly designed visuals and a video that emphasizes the effect our plastic waste has on marine animals.

At first glance, the campaign’s visuals seem “dreamlike and colorful,” but they highlight the deeply disturbing reality of animals becoming trapped in plastic waste without a way to escape. 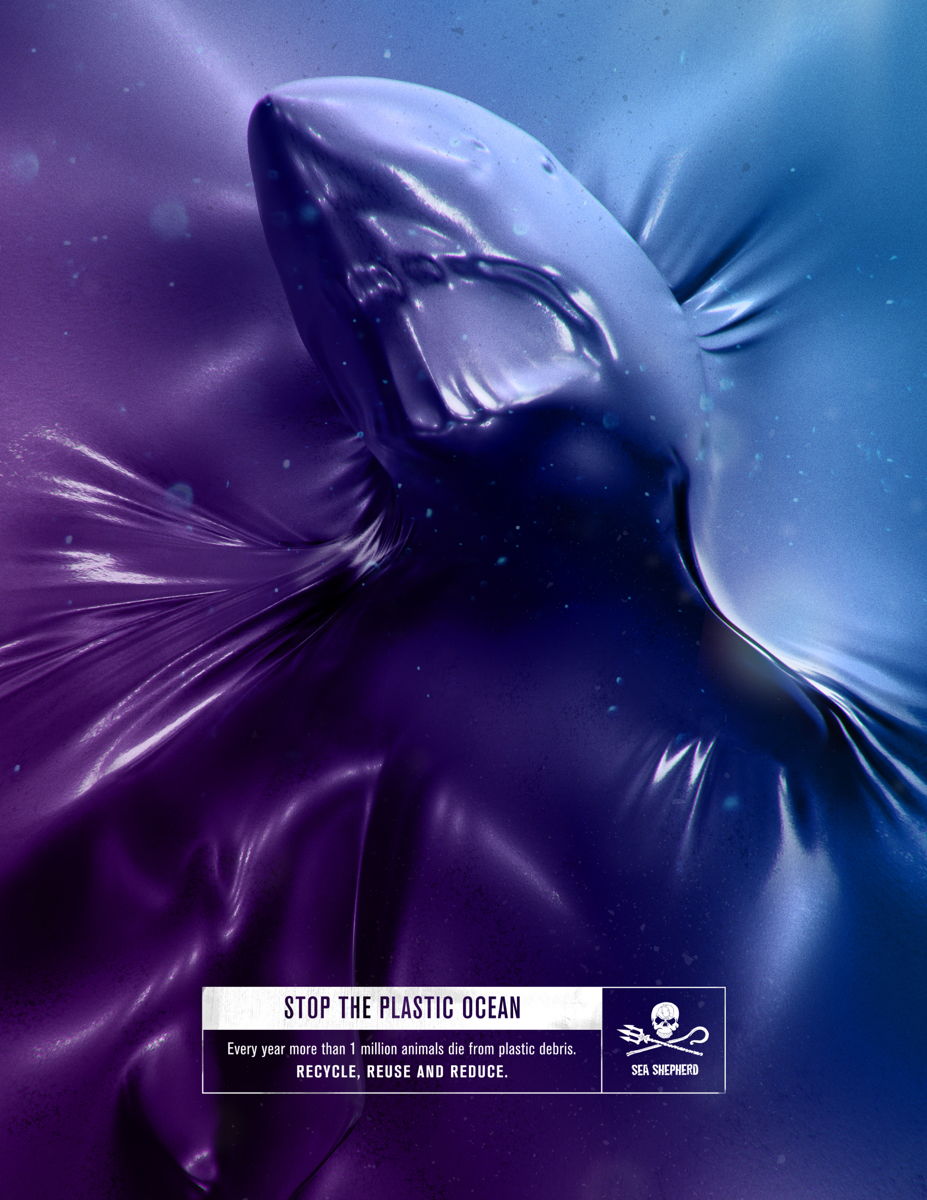 The organization’s goal was to create stunning images that could easily be shared on social media to bring this issue to the forefront of our culture. They also want to create a mindset of sustainable plastic use, especially for young people – Millennials and Generation Z. 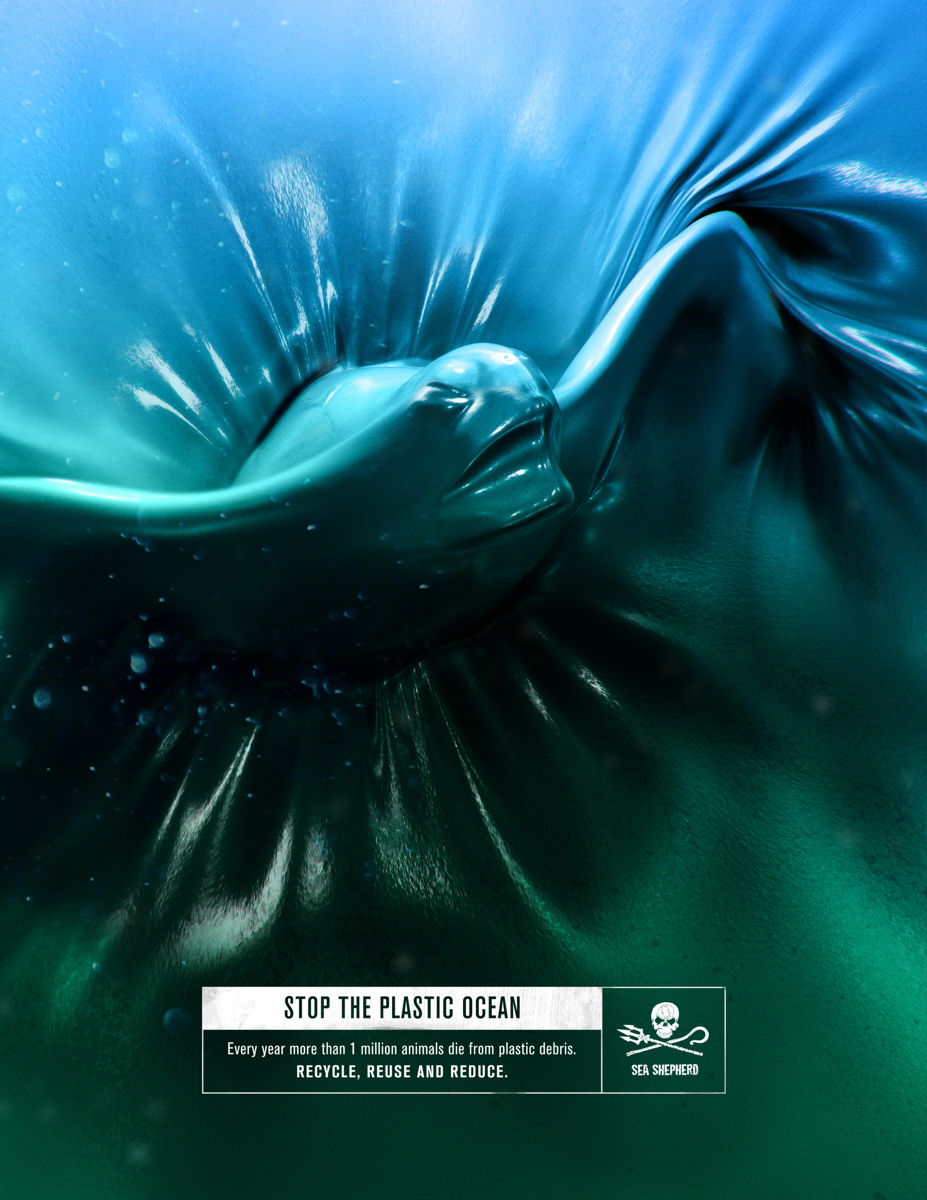 “The pollution of the oceans reaches new records every year with patches of plastic debris in the size of entire countries,” FF New York writes. “More than 1 million ocean animals are stuck in this Plastic Ocean and die each year because of this. Yet few people seem to be conscious of this scourge, which is a real danger to the biodiversity and the environment.” 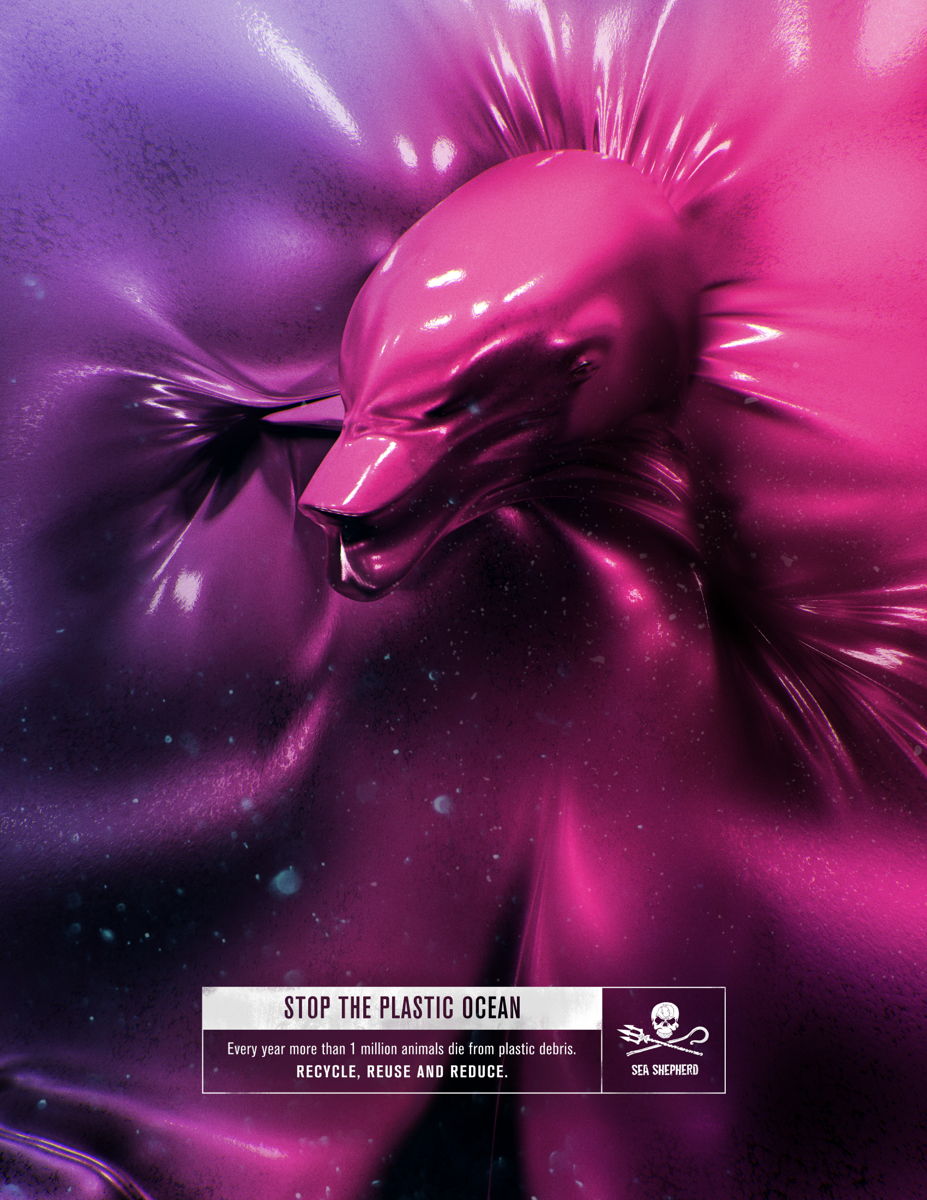 “Plastics are invading the oceans on an unprecedented scale,” said Captain Alex Cornelissen, CEO of Sea Shepherd Global. “Like an invasive species, it is wiping out ocean wildlife and taking over its habitat. Humans are to blame for the introduction of this most lethal substance and if we don’t stop its progress, soon the oceans will contain more plastic by sheer weight than all animal life combined.”

“But we can turn the tides, we can stop this invasion,” Cornelissen continued. “What we have caused, we now have to fix. Stop the production and use of single-use plastics. Together we can clean the oceans and together we can make sure that what we take out, stays out.”

Every year, over 8.8 million tons of plastic enter the ocean. This number is unimaginable, but together we can play a part in making it smaller. To find out how you can help the ocean by using less plastic in your everyday life, check out One Green Planet’s #CrushPlastic campaign!