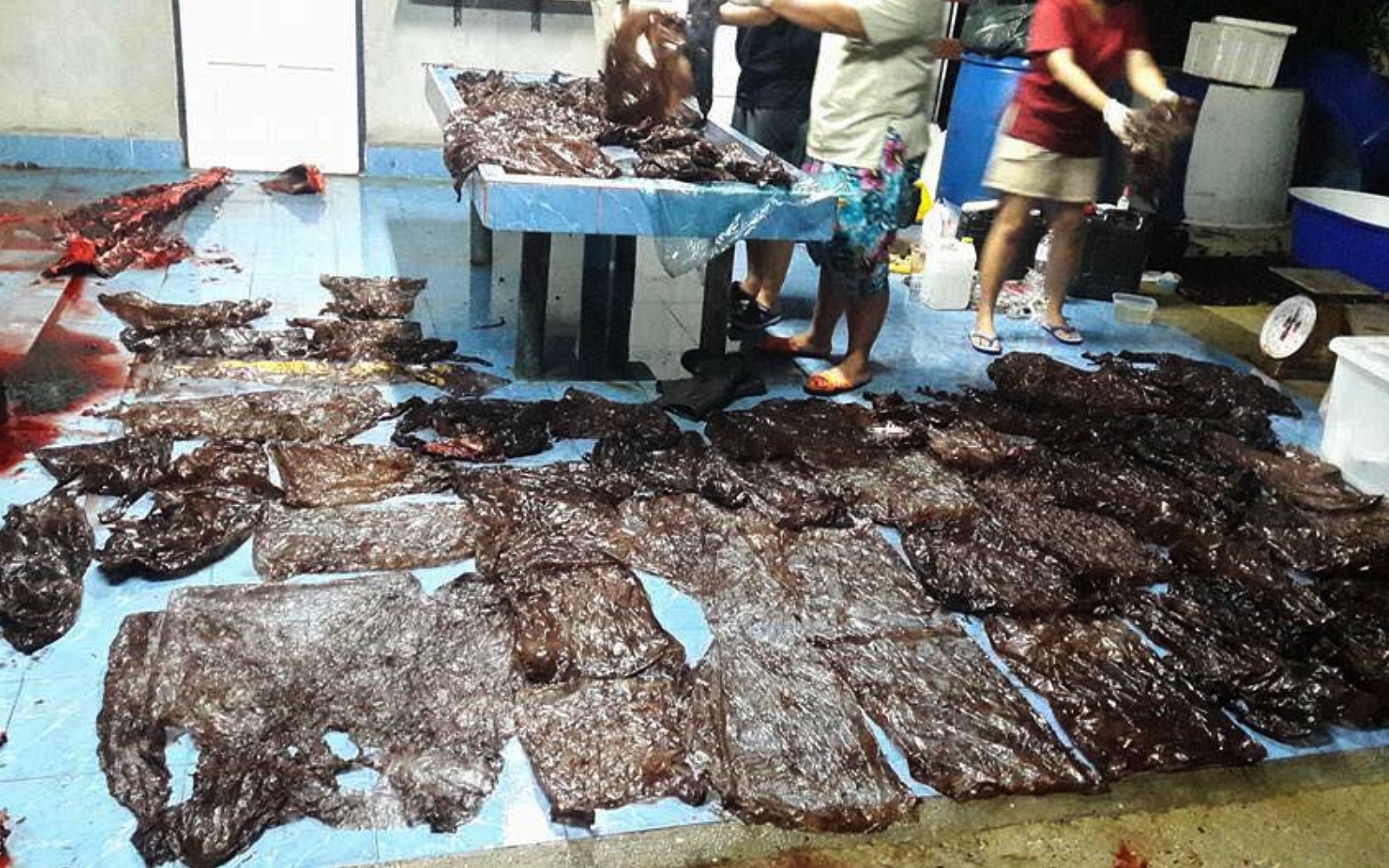 A pilot whale who was recently discovered in southern Thailand has died as a result of eating more than 80 plastic bags. The animal was found on May 28, 2018 in a canal near the border with Malaysia, suffering and clearly in need of help. Despite the veterinary teams’ best efforts, the animal passed away a few days later after vomiting up five plastic bags. It was soon discovered that a mass of bags had completely filled the animal’s stomach.

The country’s Department of Marine and Coastal Resources reported the shocking news on its website. The  photos of the material found in the whale’s body upon autopsy are truly staggering. 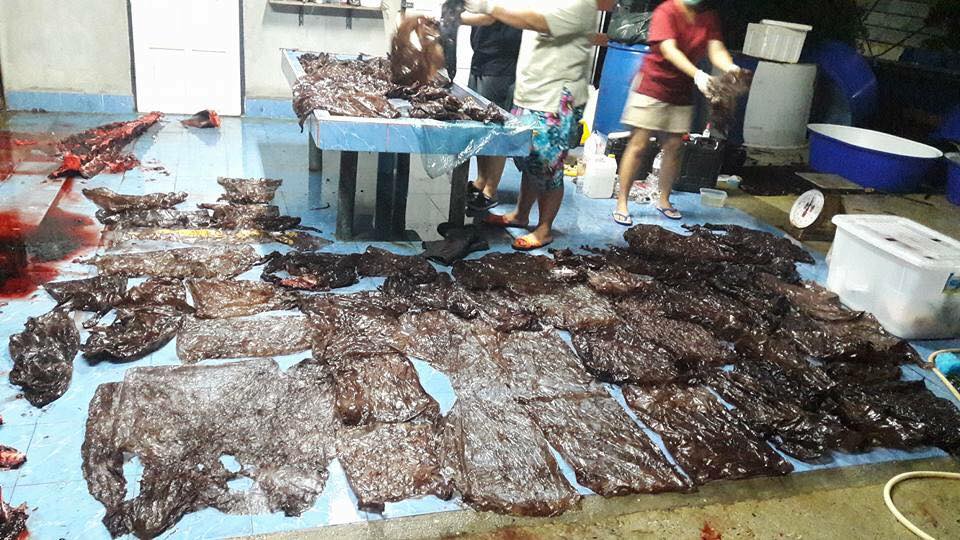 More than 17 pounds of plastic were removed from the whale’s stomach – including 80 plastic bags and other types of packaging. 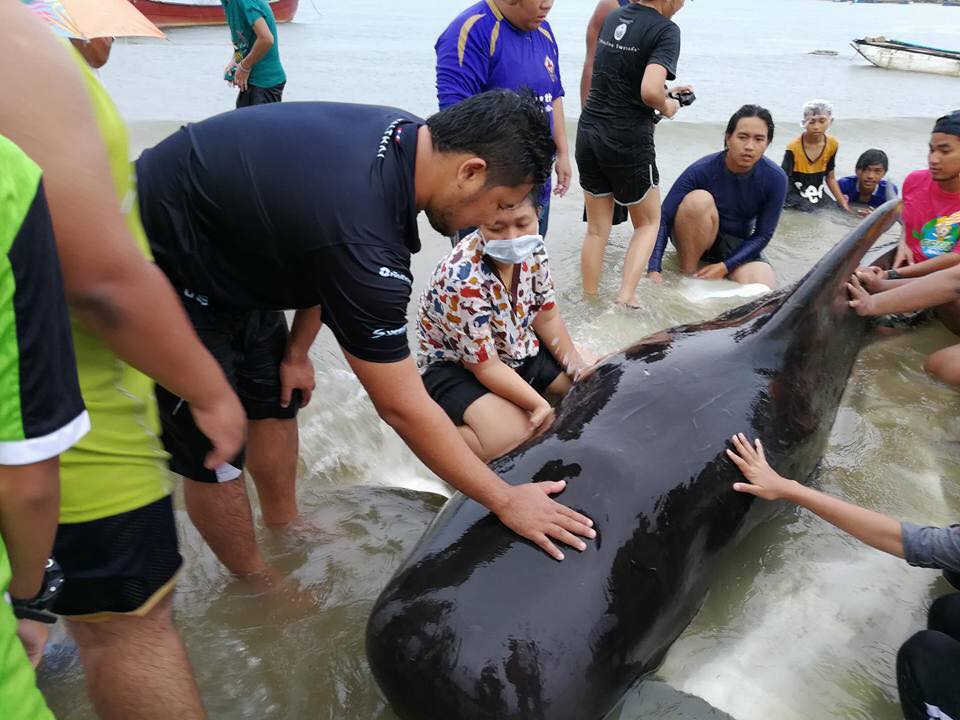 The department believes that the whale ingested the plastic after mistaking it for food, which, unfortunately, is a common occurrence for marine animals living in a habitat flooded with plastic waste. Marine biologist Thon Thamrongnawasawat told Agence France-Presse that the plastic stopped the animal from digesting food and made him unable to hunt – functioning with 80 plastic bags in the stomach is simply impossible.

According to the biologist, at least 300 marine animals die every year in Thai waters as a result of eating plastic. On Facebook, he emphasized that the whale could not be helped and it is our doing that made the tragic situation possible in the first place. He also pointed out our need to tackle the plastic problem and that the “clear solution” is limiting the sale and use of plastics while supporting eco-friendly alternatives. “It’s time for us to move forward,” he concluded.

Just a few months ago, a sperm whale was found dead on a Spanish beach after ingesting over 60 pounds of plastic waste. It is incredibly disturbing to see animals as huge, majestic, and seemingly untouchable as whales suffer and die because of something that is so clearly a direct result of our actions as humans – hopefully, it will also be sobering for all of us and will inspire even more action.

We can all make a major positive impact on the oceans by limiting our personal plastic usage. To learn more about how you can cut this harmful material out of your life, check out One Green Planet’s #CrushPlastic campaign!