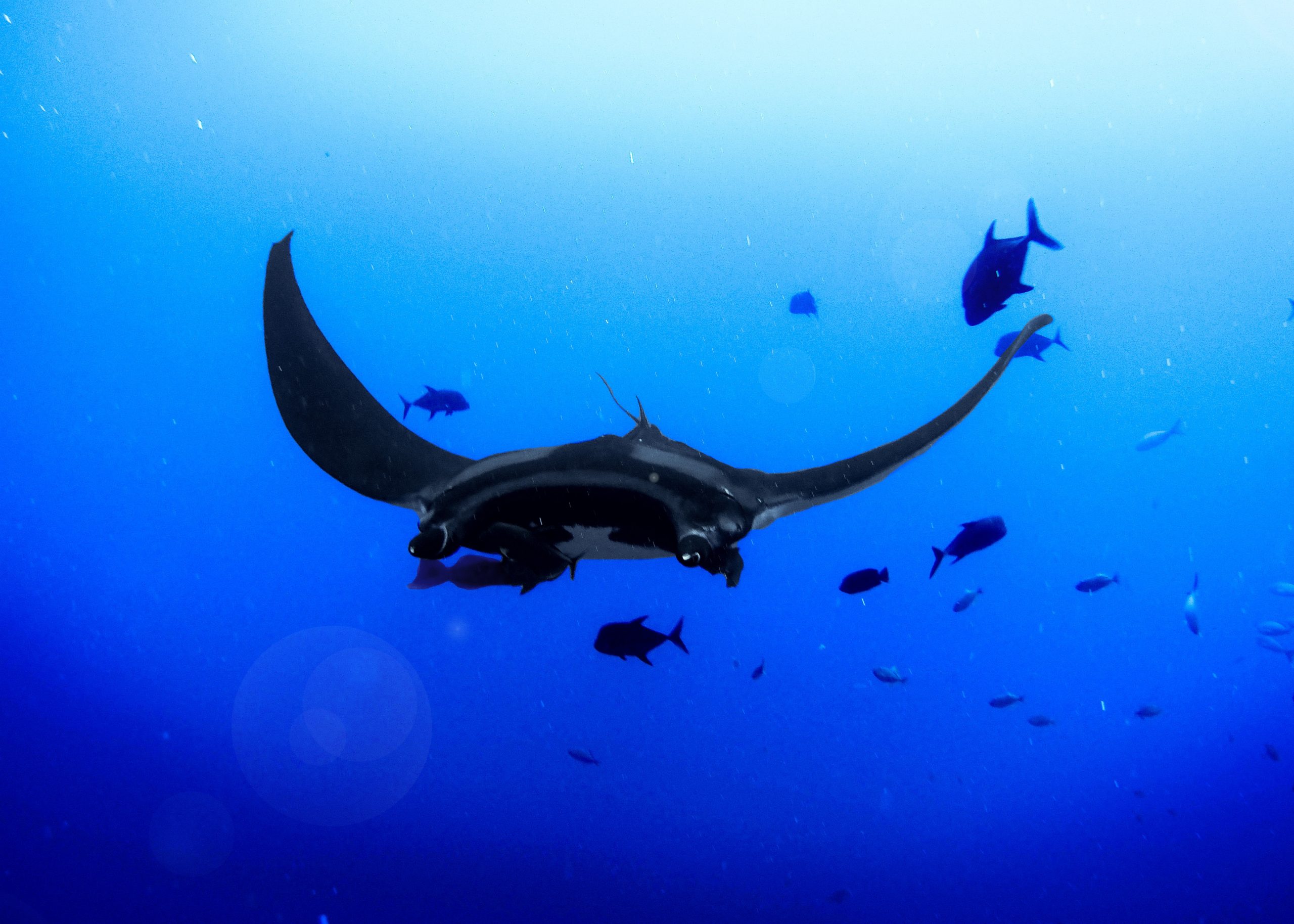 New research published has shown the amount of plastic in Indonesia’s manta ray and whale shark habitats. A study published in Frontiers in Marine Science, shows that these animals may be consuming 63 pieces of plastic an hour.

Plastic pollution has been wreaking havoc on our environmental systems, especially our oceans. As plastic gets into the ocean, it gets ingested by creatures that think it is food. The plastic also breaks down into microplastics that get into marine food chains. As this study reports, plastics can also contain and carry toxins including flame retardants, bisphenol A, and phthalates. Animals then ingest these chemicals along with the plastic.

Indonesia is the second largest contributor to ocean plastics globally. The country has also been in the news recently for accepting waste from the United States and Europe.

These researchers decided to study two famous Indonesian marine inhabitants, and threatened species, manta rays and whale sharks. To mimic feeding done by whale sharks and manta rays, the researchers dragged a net through water and collected the plastic caught by the net. They calculated the pieces using the amount of water a whale shark would filter. And the results are disastrous for these animals.

Manta rays could consume 63 plastic pieces per hour. In feeding areas for whale sharks, that number could be as high as 137 pieces each hour. The scientists also reviewed animal vomit and poop to review current plastic ingestion. Manta poop contained 26 pieces of plastic and vomit had 66 pieces of plastic.

Elitza Germanov, a marine biologist at the Marine Megafauna Foundation and Murdoch University, was part of the scientists team researching this problem. According to Germanov, whale sharks found dead in Brazil, Malaysia and Thailand have been found with plastic in their digestive systems.

This is dangerous for all animals, but especially for protected manta rays and whale sharks. Germanov said of the problem, “In other organisms, including fish, we know that exposure to some of the plastic associated pollutants can disrupt the regular functioning of the endocrine system, the system responsible for controlling growth and reproduction. As threatened species, neither manta rays nor whale sharks can afford to have any dips in reproductive rates.”

Read more One Green Planet news about plastic and birds, including Birds Living on an Island 2,000 Miles From People Are Dying From Our Plastic Pollution (VIDEO) and Sea Gull Population Greatly Affected Due to Ingesting Plastic Rubber Bands Mistaken for Worms.

There are products you may be using or habits you may have that contribute to plastic pollution. Learn more about how the use of Teabags, Cotton Swabs, Laundry,Contact Lenses, Glitter and Sheet Masks pollute our oceans so you can make more informed decisions going forward.