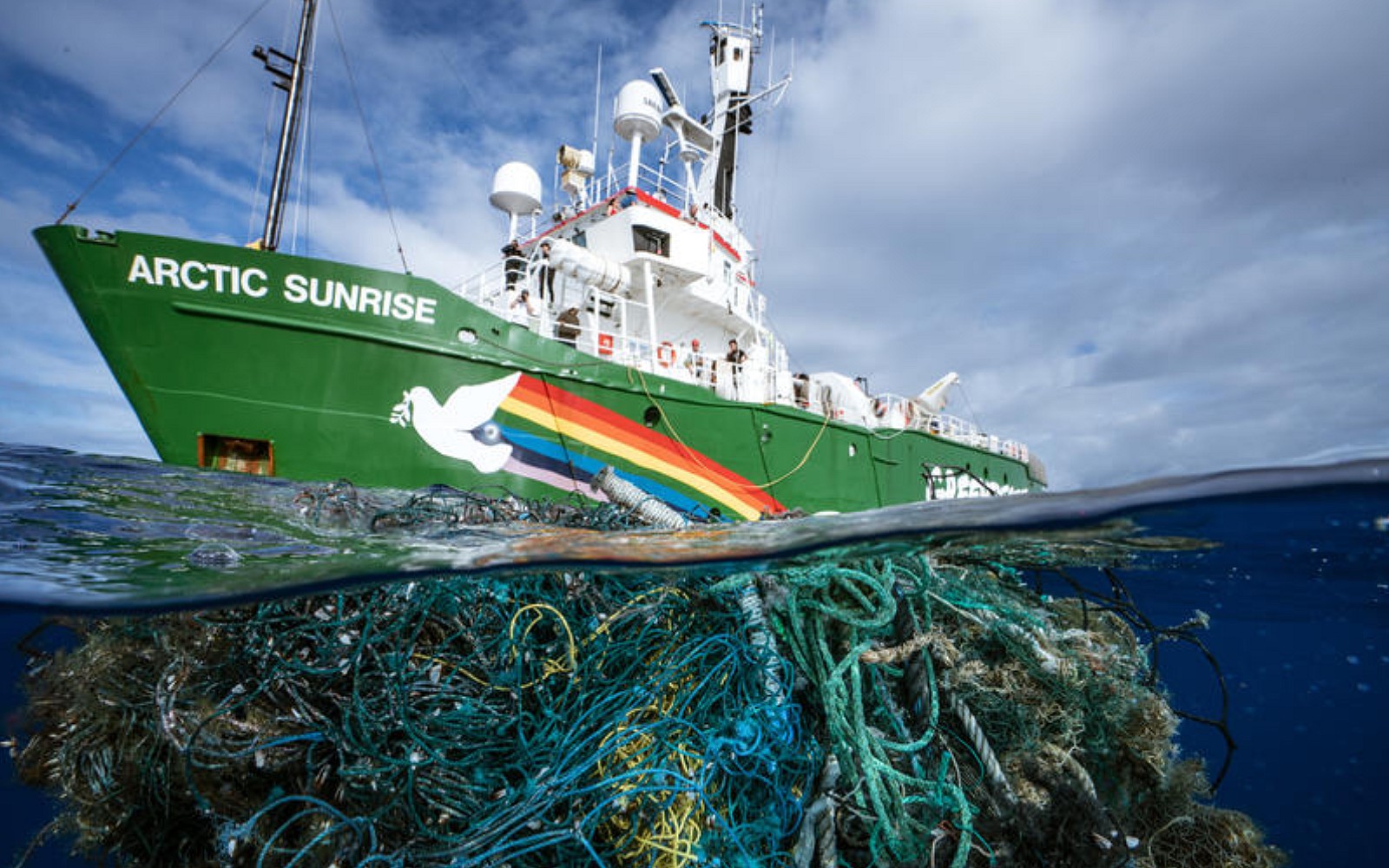 While news about countries taking action to limit plastic waste has been popping up left and right, a recent Greenpeace expedition to the Great Pacific Garbage Patch shows that much more action is needed.

Over the course of the expedition, the crew found eleven times more microplastic pollution in the massive gyre than had been previously discovered near major U.S. cities like Los Angeles, New York, Miami, San Francisco, and San Diego! Samples of the Garbage Patch collected by the team aboard the Arctic Sunrise ship contained an average of 508 microplastics. The organization also collected water samples which will now be tested for plastic microfibers.

In addition to microplastics, the team removed and identified several pieces of branded plastic trash from the patch, but the organization points out that the vast majority of the gyre looks more like “a soup full of plastics and microplastics.” Greenpeace audited branded plastics removed from the patch whenever possible and discovered a number of major brands such as Coca-Cola, Unilever, Pennzoil, and more making up the waste. One of the bottles found by the team was made by Chinese Petroleum Corp. which changed its name to CPC in 2007, making the bottle from the gyre at least 11 years old.

Coca-Cola and Unilever were also among the top ten brands  identified in Greenpeace’s Break Free From Plastic cleanups and brand audits on six continents. Coca-Cola was found to be the worst corporate plastic polluter with its packaging found in 40 of 42 countries overall. 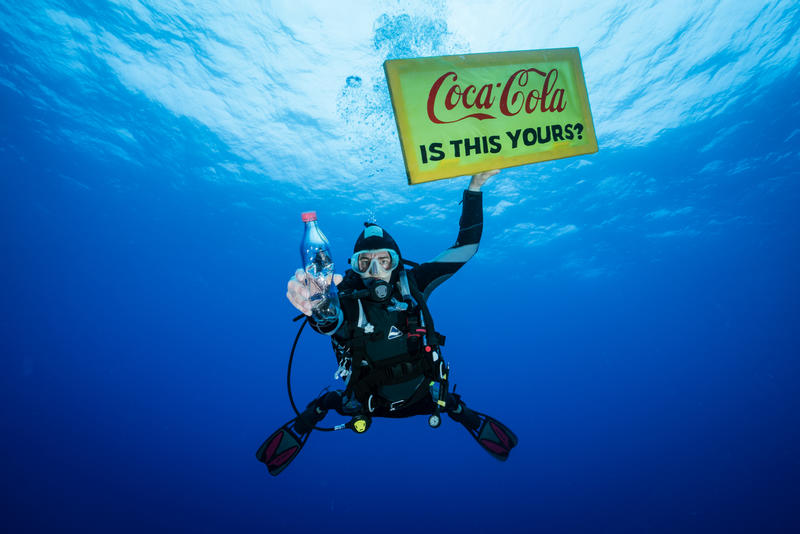 “It’s clear that we can’t just clean up all of the plastic in our oceans,” said David Pinsky, Greenpeace Oceans Campaigner. “While we frequently saw larger plastic debris, from bottles and fishing nets to bags and toothbrushes, the most numerous types of plastic we encountered were tiny microplastics that were pulled up by the hundreds using a special manta net alongside the ship. Corporations must be held accountable for this mess.” 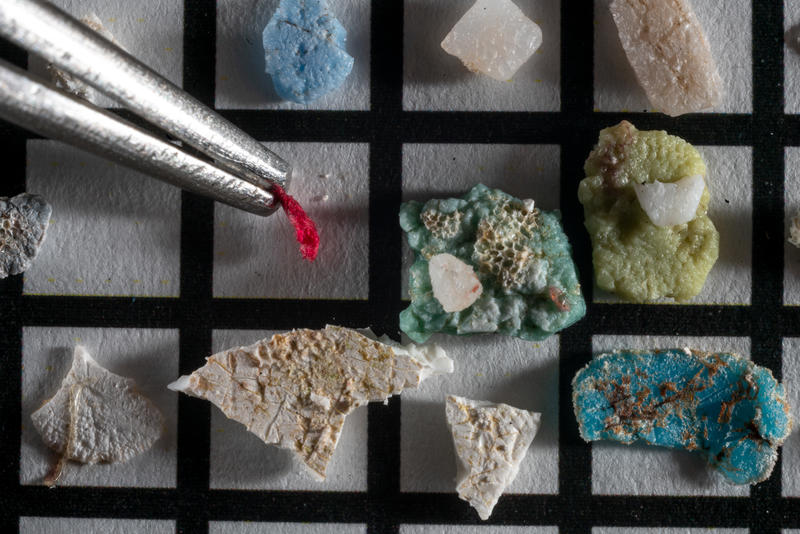 “There is no such thing as ‘throwing away’ plastic,” Pinsky continued. “The vast majority of it is not recycled, it’s ending up in our oceans, waterways, and communities around the world. Plastic doesn’t ever go away, it just fragments into microplastics that continue polluting our world for decades to come.” 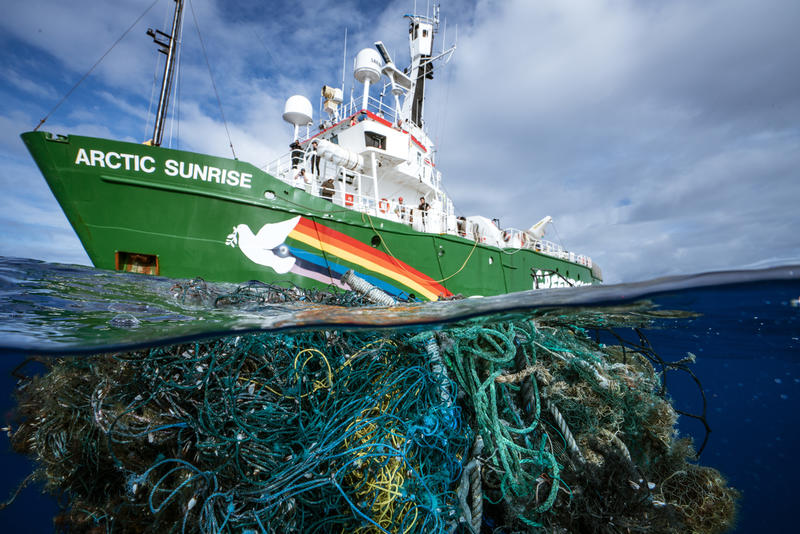 At the same time that Greenpeace was investigating the gyre, The Ocean Cleanup was in the midst of its effort to remove plastic from its surface. The initiative is a fantastic way to remove larger pieces of plastic from the area before they break down into microplastics. When it comes to tackling the issue of plastic waste, the change has to start at the root of the problem, which means we need to stop plastic from entering the ocean. To make that possible, Greenpeace is urging corporations, which are clearly at the core of the issue, to reduce and eventually phase out their reliance on single-use plastics.

To find out more about how you can be part of the change by changing your habits and switching to reusable options whenever possible, check out One Green Planet’s #CrushPlastic campaign.