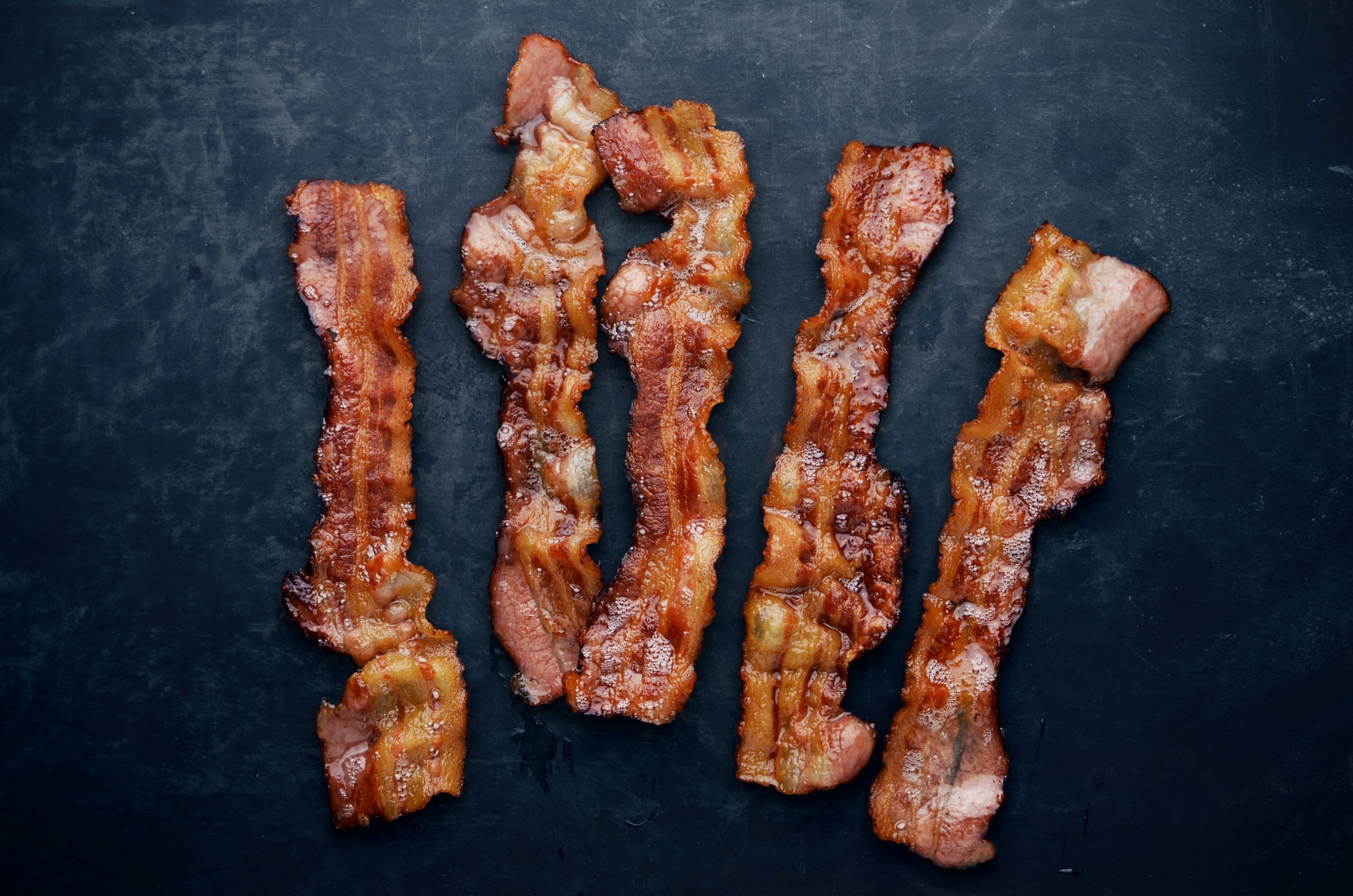 A report from the World Health Organization’s International Agency for Research on Cancer (IARC) has bacon lovers up in arms. And rightly so. According to the scientific findings of the organization, processed meats like bacon, ham, and sausage cause cancer. Specifically, consuming two slices of bacon can increase your risk of developing colorectal cancer by 18 percent. And the risk only increases the more you consume.

Given its high carcinogenic potential, processed meat joins the ranks of plutonium and alcohol as things that definitely do cause cancer in the IARC’s book. One association that has also been made it between eating bacon and hot dogs and smoking cigarettes. While it is impossible to make a direct comparison just as this one, there is no questioning that both of these practices are detrimental to your health.

And another similarity that these two things hold is the equally damaging effect that they have on not just humans, but the environment as well – leading to the conclusion that smoking and eating bacon are both terrible for you and the planet. Although, arguably, eating bacon is actually way worse where that’s concerned.

Bacon, Pollution, and You

Factory farms are known for the exorbitant amount of air and water pollution they produce, after all, when you cram hundreds of thousands of animals in extremely tight conditions … what else could you expect? But more than any other livestock industry, pig farms are responsible for a hog load of environmental destruction (no offense to the pigs).

It is a common practice to store all of the millions of tons of waste produced by pigs raised for bacon and other processed meats in open-air lagoons. These lagoons off-gas toxic compounds like ammonia, hydrogen sulfite, endotoxins, methane, carbon dioxide, and bacteria. Many of these chemicals are known to cause severe respiratory irritation, dizziness confusion, high blood pressure, and in some cases brain damage. Sounding familiar?

To make matters worse, the only way to get rid of this monumental amount of waste is by draining the lagoons and spraying it on neighboring fields. The toxin levels, antibiotics, and strains of antibiotic-resistant bacteria present in this slurry make it unusable for fertilizer. Sadly, when pig waste is sprayed onto fields, it’s absorbed into the ground and contaminates groundwater, spreading carcinogenic and harmful compounds to waterways.

So, while it might be shocking to learn that eating bacon can give you cancer when we look at the whole picture of the damage that this and other processed meats cause to even people who might not like or eat bacon … we can’t help but wonder what we’re doing to ourselves, the planet, and animals all for the sake of this novelty.

As the leading organization at the forefront of the conscious consumerism movement, it is One Green Planet’s view that our food choices are incredibly powerful tools in the fight against climate change. Rather than supporting an industry that is both destroying human health and the health of the planet, we can all start to heal the damage that has been done by shifting our support to sustainable plant-based alternatives.

By choosing to eat more plant-based foods, you can drastically cut your carbon footprint, and keep unnecessary agricultural pollution out of the air and waterways. With the wealth of available plant-based options available, it has never been easier to eat with the planet in mind.

Why bother with the risk of cancer or the incredible amount of environmental damage that is occurring as a result of bacon, when there is a better way … that also happens to be incredibly delicious?