We Need Root and Branch Change to Tackle Deforestation Head-On 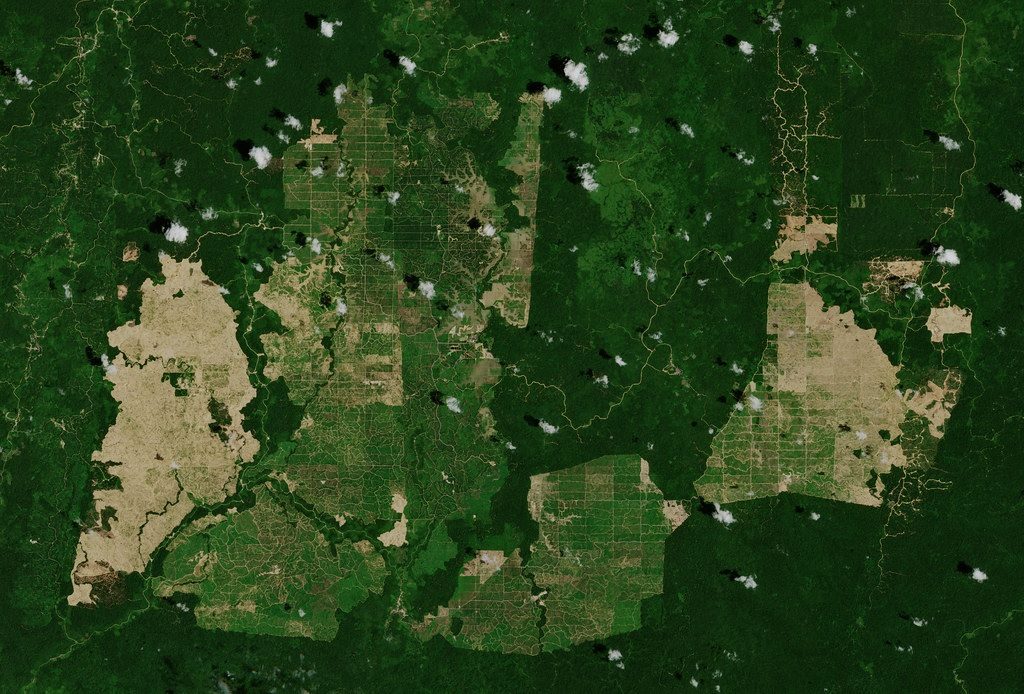 Many governments made grandiose commitments when addressing deforestation at COP26. Nonetheless, revelations from the start of 2022 show that the destruction and exploitation of these critical biomes continue apace.

There are many, often interlinked reasons why that’s the case. And we need root and branch change to tackle the problem head-on.

Global Canopy released its latest Forest 500 report in January. It shows that corporate inaction is a major factor in continuing deforestation.

The report tracks efforts to tackle deforestation by 500 companies and financial institutions involved in commodity trading via their supply chains or investments. The term commodities in this context refer to beef, leather, soy, timber, pulp and paper, and palm oil. Global Canopy says the expansion of such “commodity crops” is the “biggest driver of tropical deforestation.”

The organization found that a full one-third of the 350 companies it analyzed lacked deforestation commitments. And 72% of them didn’t have commitments covering all of the commodities in their supply chains at risk of contributing to deforestation. Meanwhile, Global Canopy’s analysis of 150 financial institutions found that 93 of them had no-deforestation policies covering investments and lending related to “key forest-risk commodity supply chains.”

Further recent findings also suggest companies could still be linked to deforestation even with commitments in place.

An investigation by the Bureau of Investigative Journalism (TBIJ), Greenpeace Unearthed, and Ecostorm has implicated the agribusiness giant Cargill in Amazon deforestation. As TBIJ pointed out, Cargill is a “major supplier of animal feed” made from commodities like soya and corn. It has “been repeatedly linked to farms engaging in deforestation,” TBIJ wrote, despite having deforestation commitments.

The investigation found that Cargill has previously bought crops from the farm Fazenda Conquista, with further deals underway. This farm is linked to “an estimated eight sq km of deforestation since 2013”, TBIJ said, with multiple fires there in 2020. Fires can and do occur naturally, of course, but human-lit fires to clear land are not uncommon. It’s unknown whether the farm has grown the exact crops destined for Cargill on a recently deforested part of the farm.

TBIJ reported that Fazenda Conquista’s management has said the local environment agency, Sema, gave it permission for a “controlled burn.” Sema confirmed that it gave some permissions for burning overgrown pasture, but “Brazil’s deforestation monitoring programme flagged the clearing in 2013 as deforestation”, TBIJ wrote, and Sema’s recent analysis “suggested that there had been deforestation on the farm.”

Cargill said: “We are committed to eliminating deforestation from our supply chains in the shortest possible time, and we are accelerating our efforts.” On the investigation’s allegations specifically, it stated that “If fire has been used and has impacted the native forest or any irregularity is confirmed, we will take the appropriate measures.”

Analysis by Brazilian NGO Instituto Centro de Vida, meanwhile, has pointed to another key determinant in deforestation: the rules surrounding it.

In 2006, a range of parties, including NGOs and companies, agreed to Brazil’s Amazon Soy Moratorium. The voluntary agreement committed its commodity trader signatories to shun soya grown on land subject to deforestation after 2008. Many have held it up as a success, but critics have warned that it is flawed. This is due to its focus on soya only and the fact that it doesn’t cover other important biomes in Brazil like the Cerrado savannah.

Instituto Centro de Vida’s analysis, which it shared with Greenpeace Unearthed, TBIJ, and Ecostorm, suggests that these were well-founded concerns. The analysis shows that over 1,000 sq km of Amazon forest destruction has taken place on soy farms in the last ten years. Unearthed explained that this destruction happened “to grow other crops or provide pasture for cattle ranching.” And as the moratorium doesn’t cover deforestation related to these activities, it did little to stop the trade in soya from these farms.

Deforestation from the top

The exploitation of loopholes in rules isn’t the only governance issue, though. Generally, of course, lawmakers set the rules. So governments can contribute to deforestation via the legislation they put in place. Brazil is a case in point. As Mongabay has highlighted, under president Jair Bolsonaro, the country has seen “a weakening of environmental protections.” This year is no exception, with TBIJ recently reporting that “Bolsonaro supporters are now pushing to vote through at least five pieces of legislation that would directly threaten forests, their peoples, and, ultimately, the future of the planet.”

Governments in non-tropical countries continue to greenlight forest and woodland destruction too. A controversial rail line called HS2 is underway in the UK. If fully realized, it will destroy or damage over 100 ancient woodlands and many more wildlife sites. Meanwhile, companies are felling forest trees in the US and Europe to create wood pellets for the bioenergy industry.

Global Canopy made recommendations in its Forest 500 report to help overcome some of these issues. It called for businesses to set strong deforestation commitments and urged governments to implement legislative frameworks that ensure the private sector takes action.

But deforestation is arguably also a systemic problem. That’s because it’s happening to feed an economic system devoted to limitless growth, and a system with growth as its defining principle, in which rich countries are the main beneficiaries, encourages ever more production and consumption.

Commenting on this, Global Canopy’s Forest 500 lead, Emma Thomson, said: “The way in which we use land is critical for climate change, and growing consumption creates growing pressure for agricultural land, often linked to human rights abuses for Indigenous peoples and local communities in particular.” Highlighting that we feed most soy to farm animals, she also said, “it is not just about how much we consume, but also about what we eat, and how and where it is grown.”

But Thomson commented that “good land management, planning and governance” can protect forests and that it “is crucial is that commodity-supply chains are free from deforestation, conversion, and associated human rights abuses.”

The Climate Alliance’s Thomas Brose also told One Green Planet that deforestation is “closely linked to the consumption of various products.” The Climate Alliance is a network of European municipalities and districts. Its members promote climate action within their jurisdictions and partner with indigenous organizations in the Amazon.

Brose highlighted that soya production in large areas of Brazil and elsewhere feeds “industrial meat and milk production in Europe.” He also asserted that the European climate policy that mandates the addition of vegetable oil, namely palm oil, to fossil fuels “contributes to deforestation.”

The Climate Alliance executive implicated the “excessive consumption” of numerous commodities, including coffee, cocoa, and indeed drugs like cocaine, in deforestation and “the increase of violence in rainforest areas.” Brose asserted that demand for resources “thus contributes decisively” to deforestation and threats indigenous peoples and their territories face. He concluded that: “Without reducing the demand for raw materials obtained through deforestation and strengthening sustainable production methods such as agroforestry, we will not achieve a significant reduction in deforestation.”

Deforestation is an issue of extreme importance when it comes to climate and biodiversity crises. But as the comments from both Brose and Thomson show, it’s also a human rights emergency. Many of the forests under attack are home to indigenous peoples and local communities. Indeed, their protection of these forests is in no small part the reason why trees are still standing.

So we need to tackle the scourge of deforestation on both human rights and environmental grounds. But we need root and branch change at the corporate, governmental, and societal levels to deal with the problem head-on.