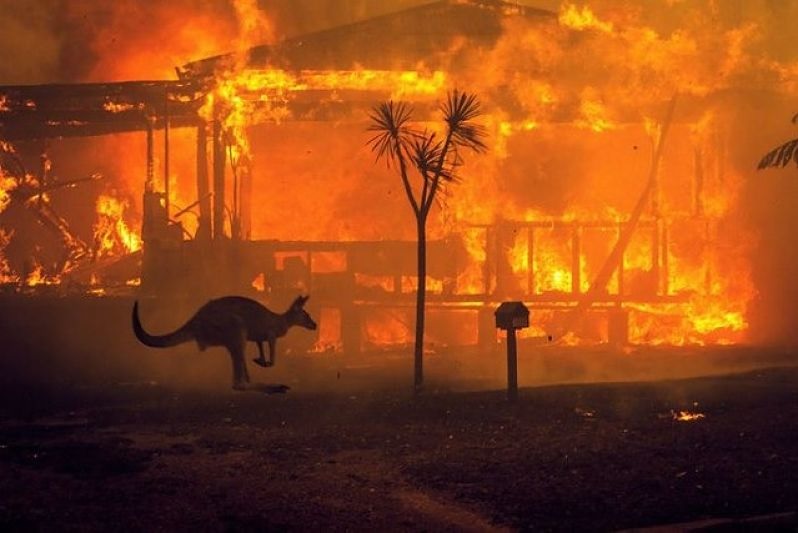 Scientists from European academies have released a Commentary report that urges world leaders to treat the climate and biodiversity crises like the interlinked emergencies they are. The Commentary calls for global authorities to take concerted action to deal with these crises as one, equally urgent calamity.

The call from the European Academies Science Advisory Council (EASAC) comes ahead of two major international events. The virtual start of the UN Biodiversity Conference (COP15) will take place between 11 and 15 October. COP15’s in-person events are happening in April and May 2022. After the online events for COP15, the UN Climate Change Conference (COP26) is set for 31 October to 12 November in Glasgow.

The fact that global decision-making on these deeply interconnected crises will happen at two separate events illustrates the European scientists’ point perfectly.

No light between them

In its Commentary, the EASAC illustrates how the two crises are intimately linked. It states, for example, that the destruction of tropical forests to make way for agriculture “reduces biodiversity at the same time as releasing stored carbon, reducing carbon uptake in the land and increasing emissions of other greenhouse gases.” The climate crisis itself can also turbocharge forest destruction, as the intense wildfires around the world in 2021 have shown.

Equally, the loss of biodiversity can limit the land’s ability to uptake carbon. Elephants, for example, are known as ‘mega-gardeners’ because their activities, namely eating, traveling, and pooping, cultivate forest and savannah landscapes. In short, they help to create the very ecological spaces needed for carbon sequestration (storage) in the land. So losing elephants and the biodiversity on which they depend can worsen the climate crisis.

The EASAC Commentary further points out that climate crisis-driven warming and acidification of the ocean are reducing its capacity “to absorb and remove CO2 from the atmosphere, while shifting or degrading ecosystems” and the lifeforms contained therein. Like elephants, whales are one of humanity’s greatest allies when it comes to storing carbon. So, as with the land, the loss of ocean biodiversity can inhibit its ability to assist in tackling the climate crisis.

EASAC’s Environment Programme Director Michael Norton commented: “Biodiversity loss and dangerous Climate Change potentiate each other in their disastrous consequences. It’s a vicious circle not only leading to extreme weather but also collapsing food systems, and increasing risks of dangerous pathogens, zoonoses and other health impacts.”

The interrelated nature of these crises, however, also means that their solutions are linked too. So, as already noted, protecting species can assist in lowering carbon levels in the atmosphere. It’s not just large charismatic species like elephants and whales that are important either. Preserving as much of the web of life as possible matters because it is deeply interdependent too.

Robust ecosystems can also help to protect people and other animals from the impacts of the climate crisis, such as droughts, floods, and wildfires. Meanwhile, as Norton’s comments suggest, protecting biodiversity and restoring habitats for species can help to limit people’s exposure to existing and emerging diseases.

In the Commentary, the EASAC effectively provided a ‘to-do’ and ‘not-to-do’ list based on its research from the last decade regarding the environment, biosciences, and energy. This guidance could assist policymakers at the upcoming events to “deliver a new, more integrated and coherent framework for addressing biodiversity loss and climate change together.”

The academies, for example, note that protecting and restoring forests, wetlands and grasslands are the most effective solutions for removing CO2 from the atmosphere, avoiding further greenhouse gas emissions, and reducing the decline of biodiversity. In line with a previous UN report, they name agriculture as the primary driver of the destruction of natural spaces.

Connected to this, the Commentary highlights that a “global dietary shift towards more flexible diets and plant-based foods would reduce pressure on soil, forestry and fisheries resources.” It adds that such a shift could reduce greenhouse gas emissions by between 25% and 60% by 2050.

The Commentary also addresses how economic systems need to evolve. It calls for “environmentally and socially sustainable economic models” and the replacing of “gross domestic product [GDP] with measures that include socio-ecological, human health and well-being factors.” Norton said: “The GDP-based economic system in which fossil fuel, food and agricultural interests are driving up CO2-levels, deforestation, land clearing and over-fishing is no longer fit for purpose if atmospheric levels of greenhouse gases must be cut in as short a period as possible.”

Two reports from the UK this year – one commissioned by the government and another written by a parliamentary committee – have called for similar changes due to how unsustainable capitalism and its measures like GDP are proving to be.

The climate crisis – and the biodiversity crisis to some extent – is largely a result of the burning of fossil fuels for energy. As such, the Commentary makes a number of points about the necessary energy transition away from fossil fuels.

It noted that “governments continue to subsidise fossil fuels and other environmentally harmful practices such as overfishing, and to invest in damaging activities that undermine, rather than protect, natural capital.” So moving away from a subsidy system that rewards environmentally damaging activities, such as fossil fuel production, is essential. The Commentary’s key messages list also addresses the need to slash “emissions in transport, buildings and infrastructure.”

The EASAC further points out that some of governments’ and corporations’ favored ‘solutions’ to the crises, such as carbon capture and storage (CCS), cannot be relied on to contribute substantially to these emergencies’ resolution in the near future. Bioenergy, namely the burning of trees for energy, and the capture and storage of these biofuels’ carbon emissions (BECCS), is a prominent example of these favored solutions. But the Commentary argues that there are “many cases where the combination of the type of forest biomass harvested and its use causes harm to biodiversity while also failing to deliver climate benefits.” So it calls for global efforts to ensure that any use of forest biomass “meets climate and biodiversity objectives.”

Tipping points, and a warning about overly focusing on them, also featured in the Commentary. Norton explained: “The focus on tipping points creates an image of relay points up to which climate change can be seen as ‘safe’. However, not only do different tipping points interact with each other and increase the dangers, but the underlying linear trends such as temperature and humidity are serious in their own right.”

Overall, the scientists are calling for transformational change, in relation to land use, diets, economic systems, and more. Critically, that transformation needs to start with how global authorities approach these crises. As the Commentary highlights, the climate and biodiversity crises are mutually reinforcing, so “satisfactorily resolving either issue requires consideration of the other, in contrast with previous policies largely tackling the problems of climate change and biodiversity loss independently.”