Earth Day 2020: 10 Victories for Nature in the Time of Coronavirus That We Should Learn From 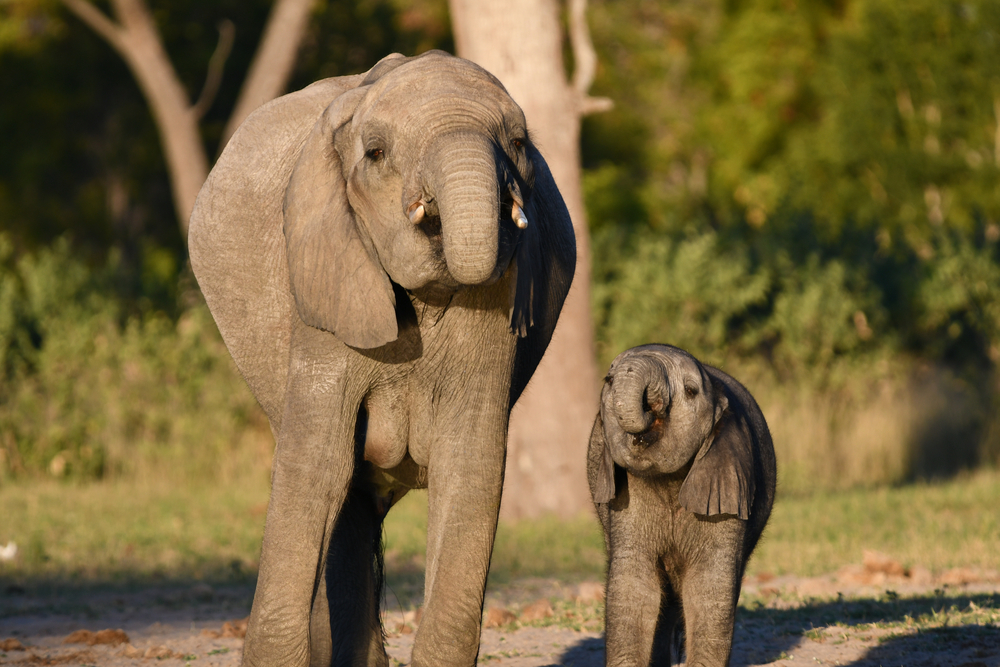 This Earth Day, humans have to celebrate indoors and keep their distance from each other. We’re living through a pandemic, but there are still things to celebrate. Being on lockdown is good for humanity because we are flattening the curve and stopping the spread of the coronavirus, but it’s also proven to be good for nature and animals. The animals and the planet have been given a chance to breathe and reset without people around. We put together 10 amazing recent victories nature has had to celebrate this Earth Day!

In East India, sea turtles have been able to peacefully head to the beach to lay their eggs with less humans around and with less pollution. This would be fantastic news even if sea turtles weren’t endangered, but they are, making it an even bigger deal. They are victims of slaughter for meat, habitat destruction, plastic pollution, and cruelty. But recently, they’ve successfully laid 60 million eggs in East India!

Elephants in India are also benefitting from humans being on lockdown. In Kerala, elephants won’t be forced to participate in traditional festivals held in March and April. Elephants used in parades are often undernourished, mistreated, and put through terrifying ordeals like an elephant named Tikiri was. Therefore, it’s good news that elephants in India are getting a break.

A woman named Debbie Ellis shared the video above one Facebook and said “the lambs are getting there once a day exercise in.” The adorable video made people around the world smile. But more importantly, it was so nice to see animals enjoying themselves so freely.

One of the most amazing things to happen on the planet with humans on lockdown is the exploration and freedom of wild animals. Civets were seen walking the streets. A Chital (spotted deer) was running around in India. Elephants were also roaming the streets. It’s a great way for people to see how these animals can flourish and interact with the world more freely with humans not taking over and assuming dominance. They are our fellow species who we share this earth with and they shouldn’t be forced into lockdown always for us to have a certain way of life.

Because of decreased factories, cars, and emissions during the quarantine, associated levels of particulate matter also declined. According to reporting by CNN from China’s Ministry of Ecology and Environment, the number of “good quality air days,” increased by 21% on average in Hubei province. Even if we don’t enjoy being on lockdown, we are at the very least giving the planet a chance to breathe again.

Animal shelters and rescue organizations around the country have had to cancel adoption events and volunteers cannot go help. Therefore, they’ve been asking people to please foster or adopt. Many people have done so including celebrities Miley Cyrus and Antoni Porowski! The Animal Friends Humane Society in Hamilton, Ohio was even nearly cleared out thanks to the amazing families who recently decided to foster and adopt pets!

Due to national lockdowns caused by the coronavirus pandemic, 21 bullfighting events in Spain were canceled, saving the lives of 120 bulls. Bullfighting is a bloody sport that makes a spectacle of torturing and killing animals. While a permanent ban is necessary for this cruel “sport,” even a temporary halt is good news.

8. Bans on the Wildlife Trade

Conservationists, animal rights activists, and many have been pushing for a ban to the international wildlife trade. Coronavirus was transmitted to a human via the wildlife trade, so this pandemic has really put into perspective just how necessary it is to ban this cruel industry. Some countries temporarily banned the wildlife trade, but in a huge victory, Vietnam Banned the Wildlife Trade!

Businesses are closed and people (who are not essential workers) need to stay home as much as possible to flatten the curve and prevent the spread of the coronavirus. Animal shelters are gravely affected. Adoption events were canceled and volunteers cannot come in and help as usual. Shelters urged people to foster and adopt to help out. In fantastic news for shelter staff and animals, New York saw a huge Increase in Animal Foster Applications!

The animals at Yosemite National Park are living their best lives with the humans at a distance. Park officials describe the wild animals of Yosemite as having a “party,” since they had to close down in March. Bears have been seen roaming and grazing in areas of the park that are usually packed with people, such as Yosemite Village. Bobcats and coyotes have also been seen roaming more freely, happily exploring areas of the park they usually hang back from because of humans.

If you’d like to help animals, please check out 5 Ways to Help Animals During the Coronavirus Pandemic.