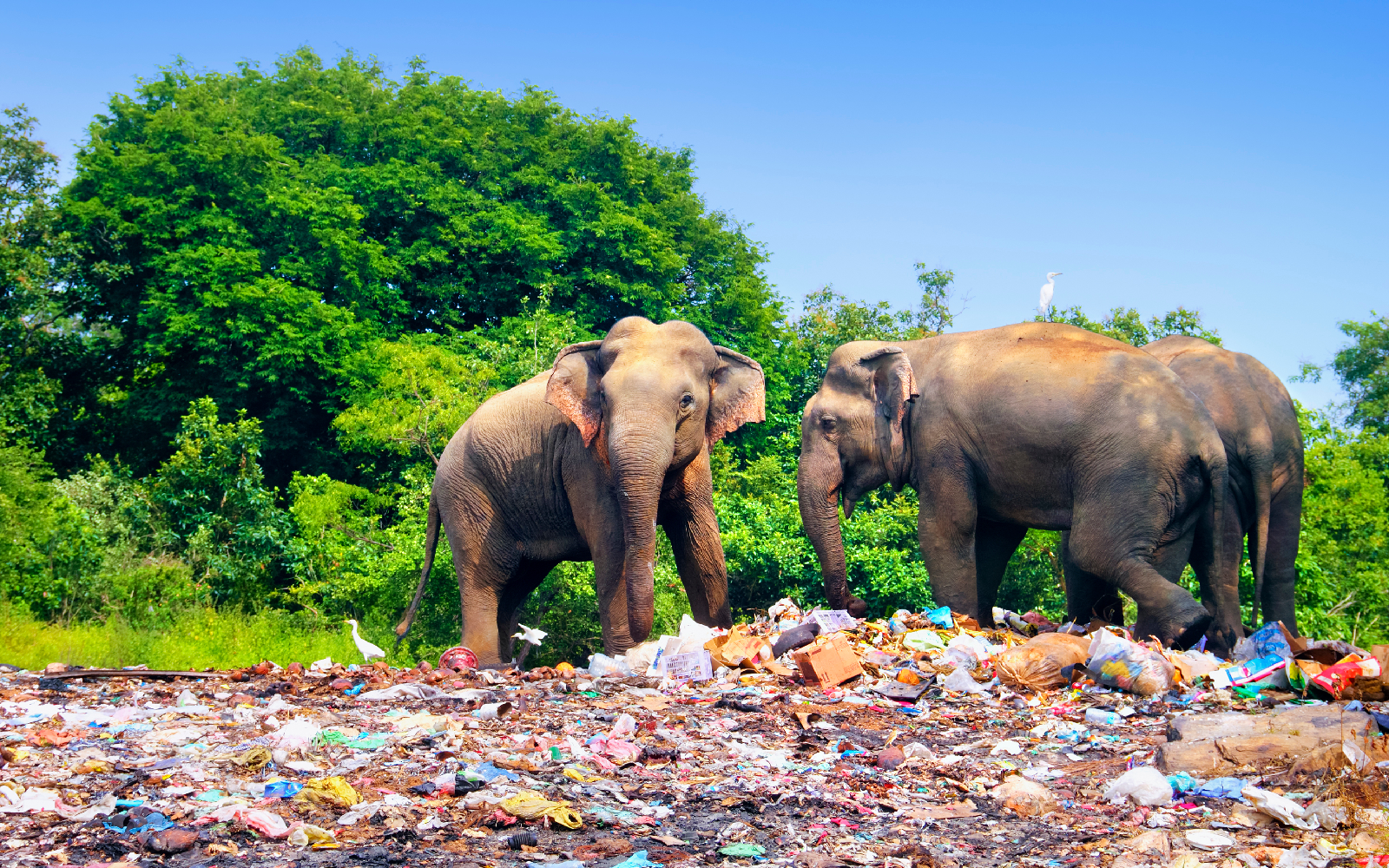 Plastic pollution is harming the environment and killing animals around the world. Two more elephants have died after eating large amounts of plastic from an open landfill site in India.

According to The Guardian, the deaths occurred after the elephants ingested large amounts of non-degradable plastic from the dump in the Indian village of Pallakkadu, around 130 miles east of Colombo.

Over the course of eight years, an estimated 20 elephants have died from eating plastic in the open landfill site.

The Guardian reports that wildlife veterinarian Nihal Pushpakumara said that postmortem examinations of the most recent two elephants revealed “polyethylene, food wrappers, plastic, other non-digestibles, and water” in their systems. There was no evidence of “normal food that elephants eat and digest.”

When elephants get hungry, they may seek out food from dumping sites, which can lead to them consuming plastic and other non-food items that can damage their digestive systems, Pushpakumara explained. It can result in an elephant being unable to eat or drink properly, eventually resulting in death.

Authorities have tried to combat the issue of elephants eating from dumping sites by installing electric fences around them. However, the fence in Pallakkadu was struck by lightning back in 2014 and was never repaired. Since then, many elephants have had access to rummage through the dump, resulting in the deaths of 20.

Asian elephants are considered an endangered species, and their numbers are only decreasing. Faced with threats like habitat loss, global warming, pollution, and poaching, elephants may stand little chance unless people stand up and make a difference.

Read more about how companies like Facebook, Tubberware, Google, Budweiser, Carlsberg, Dove, and FIJI water are working towards reducing plastic pollution. Places around the world like Tel Aviv, Scotland, Baltimore, California, and many more are banning various single-use plastics and coming up with creative ways to recycle and use plastic waste.