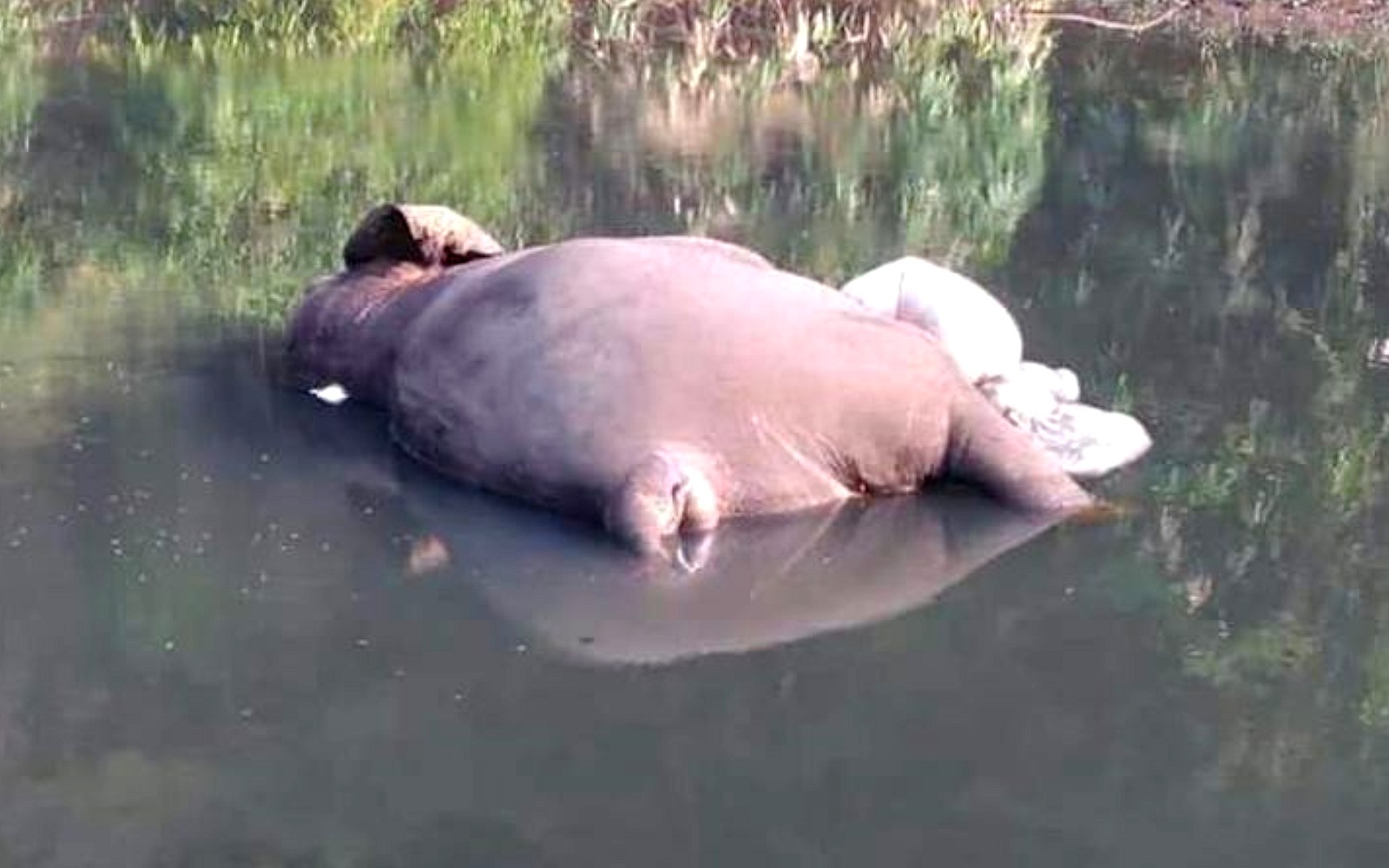 A dead elephant was found a week after the end of the Makaravilakku festival at Sabarimala in the Indian state of Kerala. As the post-mortem examination revealed, the 20-year-old female animal had died after a large amount of plastic blocked her alimentary canal, which resulted in internal bleeding and failure of the vital organs.

The elephant was found near Valiyanavattom, an area that is home to wild elephants, around one kilometer away from the sewage treatment plant at Pamba, The Times Of India reports. The poor elephant must have been attracted by food waste – elephants are especially willing to snack on leftovers with salt content, like packed foods – but tragically ended up consuming large amounts of plastic.

Even though the incident was the only and the first death of an elephant following the plastic ban in Sabarimala by the high court in 2016, it is still a disturbing case which has to be examined more closely. Plastic continues to be a huge problem for the area’s wildlife and the forests officials have found that it is a key content in the excrement of elephants all throughout the forests covering the hill shrine.

“Plastic waste is a common sight after the season all along the route from Pamba to Sannidhanam, Azhutha to Pamba and other forest routes,” said Georgi P. Mathachen, field director of the forest department. “Though the cleaning-up is happening along the routes after the season, the plastic that moves to interior areas are posing a threat to the wildlife.”

The Travancore Devaswom Board blamed the forest department itself for the death of the elephant. “In the case of the elephant that died, three-metre (9 feet) long plastic sheet used by shopkeepers at Valiyanavattom and Cheriyanavattom was found in its intestine. The shops are leased out by the forest department. They are not doing anything to ensure that plastic waste is properly disposed of,” said A. Padmakumar, president of the board.

The 2016 total plastic ban in Sabarimala was imposed after another animal’s plastic-induced death. The forest department filed an affidavit before the high court after a Sambhar deer died following consuming plastic. But even though the ban is now in force, many plastic bottles and other plastic trash keep ending up in and around the shrine after the pilgrimage season.

The elephant’s death is a sobering reminder that marine animals are by no means exclusively threatened by plastic pollution. Every day birds, cows, and even polar bears come into contact with our plastic trash, and they all send the clear message that we NEED to put our conscience over convenience. We can all step up and limit the amount of plastic we consume on a daily basis. To find out how you can help the planet by making conscious decisions regarding plastic, check out One Green Planet’s #CrushPlastic campaign!

Image source: The Times Of India