After Epic Empire State Building Display, How Can YOU Help in the Race Against Extinction? 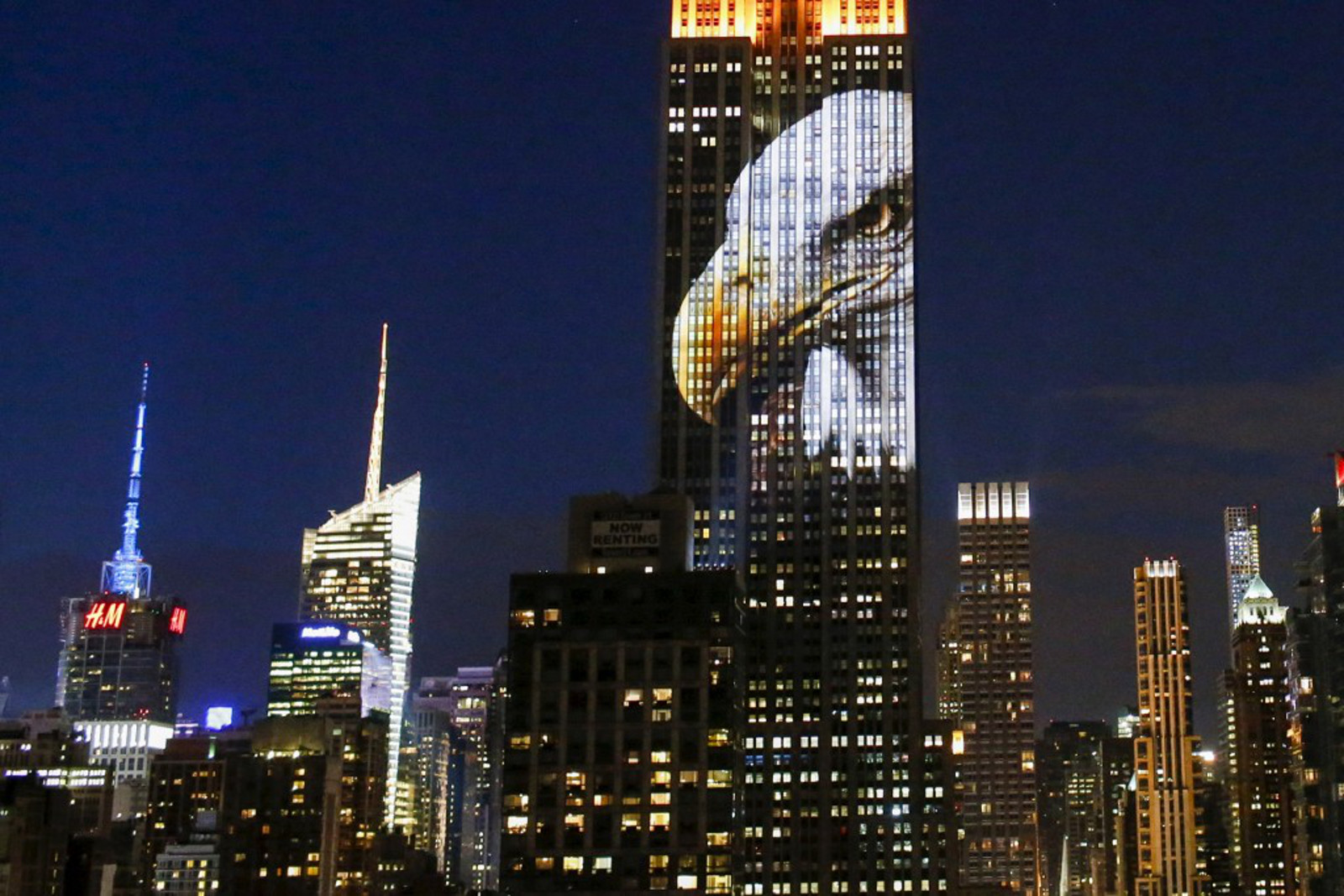 This past weekend, the crew behind upcoming documentary Racing Extinction took to Times Square in New York City and projected some incredible 400-foot images of endangered species against the Empire State Building. The aim behind this action was to raise awareness of these animals’ ongoing plight, and encourage passers-by to take whatever action they can to help ensure their survival. 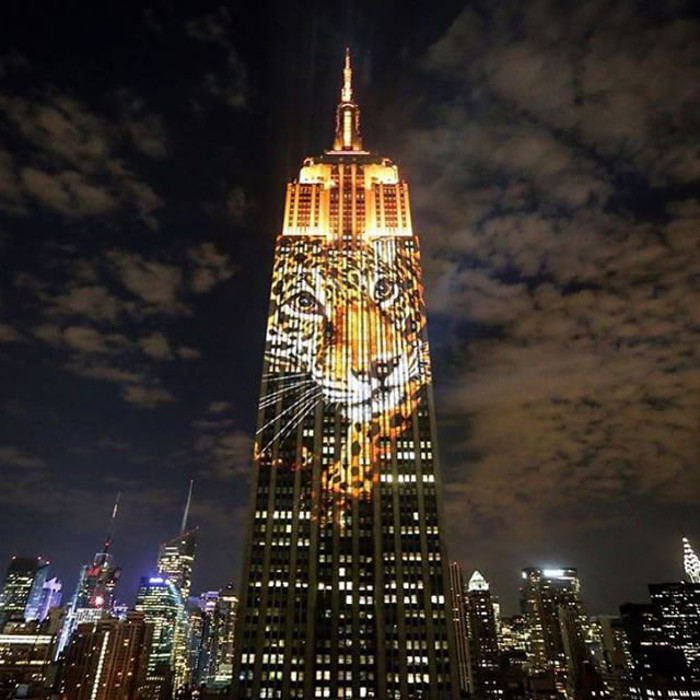 The awe-inspiring beauty of the animals shown within them underlines the critical importance of saving their habitats from destruction … before it’s too late. 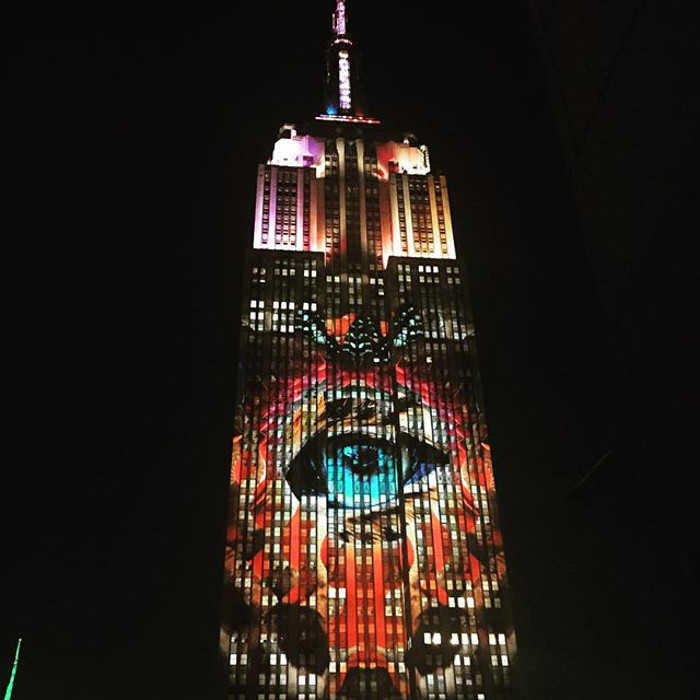 So Why is ‘Racing Extinction’ Being Made?

The documentary is being directed by Louie Psihoyos, the director of hard-hitting 2009 movie “The Cove” – which exposed the cruelty of dolphin hunting in Taiji, Japan – and 2014’s “6” (a precursor to “Racing Extinction”) which explored how human activity is leading us to the world’s sixth mass extinction of species. As anyone who has seen Psihoyos’ previous work might expect, “Racing Extinction” pulls no punches in outlining the severity of what such a mass extinction event will mean for the world we live in.

The point of the movie is not to plunge its viewers into doom and gloom, however!

In an interview with TheLipTV earlier this year, Psihoyos said, “I’ve got faith, because documentaries are a powerful, powerful weapon. If you see this one … you have a chance to change people’s hearts.” After discussing the fact that many people who have seen “Racing Extinction” subsequently told him that they were inspired to make significant lifestyle changes, he added: “The point of the documentary is to make a difference.”

What Can You do to Help Save Endangered Animals Today?

Knowledge is power, and the most important step to improving the future outlook for the planet we live on, and all of its inhabitants, is to educate yourself about what’s really going on out there. Many people feel that cutting out palm oil, or eliminating animal products from their diet, for example, will be too daunting, expensive, or time-consuming for them to manage. However, as soon as we understand why it is so important to make these sometimes difficult changes to the way we live our lives, this information in and of itself makes our transition so much easier. Change begins with education.

2. Keep Palm Oil Out of Your Shopping Basket

In addition to seriously undermining the human rights of those who labor within it, the $44-billion dollar palm oil industry has been a major driving factor behind the decline of the Sumatran tiger and the orangutan. Whether you are thinking of cutting palm oil out of your diet completely, or just want to learn more about what is being done to reduce its currently catastrophic impact on the wildlife of Sumatra and Borneo, these resources will help you to better understand the issue:

And if you want a practical tool that will help stop palm oil from sneaking into your shopping basket, look no further than The Ethical Consumer’s Palm Oil Free List, or our very own guide to navigating the sometimes-tricky world of food products and palm oil.

3. Reduce Your Consumption of Meat

Intensive animal agriculture has been a leading cause of species extinction worldwide, largely driven by the deforestation of important habitats such as the Amazon rainforest. Between March and April 2010, a section of rainforest almost ten times larger than the entire Manhattan area was cleared, with 70 percent of this land being set aside for cattle ranching. The United Nations Food and Agriculture Organization (FAO) estimates that livestock production is responsible for 14.5 percent of global greenhouse gas emissions, while other organizations like the Worldwatch Institute have estimated it could be as much as 51 percent.


One Green Planet believes that our global food system dominated by industrial animal agriculture is at the heart of our environmental crisis.

By choosing to eat more plant-based foods you can drastically cut your carbon footprint, save precious water supplies and help ensure that vital crop resources are fed to people, rather than livestock. With the wealth of available plant-based options available, it has never been easier to eat with the planet in mind. Join One Green Planet’s #EatForThePlanet movement to learn more.

Either eliminating or just reducing meat and dairy in your diet can have an enormous positive impact for endangered species. Whether you choose to go meatless one day a week, cut dairy out of one meal, or go for the full plant-based shift, you can make an incredible difference with your food choices. If you’re looking for a few more resources to help you along the way, check out these:

Colony collapse disorder has increasingly become a cause for concern within scientific circles, as the abundance of four common bee species within the U.S. has declined by 96 percent over the last few decades. According to the USDA, “the U.S. honey-producing colonies have dropped from a population of 5.5 million in 1950 to 2.5 million in 2007.”

A specific class of pesticide, called “neonicotinoids,” has been linked to the prevalence of colony collapse disorder, and this type of pesticide is on agricultural crops.

If the bee is allowed to die out, this will have serious implications for human life as well. Of the 100 crop species that provide 90 percent of the world’s food, over 70 are pollinated by bees. If they go … we go.

The EU has already outlawed the use of neonicotinoids to help protect bees, but the U.S. has lagged behind. As a consumer, you can help to reduce the use of these pesticides by purchasing organic produce. You can also take action by signing petitions to ban neonicotinoids within the U.S. as well.

Saving Endangered Species With Your Next Meal

Whatever action you choose to take, remember that you have the power to make an enormous change by rethinking your consumption habits.

“The real war against climate is being fought on our plates, multiple times a day with every food choice we make,” says Nil Zacharias, co-founder and Editor-in-Chief of One Green Planet, “one of the biggest challenges facing our planet, and our species is that we are knowingly eating ourselves into extinction, and doing very little about it.”

We can all make a difference right now, starting with our next meal.