The Disappearing Bees And What You Can Do To Help 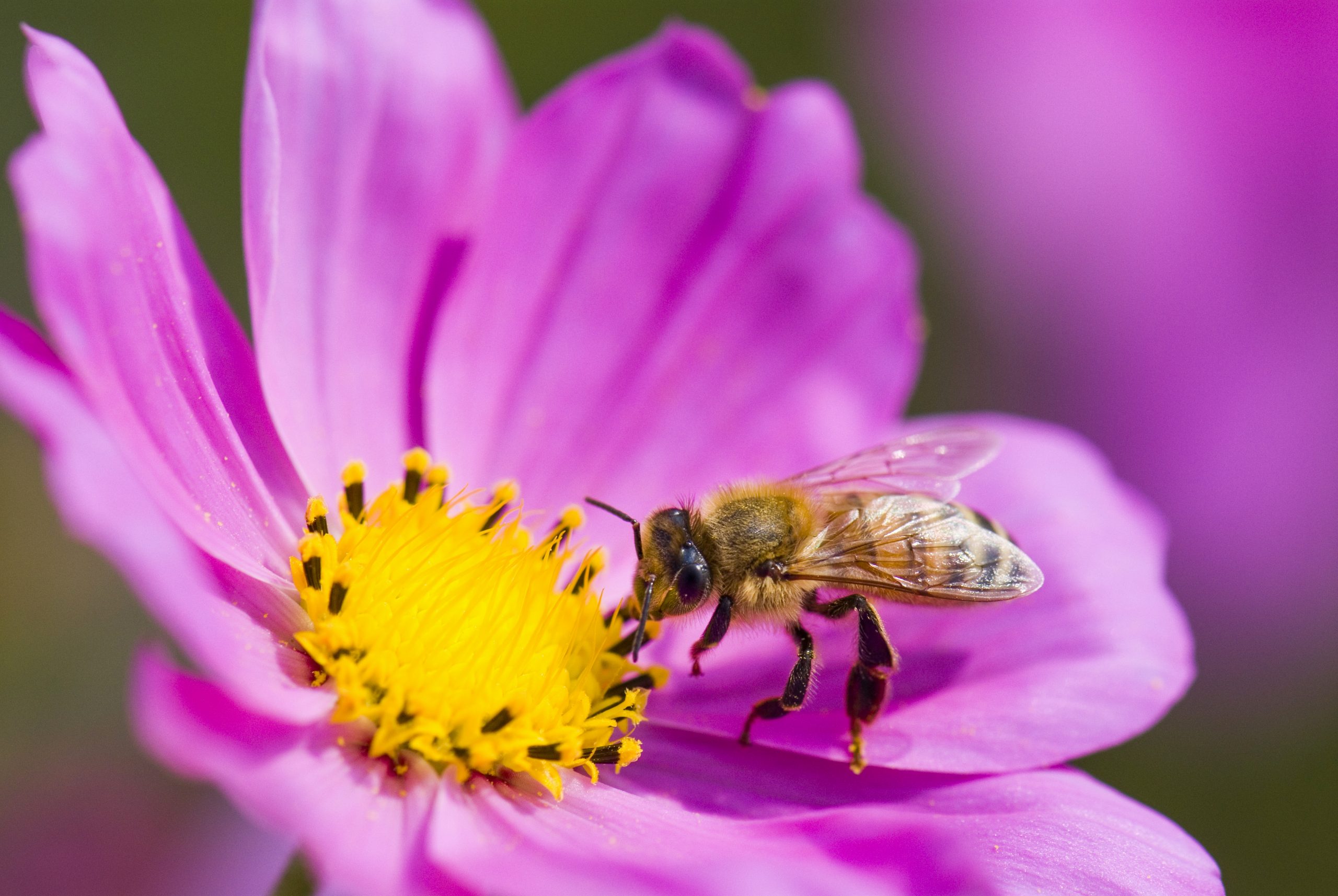 “If the bee disappeared off the surface of the globe then man would only have four years of life left. No more bees, no more pollination, no more plants, no more animals, no more man.”

Take a walk in nature on a sunny spring day and you’ll notice flowers blooming, fruits sprouting, little critters hopping around, birds chirping and the buzzing of bees. Now imagine if bees were taken out of the equation. All that depends on bees’ pollination would stop living. According to United Nations Environment Programme (UNEP) executive director Achim Steiner, “the fact is that of the 100 crop species that provide 90 percent of the world’s food, over 70 are pollinated by bees.” An article from the Telegraph states that “some 35 per cent of our diet depends on pollination of crops by bees and it is often said that if bees died out, humans would follow just four years later…” Everything natural that is derived from a plant would become extinct. To give you just a glimpse of that possible future, here are a few examples: flowers; food: fruits, vegetables, beans, nuts, seeds, herbs, coffee, juice; clothing: cotton; etc.

The dramatic loss of bees came as a shock to many beekeepers and scientists in approximately 2006. News sources released many articles with studies stating the numbers, but not the reasoning. Presently, the population of bees continues to get smaller and smaller with new reports showing up on a regular basis. In January of this year, the Guardian revealed that “the abundance of four common species of bumblebee in the US has dropped by 96% in just the past few decades…” and the USDA has said that “the US honey-producing colonies have dropped from a population of 5.5 million in 1950 to 2.5 million in 2007.” Already, hundreds of bee species have become extinct within the past ten years.

A few of the places that have noticed a decline in the bee population include North America, the United Kingdom, Germany, Switzerland, Spain, Portugal, Italy, Greece, France, Belgium, the Netherlands, the Middle East, Asia, and Africa.

There are many factors that have been, and continue to be, added up that led to the decline in bees: the first and most mentioned issue is the extreme amount of pesticides used on crops which not only kill bugs that are said to harm crops, but good insects like bees as well; Colony Collapse Disorder (CCD) which is when bees disappear from their hives or die; the Varroa mite which is a parasite that attacks honey bees; poor nutrition in bees’ diets due to “intensive farming methods”; Israeli acute paralysis virus (IAPV); globalization; reduced biodiversity; terminator seeds; pollution; even cell phones have been linked to the cause of the decline in the bee populations.

Neonicotinoid pesticides are one of the main causes of the loss in bees. Neonicotinoids are the most used insecticide worldwide and their purpose is specifically to kill insects and is even toxic to mammals. Online advocacy community Avaaz states that “four European countries have begun banning these poisons, and some bee populations are recovering.” Toxicologist Dr Henk Tennekes has said that “any insect that feeds on the crop dies. Any bee or butterfly that collects pollen or nectar from the crop is poisoned. Neonicotinoids behave like carcinogens, and easily contaminate ground and surface water. There could be dire long-term consequences of environmental pollution with these insecticides, and my fears were confirmed by extensive research…” Another toxin that has been linked to the death of bees is Bacill Thuringiensis which “is known to provoke an immune response in humans and bees. An immune response in a bee prevents proper memory formation, and causes confusion. One of the symptoms of Colony Collapse Disorder is bees’ decreased navigational ability.” This explains why bees disappear and are no longer found in their hives.

The first few reports of the decline in the bee population came from puzzled beekeepers. CCD is the term that is being used when perfectly healthy beehives are being left abandoned and/or bees are literally piling up near the entrances of beehives. While dead bees are being found, in most cases, adult bees simply disappear and leave only the young and the Queen.

As much as this is an animal conservation issue, this is equally a human conservation issue. The truth is that humans cannot live without nature and we most definitely cannot survive if we continue to battle with it. People have tried to pollinate plants without bees and have been unsuccessful. There are many actions that can be taken to help and restore the bee population.

Lastly, spread the word and inform others!

Eva Kwolek is the writer of Four Leaf Clover, a blog that features information which helps people live an animal-friendly, environmentally conscious, healthy and happy lifestyle. Eva was the president of her school’s environmental club, a member of her town’s environmental committee, and spent a summer interning for animal rights organization PETA UK. After living in Canada, USA, and London, England, Eva is currently based in Switzerland and is pursuing a career in writing and animal/environmental conservation.