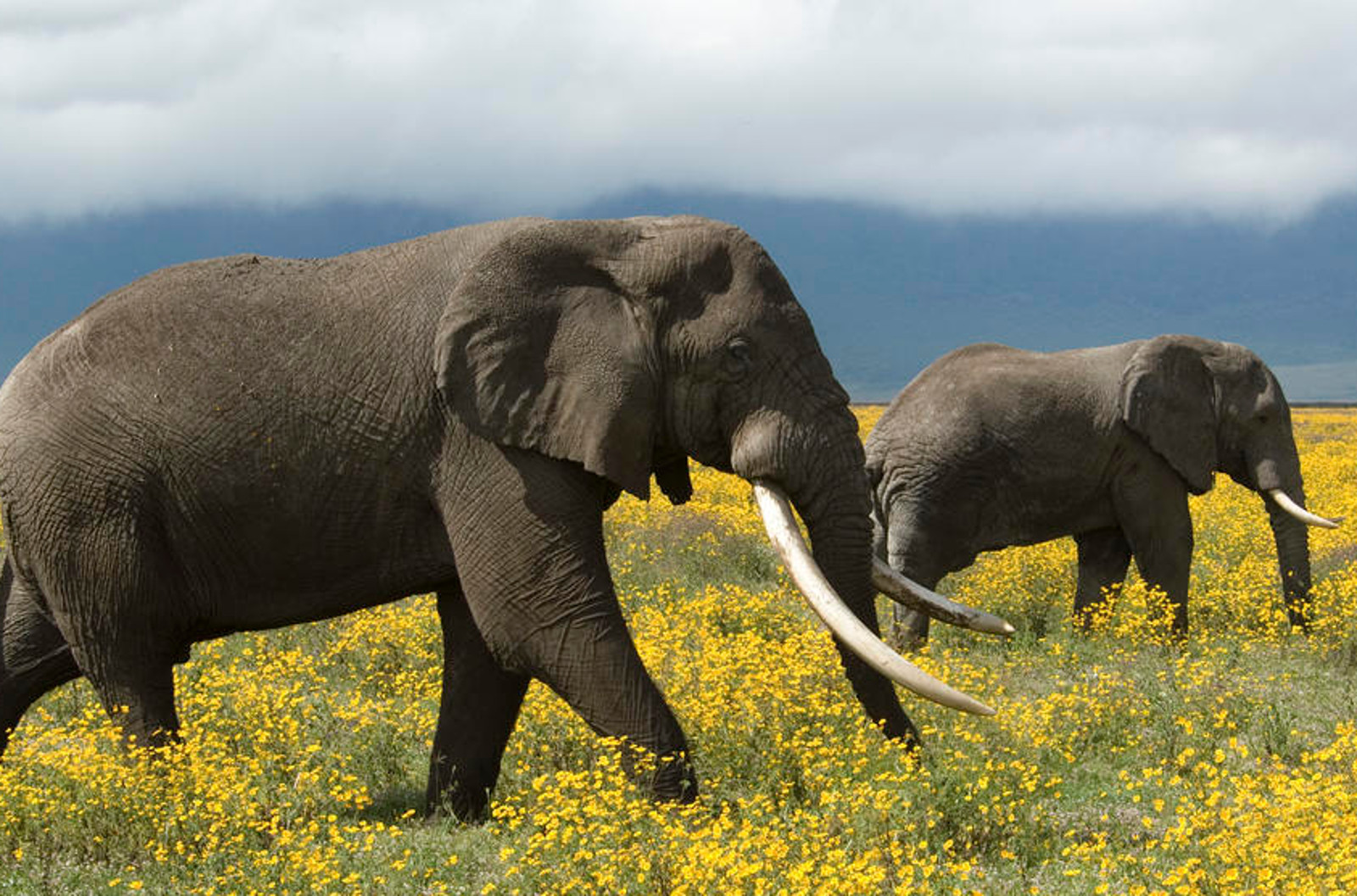 Over the course of the past 40 years, we have seen around 52 percent of the world’s wildlife disappear from the face of the earth. If you are thinking this is an enormous loss, you would be 100 percent correct. In fact, scientists have confirmed that current extinction rates are a shocking 1,000 times higher than the standard, meaning we stand to lose a significant amount of plant and animal species within the next few decades, some of which will go extinct before they are even discovered.

What is driving this mass extinction of species? Sadly enough, us.

In the course of Earth’s known history, there have been five major periods of mass extinction, some caused by shifting climate, others by asteroids. However, our current state of mass species extinction, which scientists have dubbed the “sixth extinction” is being caused by human actions.

Climate change, habitat destruction and poaching are all major factors that contribute to the rapid decline in the world’s wildlife. Of these three, poaching is arguably the most devastating and horrific mode of species loss. Across the world, animals such as elephants, rhinos, tigers and pangolins are being poached into oblivion, all to meet the demands of the illegal wildlife trade.

Although many people are unaware of its existence, the illegal wildlife trade ranks in the top five most lucrative illicit trades in the world. Dealing in the sale of ivory tusks for jewelry and trinkets, rhino horns and tiger bones for traditional medicines, as well as countless other cruel and unnecessary markets, the illegal wildlife trade has pushed a number of struggling species populations to the brink of extinction.

Thankfully, there are many organization and individuals who refuse to sit idly by and watch the world’s animals be poached out of existence for the sake of trinkets and powders. However, combatting poachers is not an easy task to accomplish, so they’ve had to get a little creative to protect the world’s species. Some of the modes that are being employed may seem a little extreme, but we have to say we absolutely love seeing people go above and beyond to ensure that the world’s most endangered species live to see another decade!

Your dog is probably already a hero in your eyes, but what if in addition to rescuing you from Monday Blues, your pup could rescue endangered sea turtles and combat shark finning? That would be really awesome. Well, that’s exactly the idea that Sea Shepherd has employed in founding their anti-poaching dog units.

Working on the Galapagos Islands to sniff out illegal marine life smugglers, the Sea Shepherd canine unit is hot on the trail of preventing species extinction. Since 2008,  Sea Shepherd and the Ecuadorian police have worked together to form the first K9 unit of its kind in South America. These dogs have been incredibly helpful in preserving the delicate Galapagos ecosystem.

This is hardly the only canine anti-poaching unit in the game, dogs are also being trained to protect rhinos in Africa. Thanks to their keen sense of smell, dogs just might play a major role in saving some of the world’s most endangered species … talk about super dogs. 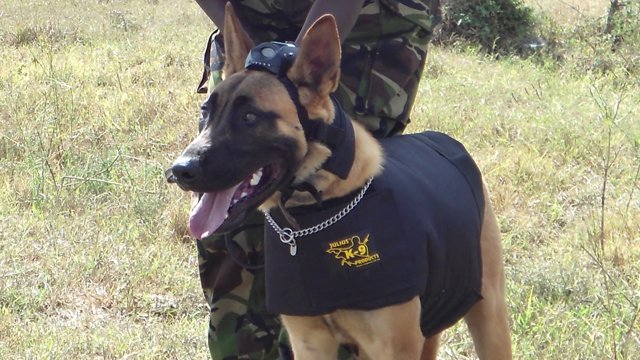 Rhinoceroses are poached for their horns. Although they are completely made of keratin, rhino horns are thought to have powerful medicinal qualities that can help cure cancer (FYI, they cannot). So, in an effort to remove the “valuable” part of the rhino that often leads to their death, the Namibian government has decided to “dehorn” their endangered rhinos. While this is a rather creative and kind of a genius idea, sadly it might not prove to be as effective as the government would like.

According to Elizabeth Chetwood from Elephantopia, some poachers will still kill dehorned rhinos out of spite and removing the horn essentially leaves these animals defenseless against other attackers. The intentions behind this idea might be good, but looks like Namibian officials might have to go back to the drawing board. 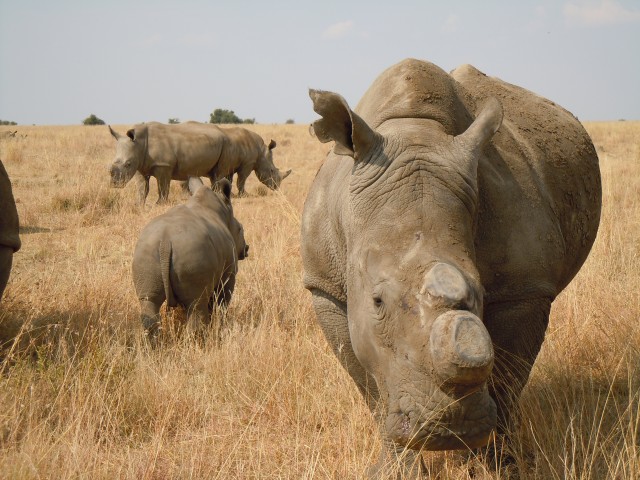 If you thought Google Glass was just for Silicon Valley techies and/or hipsters, think again! Thanks to a grant from Google, Google Glass is now being used by the World Wildlife Fund’s (WWF) anti-poaching teams in Nepal. Using these special specs to track and document the movements of the local rhino populations, the WWF is working to maintain the “poach-free” status they enjoyed in 2013. Now that’s technology for a cause.

4. Taking to the Sky With Drones

Most poaching attempts occur in large wildlife parks, making it difficult for rangers to know who is in the park and where at any given time. A high vantage point is the key to keeping watch over all the park’s animals, so many park rangers use watch towers and the like. However, anti-poaching teams in India are going one step further and taking to the sky with drones to monitor wildlife. Is there anything more badass than an anti-poaching drone? We think not.

The Panna Tiger Reserve in Madhya Pradesh, India is currently using drones to protect local tiger populations. While tiger populations have been making a comeback in some areas of the world, it is still estimated that there are currently more tigers being held captive in American backyards than there are in the wild. Maybe we could use some of those drones here in the U.S. … 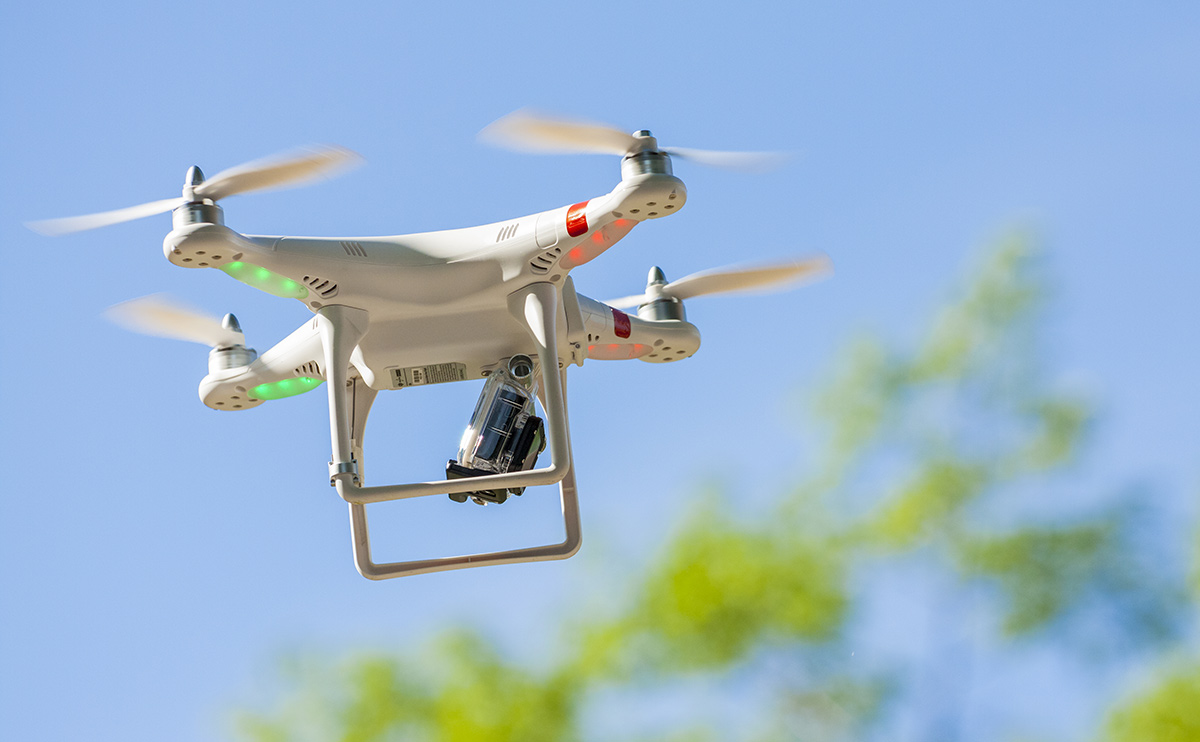 The David Sheldrick Wildlife Trust (DSWT) has been at the forefront of protecting endangered species for decades. Best known for their Orphan’s Project, which takes in orphaned elephant and rhino calves and raises them until they’re ready for release back into the wild, DSWT also has a fleet of mobile veterinary units. These mobile vet teams work in collaboration with the Kenya Wildlife Service to locate animals who have been attacked by poachers and are in need of medical help. Employing mobile vet units on the ground and sky vets (yeah, pretty cool), these mobile vet teams have saved a total of 151 elephants from poaching attempts in the past year. Just think of this amazing team as the emergency response squad for endangered species.

You know how your dog has a microchip in the event that they get lost, well, the same idea is being applied to Kenya’s rhino populations. In an effort to not only track rhino populations, but to pursue and prosecute poachers, the Kenyan government launched an initiative in 2013 in collaboration with the World Wildlife Fund to microchip all the rhinos in the country. Considering the fact that there are only around 1,000 rhinos left roaming across Kenya Wildlife Service parks, the life of every single individual is imperative to this struggling population. 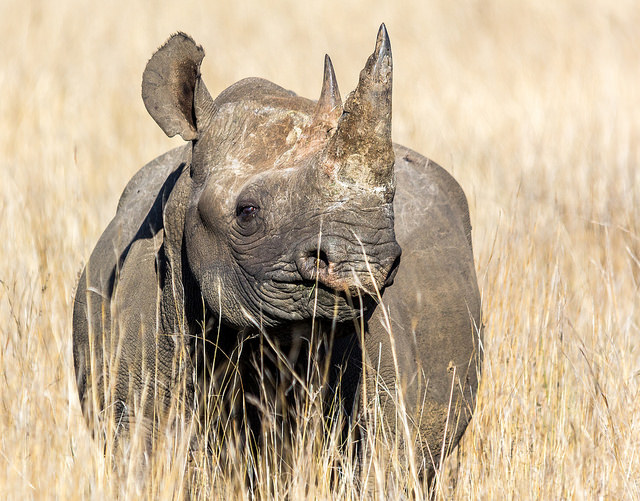 Ways WE Can Help Protect Species

All of these methods of protecting species are innovative and creative, however, they aren’t exactly things that the average person can do. But, this hardly means that we can’t play an integral role in protecting endangered species. These animals are all being poached because people are willing to pay for the products: ivory trinkets, tiger skins, rhino horn medicines. When we cut off the money supply, poachers will no longer be motivated to kill these animals. Sharing this information with others and raising awareness about the illegal wildlife trade is a great way we can all help to save these species. When the buying stops, so will the killing. Is it worth it to you to save lives?