5 Exciting Ways Synthetic Biology Can Save Animals and the Planet 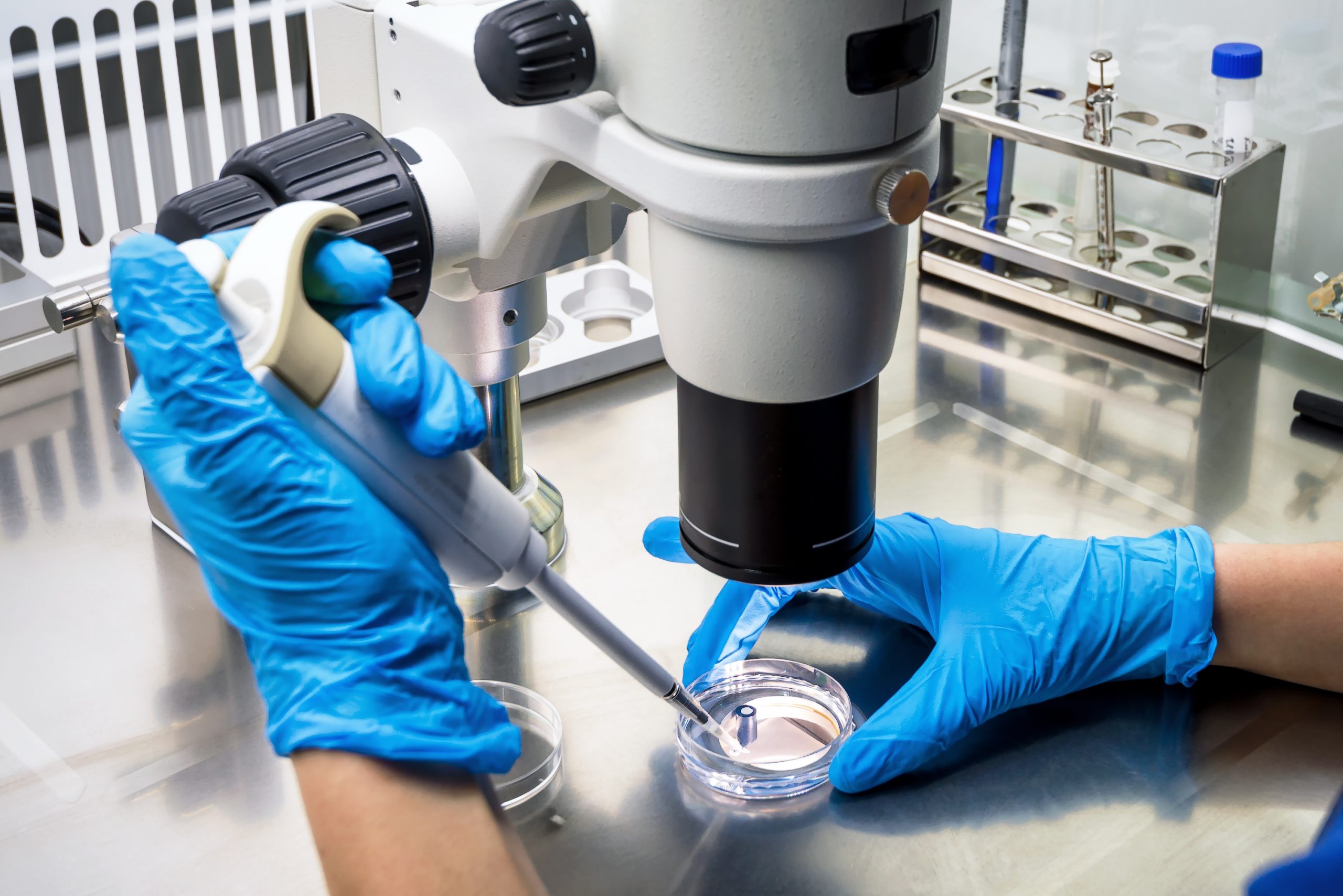 These days, molecular biology is one of the most exciting fields of science—and that’s not just because I’m a molecular biologist. Far from being a bunch of researchers looking through microscopes to figure out what cells are made of, the field has some of the most sophisticated technologies around. Plus, it has contributed to some of the most incredible capabilities in science and medicine, from targeted gene therapies to high-sensitivity tests to detect COVID-19.

One of the really interesting areas of molecular biology is synthetic biology, which is the study of how organisms like yeast and bacteria can be genetically “tweaked” to produce a compound of interest. For instance, a yeast that normally eats sugar and produces the alcohol that’s used in beer can be genetically altered, by inserting new genes into its genome to make it produce a compound other than alcohol.

There are myriad applications for synthetic biology. There used to be a lot of interest in using it to produce biofuels, as an alternative to sourcing them from the Earth—and while they can certainly do this, the fuel industry found the profit margin too small to support it on a large scale. Nowadays, companies are very interested in using synthetic biology in other, more feasible areas, like drug development or sourcing certain difficult-to-isolate compounds. The most promising area is using organisms to make commodity chemicals, which are chemicals that go into other products for consumers—like cosmetics—which is especially useful when the conventional processes are too expensive or, importantly, harmful to the environment. The benefit is that you can produce the chemicals in large quantities, using renewable sources, like carbon or sugar cane.

Here are five ways in which synthetic biology is having a significant impact and reducing the use of animals and plants to generate high-demand chemicals.

1. Reducing the reliance on hunting sharks for cosmetics

A widely used compound in the cosmetics industry is squalene, which makes a good base for moisturizers, and is also used in hair products, bath oils, makeup, and sunscreens. Its main source for many years was extraction from the oil of shark livers. Because of its use in such a wide range of cosmetics, sharks were hunted purely for their squalene. It can be sourced from plants, like olives and wheat bran, but it’s more difficult and expensive than hunting sharks.

Enter synthetic biology: researchers can use the S. cerevisiae yeast that consumes sugar and produces the alcohol in beer, bread, and wine. They can introduce new genes to the organism, which affect its metabolic pathways so that instead of producing alcohol, it produces squalene, which completely removes the need for sharks. Many companies in the cosmetics industry have switched over to this method in recent years, so that the majority of squalene is produced by yeast in the lab, sparing large numbers of sharks, many species of which are under threat of extinction.

Another great shift that’s happened in recent years is in manufacturing the anti-malarial drug, artemisinin. The drug is especially valuable in Africa, where malaria remains a serious risk, and artemisinin is the first-line treatment. It was previously extracted from the Chinese Sweet Wormwood tree in a difficult process that came at the expense of huge numbers of wormwood trees and was a bottleneck in supply, preventing some people who needed the drug from getting it. One company at which I worked as a researcher found a way to make artemisinin from yeast, in a similar process to that mentioned above, using a high-throughput (high-yield) method. The neat thing is that the process reduced the cost of the drug significantly, down to $0.50 per dose. Artemisinin production has largely switched over to this method—it’s not 100%, but enough to saturate the market and meet demand. In this case, in addition to the ecological and financial benefits, the public health benefit is crystal clear.

3. Sequestering and converting methane into a worthwhile compound

Most people are familiar with methane as a harmful compound that’s posing a significant threat to the planet. It comes from cow farms, landfills, and fracking, among others, and though it’s produced in smaller quantities than carbon dioxide, it’s four times denser, so as greenhouse gases go, it’s more damaging. But similar to carbon dioxide, as it’s released into the ecosystem, it gets trapped and leads to climate change.

Another company I worked at used a type of bacteria that likes to eat methane (methanotrophs), which, depending on what they produce as a byproduct, could be a promising solution to the methane problem. And in fact, the bacteria were engineered to produce a chemical that’s not only less harmful but valuable: Isobutanol, which is used as a diesel fuel additive and typically produced in a crude chemical synthesis fashion. So the bacteria provide a way to both sequester and convert methane to a useful chemical, which is essentially feeding two birds with one seed, so to speak.

4. Generating high-quality CBD without the plant

A compound that’s gained a lot of steam in recent years is cannabidiol (CBD), which is the medicinal compound from the marijuana plant (tetrahydrocannabinol, or THC, is the psychoactive component, which we don’t want in medicinal products). Modern strains of marijuana typically have a much higher THC content than CBD (30% vs. 5%, respectively), which isn’t great. And while there are several methods of extracting CBD from the plant, they are often expensive, dangerous, inefficient, or risk contamination with THC.

Synthetic biology can solve these issues by generating CBD in the lab, using yeast that has had genes from the cannabis plant inserted into their genomes. First, the “mother” compound of both CBD and THC, cannabigerolic acid, is produced, and then converted into CBD in another step. The researchers who developed the method also discovered that you can engineer the yeast to create other cannabinoid compounds, which is helpful since many of their functions are unknown. Concerning CBD, using synthetic biology is a more cost-effective method and one that doesn’t have the contamination risk that other methods pose.

5. Producing faux meats and milk that fool the tastebuds

Finally, a really exciting area is in the production of plant-based meats and milk that taste more and more like the real thing (think Impossible Burger, which “bleeds” when you cook it, or Perfect Day milk, which is microbe-derived and dairy-free). These companies are synthetic biology companies at heart since to develop their products, they spent loads of time isolating various hemes (irons) and proteins, using modified yeast, which contributes to the look and feel of meat or dairy products.

To develop a formula for fake meat, for instance, researchers would produce custom DNA so they could improve the output of the yeast strains iteratively. Once they arrived at the “golden child” strain, they could make huge quantities in 500,000-liter fermenters, and then separate the protein from the broth and reconstruct it into meat-like products. People may not want to know all the details—it’s a little like seeing how your (veggie) sausage gets made—but the science is cutting edge. If more people switch to these products, not only will many animal lives be saved, but it could also reduce the industry’s reliance on petroleum, as some chemicals used in animal-based processed foods are often petroleum-derived.

The Future of Synthetic Biology

Though these areas are all incredibly exciting and have the potential to have important ecological benefits, there are always pros and cons that still need to be weighed—one consideration in these methods is the amount of land required to grow sugar or corn as fuel for the organisms. Most times, the benefits to the earth outweigh the drawbacks, but it’s important to keep the balance in mind.

In the future, science will move more and more in these directions, with companies asking what economic and environmental problems they can solve, developing microbes to relieve stresses on the environment, the economy, and the food chain, and improving public health. I’m lucky because I’ve seen this work from many angles: in my previous positions, I was deeply involved in working on a single project in the lab; now I sit in a role where I work with many companies, learning at a high level what they’re doing across different areas and keeping abreast of the latest research. Some applications are especially futuristic—including a developer experimenting with the use of microbes to generate a super-thin, foldable film that’s used in touchscreens and could help make phones and other devices even thinner and more flexible in the future. Between the ecological, health, and technological implications of synthetic biology, it’s a great time to be in the field and to see—and share—what exciting applications are coming down the pike.