Although hydraulic fracturing, or fracking, has been lauded as the “miracle” cure to America’s dependence on foreign oil, we are seeing that fracking causes more problems than it solves. Mainly, these problems come in the form of environmental damage and subsequent damage to public health.

Natural gas companies target communities located on top of ancient shale formations and offer land and homeowners millions of dollars in return for their land rights, mineral rights, or both. The majority of these communities are based in rural areas where agriculture is a primary source of income. Seeing the potential payoffs from allowing these companies to frack on their land, many people sign contracts with little hesitation. Those who resist gas companies are effectively bullied into agreements. Although some people do make a significant amount of money by allowing companies to frack, these profits are often overshadowed by the air and water pollution that follows.

According to EarthJustice, “The United States is in the midst of an unprecedented oil and gas drilling rush … Along with this fracking-enabled rush have come troubling reports of poisoned drinking water, polluted air, mysterious animal deaths, industrial disasters and explosions.”

There are an estimated 500,000 fracking wells in the United States, and as more sites are drilled, the likelihood of accidents like the ones listed above increases. Several communities within the U.S. have stood up and banned fracking from their borders, but until we instate a national ban, communities across the country will continue to suffer from these common side effects of fracking.

Water pollution associated with fracking is one of the most startling impacts of natural gas extraction. Every year, natural gas companies use around 280 billion gallons of freshwater to carry out the process of fracking. This water is mixed with undisclosed “fracking fluids” and forcibly injected into the deep shale regions of the earth’s bedrock to push pockets of natural gas towards the extraction site. Once the fracking process is complete, this water has become so polluted with heavy metals and minerals (in addition to the many suspected human carcinogens from fracking fluid) that it can never be recovered.

Confounded by the issue of what to do with this wastewater, fracking companies have turned to underground waste wells and aquifers. Wastewater wells tend to leak. According to the Natural Resource Defense Council, between six and seven percent of waste wells leak which can mean an estimated 19 billion gallons of water contaminated with known endocrine disruptors, suspected human carcinogens, and heavy metals leaking into local watersheds every year.

And this pollution is not isolated to people who allow fracking on their lands, contamination can be spread across an entire municipality.

When fracking came to the town of Dimock, Pennsylvania, community members started reporting brown water that was making them sick and causing their livestock and pets to lose their fur. The water was so corrosive that it would scar dishes and cause stains in laundry. Many found that their water supplies were polluted with methane, which cannot be filtered out by advanced water systems.

Craig and Julie Saunter, landowners in Dimock, told Vanity Fair that the methane pollution got so bad that they could not take showers without feeling lightheaded. Their son also developed soreness on his legs after some time. Tests run by the EPA found dangerously high levels of iron and aluminum in their water and now have freshwater shipped to their home every week.

Many other families in Pennsylvania and across other fracking regions now have freshwater shipped to their homes because they have no other option. Trying to sell a house is difficult, but selling a house located on a contaminated water supply is near impossible. 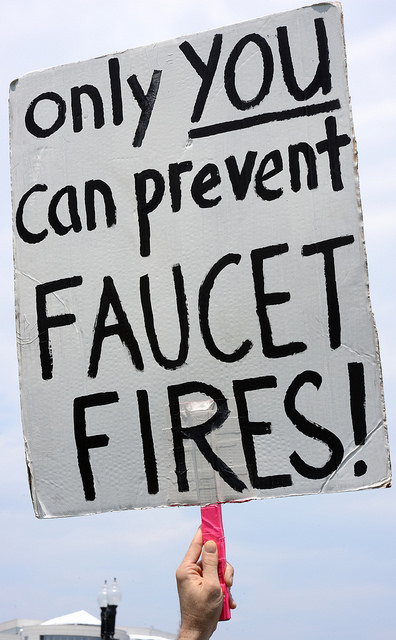 The relationship between fracking and earthquakes has been speculated for years, but we have only recently found solid, scientific evidence that there is a link. In the past year, Oklahoma has experienced more earthquakes than California, and for those of you who aren’t geology buffs, there are no major fault lines in Oklahoma that should cause this sort of seismic activity. In Ohio, a reported 77 minor earthquakes occurred over ONE month, and the trends across the U.S. point to similarly shocking levels of seismic activity.

Scientists posit that the process of fracking in areas that have pre-existing, minor faults can exasperate movement. Because fracking involves setting off a series of mini-explosions, then injecting millions of gallons of fluid into the earth, we can see how this might happen. In the throws of the natural gas rush, geological assessments are not given the time nor consideration they deserve. As a result, communities across the U.S. are now faced with the damages associated with earthquakes – on top of many other concerns. But doesn’t the old saying go: Frack now, worry later?

The extraction and processing of natural gas create an enormous amount of air pollution as well. Fracking operations are responsible for the release of airborne toxins such as volatile organic compounds (VOCs) and nitrogen oxide that cause smog.

Around one in four Americans live within a mile of a fracking well, meaning the chances of exposure to these harmful chemicals is high. 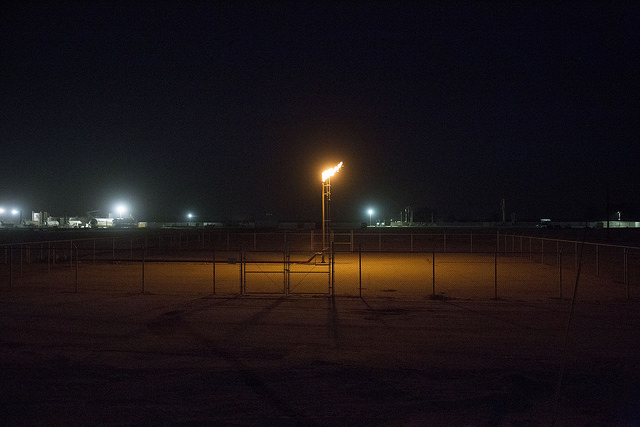 Exposure to fracking chemicals by way of air or water pollution has been shown to cause serious long-term health effects in humans. As Sandra Steingraber, biologist and anti-fracking advocate, says, “There is no safe level of exposure to benzene.”

Nor is there a safe level of exposure to any of the other chemicals spawned from fracking. Across the U.S. there have been increased cases of respiratory disease, cancer, and birth defects, all of which are known to be caused by exposure to the chemicals used in the fracking process.

According to a report in USA Today, “In Colorado … an evaluation of birth defects in areas with high concentrations of oil and gas activity found that mothers who lived near many oil and gas wells were 30 percent more likely to have babies with heart defects.”

Between 2005 and 2008, six counties in Texas reported a 20 percent increase in breast cancer rates. These counties are all near Barnett Shale, where fracking takes place. In western New York, areas, where fracking occurs, have reported steady increases in cervical, colon, ovarian, larynx, rectal and uterine cancer among women.

Can We Afford to Keep Fracking Up?

The more we delve into the far-reaching negative impacts of fracking, the more apparent it becomes that cheap gas is not worth the cost of human health. The damage that is done to water and air can never be undone, and the toxins we’ve released into our environment impact more than just humans. Entire ecosystems can be destroyed by fracking pollution, and more plants and animals will be negatively impacted by fracking if we allow this process to continue in our towns, cities, and states.

The good news is that we can all stand up and demand action and justice for our municipalities. While gaining a national ban on fracking would be the ultimate goal, taking down the fracking industry one town at a time can be just as effective. 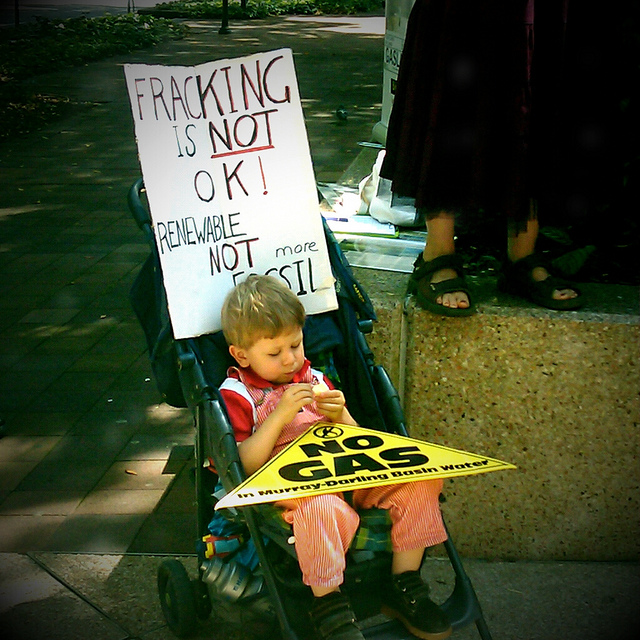 If you don’t want your community to fall prey to these fraccidents, check out the work of Environment America and EarthJustice. We can’t afford to frack away our futures, so it’s time we took a stand.