Fracking Away Precious Fresh Water Supplies, How This Industry is Drilling Us Towards Drought 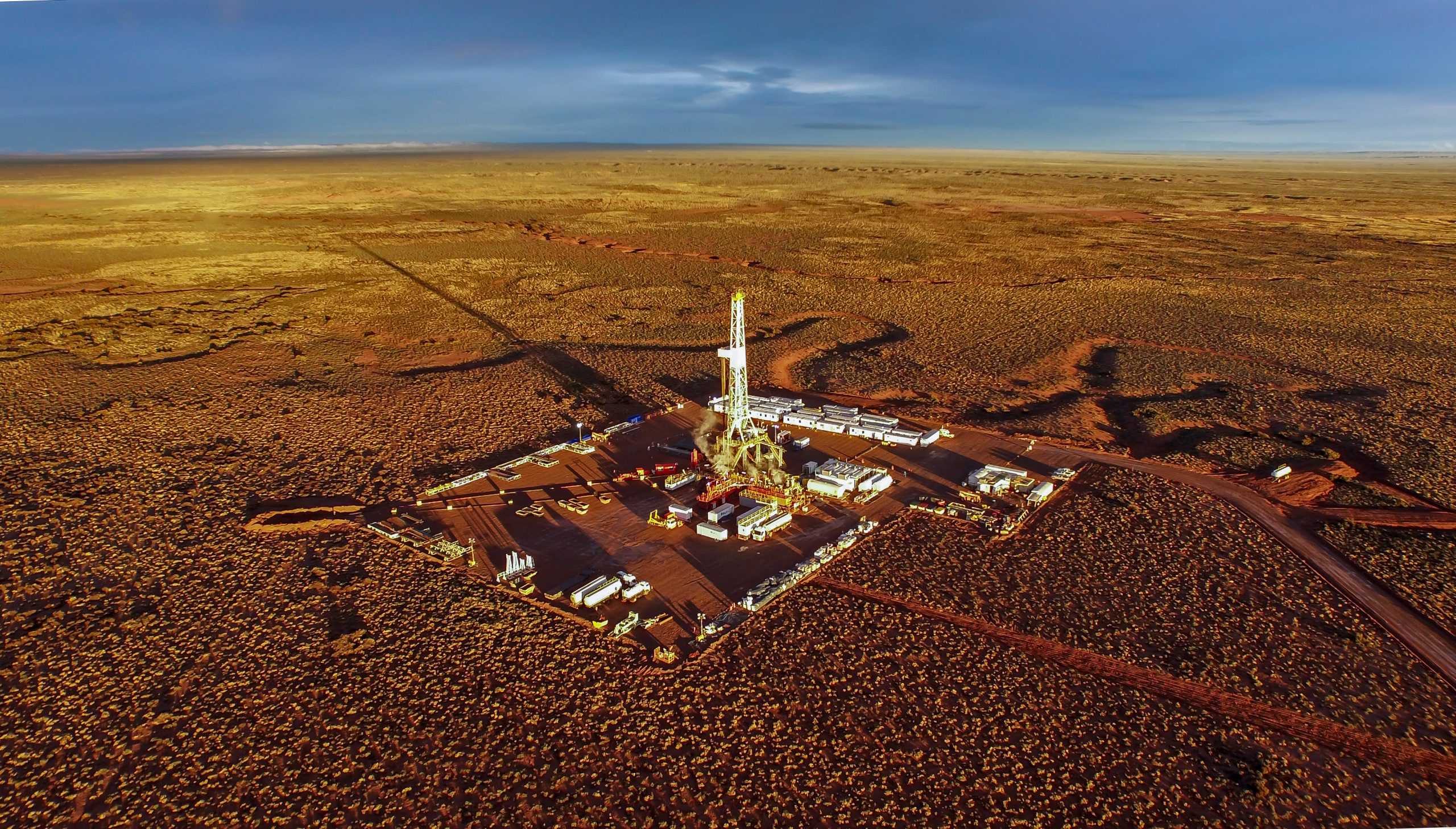 While natural weather patterns and fluctuations in year-to-year precipitation do influence water availability to a degree, man is proving to be quite disruptive to the water cycle as well. You may already be aware that our food systems, which are primarily focused on the animal agriculture industry, are diverting massive amounts of freshwater its way while offering up astounding levels of pollution. Bottled water companies are being accused of similar actions, robbing communities of their own supplies of water and shipping it elsewhere for profit.

But did you know that fossil fuel extractions also have an impact on the global water cycle? This industry is removing water from both above-ground and below-ground sources at astounding rates, and is replacing it with polluted, toxic chemicals that are harmful to neighboring communities. This damage and destruction is all done through a process called fracking and it’s proving to be quite an enemy to our freshwater security

It’s likely you’ve heard the term “fracking” in discussions around oil and natural gas extraction. And you may have even heard about the community backlash that is spawned by this activity. But do you know exactly what fracking is and how it works?

“Fracking” refers to “hydraulic fracking” which is a method for extracting oil or natural gas from the shale below the earth’s surface. A drill is sent downward and then often horizontally where a mixture of water, sand, and chemicals are injected into the shale at very high pressure. The rocks fracture apart and the oil or natural gas is sent upwards to the surface where it is harvested.

Utilizing this method for oil and natural gas extraction is particularly appealing to countries like the United States and England who have oil and natural gas deposits, although at difficult-to-reach depths. Fracking puts these deposits more within reach and allows these nations the opportunity to access fossil fuels on their home soil, improving energy independence and decreasing reliance on foreign supplies of energy.

Of great importance in that description of fracking was the fact that both water and chemicals are utilized in the process of fracturing apart the shale rock. And herein lies the problem that fracking presents to our water supply.

Water Down the Drain

The first problem for water supplies that fracking presents is simply the water it uses. Between two and five million gallons of freshwater are used in each fracking well. And with hundreds of thousands of new wells being built over the last decade in the United States alone, that amounts to absolutely massive amounts of freshwater being channeled away from direct use in drinking or food supply, and going instead towards the fossil fuel industry.

Fracking operations do not seek out areas where freshwater supplies are abundant. Rather, they go to where the oil and natural gas are, regardless of freshwater availability. This is especially true in California where a historic drought has gripped the state for four years now. A recent study shows that fracking operations in California used 70 million gallons of freshwater in 2014! For a state with an estimated one year of water left, this is an especially concerning statistic.

A Chemical Cocktail Left Behind

Those chemicals used in the fracking process enter into an important discussion once they are injected into a drill site. Unfortunately, the oil and gas industry does not have to completely disclose the chemicals used in the process, however, the chemical-laden water is expected to contain over 100 endocrine disruptors and carcinogens as well as acetic acid, formaldehyde, and boric acid.

This highly polluted water may be less of a problem if it were recovered and treated by the fracking industry. However, it is believed that only half of the water returns to the surface for storage. The other half most likely remains below the earth’s surface where it threatens to enter underground drinking water supplies of neighboring communities. So, even if fracking operations left enough freshwater behind for use by citizens, there’s a very real chance their whole supply can then become tainted by an assault from a chemical cocktail.

The most obvious solution to eliminate fracking is to remove your support for the fossil fuel industry completely, but going entirely off the grid may be out of reach for many at the current time.

You can still, however, exercise your voice to speak out against the dangers of fracking and of the problems it presents for water security. The Food and Water Watch offers information for local communities looking to ban fracking in their neighborhoods. For the sake of protecting your water and community health, you can get involved to keep fracking operations out of your backyard.

You can also let the government know how you feel about fracking and your wishes for the American people to be protected from the dangers this industry created for freshwater supplies. Make sure your voice is heard and the government understands your opposition to the fracking industry’s attack on our water supplies!